Fit for a Queen at Buckingham Palace

Al was up early as she had first a cab to catch and then a train..
She got the train down to London and then the tube to Green Park and a nice walk to Buckingham Palace. 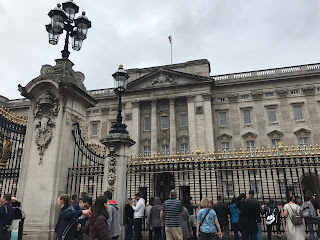 For Al's birthday back in May, Terry had brought her tickets to visit Buckingham Palace and they all met at the gates.. 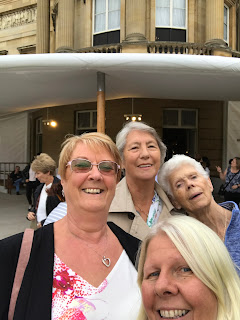 Al was taken round all the state rooms where the Queens honours and duties are carried out. No photos could be taken, but Al was blown away with it all. You were taken to different levels of the Palace and shown the gardens. 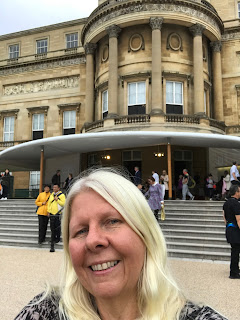 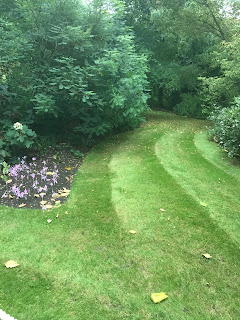 They also had tickets to go to the Muse where the carriages and cars are kept and where the non commutable workers at the Palace live, and of course the horses. 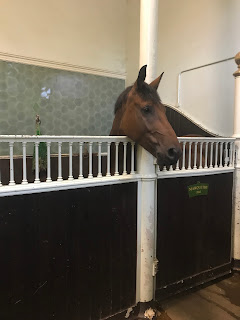 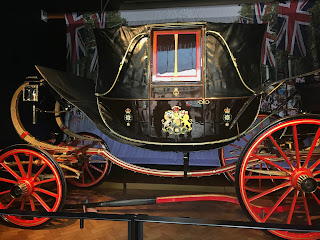 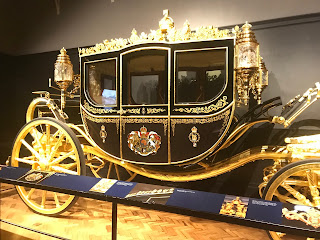 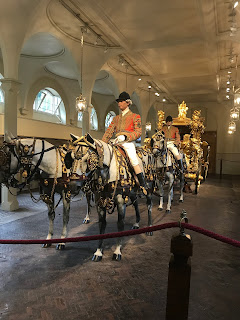 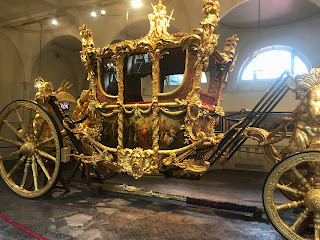 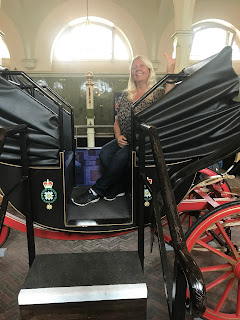 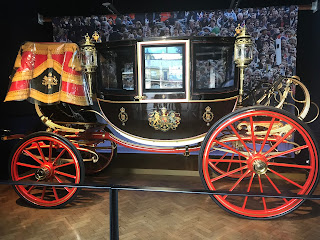 The visit ended with tea and cakes of course as they talked about their experiences.
They went and had a couple of drinks in a nice pub and in the late afternoon went for dinner in Prezzo's where Terry had organised vouchers for them all. Al got the train back from Euston and arrived back on Derwent6 at 10.20pm
Thanks Terry it was a fabulous day and will always be a memory!

Del on the other hand!
You would have though it would be simple to collect a faulty battery from a pub, but it has taken three days and it's still not collected.
Phone call after phone call, left on hold for 15 minutes and had to put the phone down. All we want to know is when are they collecting it..
The last conversation went "Oh we now have TNT doing the collection and they should be there between 3.00pm and 6.00pm" Guess what! they never turned up and when you phoned the office they were closed for the day, convenient! So a call first thing in the morning will have to be a 'bite my tongue' conversation, as we want, and need, to move..
Posted by Del and Al at 9:25 PM