Moving on (in the end)

We were up in the early mist again just in case the collection of this battery caught us out.. No Chance! 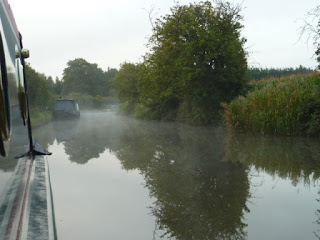 We phoned at 8.40am to be told by staff they weren't open till 9.00am (turn your bloody phones off then)
At nine they said they would get back to us, they didn't but the courier company did, saying they could pick it up in a couple of hours, and they would phone us ten minutes before arrival. Sounds professional that..  So breakfast was called for while we waited, and this was a time to try out our fresh Blackberry jam on a bit of toast, Mmmm it was lovely!
They did arrive, but late, in fact it was 12.45pm and they phoned when they were waiting for us at the pub, but they did phone!
At last we had got rid of the dud battery and could move on..
We set off at 1.00pm and we would just see how far we could go.. 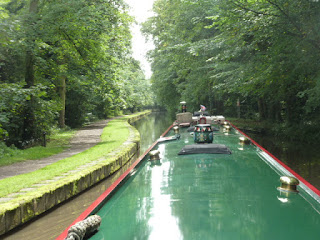 We passed Whittington and then got to Hopwas. 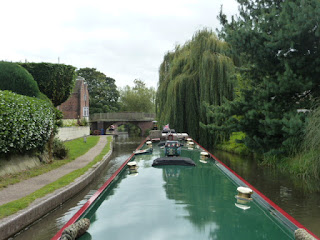 It was windy but the weather was being kind to us with the wind behind us.. We pulled up at Fazeley Junction for water and managed to get rid of our rubbish in town.. Al picked up some lemons and some fridge stuff. It took 3/4 of an hour to fill Derwent6 and we set off again as soon as we could.. 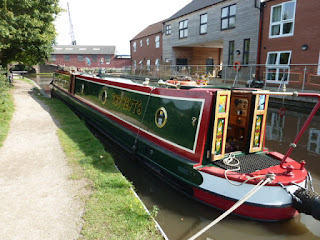 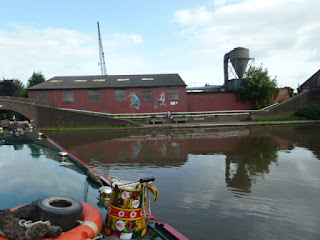 Well maybe we shouldn't have done that, because we turned the corner to find a CaRT boat off its moorings and across the canal in front of us.. We moored up and managed to pull the barge back to it proper place and retie it up. 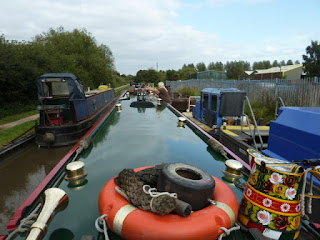 What goes around comes around, because when we got to Glascote locks a boat was just coming out so they were both in our favour.. 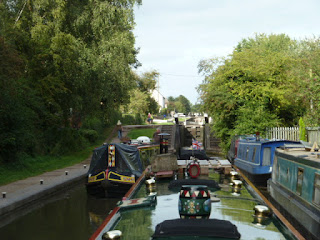 We made our way through Tamworth and the sun was trying to peep at us, but when it went back in it left a very autumnal feel about the place.. 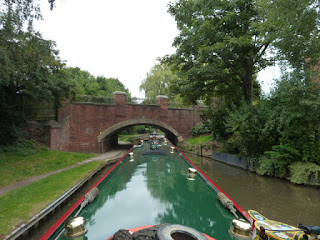 As it got later through Alvecote and then Polesworth it was very pleasant cruising. The canal had that glass finish which Derwent6 was gliding through and the wind had dropped through the wooded sections.. 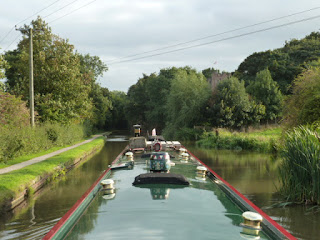 We even had a audience, and one couldn't get in the front row. 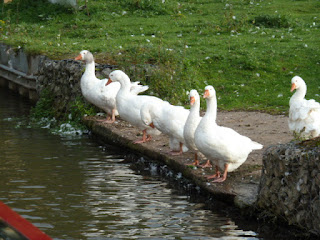 One of our favourite moorings was still available and we could tell it was getting late. 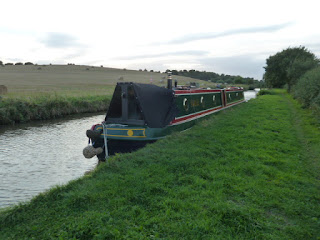 It was 7.00pm when we chained up and sorted out the satellite dish. Tooty was itching to get off and explore his new territory, he must have had all the mice at Lichfield. 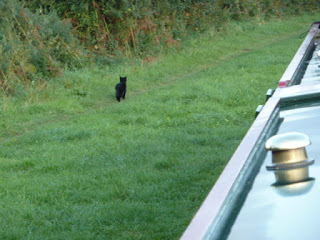 We don't seem to mention him as much now because he has adapted to Derwent6 so well. He sleeps during the day and susses out his new mooring in the afternoon, and then waits for his fun night at dusk. He always comes back in at dawn with a MEOW! at the pothole bedroom window, he eats and he sleeps and does it all again the next day.. He loves it!
So we were settled for the night. Al had had some Jacket Potato's on the go for when we stopped and it had kept the boat nice and warm when we moored up, also they went down well with some ribeye steaks.. Mmmm
Its so nice not having to worry about the batteries now, and with the nights drawing in I'm sure they will get tested to the full..
Posted by Del and Al at 9:39 PM