We had to go this morning, we had itchy feet again and we only had a couple of days on our pumpout, so we set off at 8.30am.. WooHoo it felt nice to be travelling down stream for the first time this year with Derwent6 at idling speeds. 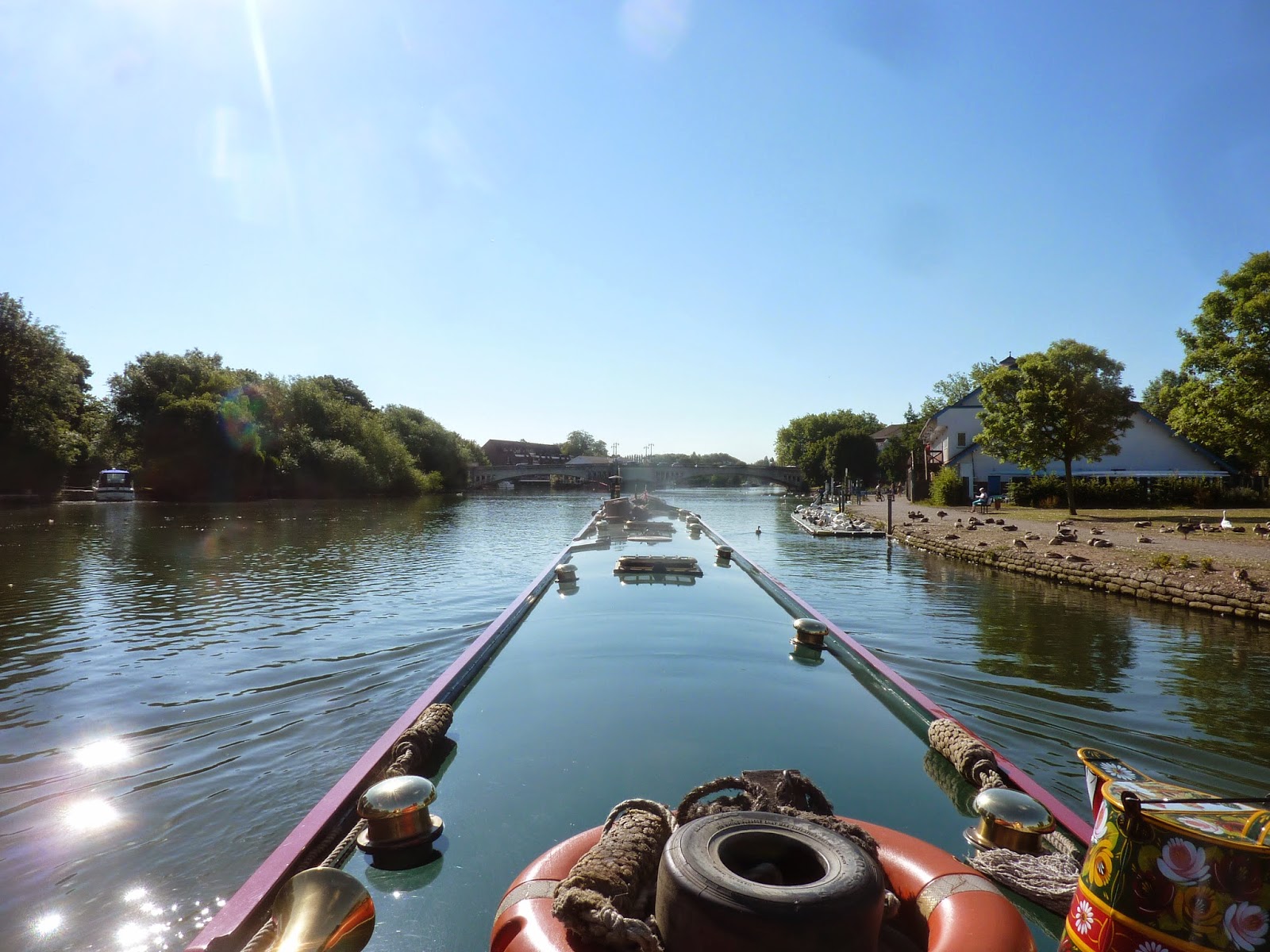 We got to Caversham Lock just before it opened, good timing and then pulled into Better Boating Marina for Diesel just before it opened. We filled with diesel here even though it was 99p a litre but we did manage to get self declaration with them.. We also had a pumpout while we were there in case the stations were busy on the Thames..  Next stop......Food!.
We cruised down to the Tesco moorings and couldn't believe how empty it was.. 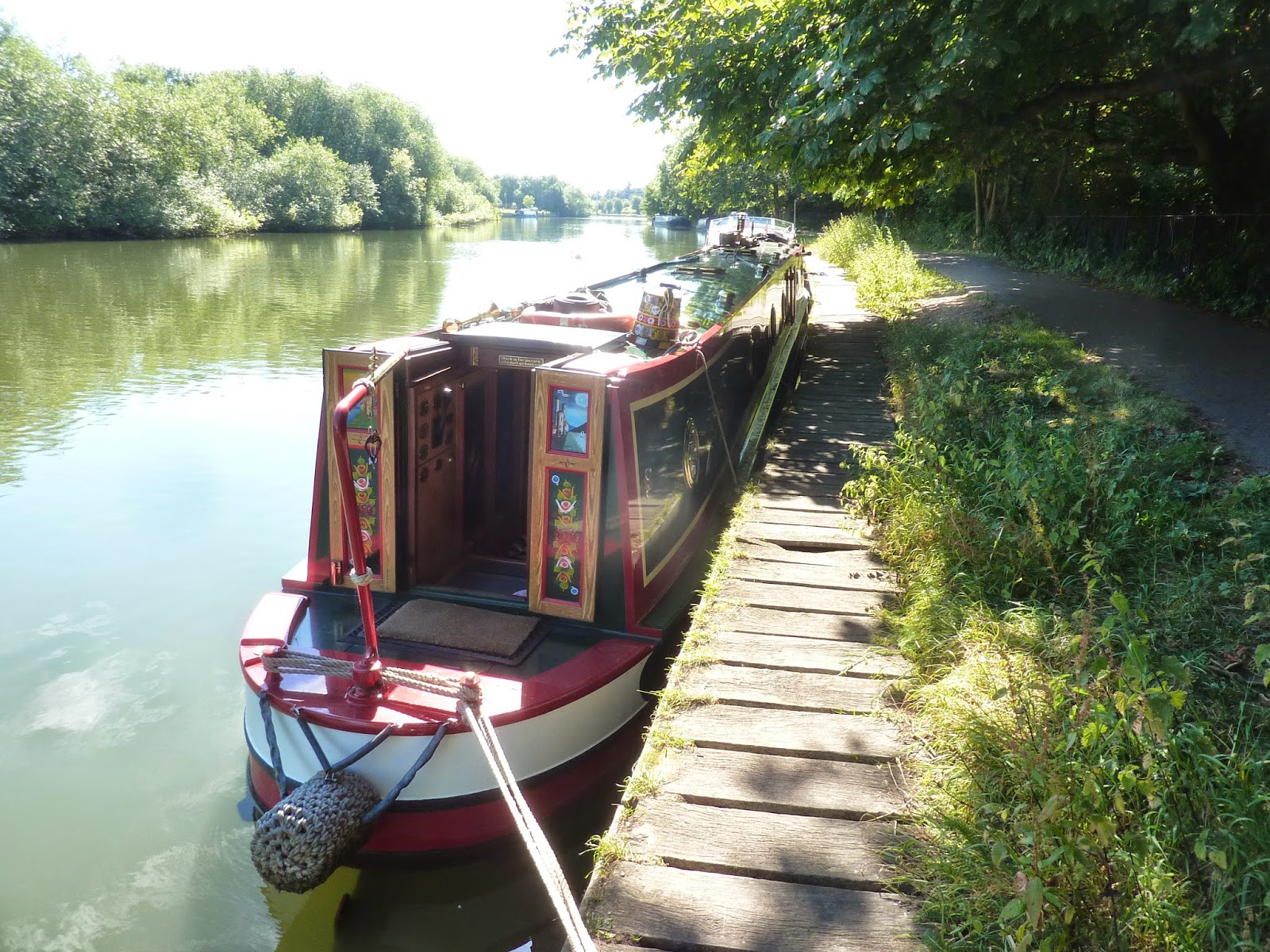 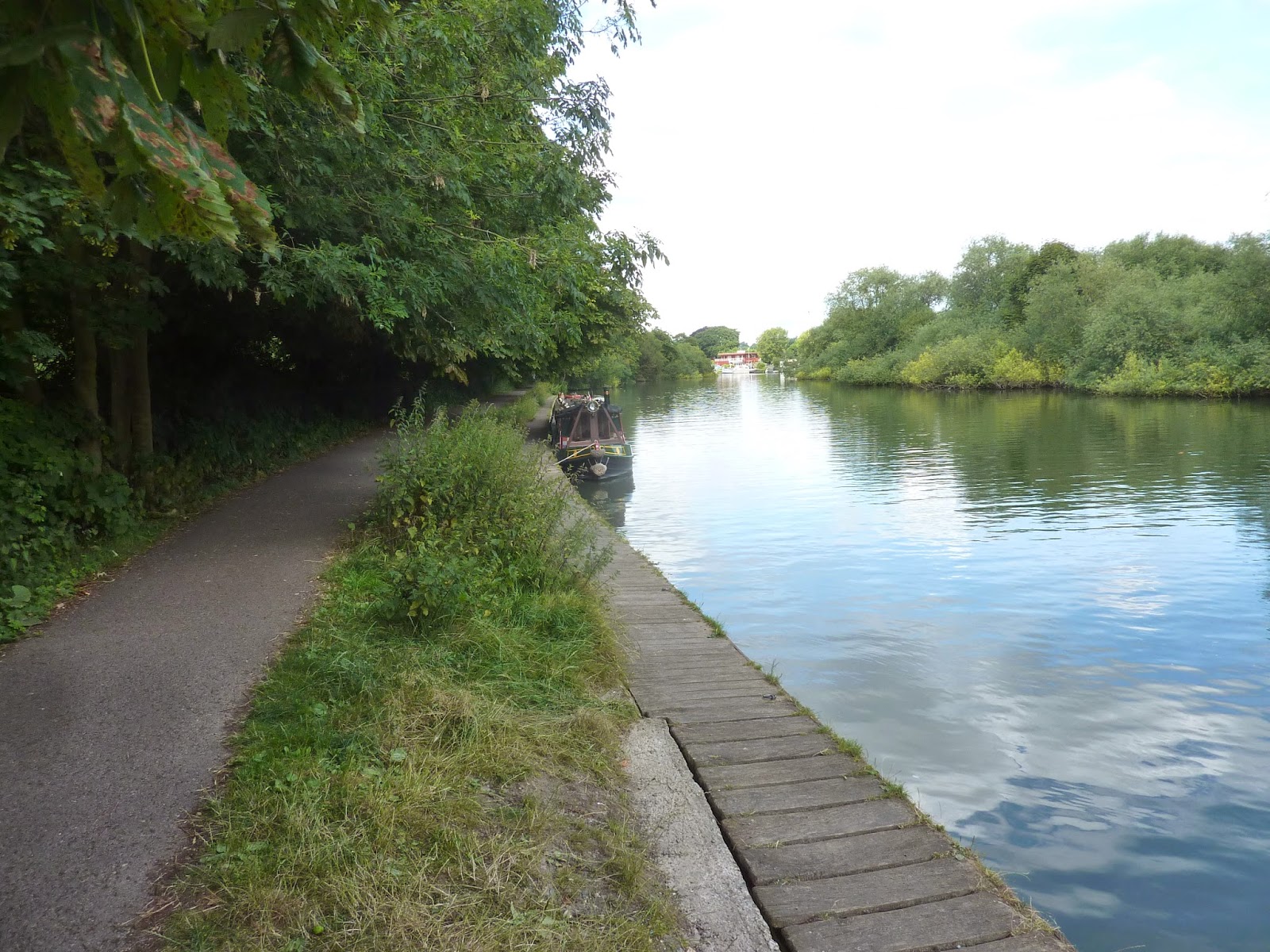 Al popped in to mainly top up the drinks.. Can you also believe this weather Phew! we love it... The cupboards were also filled with BBQ and salad stuff..
So heavier at the stern and in the middle we needed weight on the bow, so we pushed off to Sonning and then passed another favourite mooring of ours.. 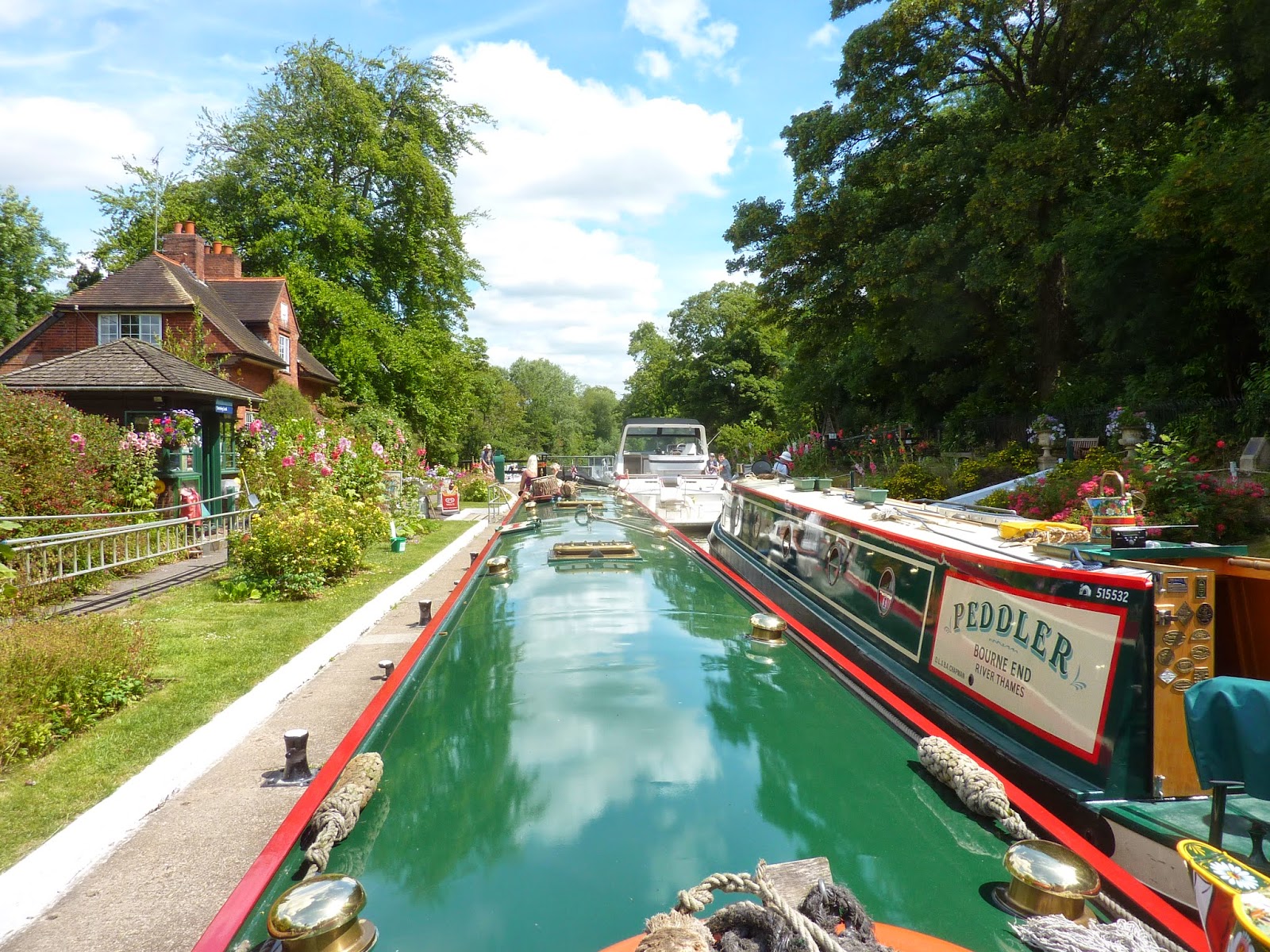 We stopped again at Shiplake and filled with water and then got in the queue for the lock.. 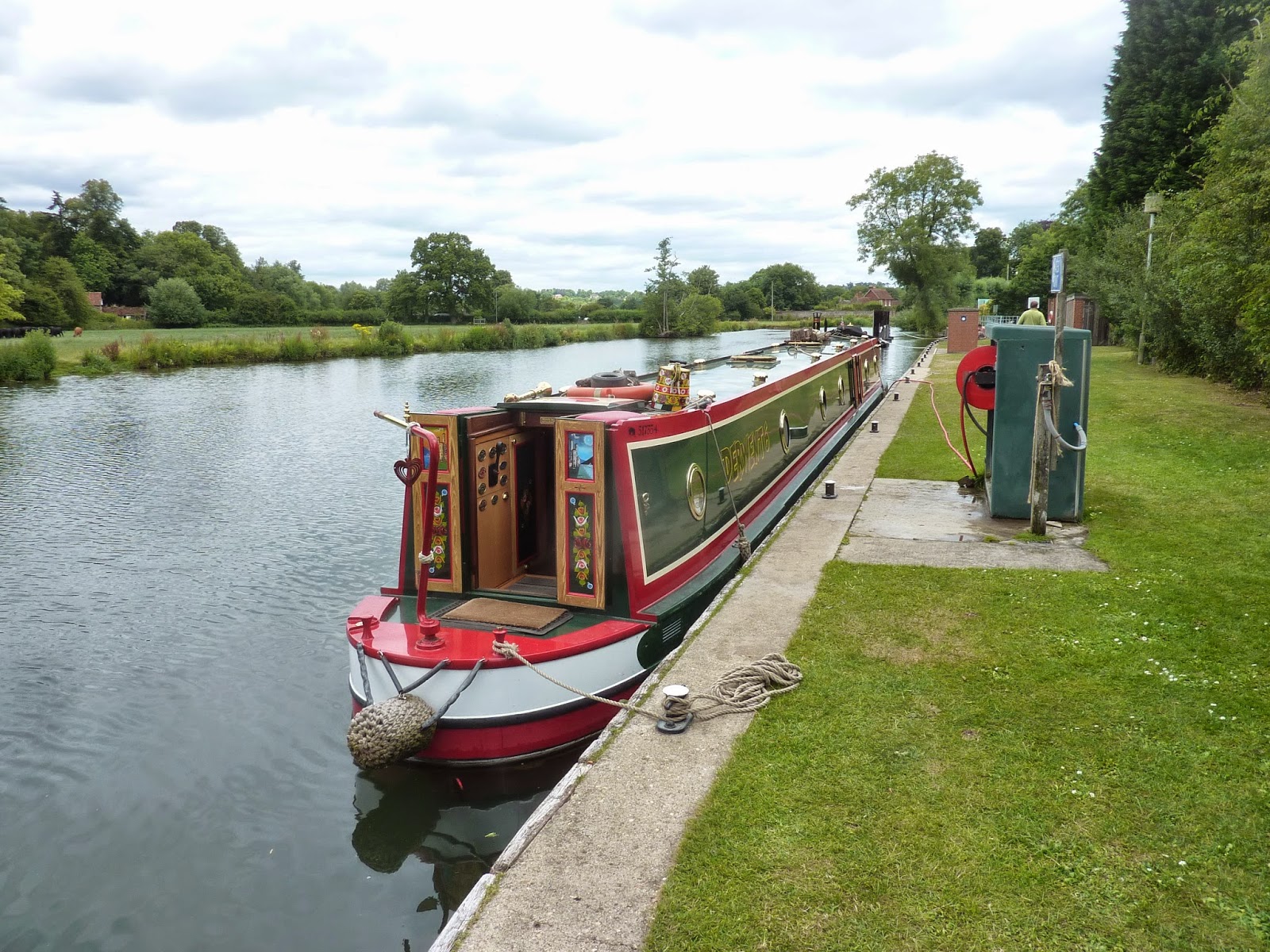 We then got to Henley and we just missed the Swan Upping as they were at lunch there, but we saw the boats and them giving a display to the kids.. 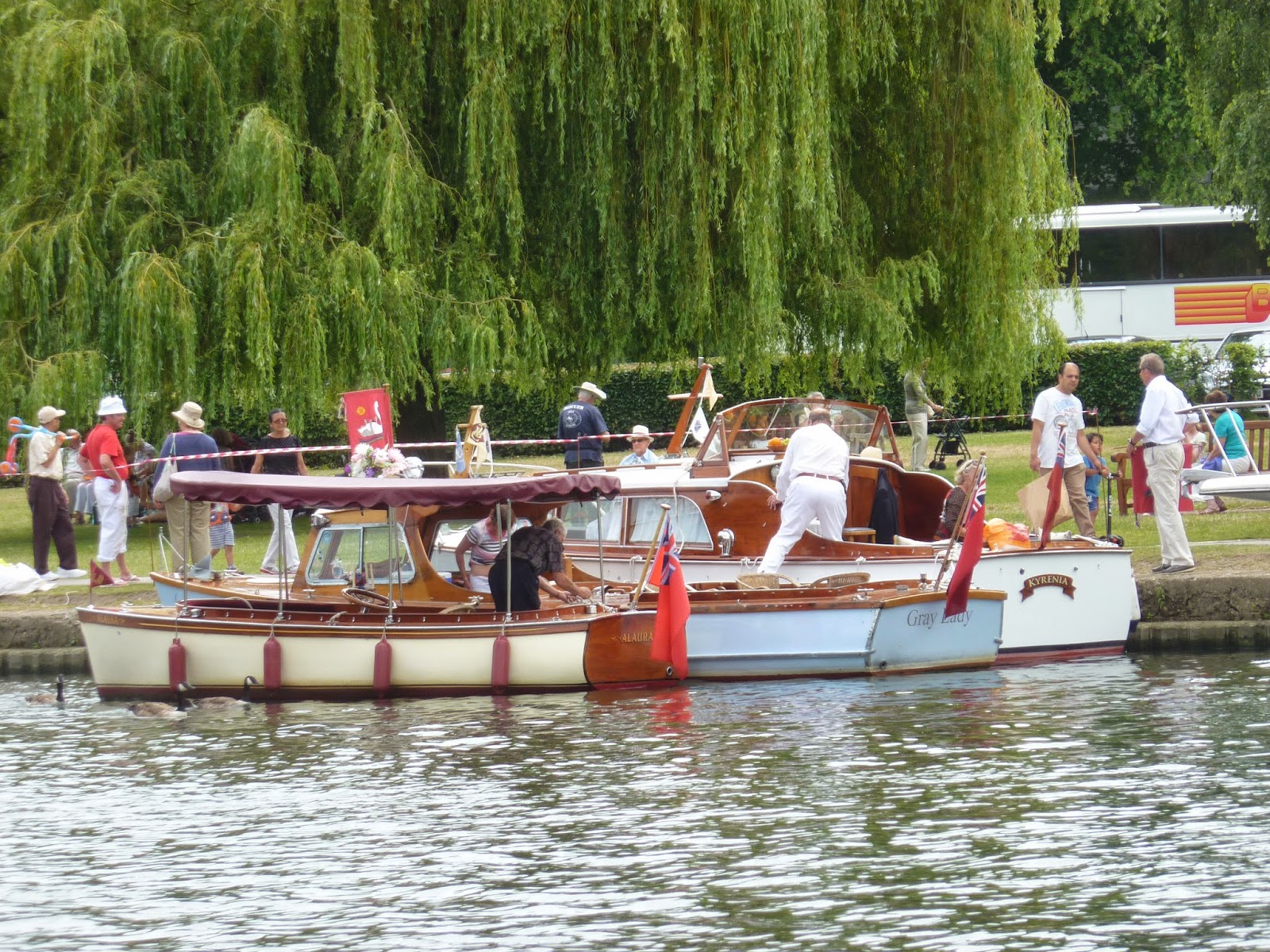 We couldn't stop at this point it was so busy with people and boats because of it.. They even had an American film crew following them with drone camera's.. 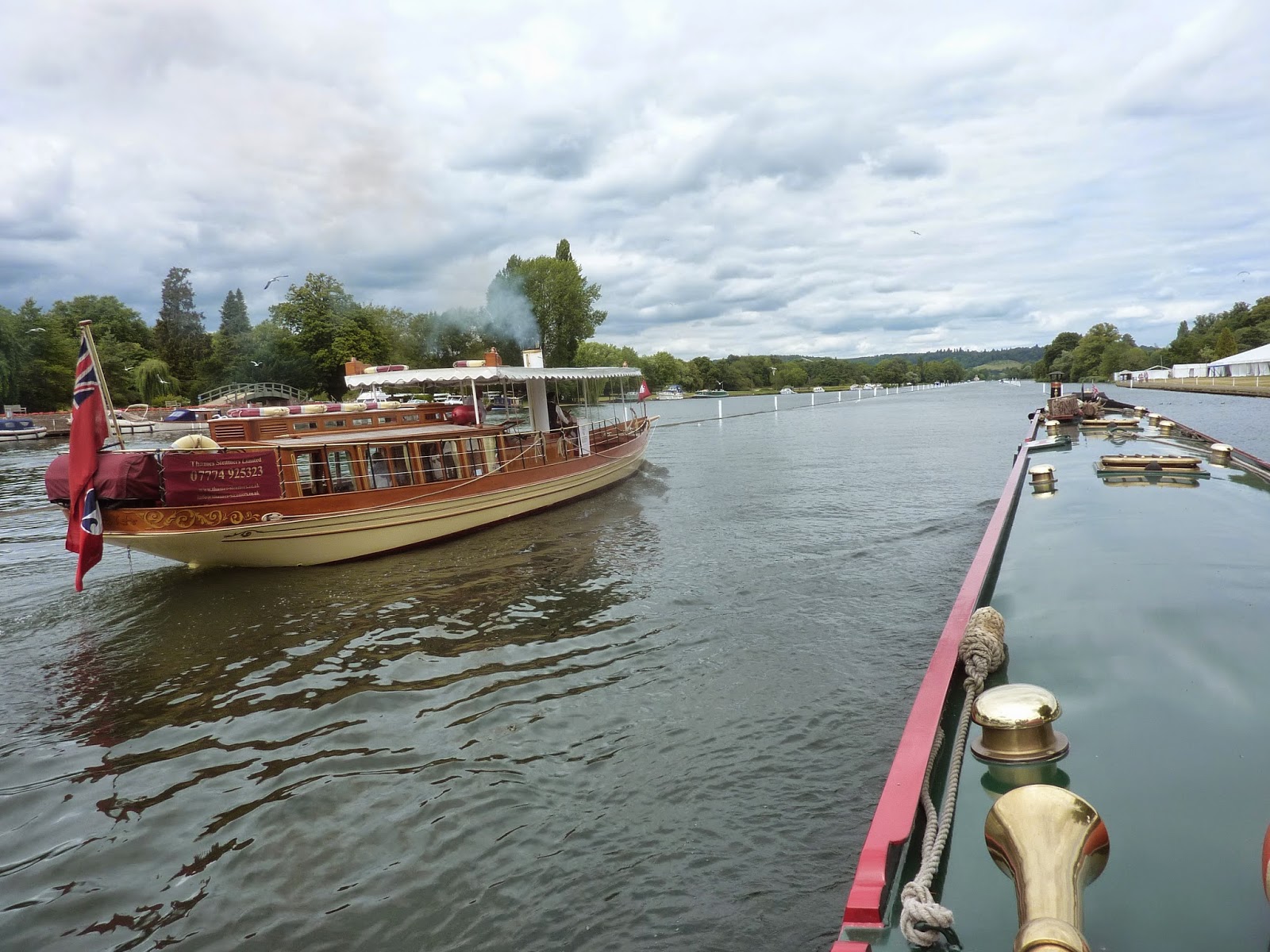 We got to the next lock at Hambleden where we were told one of the drone camera's went into the water and the locky had to fish it out.....never a dull moment, and as the gates opened two swans came in with their signets. 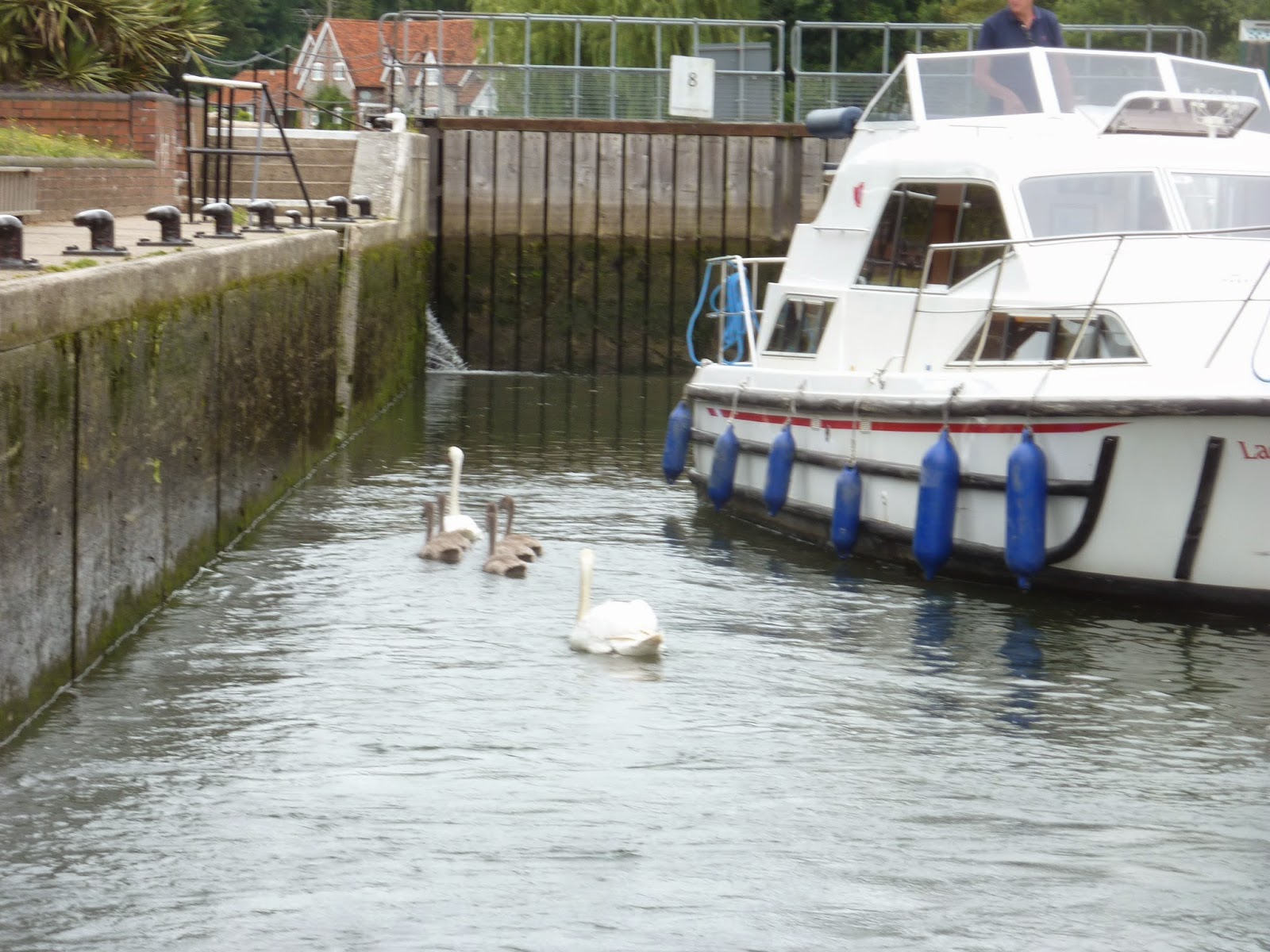 We flowed on down to Marlow in the hope we would get a mooring.. No Chance! the Swan Upping hadn't done us any favours, so we then thought Bourne End and no chance there either in fact they were three abreast..
So we moved onto Cookham and that was busy so that made our mind up to take a chance and head for another favourite mooring of ours at Bray.. 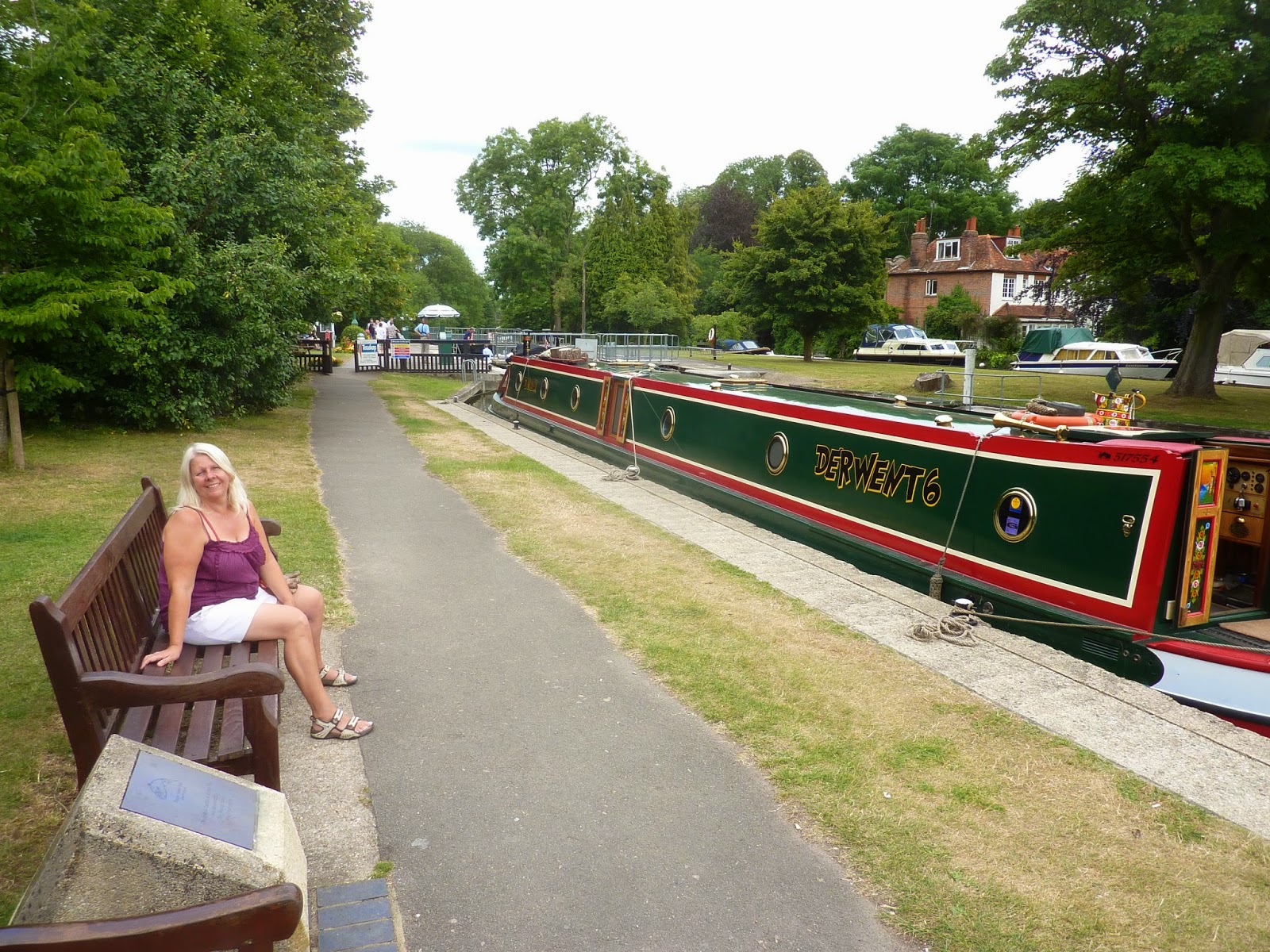 Time was getting on at Cookham and we just missed the lock keeper so the lock was on Self Service at 7.00pm. 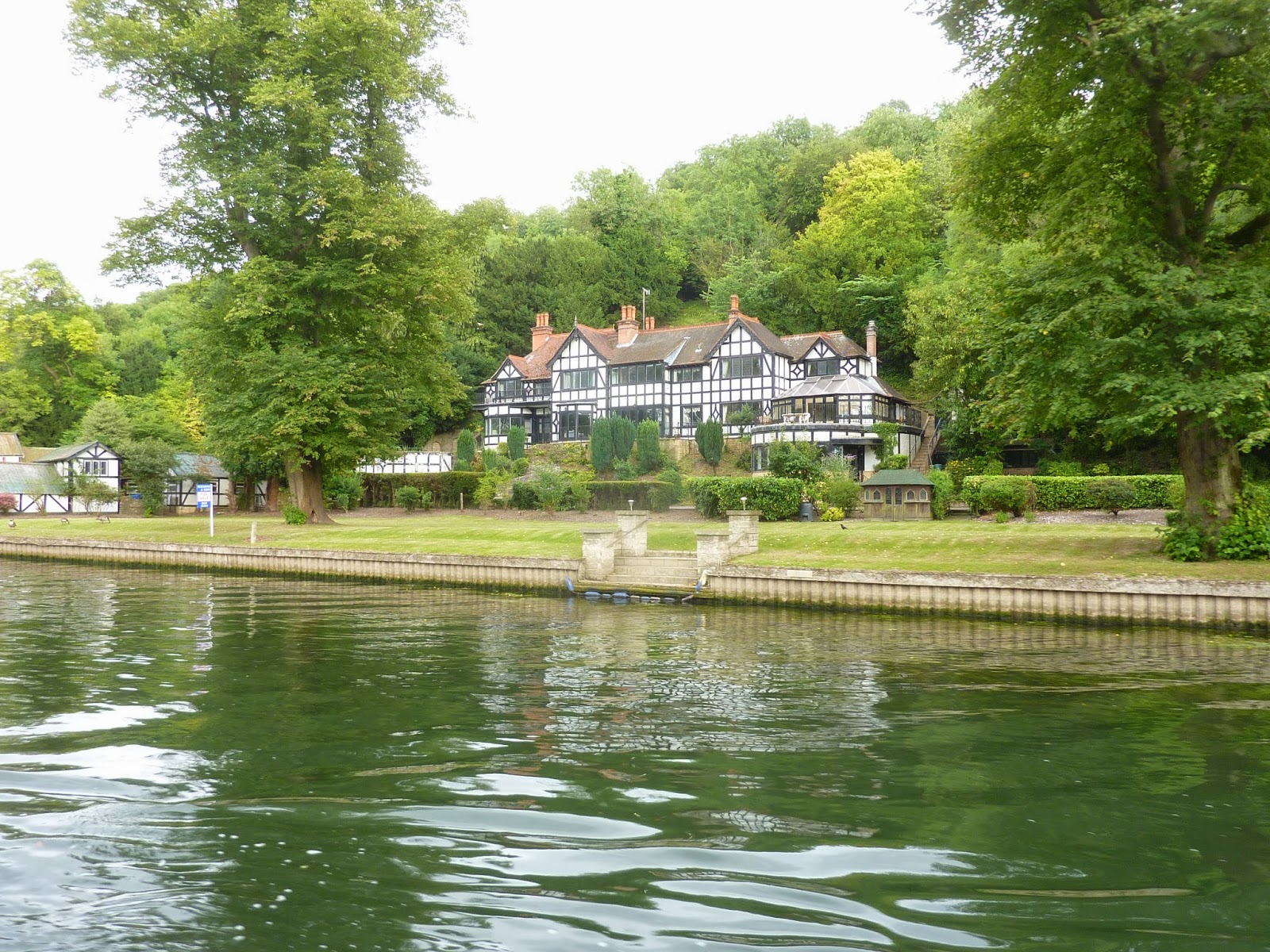 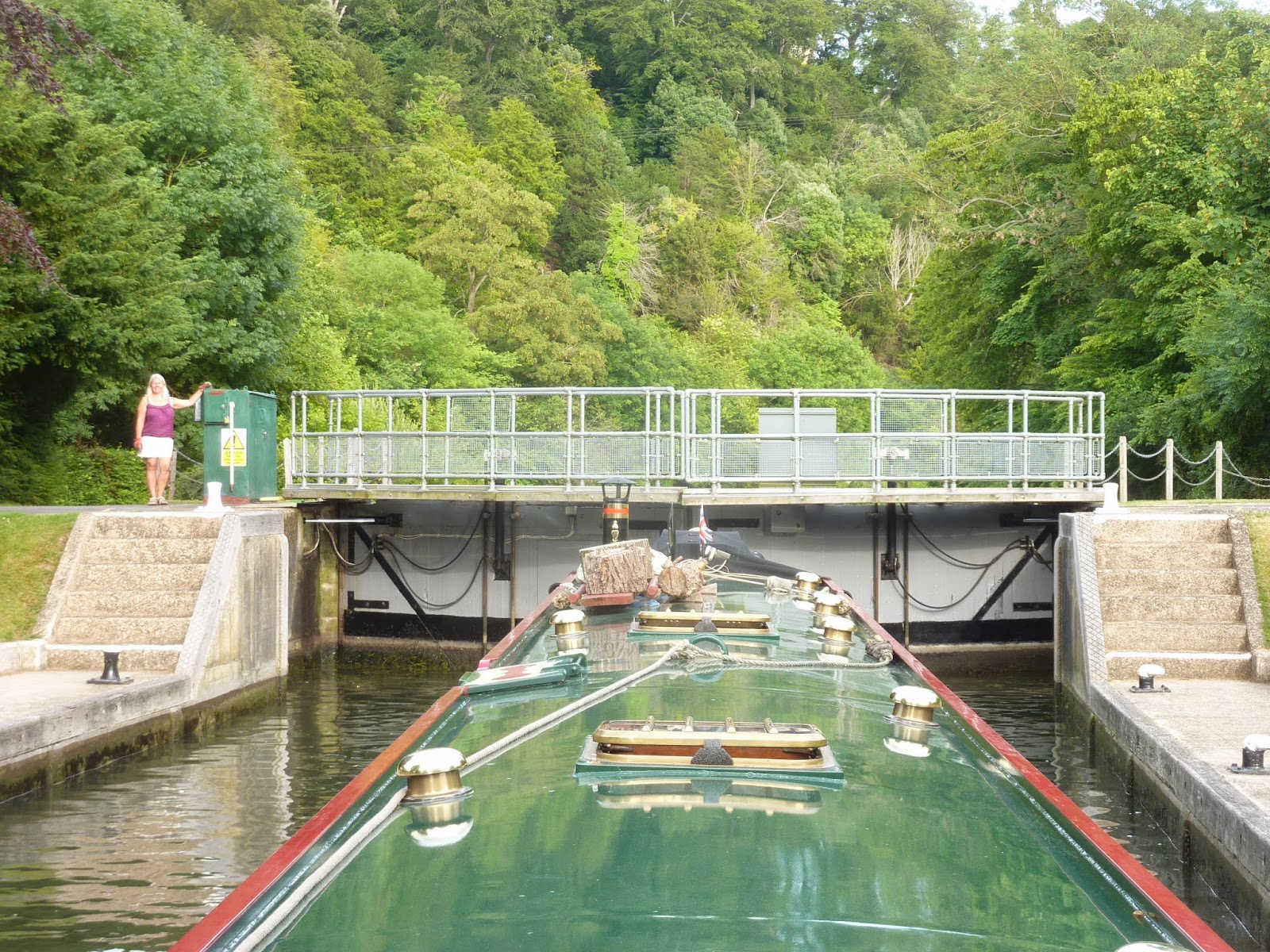 We had it to ourselves so it was a nice steady drop and we carried on to Maidenhead..  It was lovely cruising this section as it was so warm and the water was like glass with all the wildlife out and about.. At Maidenhead Lock a boat had just gone through and it was so slow filling but we got through in the end and it was 8.00pm. We passed all the millionaire houses and turned the corner.. Blimey our mooring was still empty... we swung Derwent6 round and moored up.. 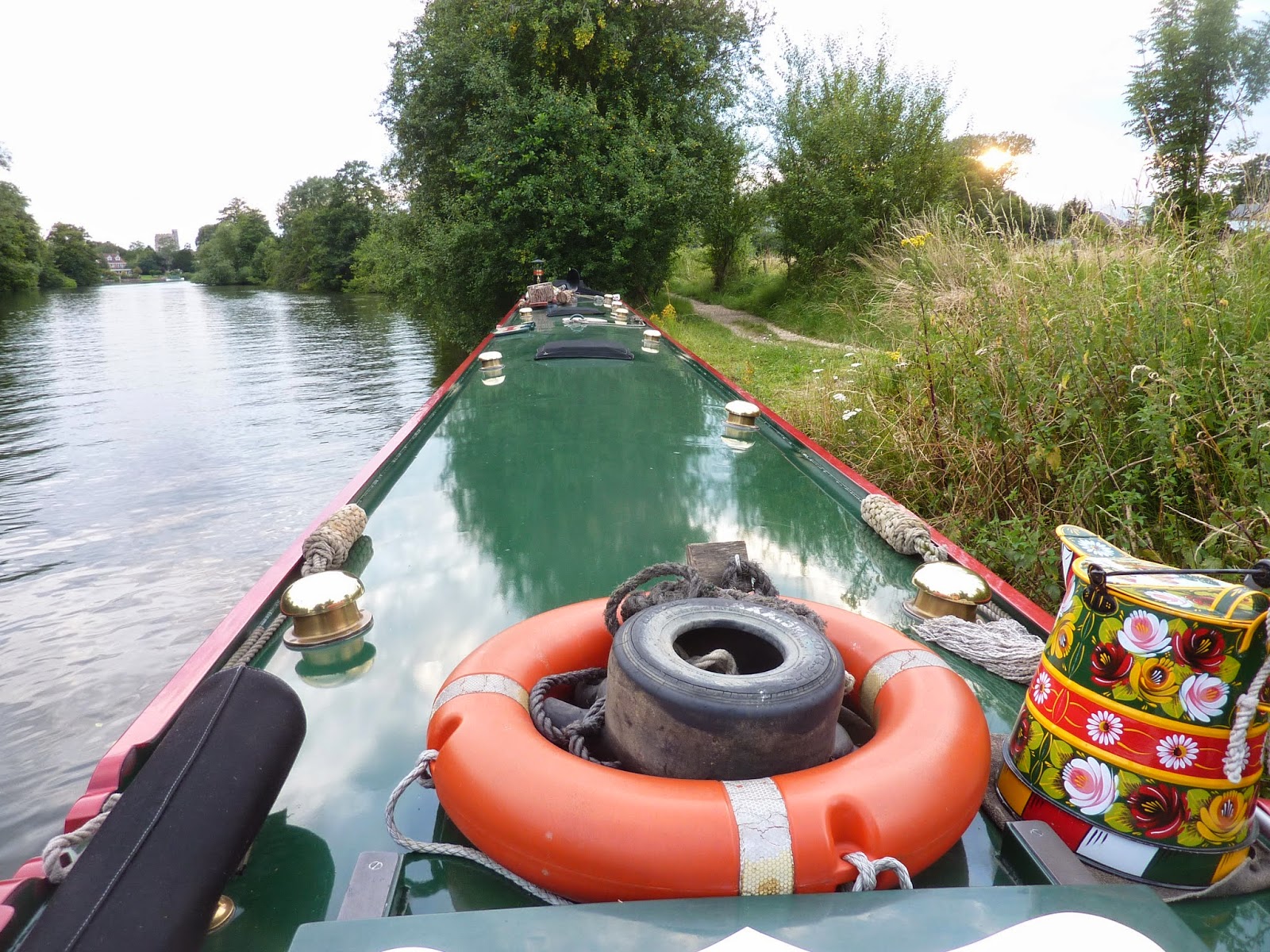 It was 8.30pm... Twelve hours cruising and what a lovely day cruising we had.. We then chilled out in the cratch with a glass of wine for the sunset.. We feel soooo lucky!!
Posted by Del and Al at 1:25 PM