Del got a call from the boys saying that they were going to go to the Duxford Warbirds Airshow on Saturday, but to miss the traffic they would have to leave at 6.00pm in the morning.. So Del ended up leaving for Kent on Friday afternoon to join them.. Al stayed on Derwent6 and looked after the fort..
We have had just the best weather here on the Thames and are making the most of it..
On Saturday Del jumped in with Bernie and Steve who kindly drove up the M11 to the airfield.. The whole reason for going, was that for the first time, twelve WW2 Spitfires were going to be flying in the air at the same time, almost like a full squadron, a sight not to be missed..
We got there early before the gates opened and then took some chairs in and got a good spot for the afternoon show.. we then had some nice bacon butties with a coffee and started to wander the stalls.. 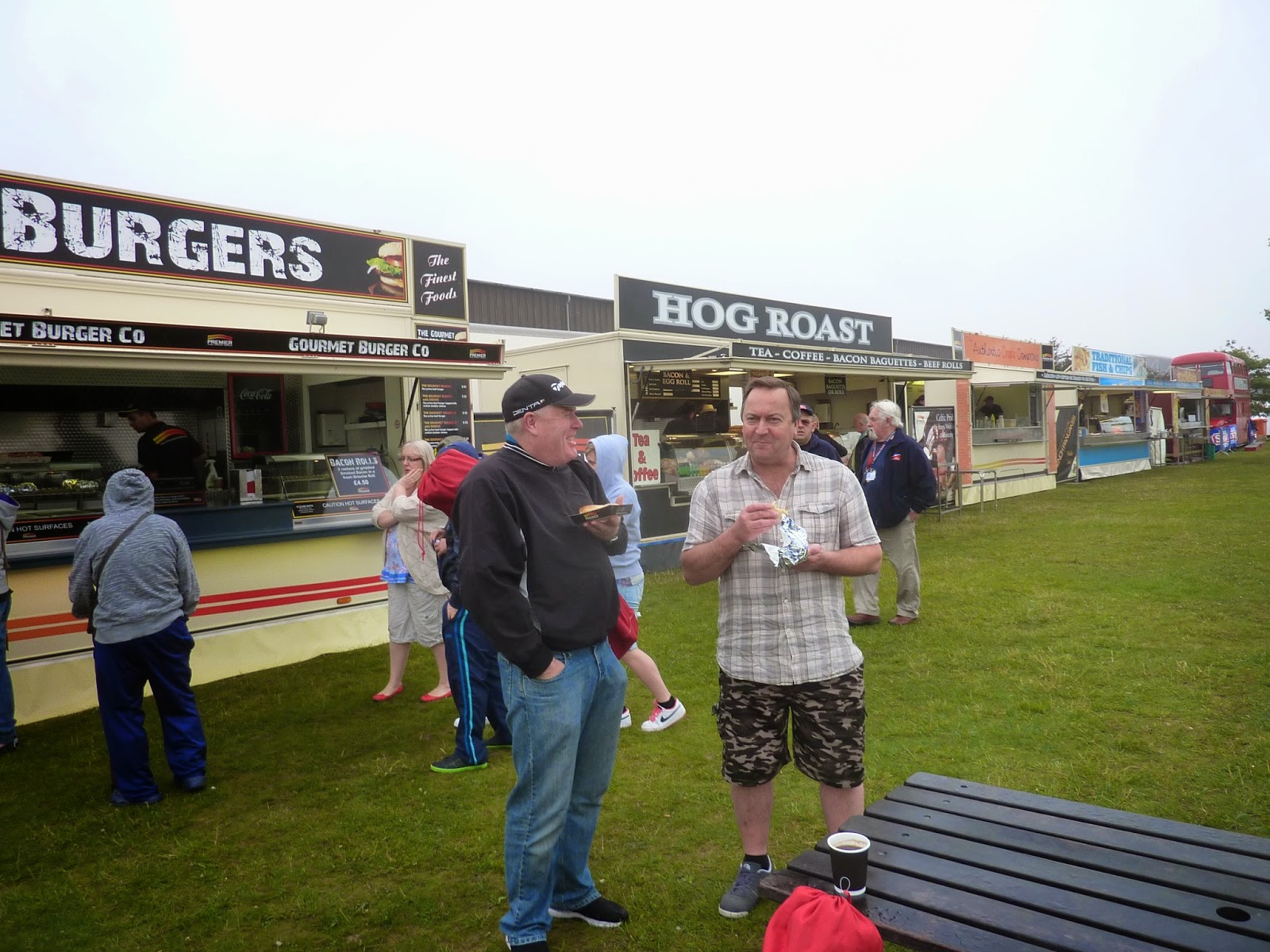 Duxford is part of the Imperial War Museum in London and it has loads of hangers full of all different aircraft.. It also has loads of things for kids and shows the history of flight and how a plane flies. Del even found the Derwent9 engine. 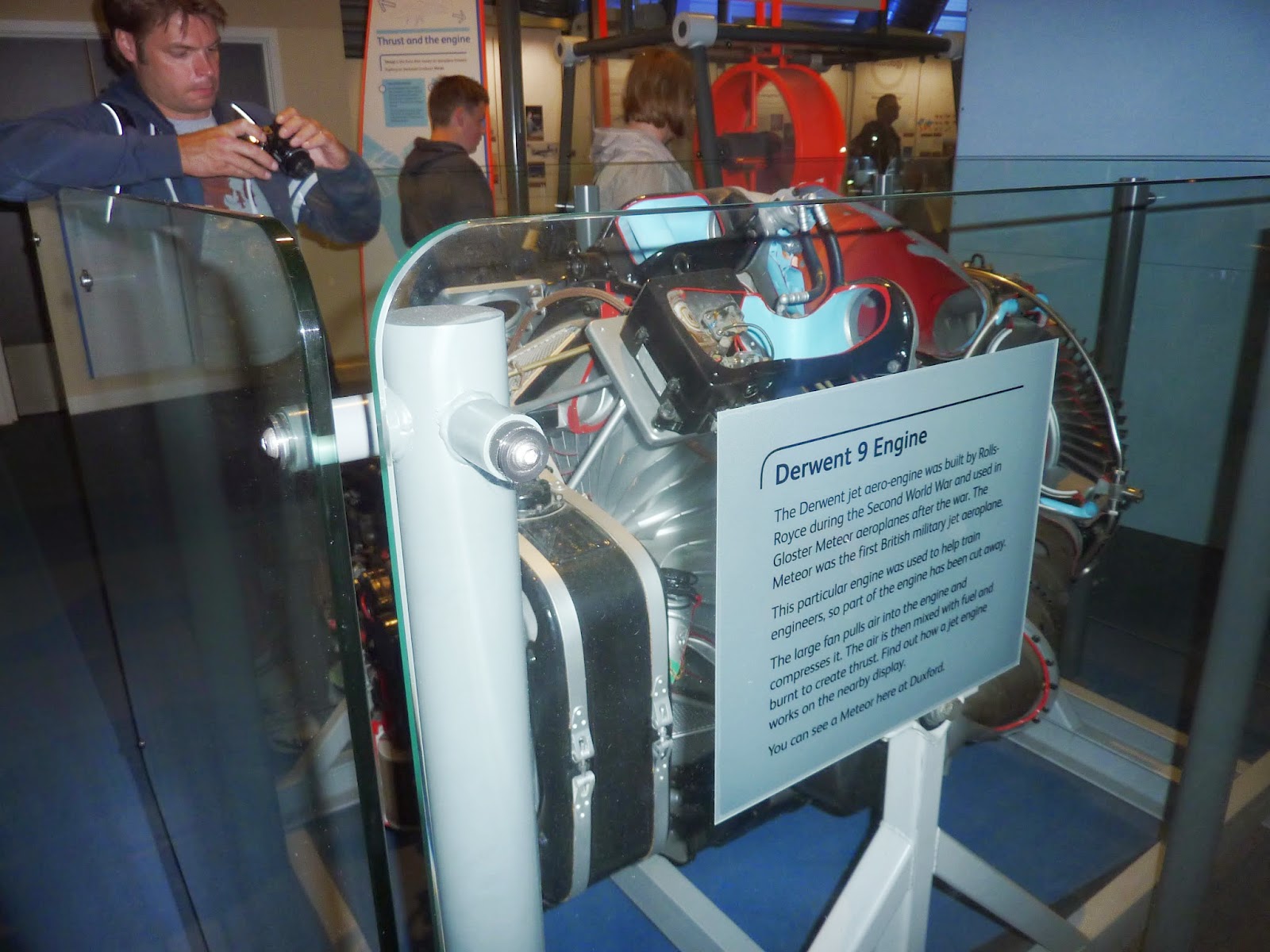 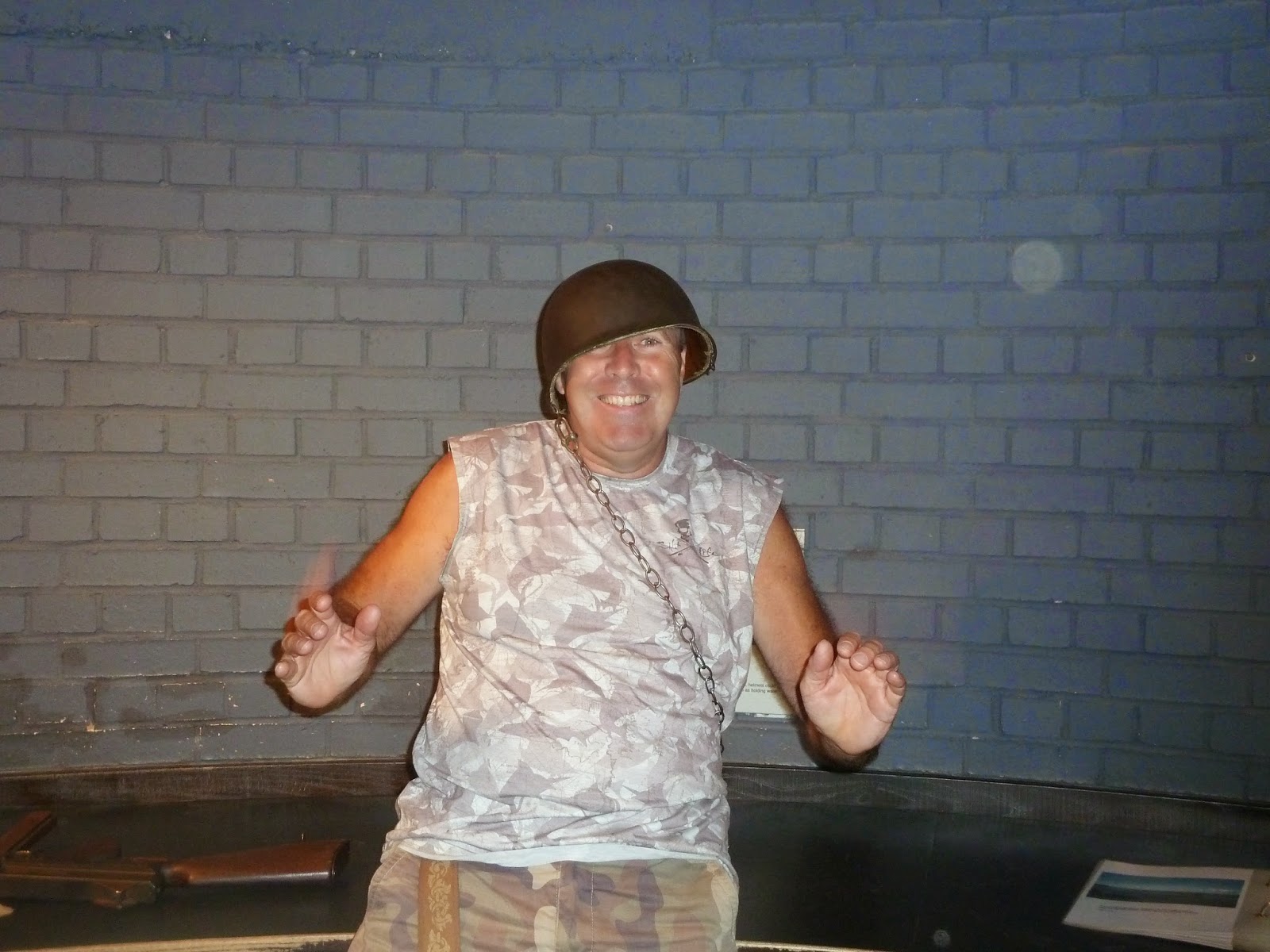 At 11.00am we could then do the runway walk where all the planes flying were lined up on the runway, it cost an extra fiver to do it but we it had to be done.. 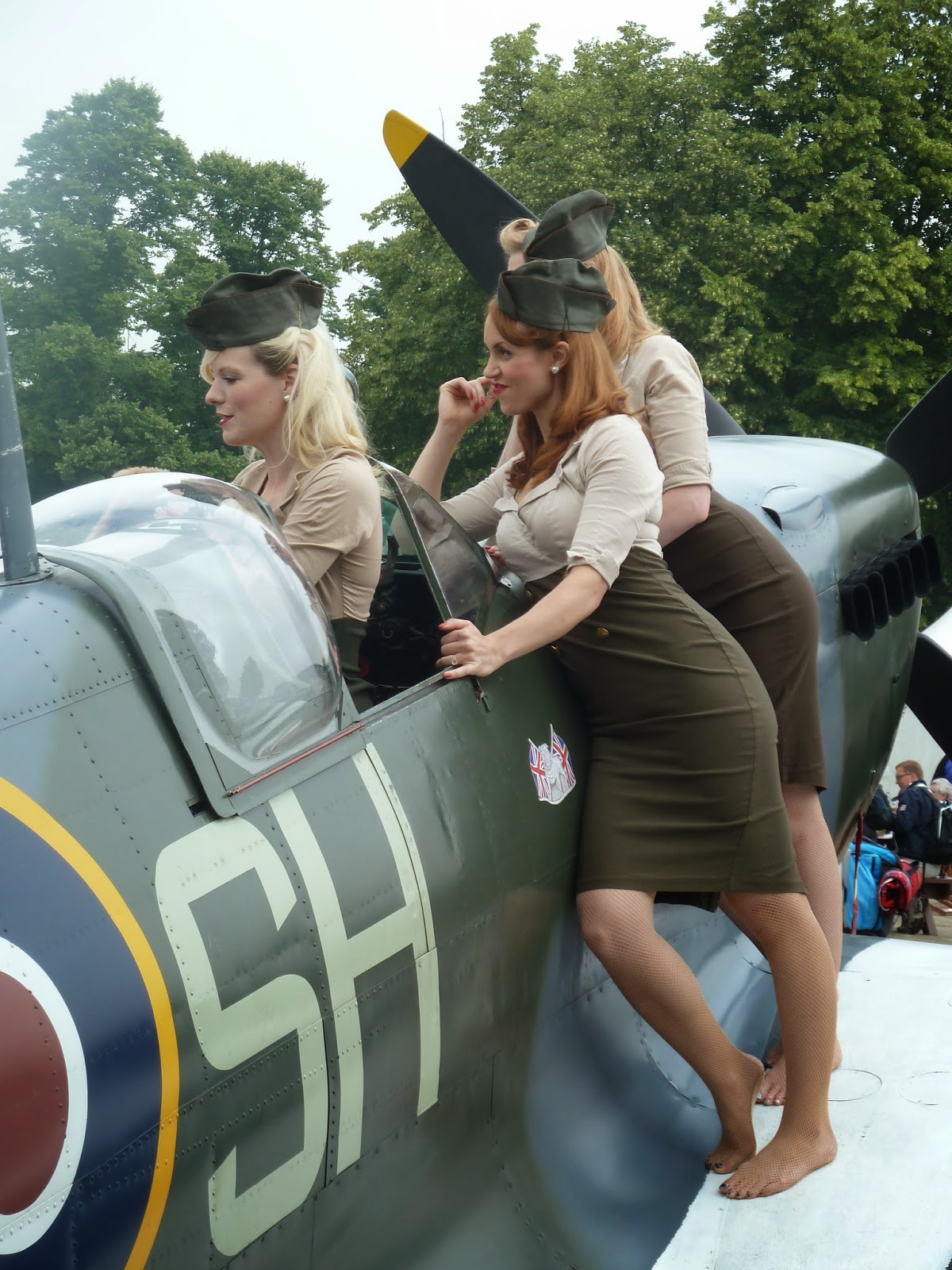 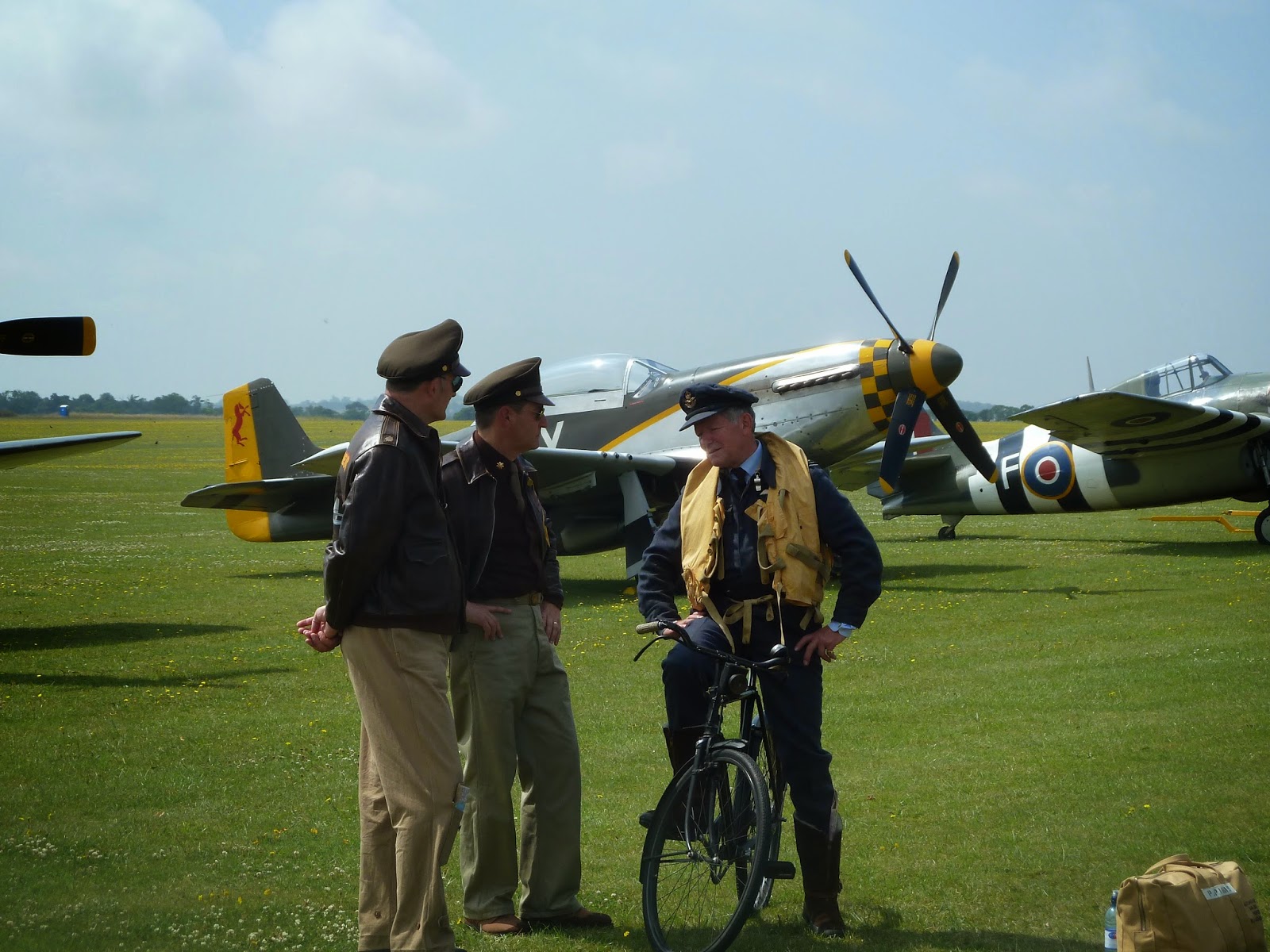 At 2.00pm the flying started and the sun was out in all it glory.. 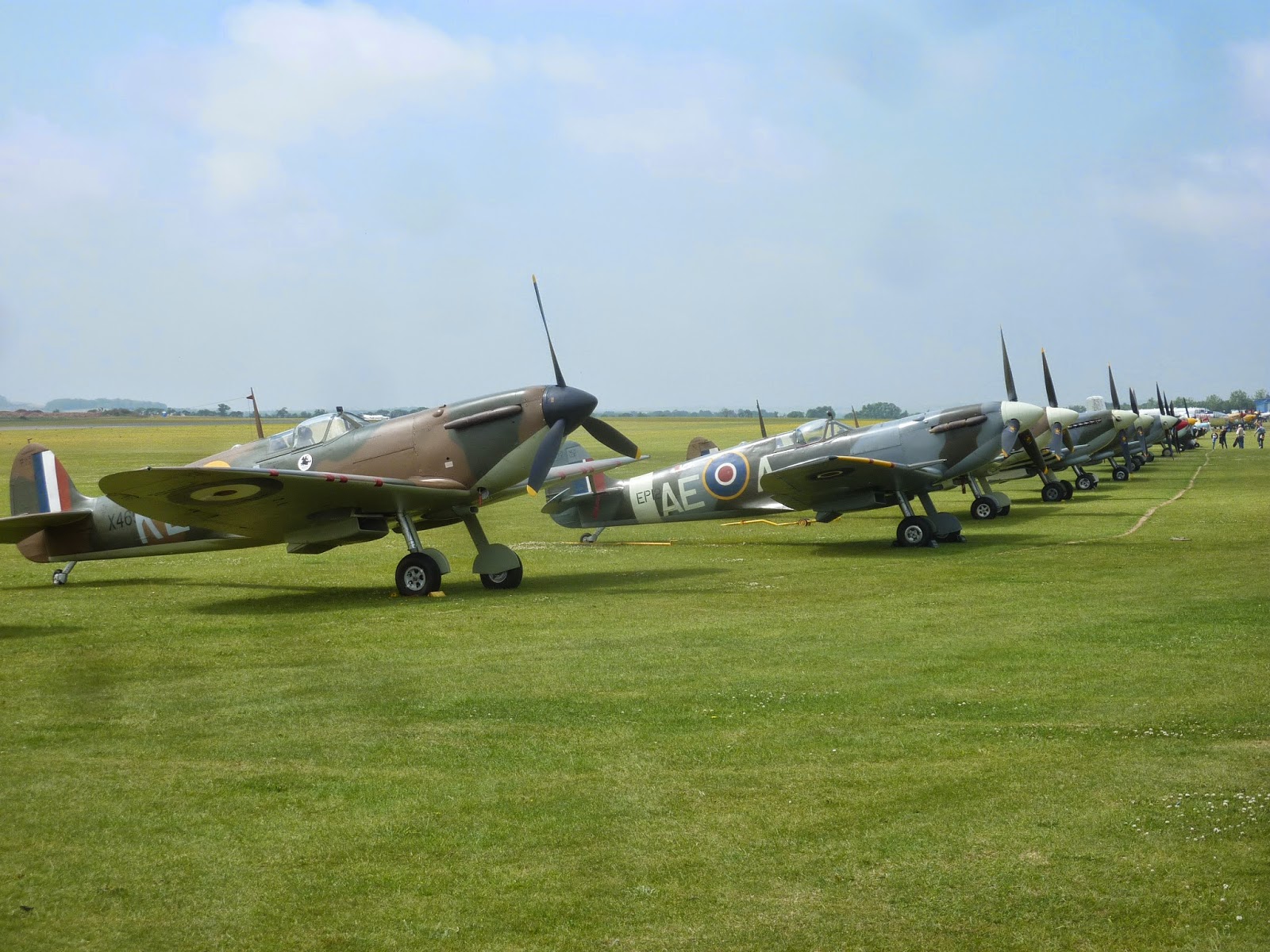 The start was the sound of one, then two, then three, Merlin engines idling on the runway just a great sound... 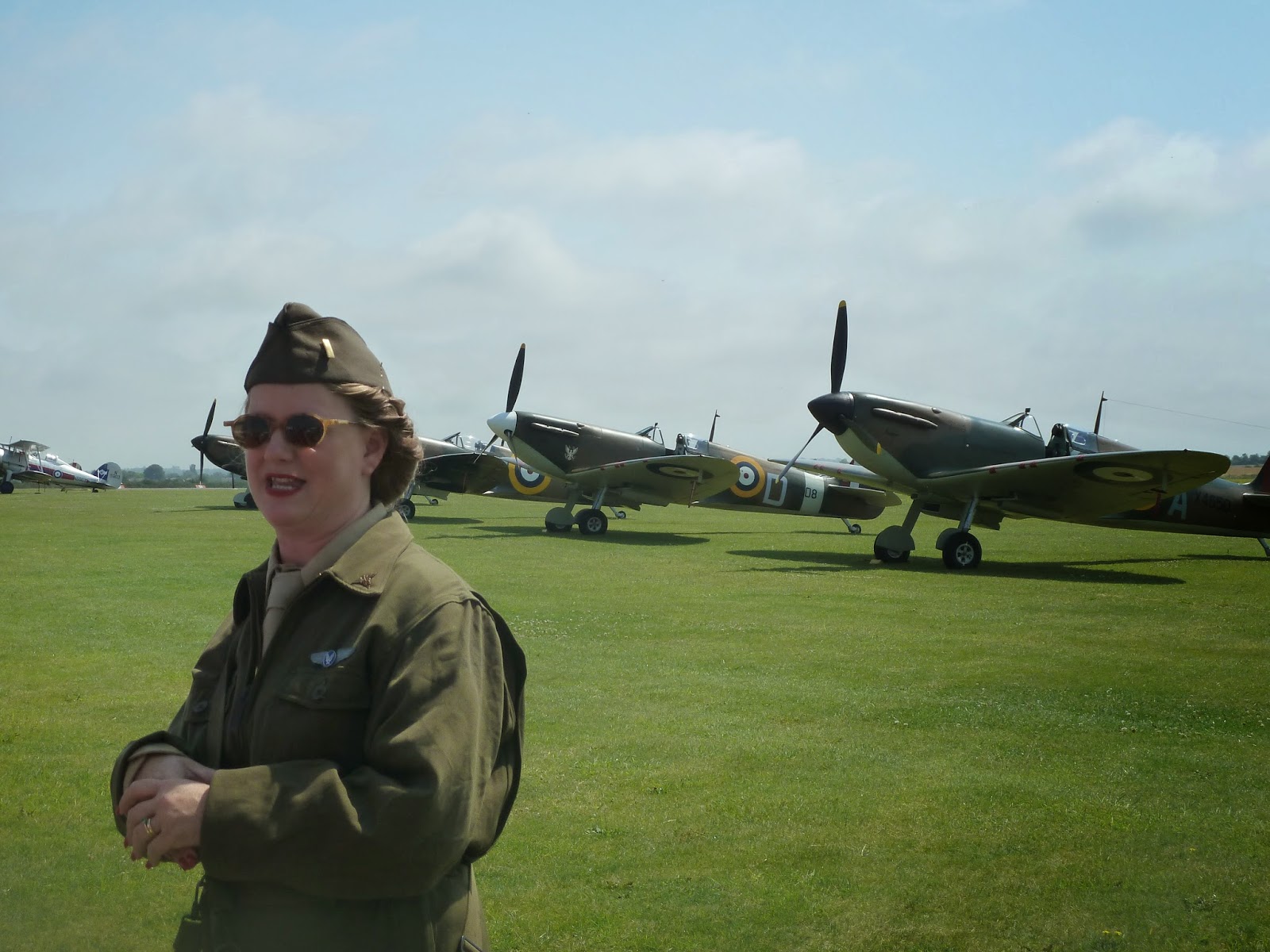 Soon all twelve Merlins were running and the Spitfires trundled out onto the grass.. 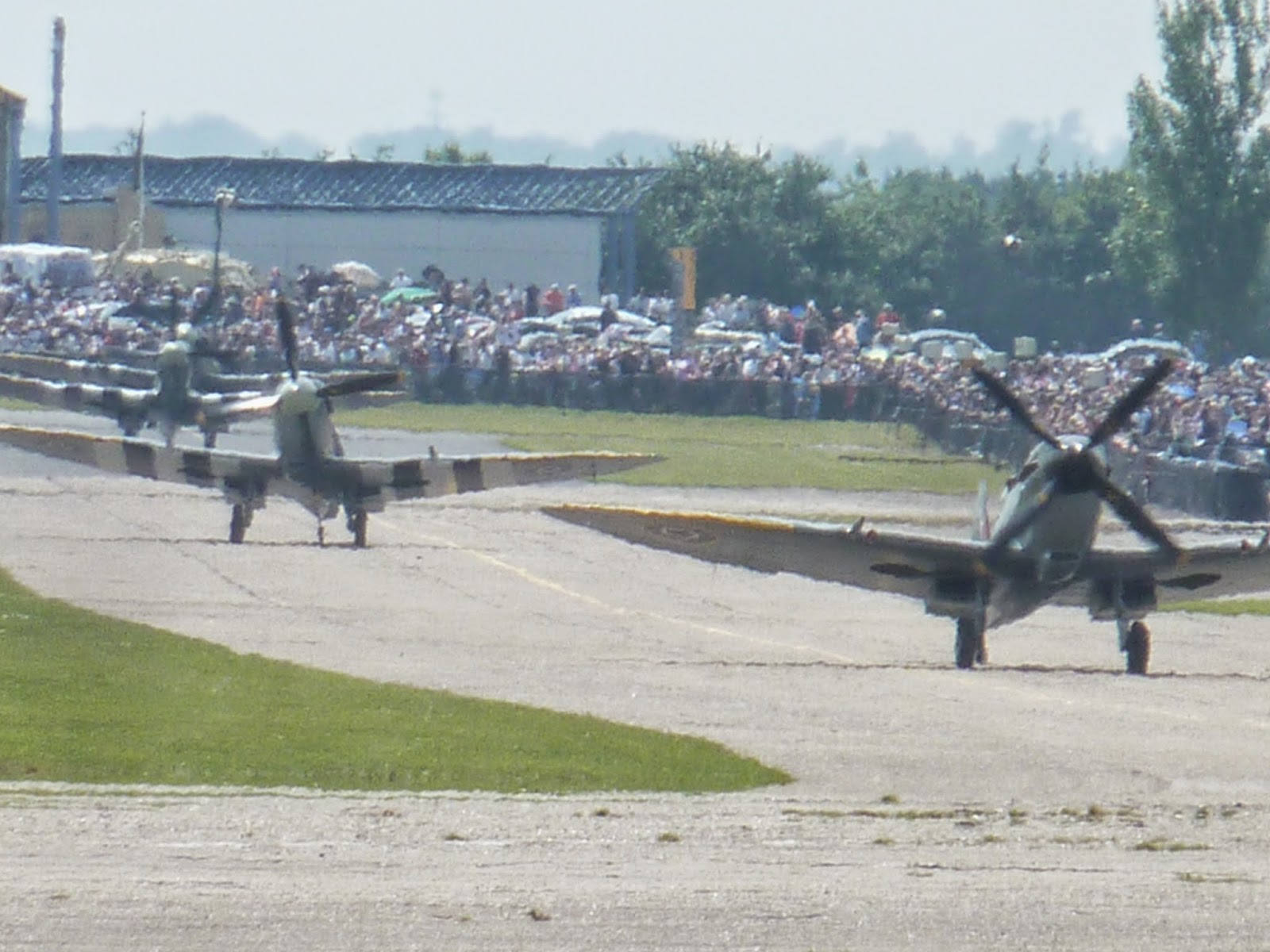 All lined up they took off together and the roaring sound we will never forget..
When they flew over head it was a great sight it must have been such a moral booster in the war.. We saw the Lancaster Bomber and the American Mustangs and B52 flying fortress. 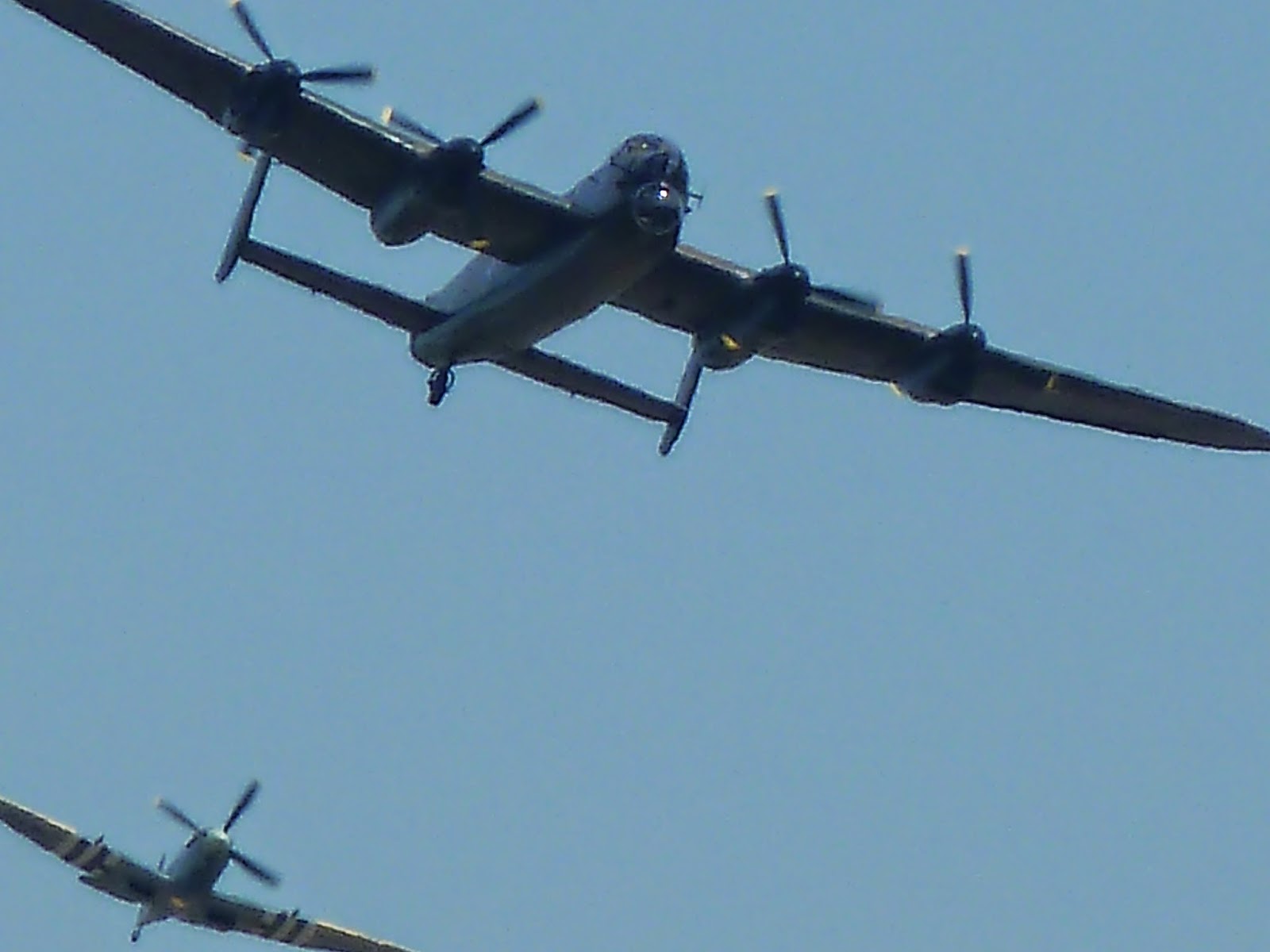 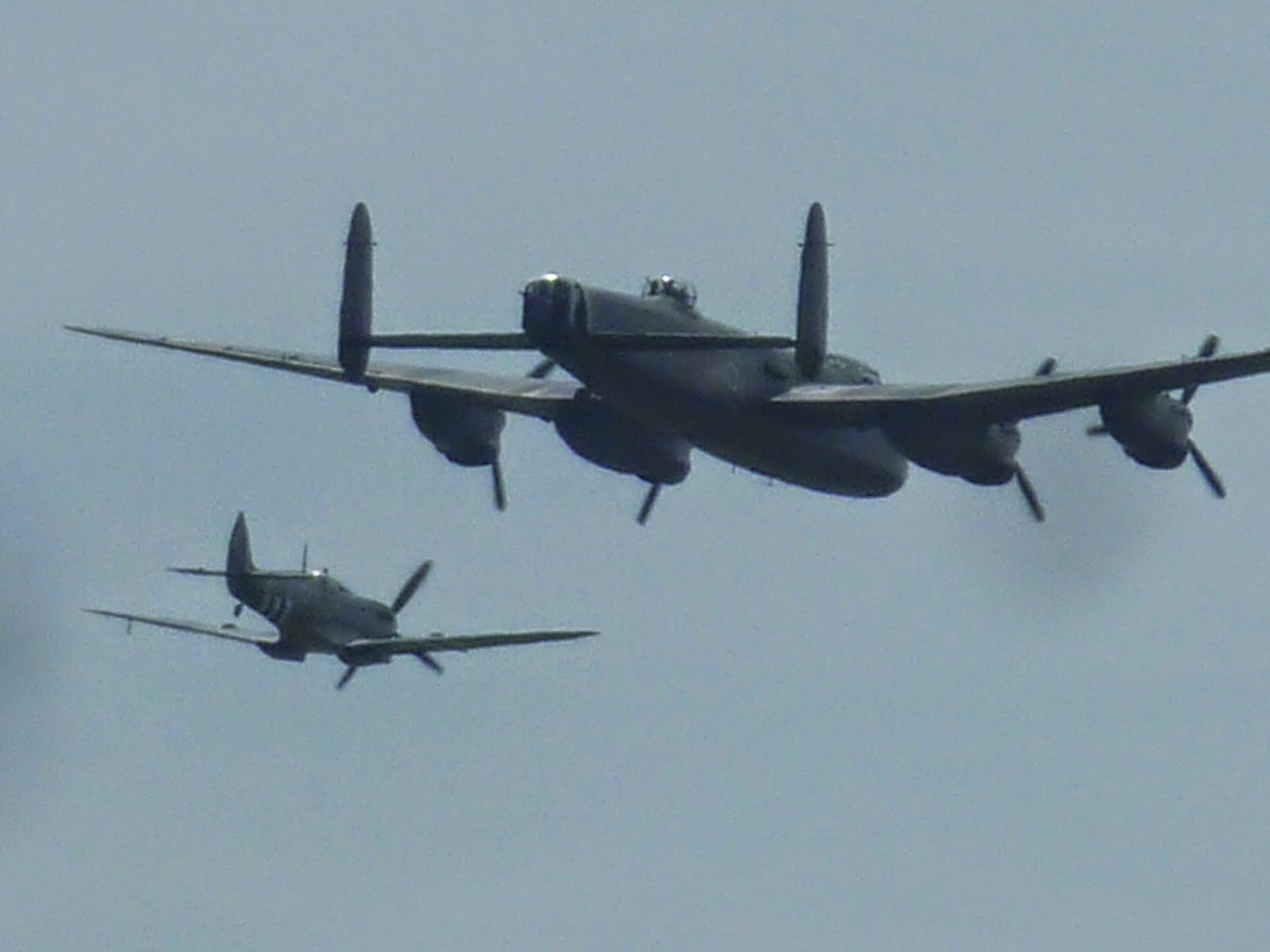 There was loads going on and the looking up into the sun, was making our faces look like beetroot.. It finished with about 25 planes all flying over head together.. 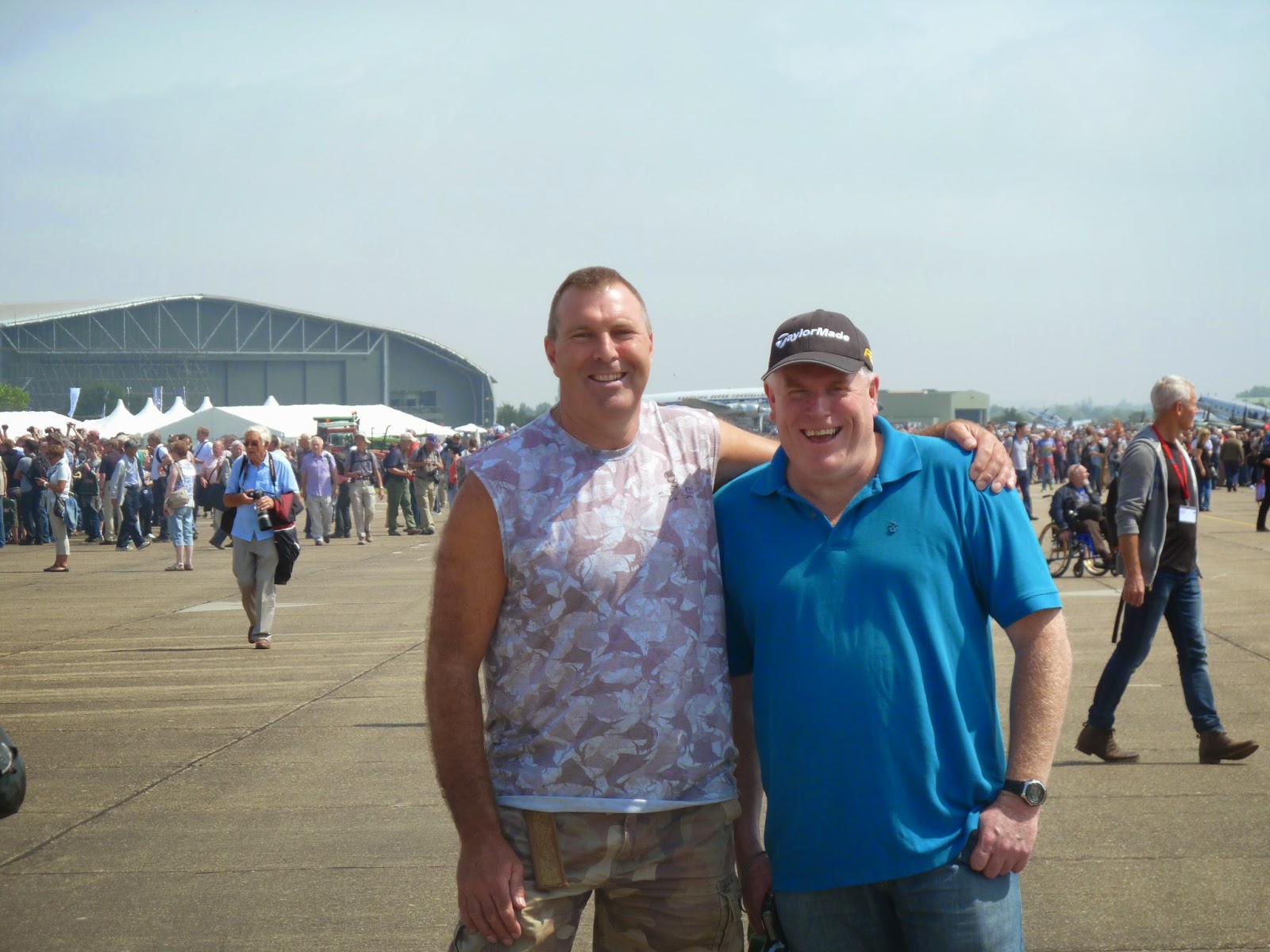 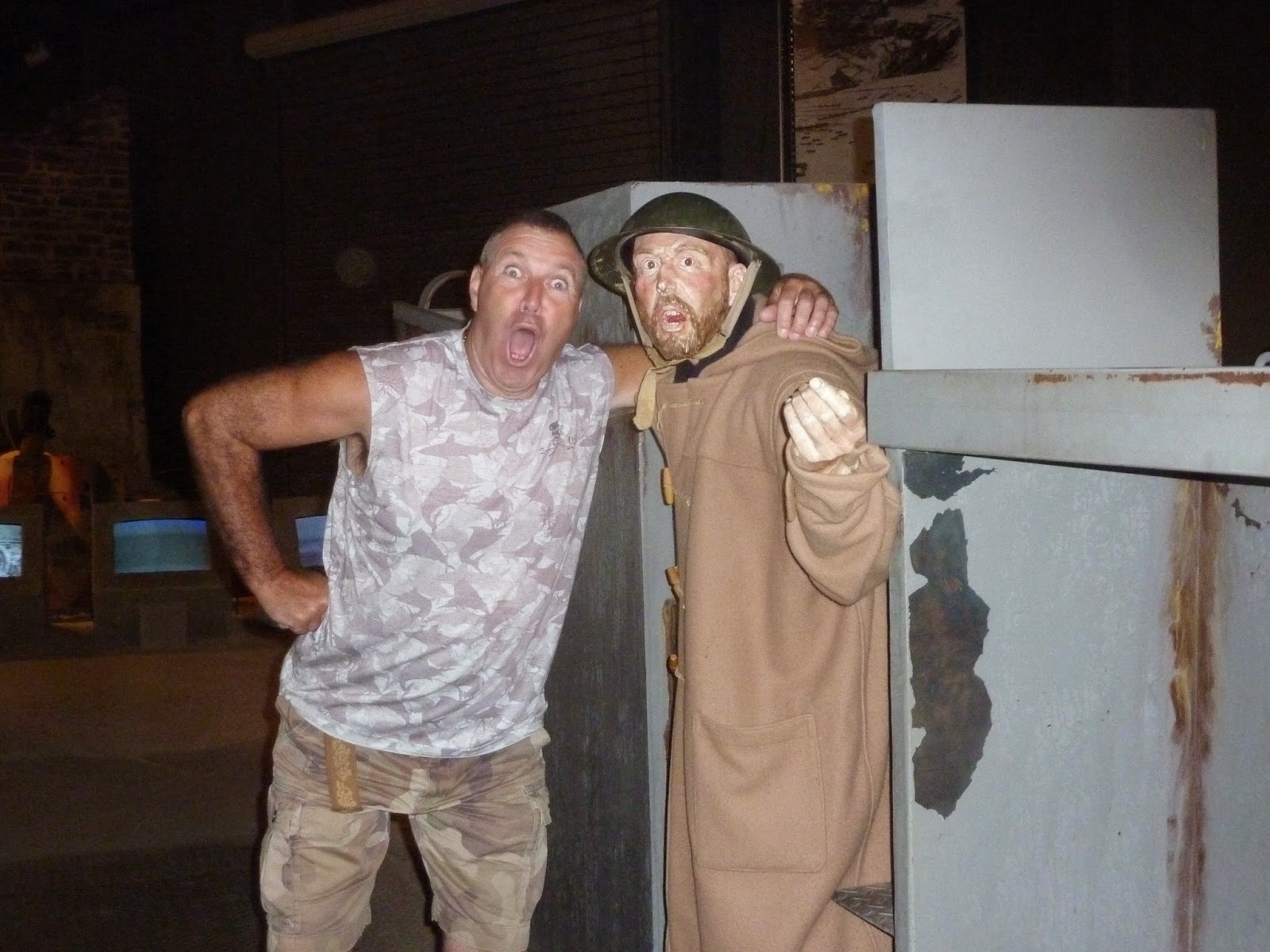 We managed to miss the traffic on the way out and was back in Kent by 6.45pm. Del stayed over night with Bernie and watched the playoffs of the World Cup.. A big thanks to Steve for driving and to Sarah and Bernie for putting up with Del..
On Sunday Bernie dropped Del off at Swanley after they did a bit of driving around, reminiscing where they both grew up together.. Del got back to Al at midday with everything ship shape and it was nice to be back chilling with a glass of wine in the cratch of Derwent6 with some nibbles.. This primed us up for the World Cup final between Argentina and Germany.. and guess who won!!! 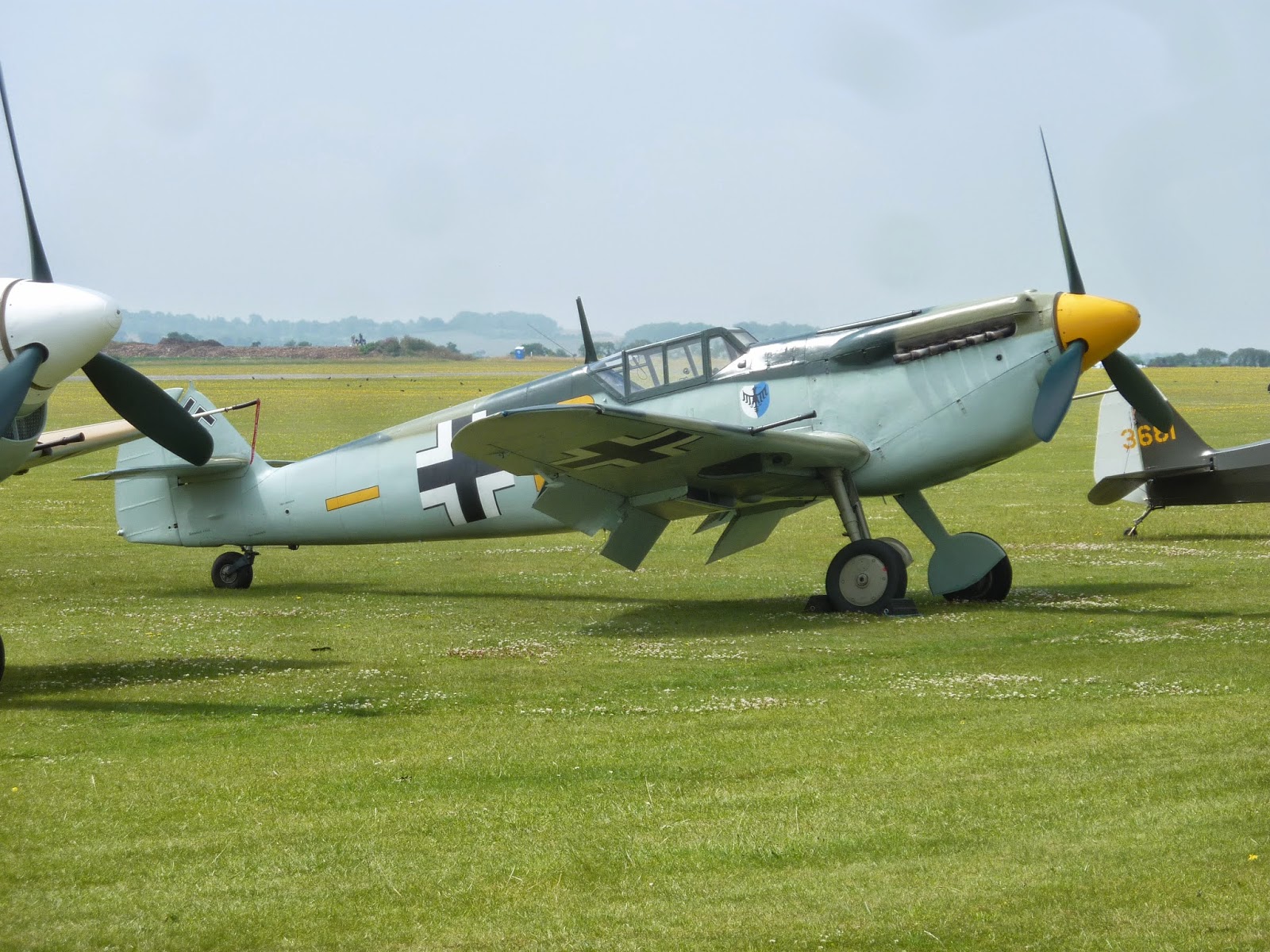 Fantastic, what a sight.

I do so love the sound of a Merlin. There's nothing else that comes close to making one stop and look for the aircraft. You are so lucky to see 12 of them in the air, sure wish we were there.

Thanks guys, yep it was a special sight.....