Well the plan was to move this morning but we were just still so knackered so it was one of those blow out days.. We sat out in the cratch in the sunshine and had breakfast and soon saw that Doug and James on n.b Chance had surfaced too.. We were soon also offered another coffee as their kettle was on, and James and Doug styley the chocolate biscuits came out with it.. 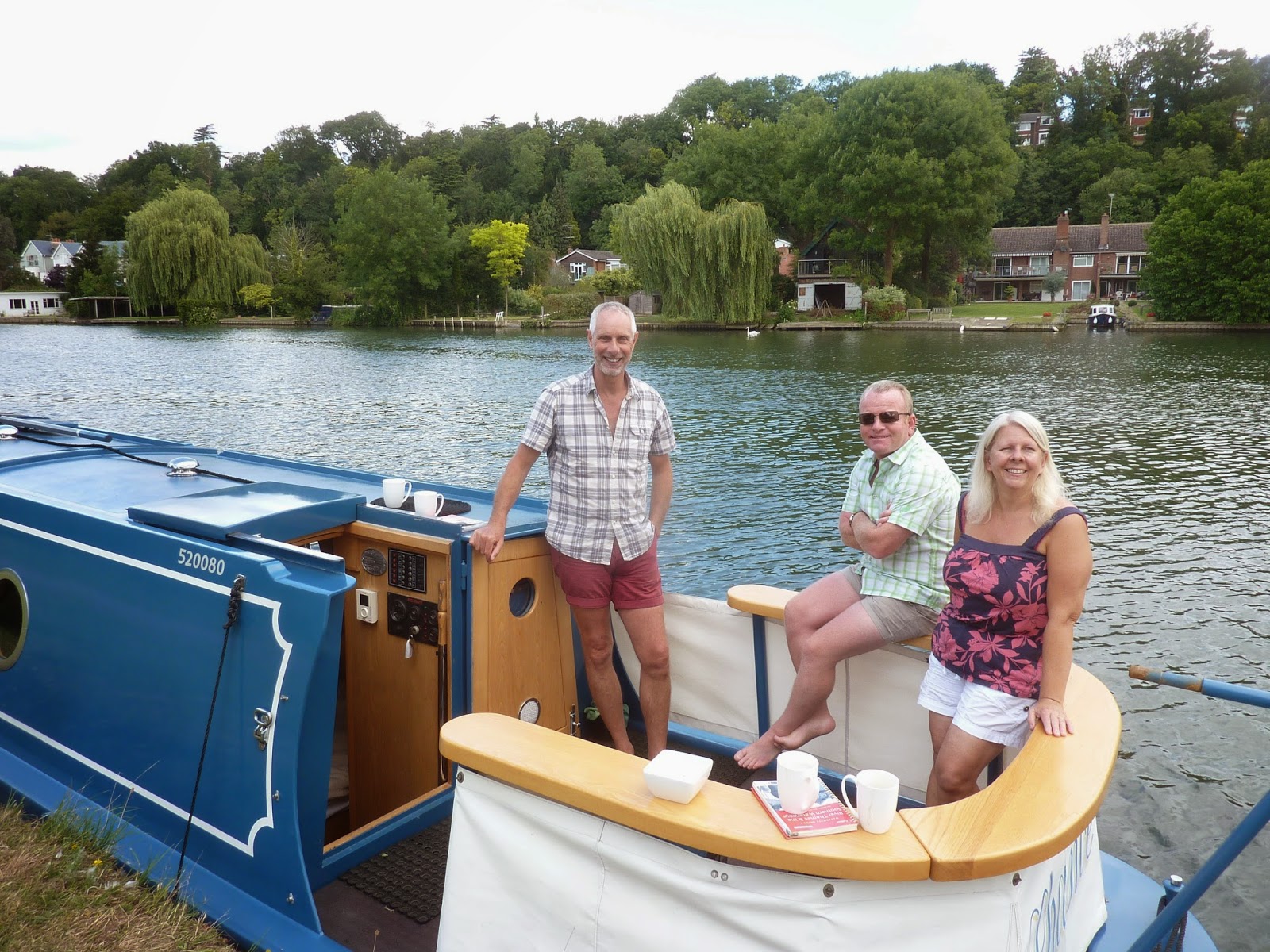 We ended up chatting again and having a laugh till midday, they had also planned to move today.. we ended up having to pull the pins for them so they could get on their way..  Thanks again for some great entertainment and great company over the last 24 hours.. 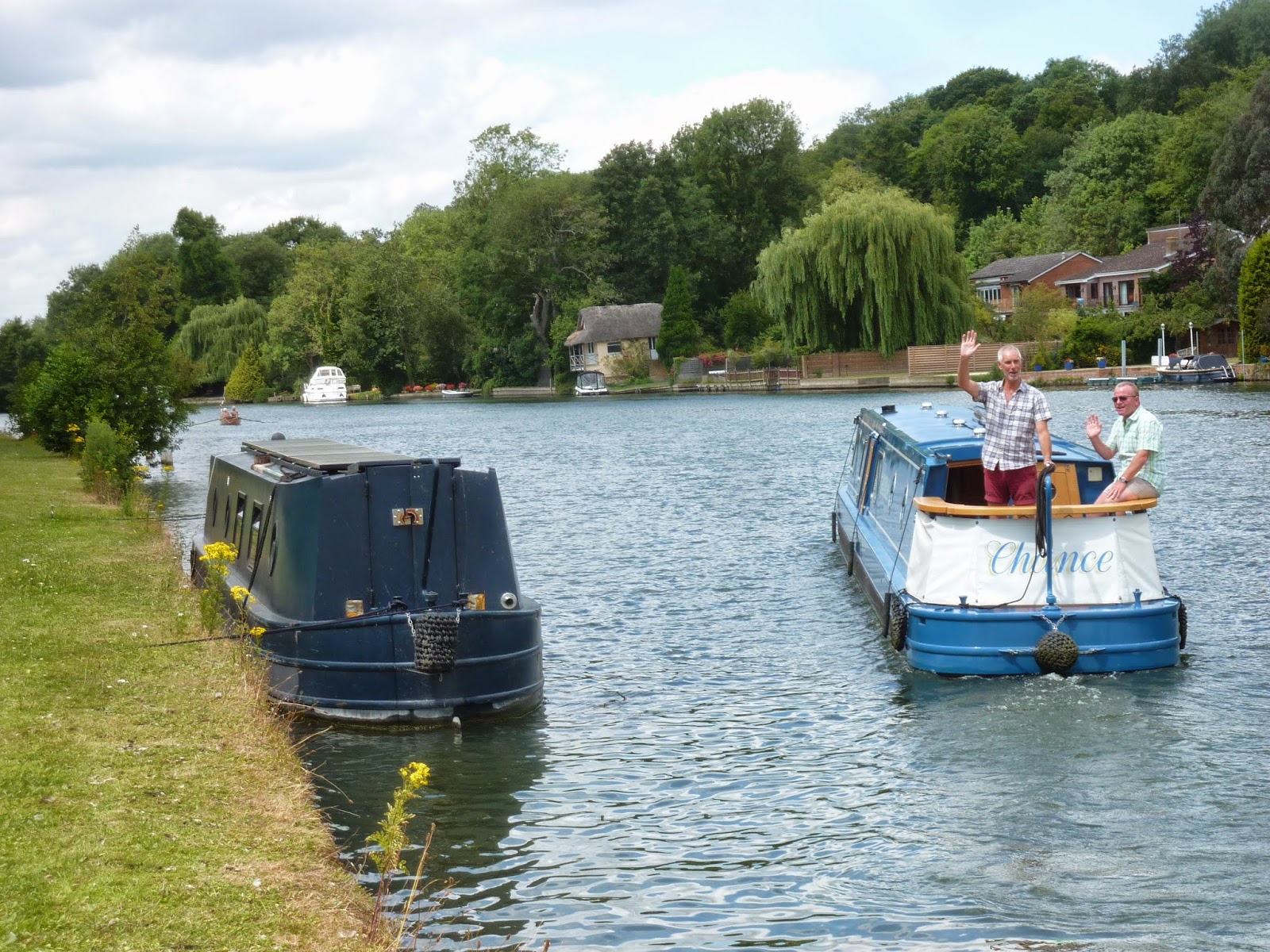 After we had some lunch (which was the left overs from the BBQ last night) Del went out on his bike to work it off.. Al relaxed in the sunshine.. It was another lovely evening and we ended the night with the left overs of the wine last night, (well it was another bottle we hadn't drunk,) with some nibbles..
Posted by Del and Al at 10:15 PM