We decided to leave or mooring at Bray as we wanted to make the most of the sunshine.. It was another good start to the day and we pulled the pins (or untied from the trees) and set off pass the 2.2 million pound houses as we cruised towards Maidenhead.. 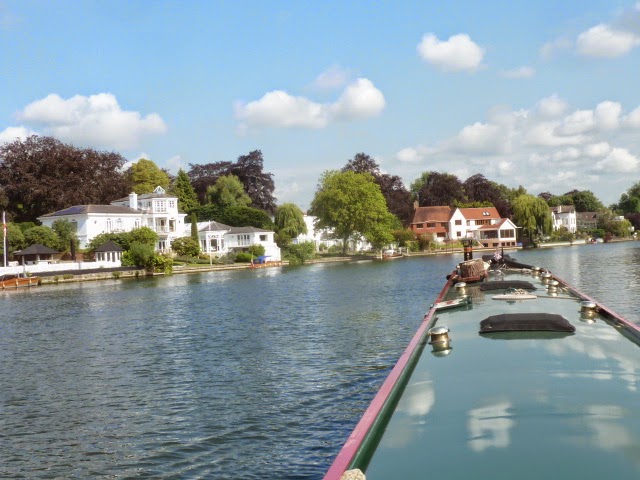 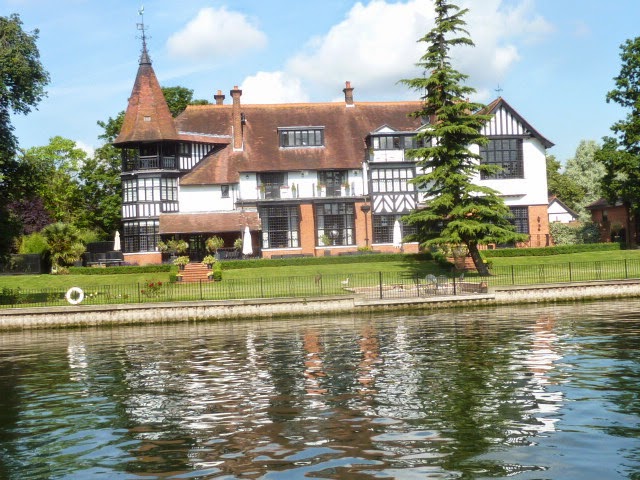 We had a bit of a queue when we got to Boulter's Lock, but it soon got moving... It was one of those days when we hadn't planned to go far, but who knows.. 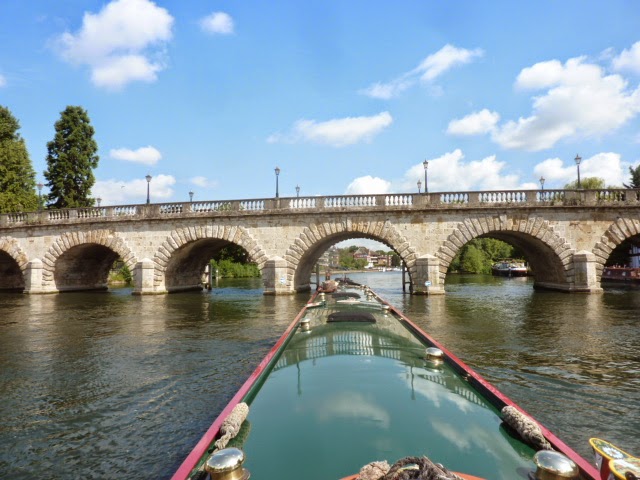 We noticed some nice moorings at Cookham and some more lovely houses, but it was too early to stop and we were enjoying the cruise.. 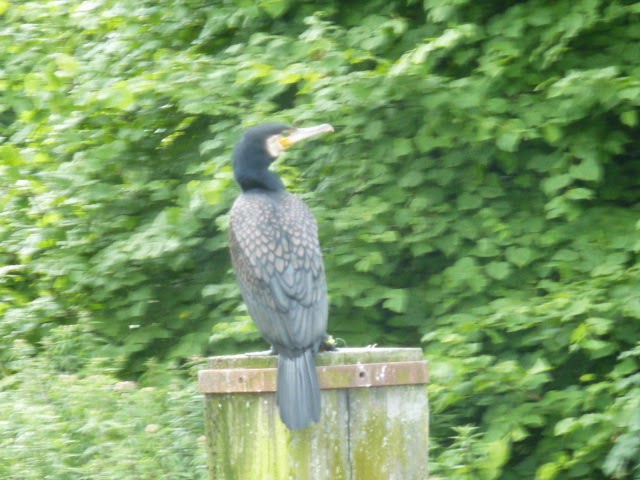 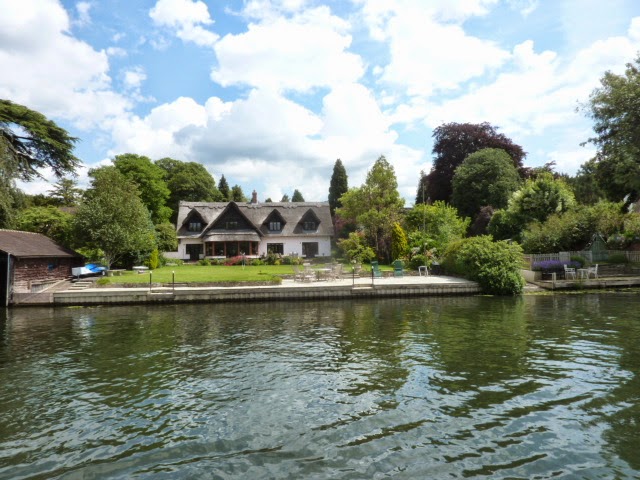 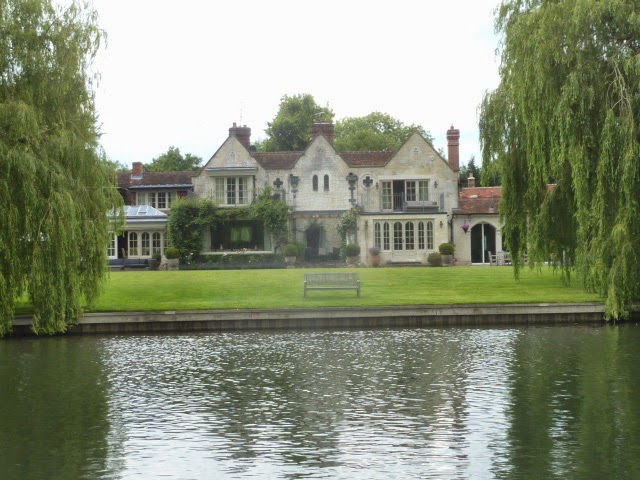 We then planned to stop at Marlow but as we arrived a big old boat slipped across in front of us and pinched our spot, he made two narrowboats move so he could get in..  We carried on through Temple and Hurley Locks with some rowers who were going to the Henley Regatta this weekend.. 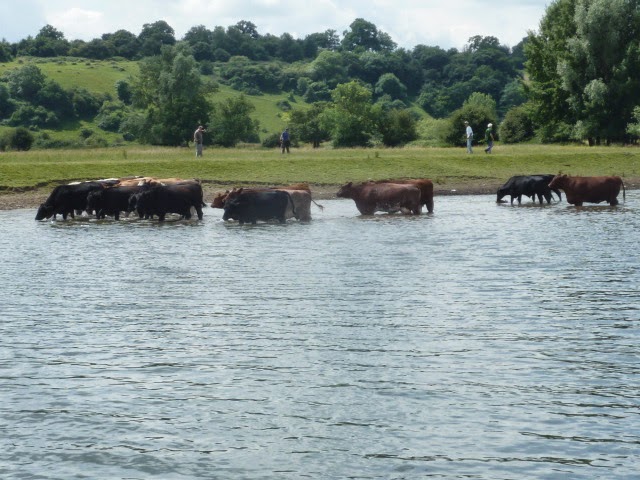 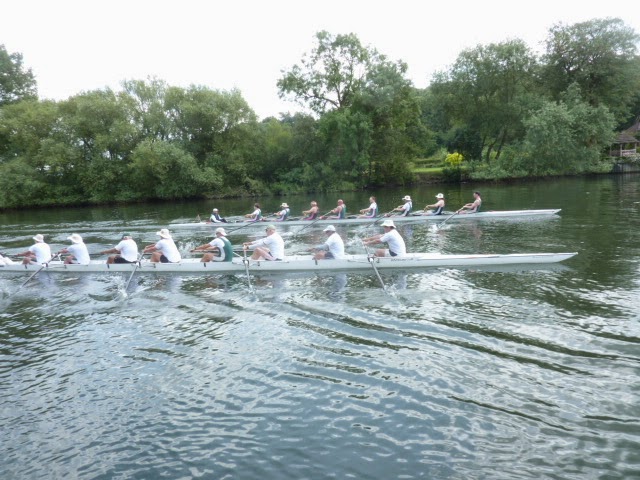 We were warned of the lock queues towards the end of the week so this made our mind up to carry on and get the other side of Henley. We had the river to ourselves and as we got to Henley we could see all the marques going up, and very posh it looked too... 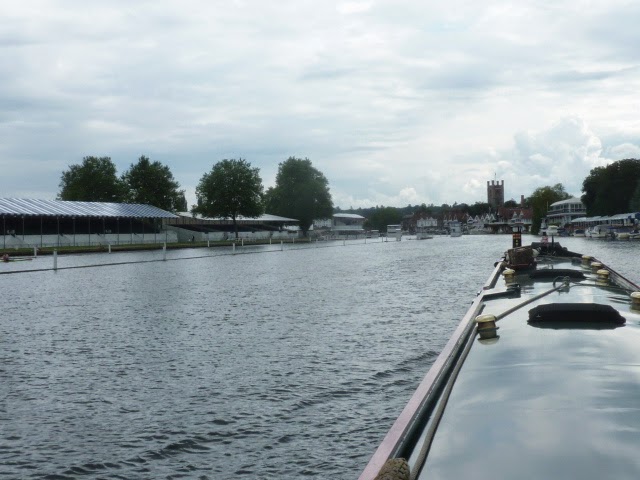 It was busy here with all the rowers doing their training runs and it was a pleasure to watch them so together and so fast..
Our next plan was to stop at Henley for a look round but we had passed the 3.00pm free mooring time and we wasn't going to pay £9.00 so we carried on.. The weather had turned a little and we heard from the lock keeper at March Lock that at Wimbledon, rain had stopped play. We got to Shiplake and stopped for water. We then carried on to see if we could find a mooring, but it was getting late in the day and most of them were full.. We knew of our sneaky mooring we use here but as we approached it we could see all the rubbish round it from all the floods. It was also so overgrown so it had never been used and looked derelict, since we last came off it.. We approached with care as we didn't want the same problems we had at Windsor.. 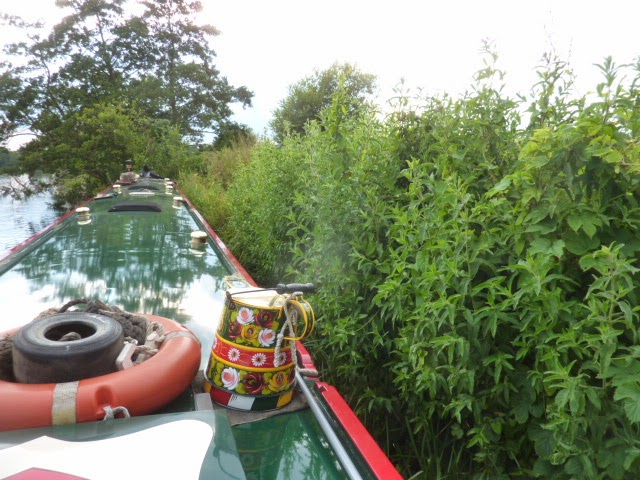 Derwent6's bow went into the bushes and Al somehow managed to jump off surrounded by stingers.. 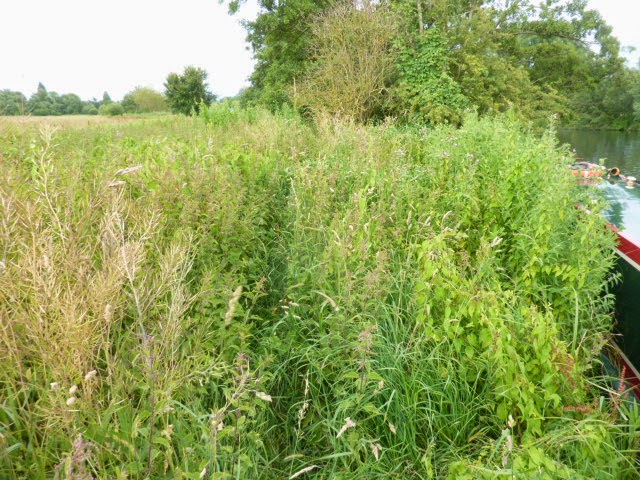 She held Derwent6 while Del did a quick trim up so we could get closer to the edge.. Del then got off and managed to find one of the stumps we tied to two years ago after chopping his way through the stingers, (Oh and changing to his jeans from his shorts).. 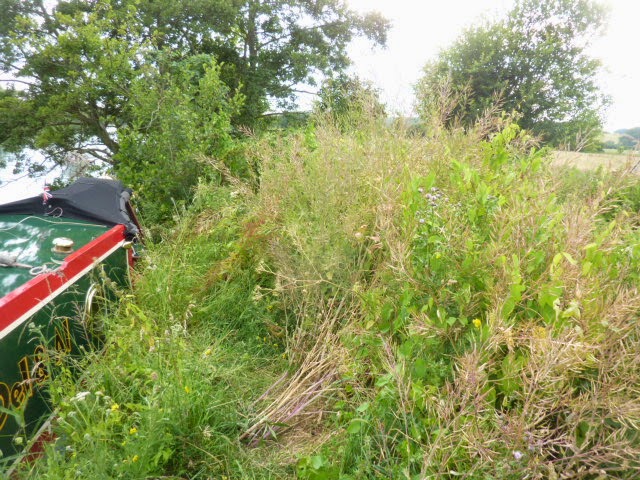 So here we are, cut off from civilisation by the vegetation to the towpath.. But what a lovely mooring..!
We sorted out the telly and then watched the football and Murray in the tennis.. bet we get a peaceful night tonight...
Posted by Del and Al at 9:05 AM