We woke up to the fields covered in mist and the sun just rising above the hills. But the surprising thing was there was a frost on the roof. 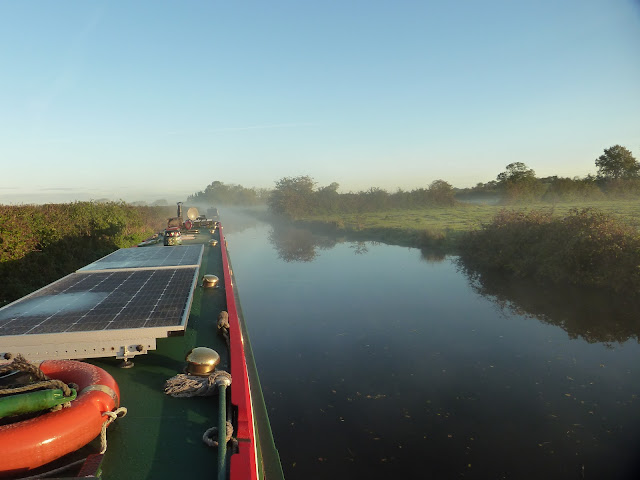 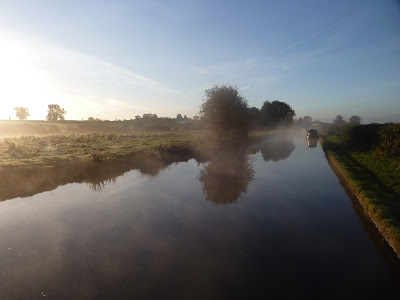 We wanted to leave early as Al wanted to do some shopping in Stafford. After Del managed to get the satellite dish off as it was frozen on, we set off.

It was amazing as we dropped Derwent6 into gear. 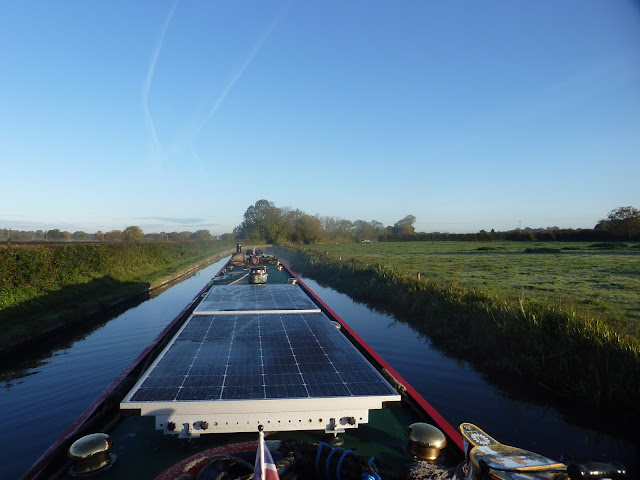 We took a poodle up to the lock. 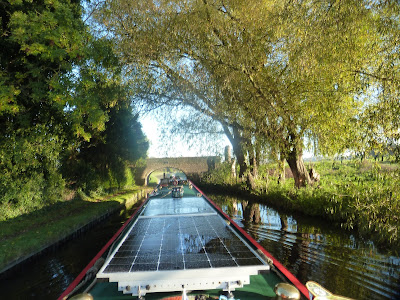 We had already passed a boat, but the lock was against us, so it must have been leaking bad or a boat was moored before the lock. Still, these single locks don't take long to fill anyway. 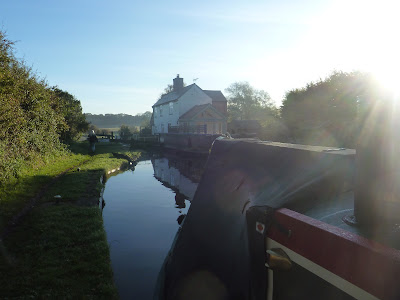 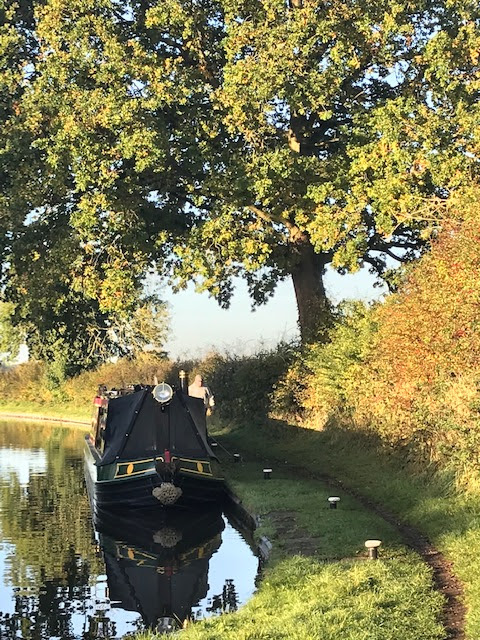 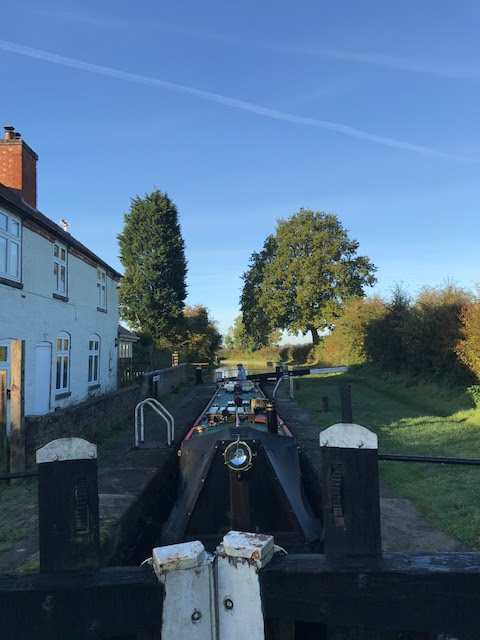 This fella had been busy over night.. 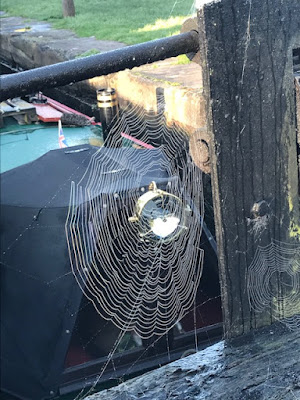 We then got to Raymond meadows which again looked stunning.. 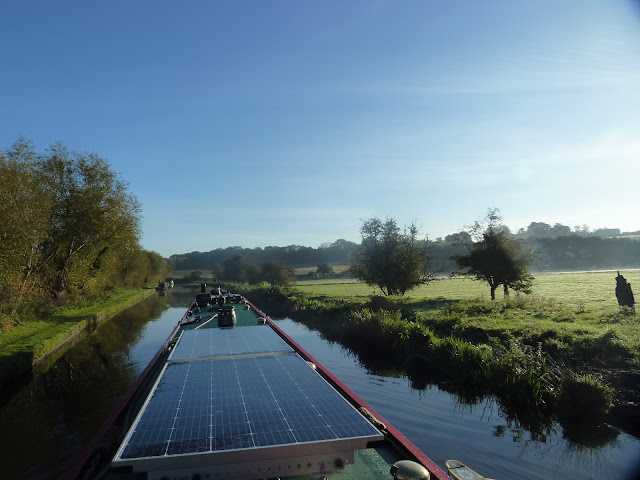 And then crept up to Stafford. 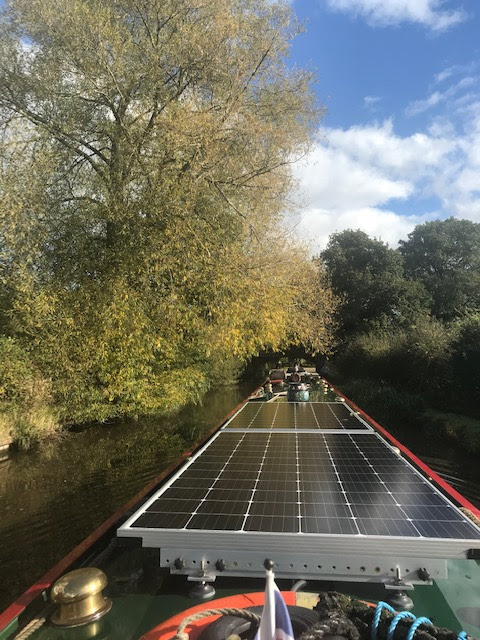 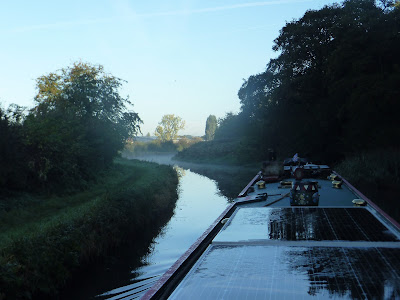 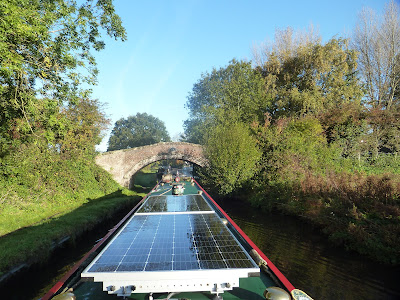 We moored just the other side of the bridge here and Al took her shopping trolley and mask and then wandered down to the Aldi close by. 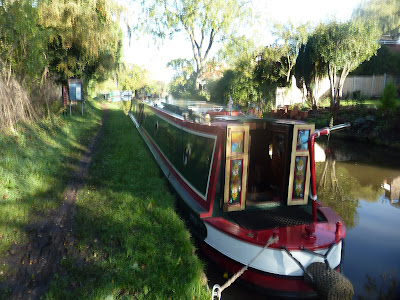 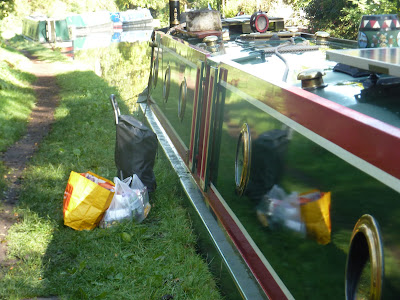 Full of food we crept out of Stafford and didn't see another boat till we crossed the River Stour on the aqueduct. 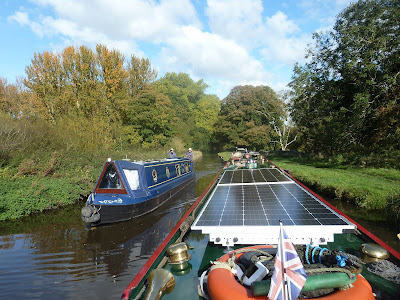 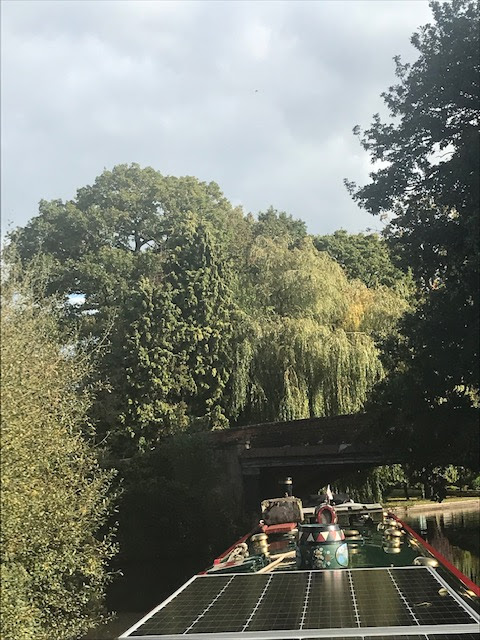 We then got to Tixal lock. 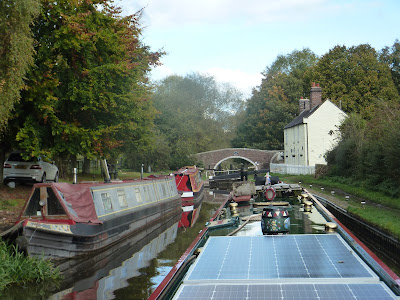 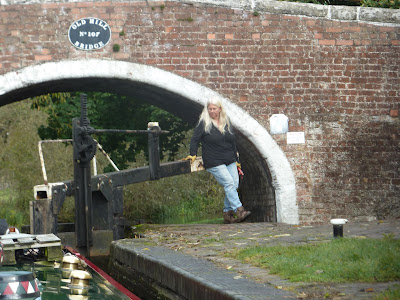 We were lucky with the mooring at Tixal wide, which is a good solar spot and we knew we could get a good satellite signal. 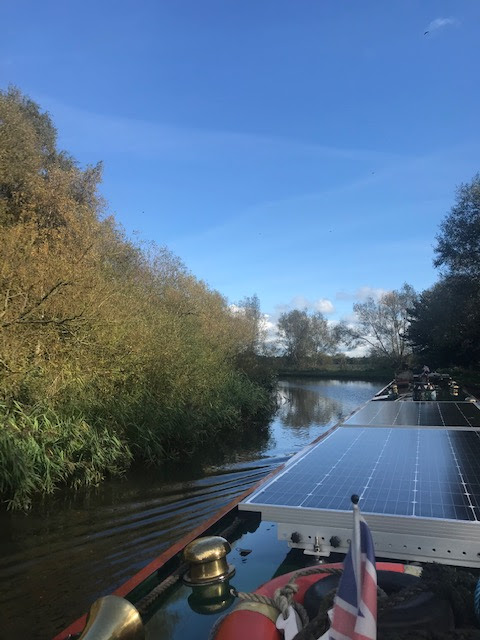 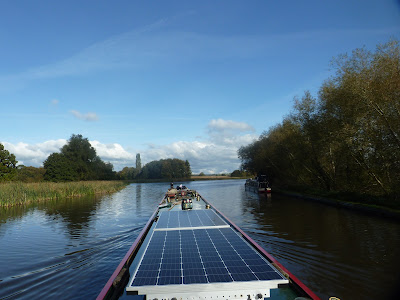 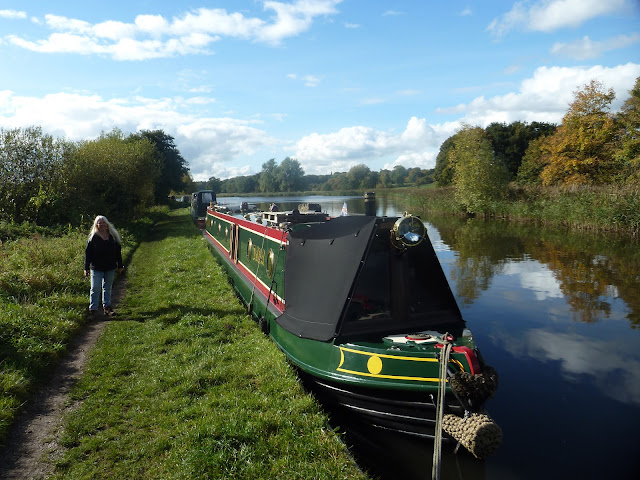 Del did the brasses for the rest of the day in the sunshine, but it did make it rain later for five minutes.   :-(
Posted by Del and Al at 6:28 PM

Stunning pics of your lovely sunny cruise, the mist on the canal makes it more spectacular I think.
Thank you.
A&K xx

Thanks guys, must admit its my favourite season, and the colours seem to be really lovely this year