Three days waiting for a part on our electrical upgrade..

So here we are still waiting for this part to arrive.. We have been getting very comfortable here and now the sun is beginning to shine it's actually not a bad place to be stuck at.. The people here at Springwood Haven are very nice people and others had been coming and going, having work done  while we wait..
So we ended up making some new friends. 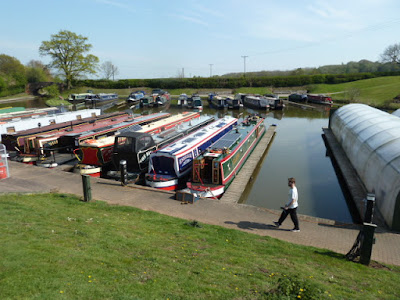 Del has learnt a lot from watching others and also the advice that has been given..
The part arrived on Thursday afternoon and we were told we were back in the queue to get it fitted on Good Friday.
We woke up all excited about getting the Buck Boost fitted and also getting out of the marina at last..
A job turned up in front of us, it was an invertor change, so the brasses got done in the morning.. We did have some luck as Steve (a customer in the marina) bought our old batteries.
At 2.00pm Kevin manage to get on to us and wired up the Buck Boost. 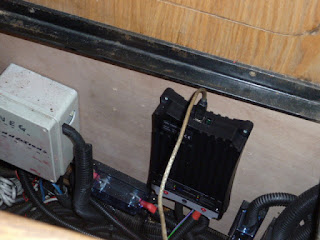 Yep! you guessed it, again we had high voltage from the alternator and Kevin pointed towards the problem being the dump batteries damaged from the original alternator. 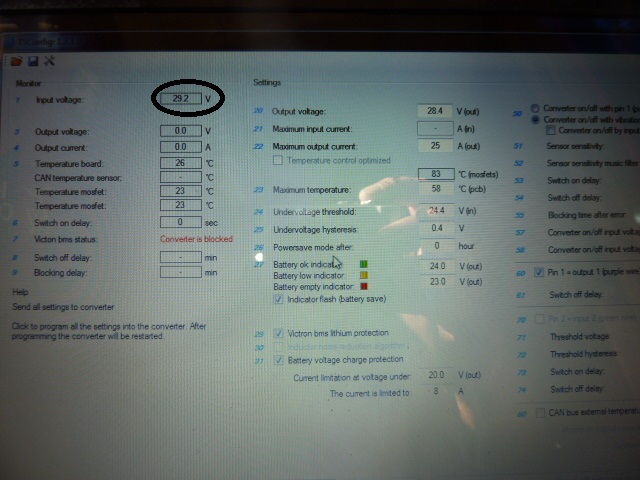 The Buck Boost has its own software which has to be set up by a Victron Engineer and the settings seemed right.. Del wasn't convinced that it was the batteries as they didn't seem like they were overcharging before we came into the marina. You can normally smell over heated and damaged lead acid batteries and the voltmeter was never erratic.
Kevin got new batteries from the store and wired them up, and after a while we had the same problem.. "We had to try that to eliminate it" Kevin said. After studying the software again it turned out that they had changed the colour of the switching wire and the wrong one had been wired up. Just a quick swap and hey presto Derwent6's charging system burst into life with stabilized readings which turned green. 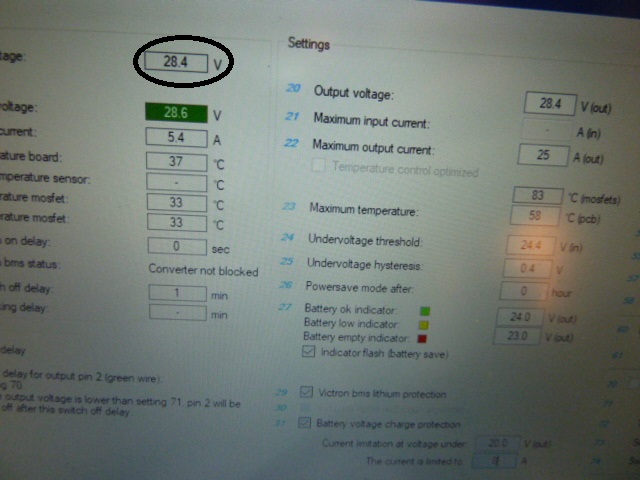 The engine was purring like Tooty and the alternator felt there was no load going through it.. Success!
It was a relief that we might be getting out of here, but it wouldn't be until tomorrow as Kevin wanted to recheck everything again to make sure we had the best set up for Derwent6. He has been amazing!

It all sounds very complicated, but we now have a very good understanding of how it all works, and like we have said before, this system is fantastic. Hopefully if Kevin's happy, it will be a bit sad leaving tomorrow, but I'm sure we will now be enjoying life a little bit more, knowing battery power isn't a problem. We celebrated with a beer in the evening sunshine looking at this view. 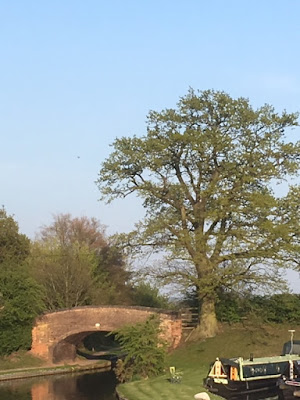 The winter will be the big test for it so watch this space!
Posted by Del and Al at 9:44 PM