Stand by! you are clear to go!

So Del was up and plugging in the Buck Boost to get the readings from the batteries after they were standing overnight.. 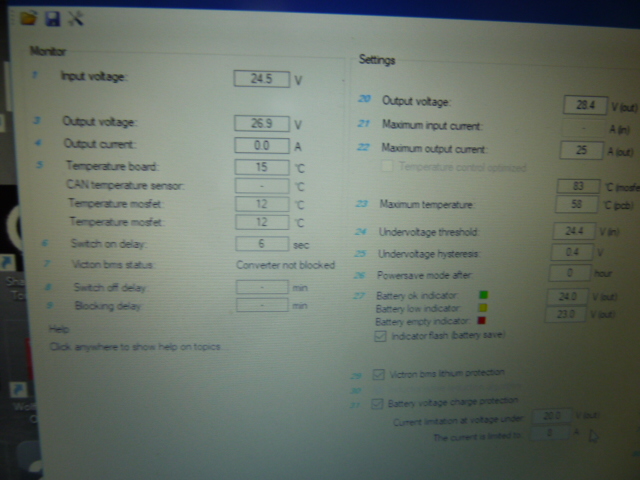 The lithium batteries were at 80% and this was ideal so we could see the charge rates from the solar panels and the domestic alternator. 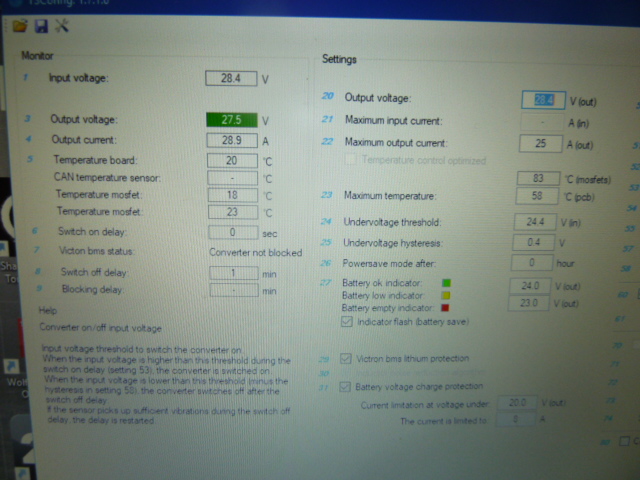 Al toasted some Hot Cross Buns of course, and we sat in the cratch as Kevin checked everything. 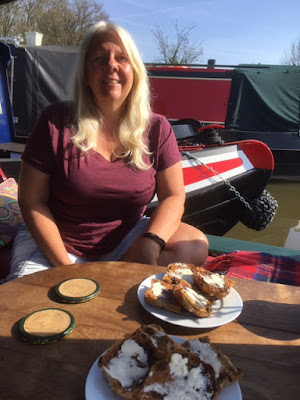 Kevin gave us the go ahead to say things were giving the right readings, so we were clear to go. So we said our goodbyes to everyone and set off waving to the marina as we left. 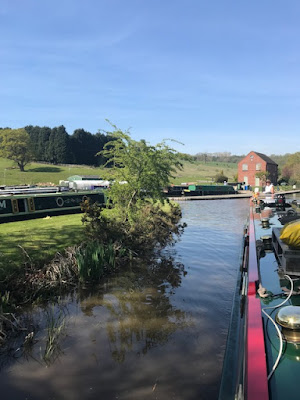 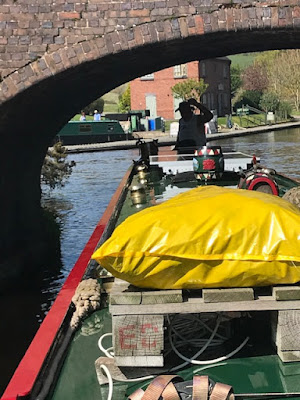 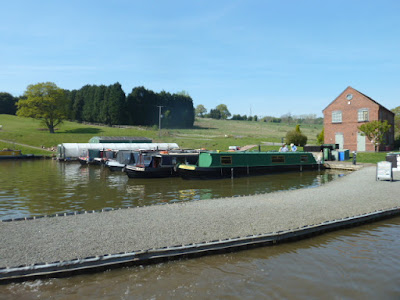 Wow we were on our own at last, (Tooty cat would be pleased), and it was time to try out the Derwent6 upgrade for real..  The first thing you will notice is the panels on the roof, but as you can see they don't obstruct the view when on the tiller.. 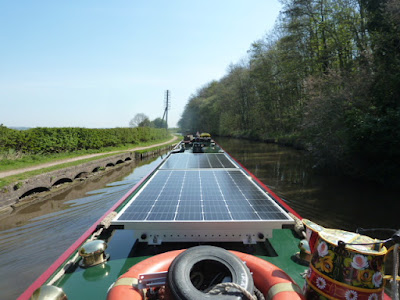 The second thing is that Del can't stop looking at his phone as we are cruising, to see how things are going. 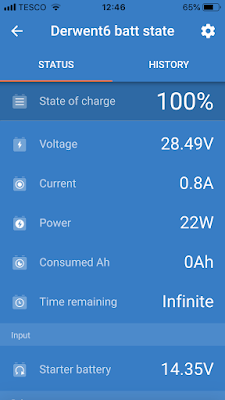 We soon realised we were at Nuneaton as the rubbish in the canal was atrocious. 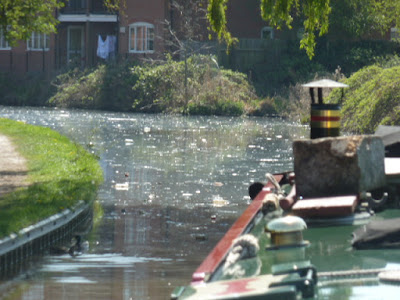 When you come out of the other side, some of the gardens are very nice and people have made an effort to entertain us on the boats.. 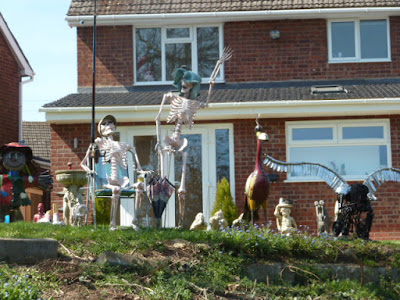 You then go through this bridge and its back into the countryside. 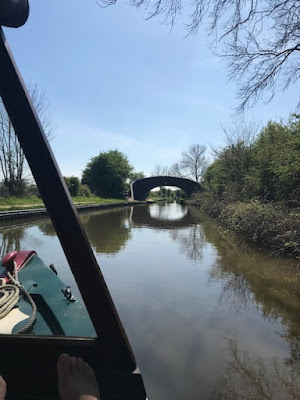 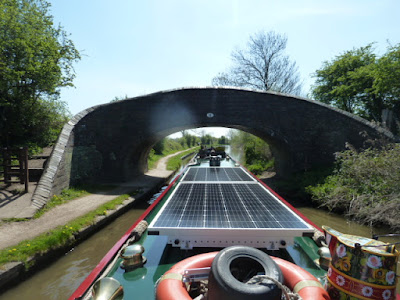 We saw our first ducklings, as we have been stuck in a marina. 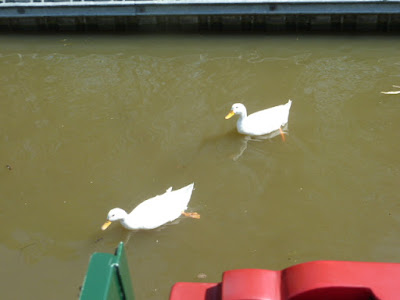 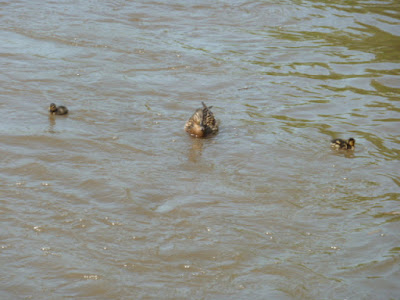 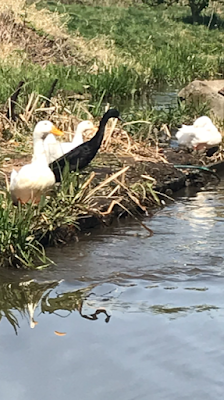 You then pass the Ashby canal junction and head on towards Hawkesbury Junction. 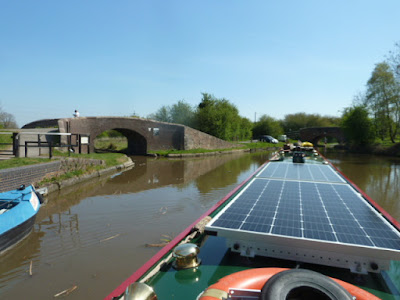 Just before we turned we saw the solar panels of Terry on n.b Aqualady and then Tony and Jacki on n.b Timewarp, who had a little something for us, so we stopped.. They now are not only selling tiller pins, but also making fudge. They gave us a little box of fudge as a treat, how kind!! There were loads of different flavours, one being rhubarb and custard. They will go down well tonight with telly, Thanks guys! 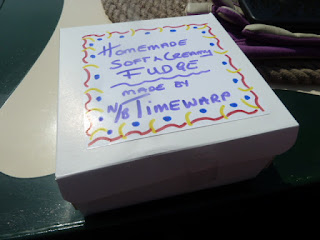 We then turned at Hawkesbury and went through the foot deep stop lock here. 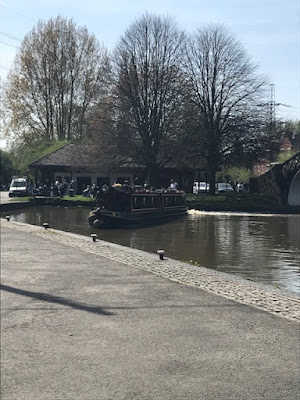 As it was the Easter weekend it was heaving in the pub and moorings were scarce.
With no moorings we carried on, with Tooty looking out for us as he was desperate to get off and eat grass.. 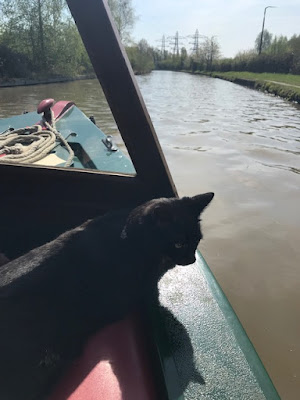 We ended up at Ansty, and there were a few moorings available. We opened up a beer and had nibbles in the cratch as Tooty explored his surroundings for tonight..

Hello u 2, I think this is one of the nicest marinas to be in with the beautiful green countrside surrounding it.
Glad you are back out cruising again though, enjoying your freedom.
How are Tony and Jackie doing?
K&A xx

Hi Both nice to meet you yesterday hope you have not polished the boat away. We will be in touch when you are next up the Ashby. Dave and Sue nb Vole

Hi Ann & Keith, yes it was a really lovely marina, being small and in a lovely location. Jackie & Tony are doing great, selling lots of different things from their boat, and the fudge was gorgeous! x

Hi Dave & Sue, really lovely to meet you both, hope all goes well with the blacking and will definitely meet up when we're next up your way....