Day five, six and seven of our Electrical upgrade with friends

Well day five went well, but there was still a lot to do... When we got round to firing up the new lithium's we had a fault code of voltage too high on the battery protect. It turned out (after an hour) that the auto setting hadn't detected the 24 volt system and we had to put it in manually..  Kevin ended up staying late as we still had to finish wiring up the solar panels and run a charge wire to the shunt from the alternator.
When it burst into life it was amazing and the power felt different straight away.. The water pump and toilet worked so much better and the lights in the cabin appeared much brighter.. We stayed on shoreline and Kevin adjusted the system for Lithium batteries and also adjusted the charge rates for the inverter for the batteries first charge.. The plan was he was going to come in the morning (even though it was his day off) and finish programming the system after its trickle charge all night. 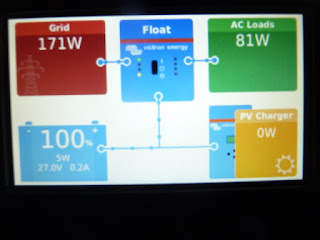 Kevin came in with his laptop and checked some things with us, running through the workings. He was a bit worried when he spotted the charge rate being produced by the 60 amp alternator. There had been a few alternators overheating and he wanted to fit a BMS 12v/200a, but Derwent6 is a 24v system..  He told us to stay in the poly tunnel over the weekend and he would give it some thought..
So we used the time wisely and took off the cratch cover and gave it a good scrub up, and then sealed it. We also did a load of other jobs while we had the chance. 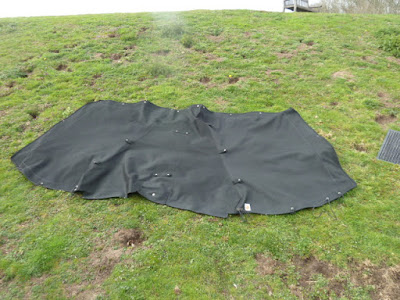 We got a phone call from friends Maxine and Graham, who were in the area, and met them at the top of the road to go to the Greyhound pub at Sutton Stop. They turned up in their new campervan and what a lovely bit of kit it was.. 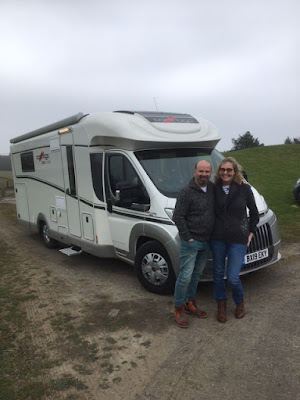 We went to the pub and had a lovely meal and a good catch up.. They parked their camper van in the carpark for the night and we got a cab back to Derwent6.
In the morning we met up again at the marina, and they kindly brought crumpets and Hot Cross buns with them. 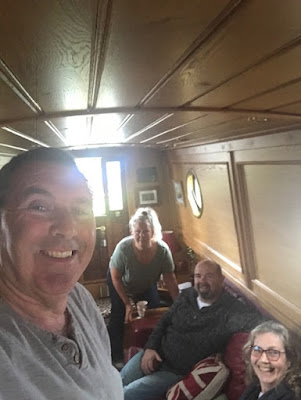 It was lovely to see them and I'm sure we will be meeting up again, as they can park in the middle of nowhere where we like to moor.
After they had gone we carried on with some jobs, oiled all the cratch boards and enjoyed our new system..

On Monday morning Kevin told us we had to come out of the polytunnel as it was booked from today for two weeks. This was great as we wanted to try out the solar panels and see if Derwent6 could hold its charge as we tested everything..  The day was a bit cloudy, but the batteries were holding their own as we used pretty much as much as we could.. 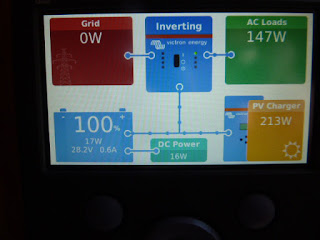 So Kevin had come up with another solution, fitting a battery to battery charger so we could reduce the alternator output, turning it into a variable voltage to charge and float the lithium batteries. This could be turned on and off by the management system.. This part had to be ordered so we were going to be in here for another day at least..
We used the time to play with our new toy and we've got to say we were well pleased with how things were performing.. 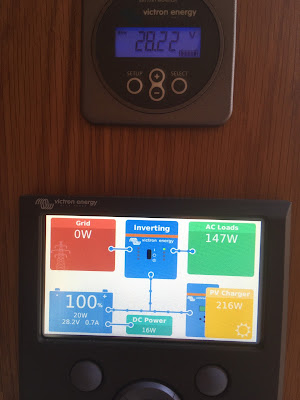 We had a storm late in the evening, so it was solar panels down, and went back on shoreline so we could get the washing up to date..
Posted by Del and Al at 4:23 PM

Just reading your blog about the solar panels and upgrade.
Can you advise please, where to get advice on changing our old old solar panels for something newer and more efficient? Is Kevin the supplier and installer or did you go elsewhere? Regards

Hi Wilf, we've used Onboard Energy who are based at Springwood Haven Marina on the Coventry. Kevin works for them here and has fitted the full system. The only thing we supplied was some different brackets for the solar panels, but that was just our personal choice. We've gone for the largest panels we could get in the space on the roof! Kevin's really knowledgeable and they have done a good job....

Many thanks for the update. I'll be sure to pop over to them. Keep up the good work.