Now that the rush has gone!

We set off early this morning in the hope we would get a spot at Rugby. 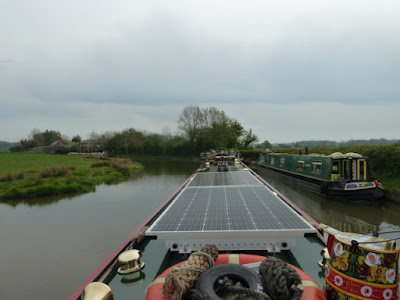 It was quite cloudy compared to the last few days but the sun was trying to come out.. We took things nice and slow with just the trains making all the noise. 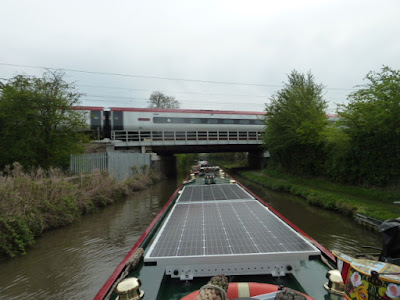 We trundled up towards Newbold tunnel passing Lime Farm marina. 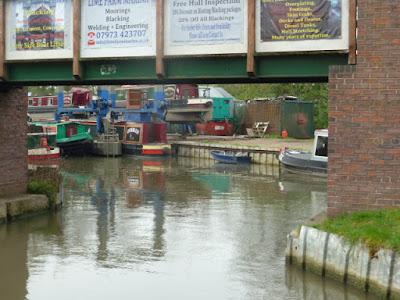 It was strange as it felt very quiet with boats after the hectic Easter weekend. We got through the tunnel with ease and then passed the boats at Newbold. 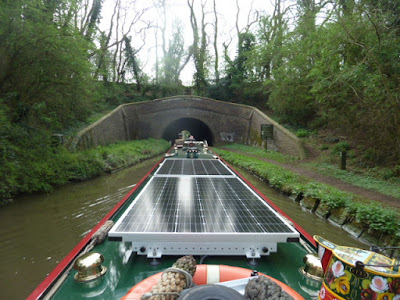 As we got to Rugby we were surprised to see so many mooring places and picked one where we thought we might stay the night.. 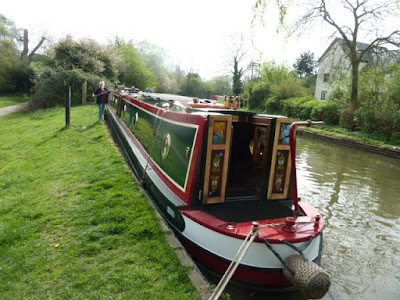 Al was straight off and doing some shopping but this time it was for Derwent6. First she had to gather the shopping bags which proved difficult. 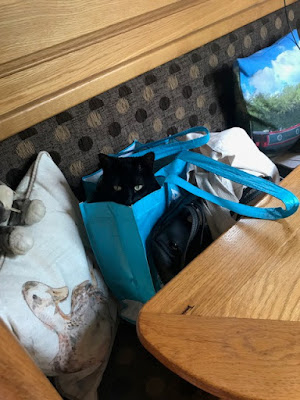 The task was to find a new duvet cover for the bedroom as ours was falling to bits. Within 30 minutes Del had a text to say that Al had found one and it was at 50% off, great news! Del got some painting done and also lubricated the door hinges after one had snapped at Springwood Haven.
Al come back with some lunch, and after a discussion we thought we would move away from the busy road here. We first put the new covers on the bed and it looked very inviting.. 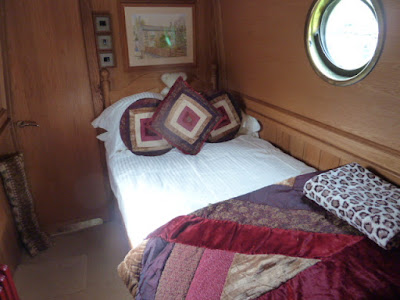 We then pushed off and went down to the new bridge at Clifton. It had been 3 months since we last went under this and we thought the progress would have been a bit more advanced with all this good weather. 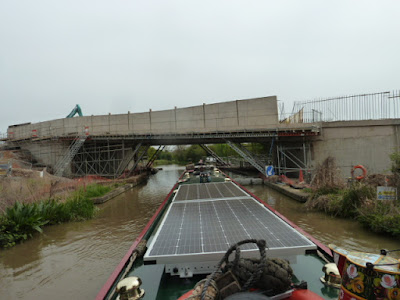 We went down to Hillmorton and turned and then moored in our favourite spot at Clifton. Tooty was in his element as he knew where he was. He seems to be venturing further afield so lets hope he gets back in the morning.. 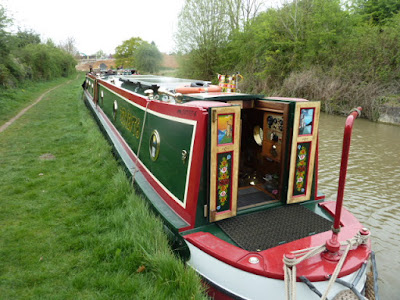 Lovely cruising and cats will be cats hahaha!
I wonder why they like small confined spaces?
A&K xx

can't be in never have that luck there end up on that stupid water point for 2 hrs.we hope you enjoyed the fudge will give you another box when we see you nb timewarp

Hi Ann & Keith, I know, some of the spaces Tooty gets into I'm surprised he manages to get back out again lol ! x