Hair and Boosters in April Showers

We had loads on today so we made sure we could get in at Brownsover near Rugby. We went under the new bridge again and somehow managed to get on the same mooring we had a day ago. 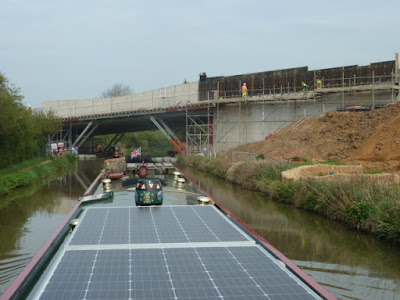 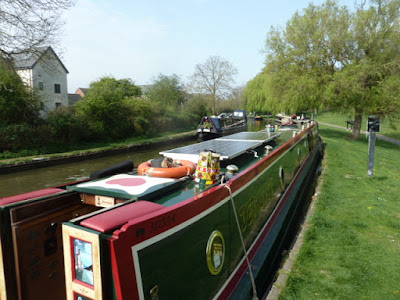 Al had a booking at the hairdressers and got the bus into the town, to dodge the showers. She did a bit of shopping as well (as you do).
Del cleaned out the bilge and also cleaned the propeller with a little bit of wet and dry, as it seems to have a lot more wash coming from it.. It might be that we are so much lighter now the batteries have been changed, but we will see.
Al came back and then it was Tooty the cats turn.. He was put in his basket and taken to the vets for his yearly booster jabs and also his worming tablets. He was as good as gold and a little drowsy when we returned. Everything has to be bang up to date so he can go to the cattery without any worries..

It was going to be a bit of a noisy night close to the traffic, but it is only one night as we are on the one day moorings..

The following morning it was raining but they were short sharp showers so it was pick your moment to go, and it was always going to be the wrong moment. We listened to pop master on the radio and then pushed off. 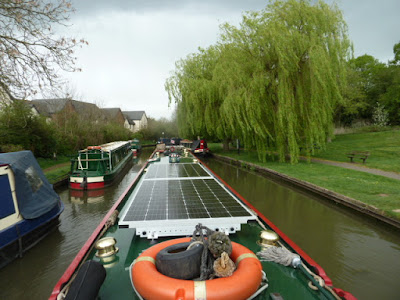 After ten minutes it rained, but then after another ten minutes it was bright sunshine. We took things nice and steady through Newbold as it appeared to be busy again, but we didn't get too wet. 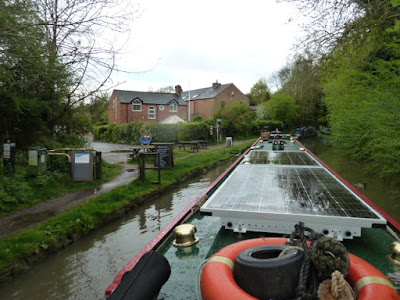 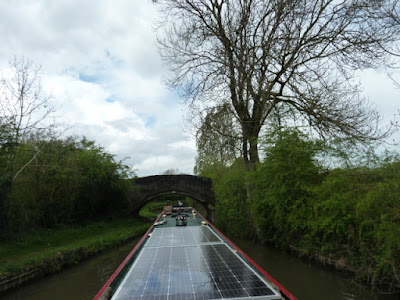 We pulled into Brinklow marina and used the pumpout (as we still had a token) but we put it in and it just fell right through and didn't work.. Agh! 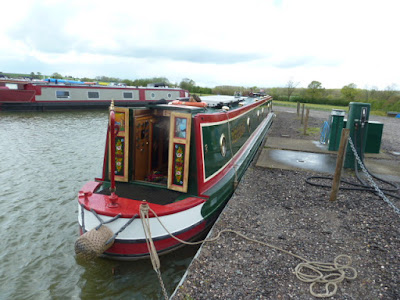 We weren't desperate and black clouds were approaching, so will get it at another time.
We had sorted out a hire car, so we could do some things we needed, and waited for collection.