What! moving on a Saturday

We decided to move on a Saturday and on the busiest stretch of canal on the system. We needed to get a few bits in the chandlers and we planned to top up with water as we had done a lot of washing. Finding a gap to go in proved difficult but we managed to set off during lunchtime and it was a good move.. We got to Braunston and then hit all the boats trying to get a mooring, so made the decision to blow out getting water and moored up on the Midland Chandler Customer moorings.. 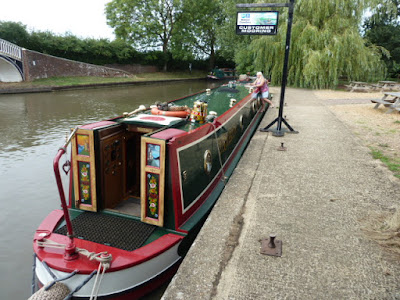 We got what we needed as the engine is due another service and set off out of the gaggle of boats around..
We headed towards Rugby again and followed a boat (keeping our distance) all the way to Barby marina, where they pulled in, all clear, or so we thought..
As we got to the marina entrance another boat pulled out right in front of us and the guy on the tiller looked very worried about steering.. 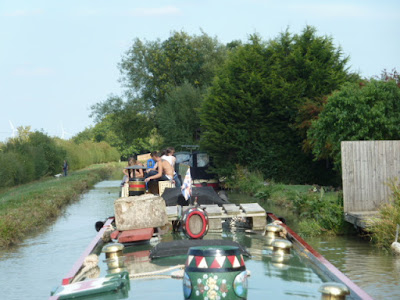 They offered us to pass but on the Barby straight by moored boats was not a good idea as we waved them on.. We went on tickover all the way to Hillmorton Locks and we just had to smile as the queue of boats gathered behind us. 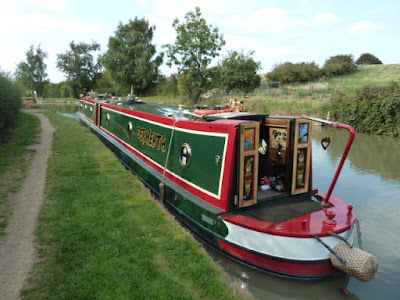 The locks were a good thing, as it split us all up and we passed the slow boat at the bottom of the locks.. 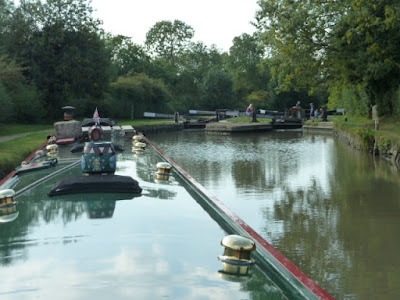 We carried on to Newbold and pulled over for the night. The water levels here have been great but we are hearing rumours that the Daventry Reservoir is very low. It looks like it could be a very dry September and things might get tricky later on.. As a continuous cruiser its difficult to know which way to go next..  So we are here for a bit with football and the Grand Prix to watch, planning our next adventure..
Posted by Del and Al at 9:18 PM