We have been in the marina for a couple of days as we had loads and loads of washing to do..  The weather didn't look too good and it was an opportunity to use shoreline and also have a bit of luxury. The first day Del went back to the Podiatrist to pick up his new moulds for his walking boots. After a quick foot test, and Del walking more upright, he was back in training to walk again.. We then took back the hire car we had from Enterprise and got a lift back to Derwent6.
The washing machine and tumble drier went into overtime as we cleaned our camping clothes, bedding & towels.
At 5.00pm we took a walk down to friends Louise and John on n.b Ploddin Along and a cold beer was waiting. 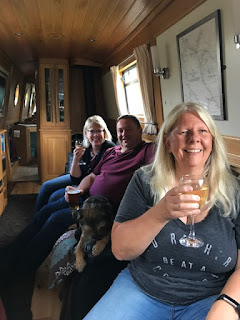 We then took another walk down to the Bulls head in Brinklow, and found a table with a good view to the Open Mic night for the evening. 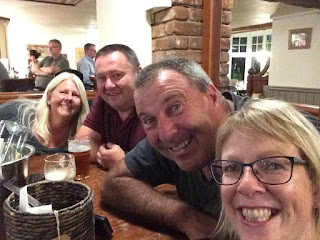 Before that we ordered some food and stuffed our faces before we had a singalong with Eric from the marina. 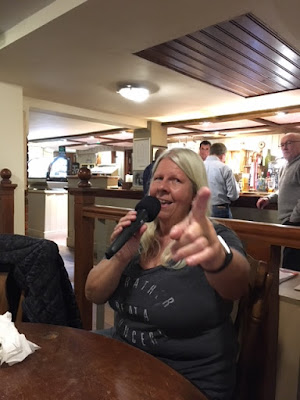 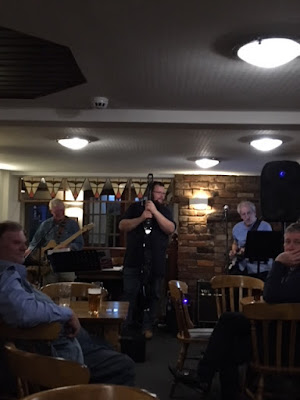 We had a fantastic night and walked out of there at 11.30pm. We got back to Derwent6 at midnight a little worse for wear.
The following day Del planned to do the engine service. He started at 10.30am and changed the engine and gearbox oil, followed by a new fuel and air filter and the draining of the water trap. Then the cables and driveshaft were lubricated and a quick check of all the bolts for tightness.

Then the antifreeze was checked and topped up and a little hint of oil was found in the water (a bit worrying)
After checking the prop, as the locking nut had come loose, it was time to get to the pulleys. The front cover came off and a inspection of the pulleys for tightness. 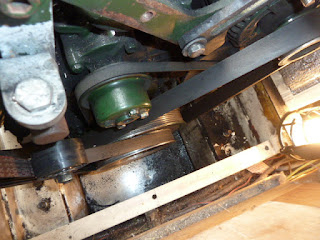 Remember we had a problem with the crankshaft pulley nut coming loose due to the fact that the keyway had worn with the load from the generator, and a modified clamp had to be fitted to the end of the splined shaft..
Since then Del has lost confidence in the engine, so now he checks it on every service. The pulleys were removed and the nut was checked. 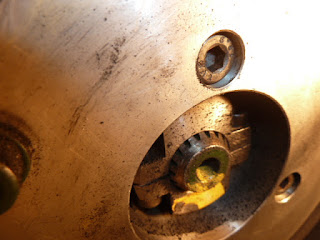 The good news was it hadn't moved from when he re-torqued it. The clamp was refitted and will have to be checked after a hundred hours again, but we think its worth checking as we now have all the equipment to do it.
So the plan is to move tomorrow, North or South?
Posted by Del and Al at 7:19 PM

I got such a good information on this topic its very interesting one. You made a good site and I have found a similar website, please check this one Splined Bushings visit the site to know more. Regards, from https://hydrauliquescontinental.ca