We have had a weekend of being static and we have watched all the sport on tv as always..
Its funny how you have that itch to move and just have a change of scenery. We set off on Monday at 8.00am and there was a very slight drizzle, which to be honest was a bit annoying lol. 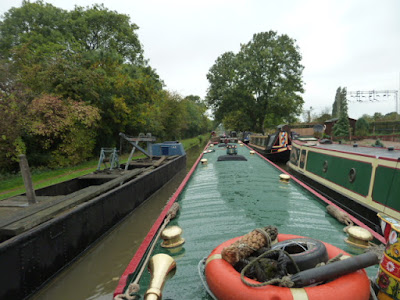 By 9.00am it had cleared up and some blue skies were beginning to show. 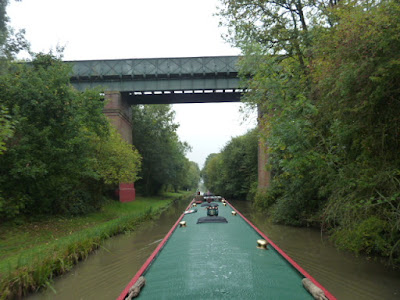 We have done this section up to Hawkesbury so many times but it never gets boring. 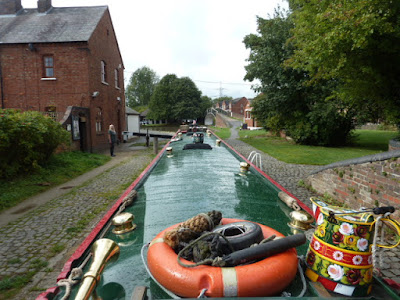 The boats have now died down a bit, but it still is busier than when October gets here and the fires are lit.. We still haven't had to light our fire which is amazing really, but as we don't have a roof loaded with wood yet, maybe its a good thing!
We planned to get water at Sutton stop lock but two boats were already on there, so we went straight in the lock as a boat came out in front of us.. 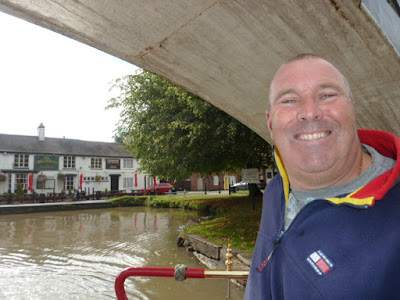 We turned at the pub and then met the Coventry canal and moored on the water point there. Al walked over to the shop and Del got rid of the rubbish while we filled. 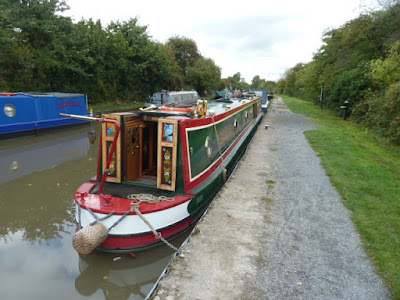 We were soon on or way in half an hour and made it up to The Ashby canal junction. 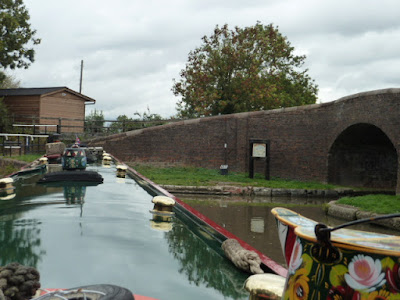 This is a tricky turn, but you just need to take your time and get lined up to go through the bridge and then the narrow after it.. We are taking a chance going up the Ashby as it is always so shallow, but we want some peace and quiet for a bit. 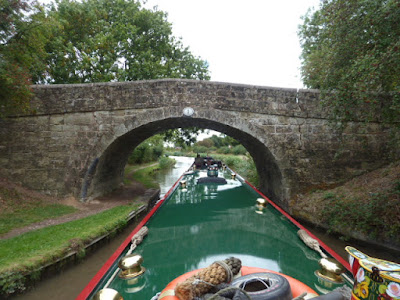 We got to bridge 3 and moored up on some moorings we like here. Derwent6 pulled in to our surprise, very easily, and Tooty was off in a flash.. 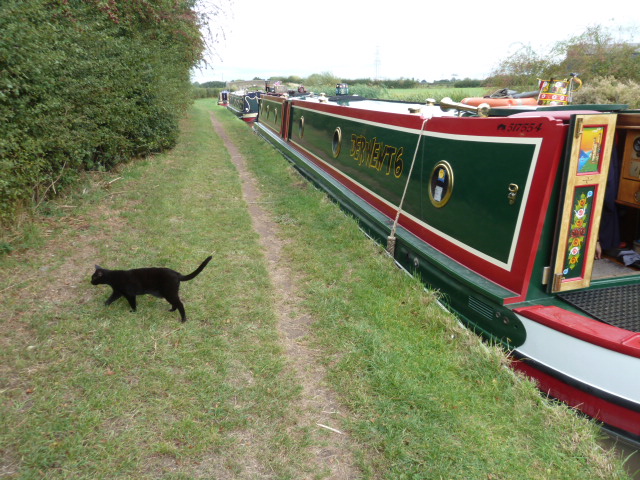 We had good signals here and chilled in the afternoon and evening.
Posted by Del and Al at 3:29 PM