Onley to Braunston for services

We surfaced with a heavy frost on the towpath and on the roof of Derwent6 but was pleased to see that the canal wasn't frozen..
We set off and stuck the frozen ropes on the roof. 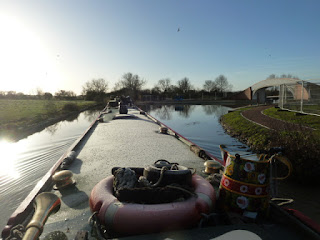 This time it was the sun rise we had to deal with, still with it difficult to see due to the pile of wood and smoke coming from the roof. 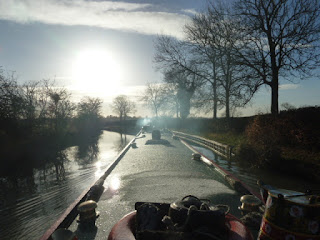 Again it was cold but pleasant cruising, layers, hats and gloves helped as we made our way into Braunston.
It also helped that Al had made some bacon rolls to keep us going as the church came into view.. 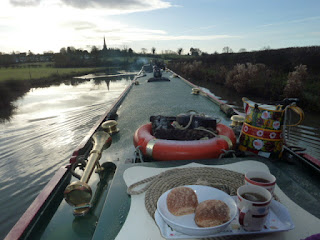 Braunston itself was reasonably quiet, as the locks here are closed till the middle of December for repair work. 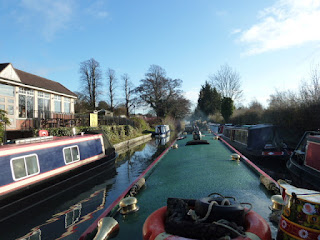 We stopped for water and got rid of our rubbish and then turned into Braunston marina and had a good pumpout.. 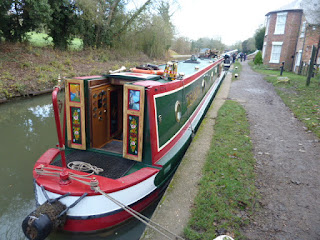 We then made our way out to the church moorings and managed to get telly just in time for Del to watch the last Grand Prix of the season. 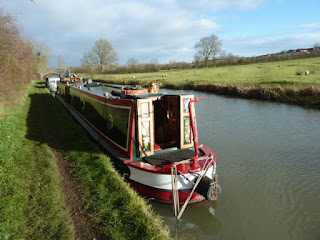 The days now seem so short and it is an effort to move on these cold and frosty mornings, but you can tell by the pictures its all worth it..
Posted by Del and Al at 7:24 PM