Through before the closure

We left early Sunday morning as we knew the locks were closing on Monday and the traffic could be busy. You could still see the moon as dawn rose. 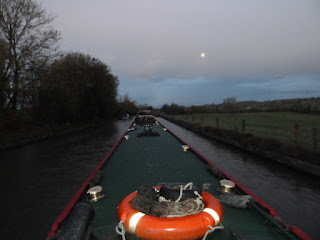 As we got to the tunnel another boat was just linking up with another one to tow him through as his engine had died, and they followed us in. 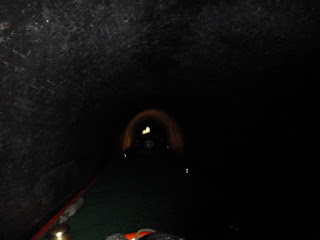 It was clear in the tunnel and we got to the lock with it in our favour, so made the most of it with the two boats behind us..
In fact the locks were all in our favour as we passed a few coming up, so it was a good move to leave early. You could see all the new lock gates and work gear ready for Monday's closure. 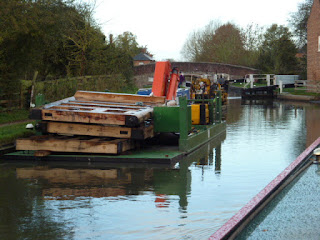 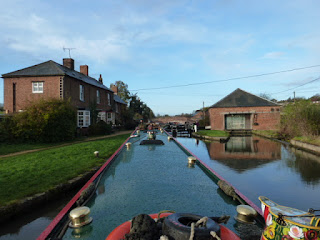 We got to the bottom lock with ease with the help of boats coming up and then squeezed onto the water point with a boat already filling.. It was a good time to order a sausage sandwich from Gongoozler's Rest, the floating boat cafe.... 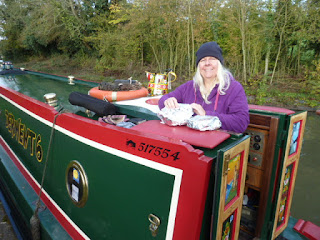 With full tummies and a full water tank we proceeded towards Wigrams turn, a section we have done so many times but still love it.. We just took our time with boats following us wanting to get by on this motorway section of the system. 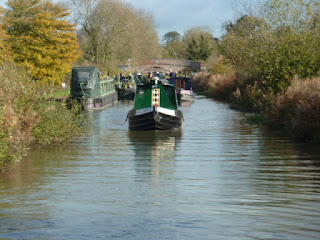 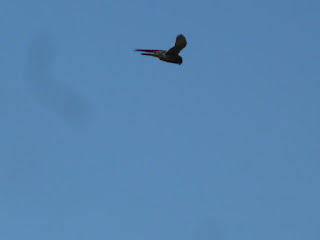 We carried on at Wigrams and made our way to Napton on the Hill.. 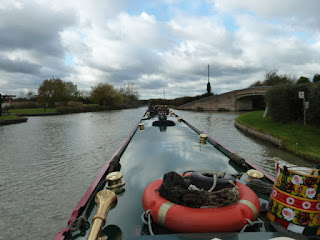 It seemed a bit shallow along here but we took it easy like we always do and got to the winding hole just before the locks.. 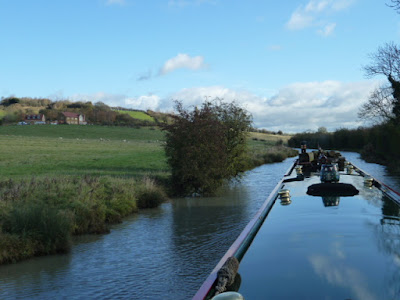 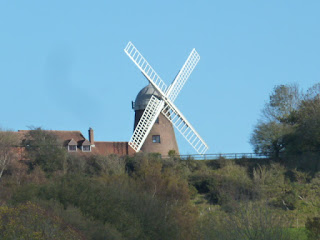 We turned here and were surprised to see a few moorings. 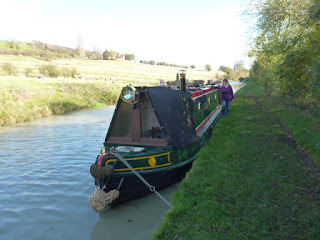 We were meeting Mark and Sian on n.b Mochyn Du, who together with Nick and Graham were in the Folly Pub.. It was a shower and shave and out for us and we got to the pub at 3.00pm.
We were all straight on it with some nice Old Hooky on tap and it was catch up time.. 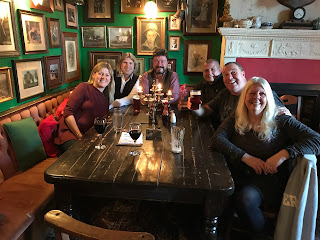 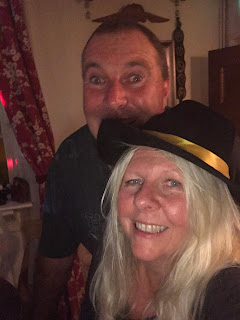 As you can imaging it started refined and ended messy, so messy in fact that Al banged her head on a table. 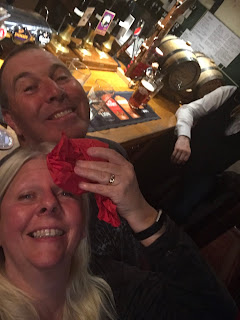 We just about got back to Derwent6, with Del falling in the brambles and cutting his head, and he also knocked into Al and pushed her in the canal as she was getting in the cratch on Derwent6.. Yep very messy!
It got worse because Del did not feel very well when we did finally get on board, like we said "very messy!"
It had been a long day!
Posted by Del and Al at 9:53 PM

Haha sounds like a great night! Hope youre both ok xx

You missed a good night, it was great fun! We're fine, and although I wasn't impressed at the time, have given everyone a good laugh!! x