We set off at 9.00am and passed the aerial disgusted as a tree. 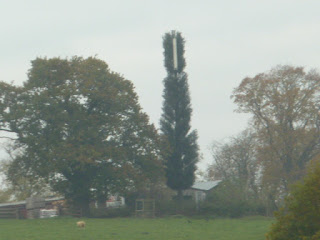 It was then through Nether Hayford and then on to Weedon. 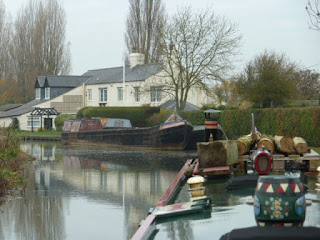 It was lovely cruising again in the November sunshine and the campsites here prove how good it is. 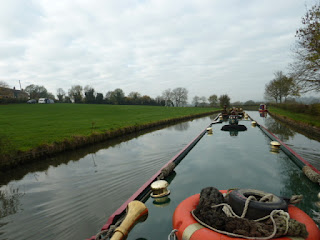 This is one of our favourite sections on the Grand Union but there are a few.. 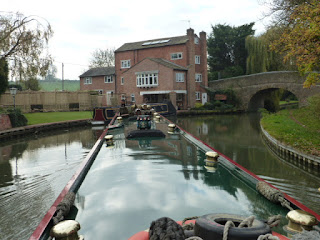 The funny thing is that these winter moorings that CaRT have put in place don't seem to be working.. We passed two and they were completely empty, which is good for us because we can still moor there but if a winter moorer has a permit they have priority to kick us off it.. 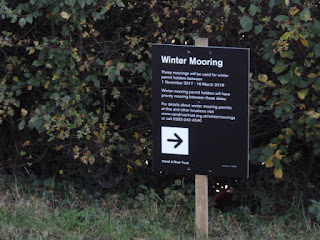 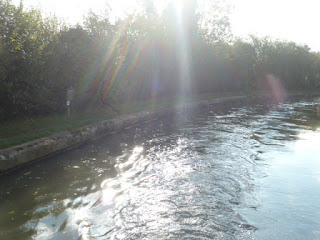 Then it was the new A45 which is a new direct route into Daventry from the M1 at Junction 16. They are carving into the coutryside but are doing a good job about it, not looking an eyesore. It is needed and will take a lot of pressure off Weedon and the A5. 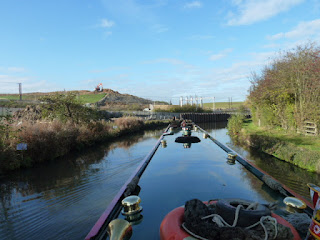 If you look closely you might just spot another Kingfisher on the bow of this boat. 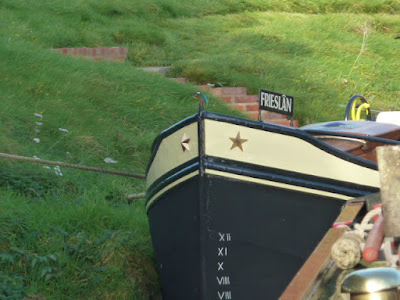 and we were closely being watched by this guy. The canal then went back into the trees and things were very difficult under the bridges with the leaves. 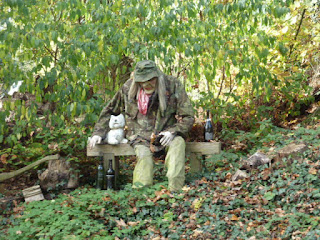 Derwent6 almost came to a halt as the prop became clogged up with black dead leaves, but we must say it was so pretty.. 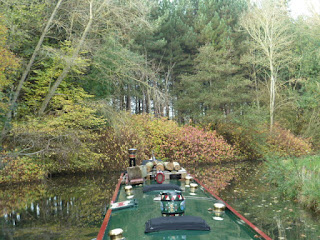 We then made the locks at Buckby, and was pleased to see anther boat waiting on the lock moorings for another boat to go up with them.. 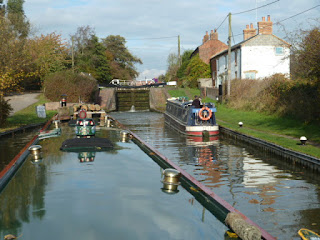 These are tricky locks, especially going up as the gates and paddles are difficult and heavy. They are also quite fierce, so two boats is an easy solution.
Things were going OK till we got to the third pound where the water levels were very low, so low in fact that we both got stuck just outside the gates.. 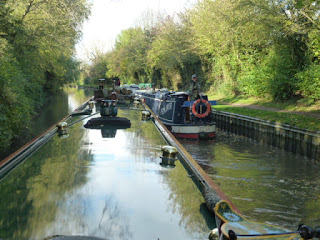 We were then lucky as the water came back to us both as two boats were coming down the lock in front of us, and we even managed to pass. Al let some water down when she arrived so the levels were normal again. 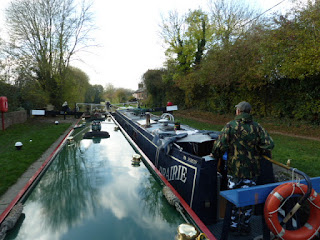 We got to the top lock and could smell the food in the pub, not a good thing. There were two moorings in front of us, so it was rude not to use them.. 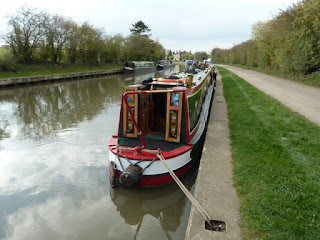 With a quick shower we walked down to The New Inn and ordered up.. Al had a nice Fish & Chips and Del a Lasagna, with chips of course and a nice beer to wash it down.. 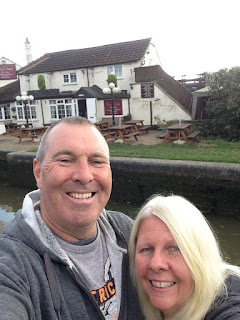 It was then back to Derwent6 and we lit the fire and snuggled in with the telly. It was Queen night on BBC4 with some new footage of the band making the News of the World album, we were rocking! 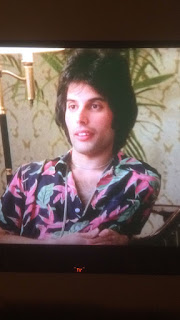