We stayed at Clifton for a day and Al watched her strictly over the weekend and Del the Grand Prix, as we had good telly signals here. It was nice actually, as Del chopped up all the wood on the roof and filled the storage locker. On the Sunday Al cooked a lovely roast dinner which made us feel a bit drowsy but it was gorgeous. 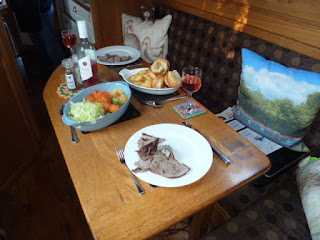 On the Monday we felt the need to move for a number of reasons, we needed some wood, we needed food, and we had rubbish to get rid of..
So we set off at 10.00am and made our way slowly up to Brownsover, which when we arrived had loads of spaces. 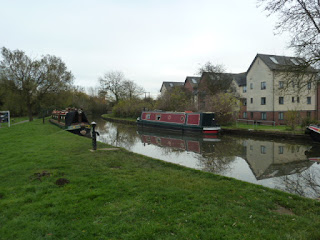 We pulled up onto the water point and topped up while getting rid of the rubbish and also clearing up the car park which was covered in litter. 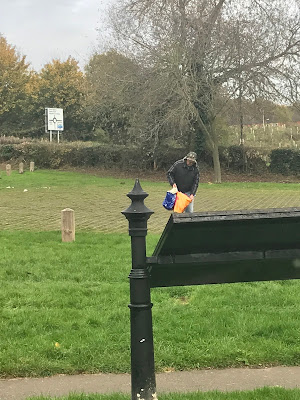 Al then went and did some shopping and Del went on the hunt for wood.. We both came back with loads and piled it onto Derwent6. 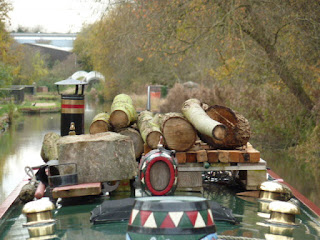 While Al was putting things away Del took the trolley back and then got some petrol for the chainsaw. 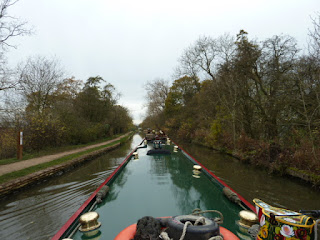 We then set off again and turned at the winding hole. 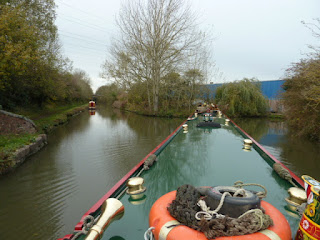 We moored back at Clifton on a slightly different mooring to where we were before which made it a bit confusing for Tooty the cat, but he has to get used to it. 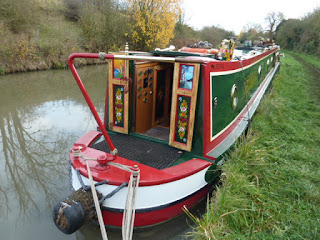 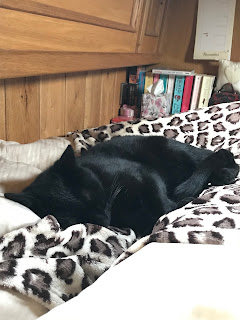 We relaxed in the evening with telly and games, Tooty slept..
We are getting a bit low on diesel now so hopefully we will see Mark on Calisto soon..
Posted by Del and Al at 5:18 PM

Yes folks in cars with takeaways there are bone idle, can't make it across to the bins, can they?
I used to gather litter here too, well done yous, every little helps before it blows away far and wide.
You could look on the wood as your reward for litter-picking, maybe.
Tooty is in good nick as he looks so shiny and contented in your pic there.
K and A xx