We had the intention of not going too far this morning, and finding another mooring in the middle of nowhere, but we ended up having breakfast first and while doing that got a text to say that the government were doing a Covid announcement at 11.00am, so much for leaving early.. We ended up leaving at midday and thought we would go nice and slow and soak up the surrounds and suss out any good moorings we could find.. 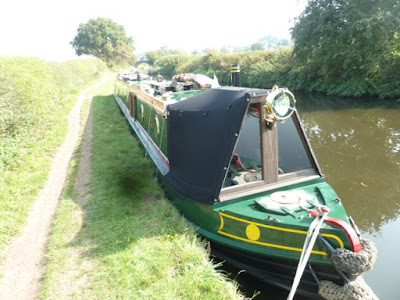 We soon got to the first lock of the day at Dimmingdale and this has a tricky little off set bridge which is low on one end, but we were travelling the right way so we didn't take the chimney off. 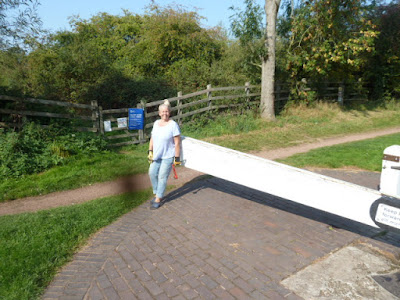 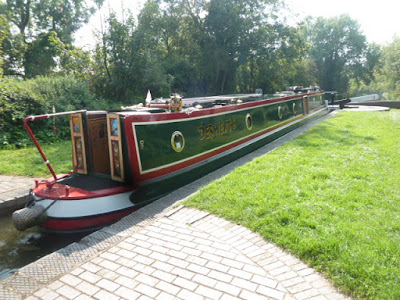 This is quickly followed by Ebstree lock. 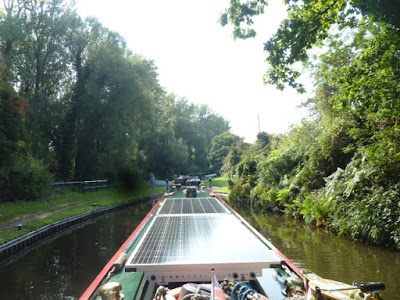 These locks have these little bridges so it makes it easy to cross the gates, only thing is you have to sometimes clamber over the gates when they are open. 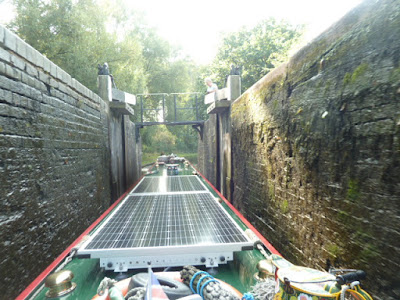 It was nice countryside but it was shaded by trees, and as it was such a nice September day we wanted some sunny spot to moor up, and ended up going through Awbridge lock with it awesome bridge. 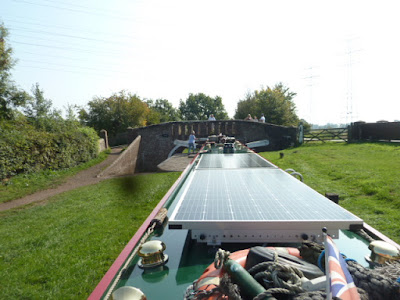 It was then onto Bratch locks which are three staircase locks, but there is a locky on here to help you down. The moorings at the top were empty, and we could see why because there were no mooring rings to tie onto. There were a couple of rings, and one boat was on them, but we had no choice but to carry on for a bit more. 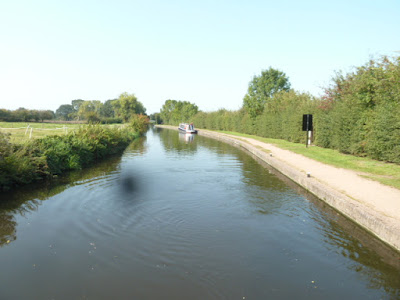 We went down the flight of three and it was the first time we had to master these type of locks. 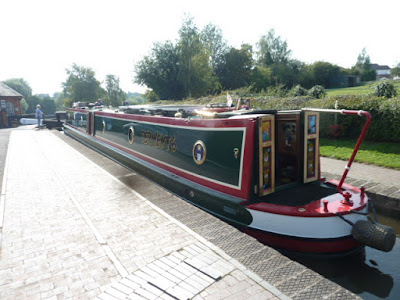 They have no real pounds and the water is collected in between the locks and then fed into the next lock, very clever. The rule here is "Blue before Red then set" 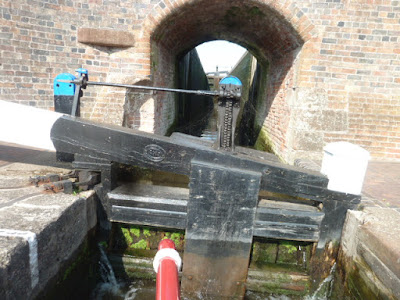 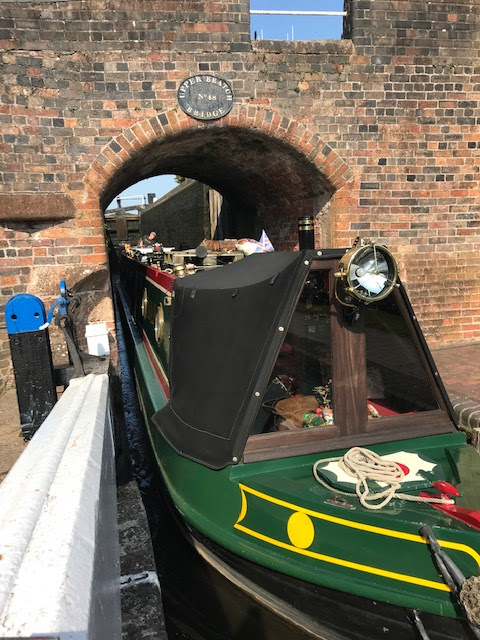 We set off towards Wombourne and again no moorings, some nice gardens and cricket grounds though surrounded by pylons. 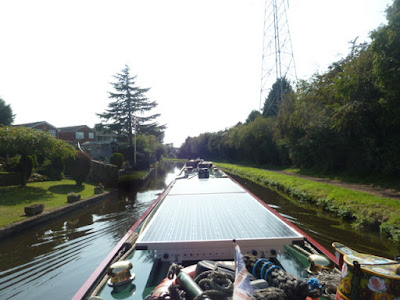 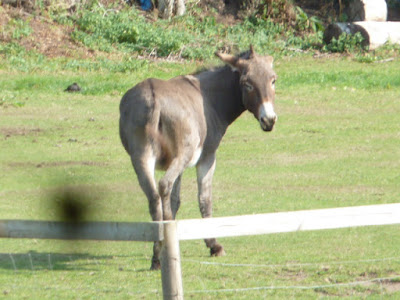 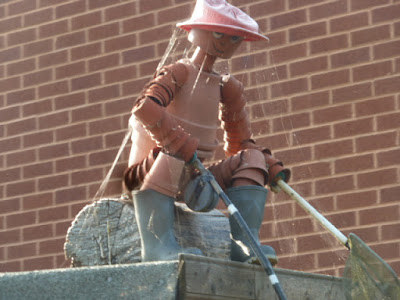 The next challenge was the Botterham staircase locks, which don't have a locky on, and when we arrived a guy was having trouble on how to tackle these.. Al soon sorted him out and got him through, and then we had to let a couple up so she had done four locks without doing ours.. We were now getting knackered when our intention was to only go a short distance today..  We went down and made our way across to the second lock. 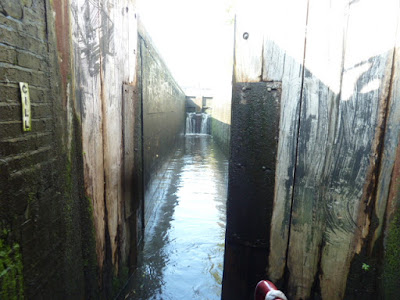 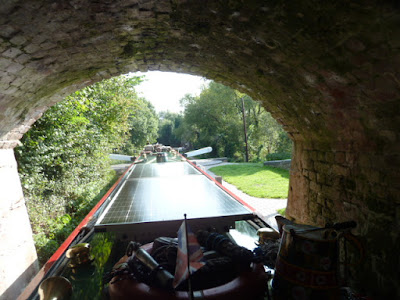 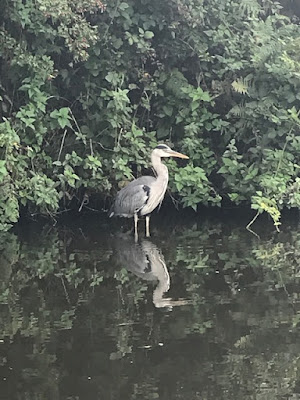 We then got to Swindon lock and thought we must get moored here. 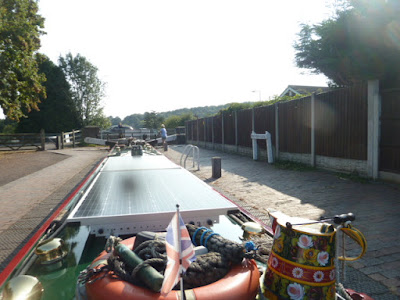 We ended up going through as there was a huge fishing competition going on, but we did sneak in on the end of them where two other boats were.. 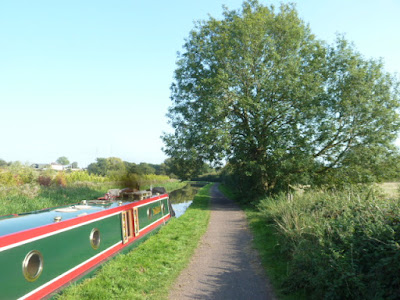 When we tried to get the telly sorted out we found out we couldn't get a signal which is probably why this spot was free.. Good job we don't watch a lot of telly.. Tooty loved it here with a huge field next to us.. We also found out a marina is planned for here, and has been marked out with fencing for the last three years? We've found the main problem on this section of canal is the speed of the electric bikes whizzing up and down the towpaths, it does get some getting used to.. But it has been very pretty in places and we're told it gets even better..

Hi Adam, you're right, the pounds are off to the side, just didn't explain myself very well lol. They are unusual though!