We were still trying to recover after yesterdays performance so we didn't set off till 10.00am. It was a beautiful autumnal morning with thick dew all over the place and the cobwebs on full display. 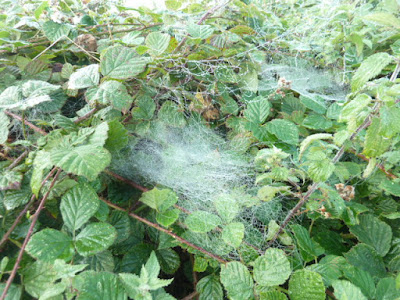 It had been quiet up to this point, and Del untied and Al walked up to Hinksford lock when a boat came round the corner and stole our preparation.. Hey ho we thought, but then a second one followed the first one, meaning Al was doing the locks again for everyone else.. Del ended up pulling Derwent6 up to the lock moorings and joining the queue.. 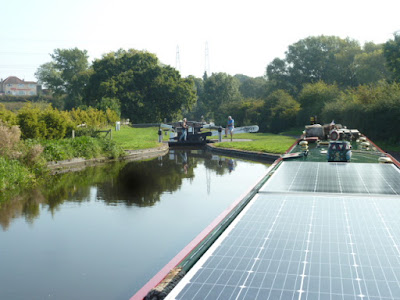 Anyway half hour later we managed to get in the lock and were soon on our way.. We got to Greensforge and the moorings were few and far between as they were still under the trees. We stuck Derwent6 onto the water point as we thought it is a good idea to keep the tank topped up as we didn't know what was round the corner.. It looked a good place to do a manual pump out as well, so we took out a couple of containers just to be on the safe side.. 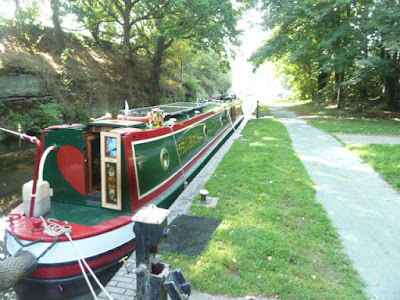 The boat that was behind us jumped us at the water point and we slotted in behind them. We then passed some lovely gardens which Alan Titchmarsh would have been proud off. 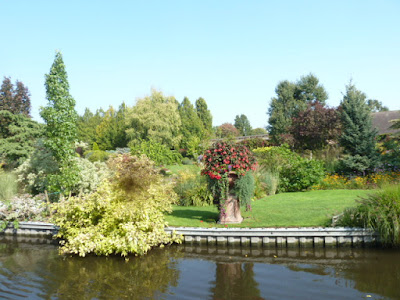 We then passed Ashwood marina, which is in an old canal arm and was a railway link for delivering coal years ago. 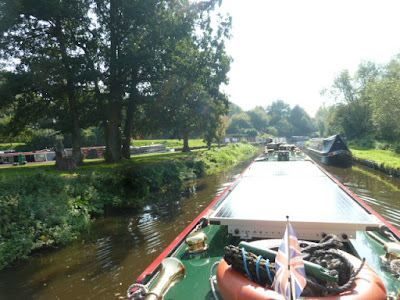 We then got to Rock Lock, don't know why it is called this, but I'm sure you can guess. 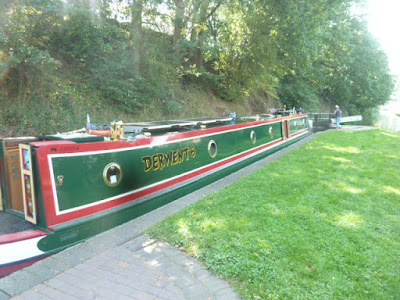 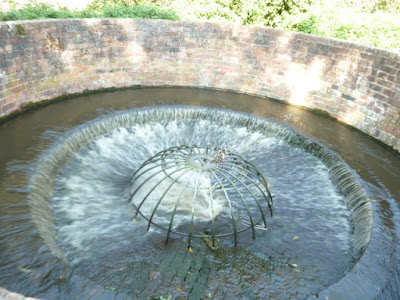 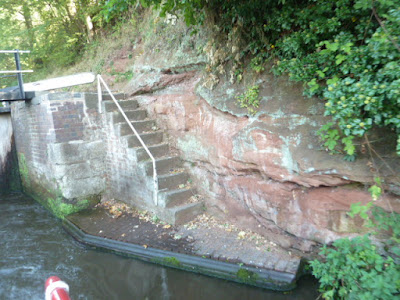 We then spotted a mooring just after Gothersley Lock and the sun shone between the trees like it was a sign it was for us.. 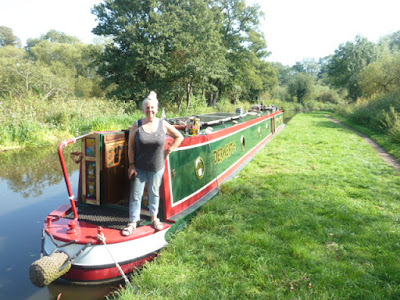 Derwent6 fitted in a treat and we were all on our own.. Lovely! 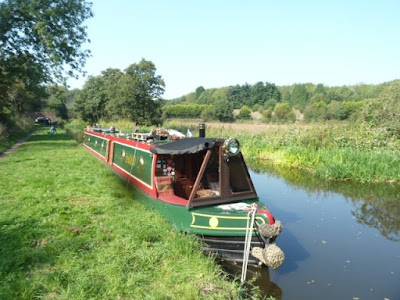 Just round the corner from here is a round house which used to be part of a big ironworks back in 1805 owned by the Foley's, a family from the Black Country iron masters. 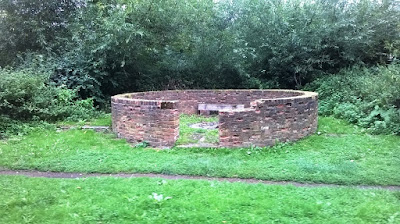 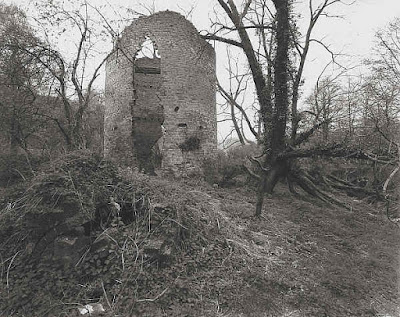 They all lived in nearby Prestwood Hall which is now a nursing home.

I can't believe you've never been on the S&W before. In 20 years of boating it became our favourite canal. The gardens at Ashwood Nursery belong to John Massey, a nurseryman and Chelsea gold winner. Enjoy.
Jo ex n/b Sarah Kate

Beautiful scenery all down that canal as shown in your lovely pics.
We enjoyed cruising down there very much, as I'm sure you are.
Ann&Keith xx

Hi Jo, I know, we've always either gone up the Shroppie or the Wolverhampton 21, crazy! That garden was amazing, one of the best we've seen, not surprised he was a Chelsea gold winner!
Thanks for the info....