On the Saturday Del helped Mark sort out the rear doors on his boat which were starting to seize up. Our evening finished with us going up the pub garden with Mark and Sian (who had come back from Wales) and having a bottle of wine.. It has been great to see them and catch up.

We left quietly in the morning at 7.15am and crept past them. 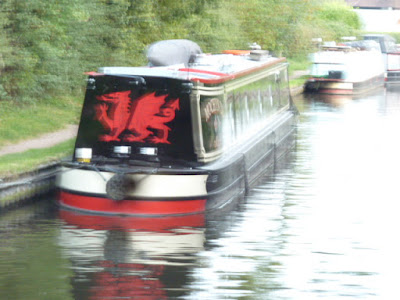 with a 20 minute cruise we were at the first lock which is right alongside the M6. 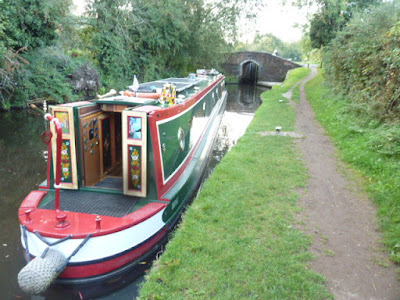 This goes for about a mile and then four locks take you on to Gailey with its tower along side the lock. 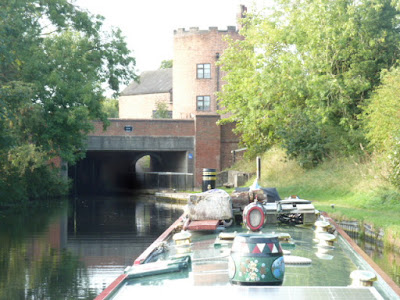 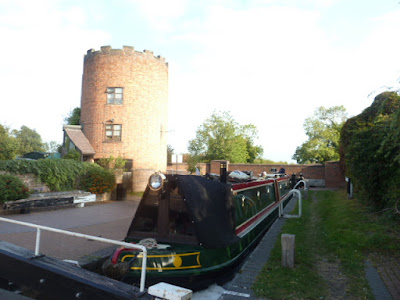 There is also a Gregg's nearby, which nearly temped us with a bacon roll, but we resisted. We filled with water which turned out to be quite a fast tap, and Del wiped off the dust which we had gathered at Penkridge. We set off, skirting around the chemical works, and onto Hatherton junction. 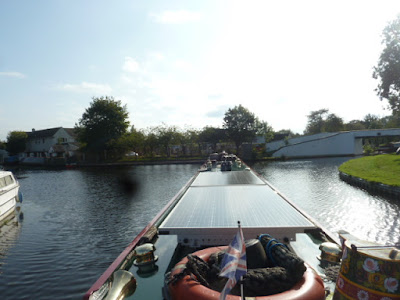 From here we did the twist and turns through Cross Green and Coven sneaking under Brinsford bridge. 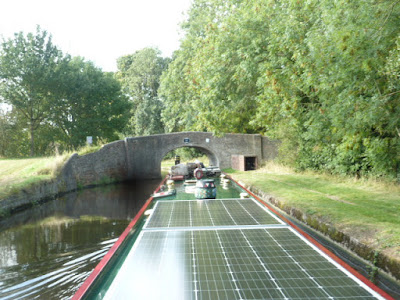 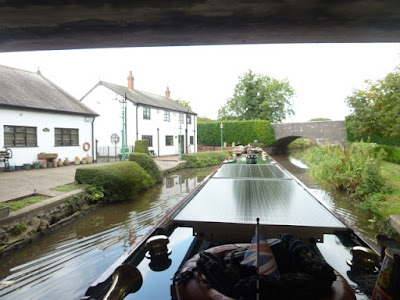 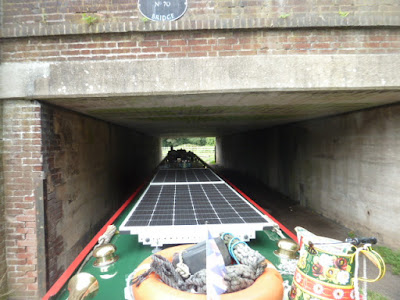 We then got to the narrows and the passing places are few and far between. 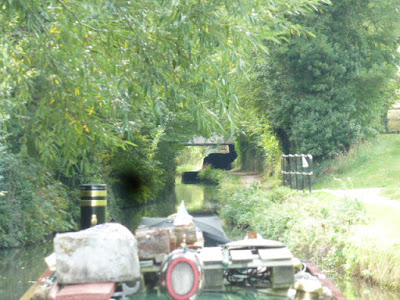 We met three boats through here and waved them past us. 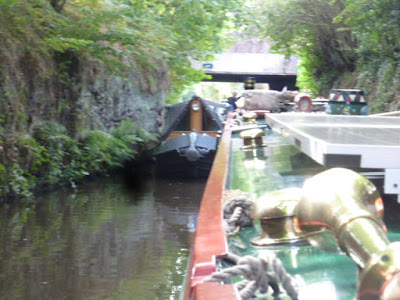 There are rocks either side in places and it can be tricky. 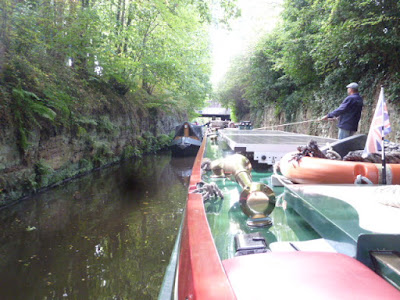 Out the otherside we soon got to Autherley junction and the Shropshire Union canal, but this time we carried on . 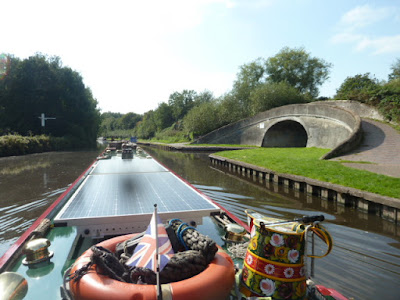 We passed the Wolverhampton 21 and again carried on on the Staffs and Worcs and into new territory. 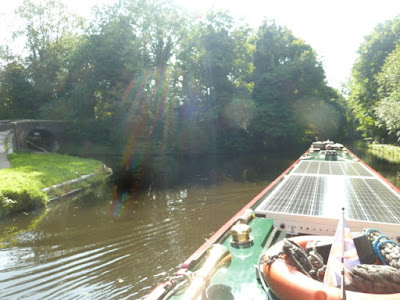 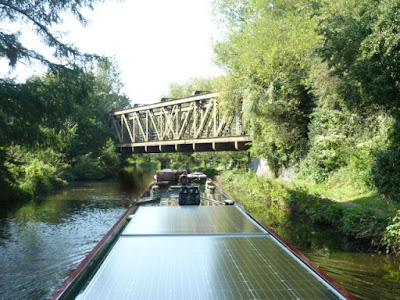 We aimed for Compton, where there is a handy Sainsburys close by. 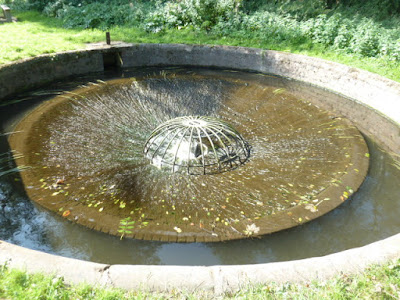 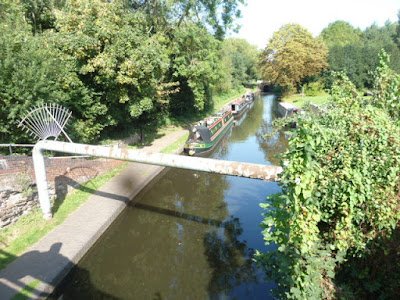 Al forgot a couple of things the other day, and popped in to pick them up while Del waited. We then carried on to Wightwick and there were plenty of moorings, but we fancied something a little more quiet so found a spot in the countryside.. 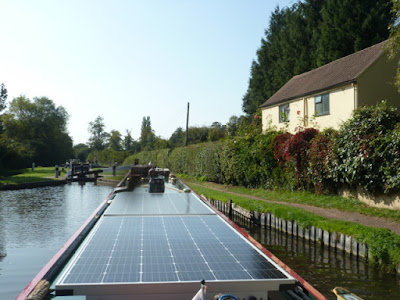 This was slightly ruined as a boat also saw us moor and thought they would moor behind us.. 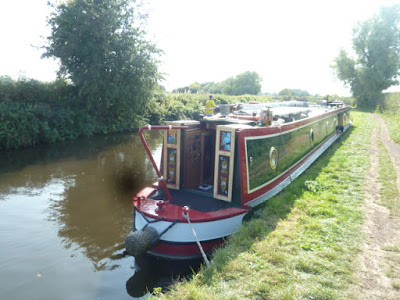 The sun had come out all afternoon and we sat out in the cratch sunning ourselves with some nice rolls Al had brought in Sainsburys.. We think this was picture of the day! 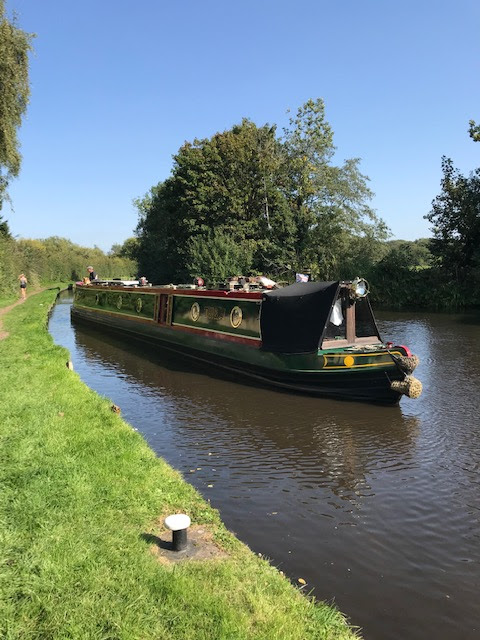 once met Robert plant by greenforge he was walking his dog on the towpath nice bloke really down to earth. he wont pay the ferryman though

Blimey! Will keep an eye open for him lol