So here we are, and we have been told by C&RT that we should stay put. That means the 14 days has been suspended until further notice. As we said in the last post we are not in a bad place and know most of the people around us so it does make things a little easier.. Al even had enough solar power to wash the bed sheets, but the day always has its drama's. 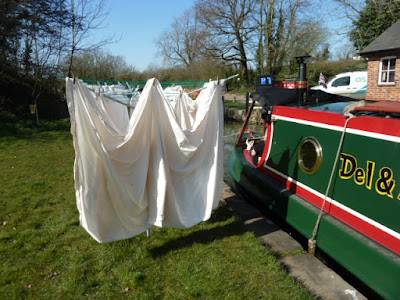 We were sitting in the cratch watching the world go by when a woman next to where we are moored came and opened her shop.. Del asked her if she was opening up as she started to put things out on the towpath. "Oh no" she said a bit sheepish and put one of her tables away. 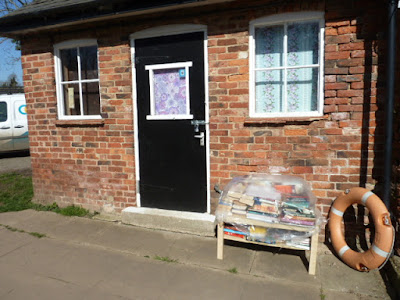 The other side she had some books and put a sign out saying "free books, please help yourself". 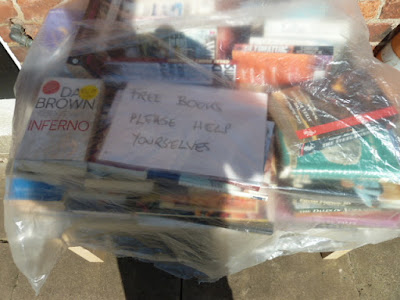 Del then said to her "Don't you think that's a bad idea, as they could carry the virus and also create a crowd around our boat".. She then put a sheet over them and got in her car and drove off.. Oh great, we thought.. The towpath wasn't very busy luckily, but someone else obviously wasn't happy either, as we got a tip off that the police were on their way.. The next thing that happened was that a guy turned up, and moved the books to a skip nearby, got in his car and drove off..
The police arrived and asked Del where the shop was and we showed him the pictures we had taken of the books.. 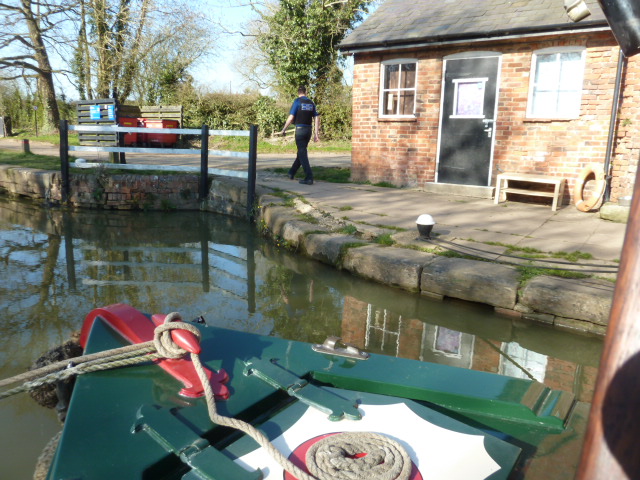 I think the shop owner will get a good telling off for first opening the shop and secondly creating a public hazard in these difficult times..
To make matters worse we saw an ambulance turn up at the marina just after that which is a worry.. 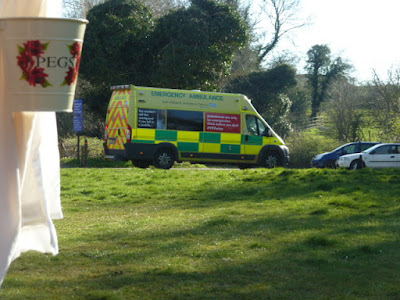