Posh for a bit

We had a battery to collect and thought it best to get to a marina where we could get parts if required, and also shoreline to charge and equalize the batteries.
Our closest was Burton Waters and we made a call and got booked in. It was a 45 minutes cruise to there and pretty uneventful with it being alongside a busy road, even though you can't see it.. 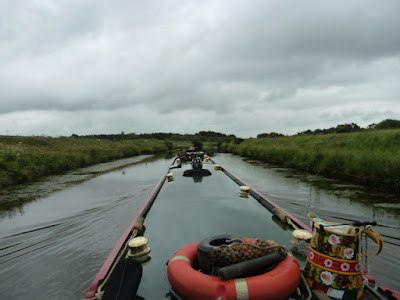 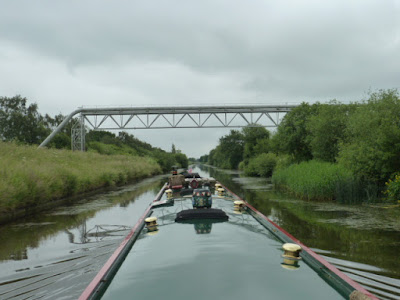 We took the turn into the marina and got the Wow effect with all the posh boats lined up.. 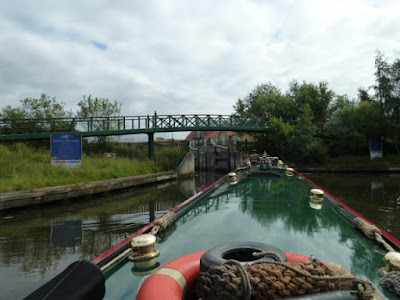 Shiny Derwent6 stood its ground and they looked pleased to accept us. 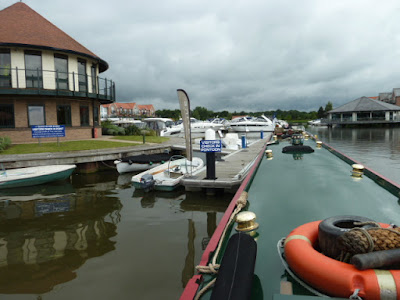 It was fifteen pounds a night, but it might be nice to go posh for a bit. 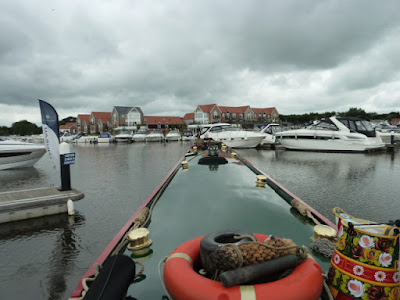 They did put us in with the ten narrowboats they have in here and it was out of the way, although on short pontoons. 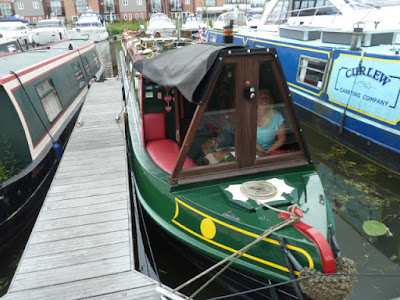 We then got a call from the courier delivering our battery and found that he was at Brinklow, as that was where we had the original order of seven new batteries sent, WRONG!
"We are in Lincoln" we told the guy and we had sent an email, with the address we wanted it sent to and also called them last night to check it was going to Lincoln.. We called the battery people and they weren't too pleased and said it would be delivered tomorrow, someone's going to get a rocket!

We thought we would have a look around as they have a few restaurants and a coffee shop and hairdressers. Can you spot Derwent6 in these pictures? 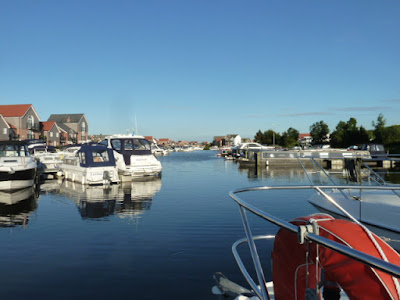 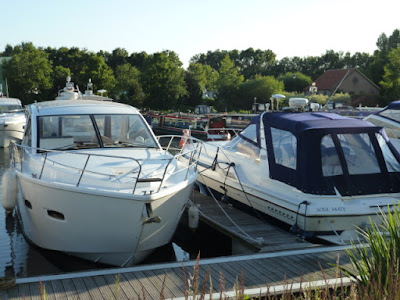 The showers and toilets here are spotless and it has a good launderette, very posh! 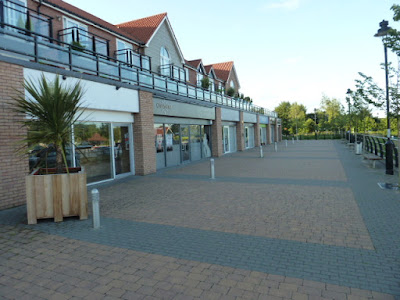 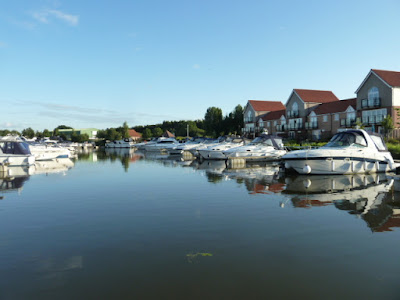 We went to the coffee shop and had a sandwich which was only £3.45 for a huge roll and a cup of tea.. 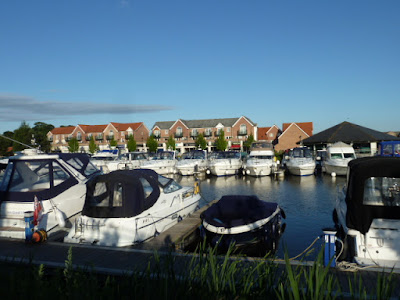 When we got back to Derwent6, Al got the washing going as we were on shoreline, and we chilled in the sunshine...  Tooty's not happy though, he has no grass...
Posted by Del and Al at 6:01 PM

Hope Naughty-Cal was behaving herself on E Pontoon :)