We were woken by the cat at 3.00am due to the fact that he couldn't get out of the boat as the walls were too high, and if he fell in we couldn't reach him.
We got up at 7.00am in the end and got ourselves ready to go through the lock at 9.00am but it turned out we had got the times wrong and it was 9.30am when the lock was open. Bang on 9.30am the gates opened and then we got the green light. 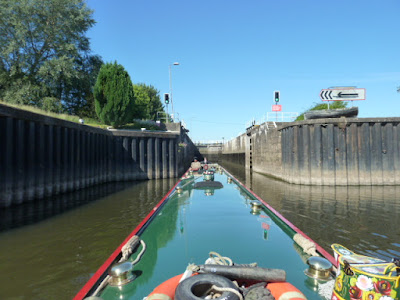 Derwent6 tucked inside the huge lock and we hung on to the ropes as the sluices opened. "We were all clear to Gunthorpe" the guy shouted as we left..
It was just perfect cruising, clear blues skies, blue water and a slight breeze to keep you cool.. 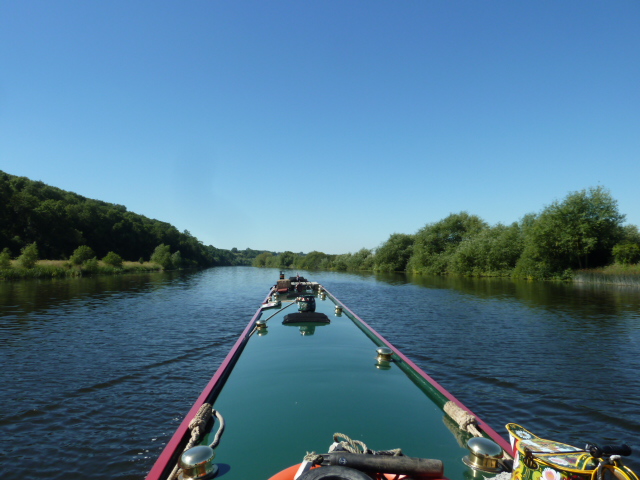 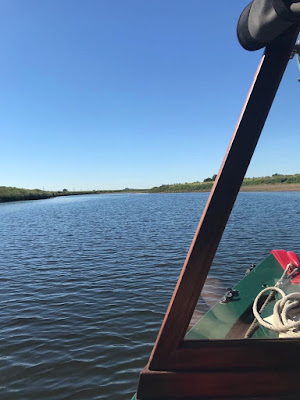 As we left the lock we could see the gliders flying overhead.. 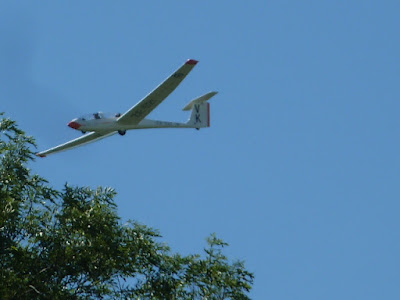 It was back to following the charts again and taking the best route. We had all the walkers and fishermen out waving as we went by.. In the air it was like a highway in the sky, here are three jets all on the same path. 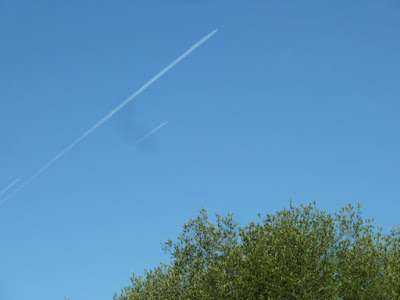 It was a short five mile stint before Del radioed in to Gunthorpe. 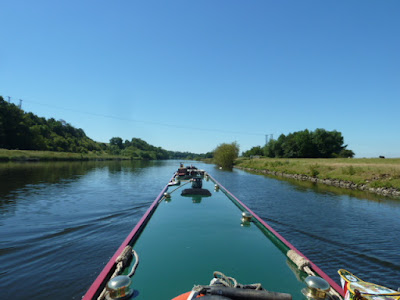 We got the green light and they said they were waiting for us.. We never passed another boat on this section, so bizarre in this great weather. 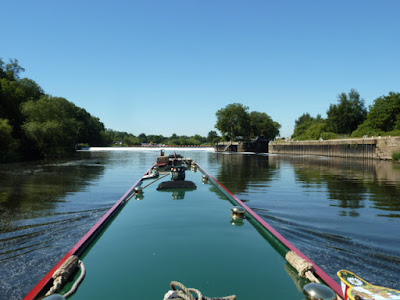 We were informed that there were a couple of moorings on the pontoons, and sure enough we had a prime spot, some luck again at last.. 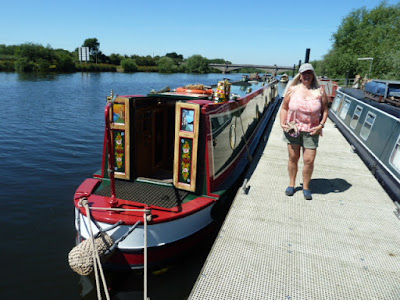 We passed a Ice Cream van and it was rude not to have one in the sunshine.. 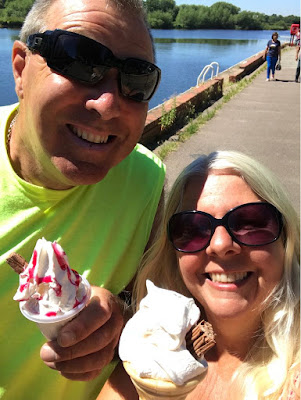 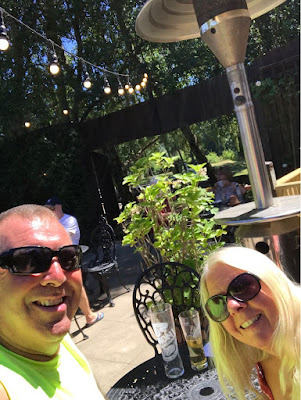 We sat at a table in the sunshine and watched the food came out, "Mmm" it looked good, so yes we ordered something to go with our cold beer..
So full up we walked back to Derwent6 fit for nothing!  It was football again for us in the afternoon, this World cup can bugger up your time.....
Posted by Del and Al at 4:35 PM

Hi Del and Al was lovely to meet you last night at via fossa. Glad we can stay in touch through your blog, just had a look seems you are having a great time , just abit jealous lol . Kelly and Andy

Hi Kelly & Andy, lovely to meet you too! Hope you both have a great holiday!