Our luck ran out

After a couple of lazy days over the weekend and watching a lot of sport we prepared ourselves for the tidal Trent very early Monday morning.
With the football things seem full on and Sunday was no exception with England winning 6-1 and having to stay up late to watch the highlights of the Grand Prix with a Hamilton win.
We were both up at 5.00am and we crept down to the pumpout station for 6.00am.
It was on pause, which was a bonus, so we got most of the tank emptied for nothing.. We also filled with water.. All done by 6.40am and the lockkeeper arrived and told us that when the gates open we were first in. 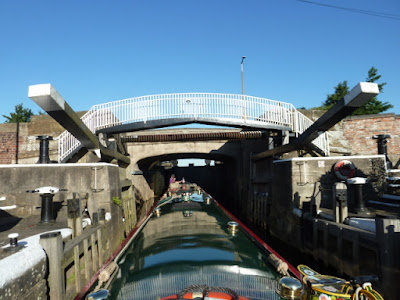 Our luck was running and we came out of the lock first and then saw boats on the moorings below the lock getting the signal that the tide was right to move.. two got off in front of us and another went downstream.
We pulled into the up stream and things went very slowly. the cruiser behind us overtook us and the two in front left us for dead, one was a narrowboat. 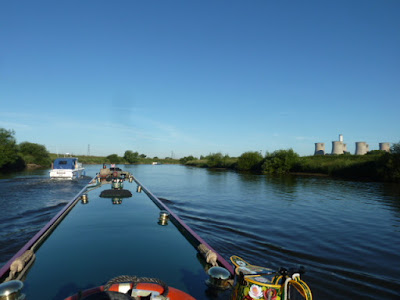 Still it meant we had the river to ourselves once they had all gone.. All this nice weather is great but it does make people with boats, go boating.. We could see all the cows trying to get refreshments in this hot weather, it made us feel like we were in a western movie. 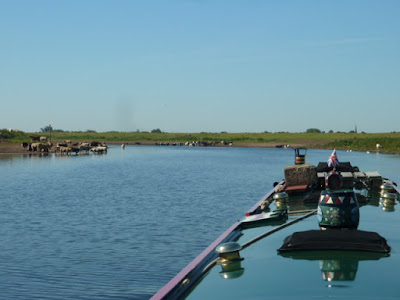 It was quite busy as we got out our charts again and navigated the course. We just got hotter on the back of Derwent6, it was lovely, but it was wearing us out. 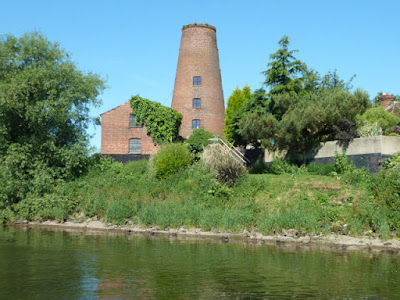 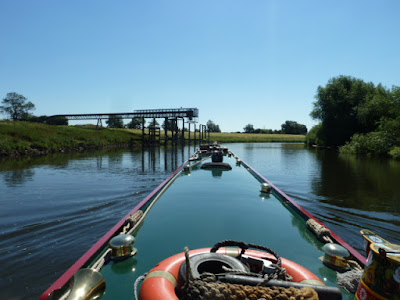 It took us five hours to get to Cromwell Lock and it also wasn't good news. 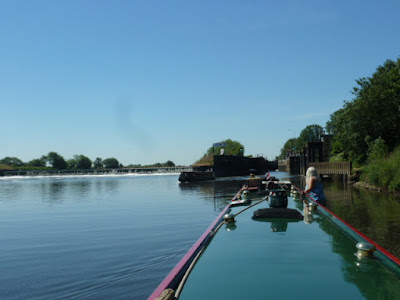 Loads of boats were in front of us and the lockie said most were stopping at Newark. Oh well at least we stopped in Newark on the way up. We passed under the A1 and the traffic was horrendous. 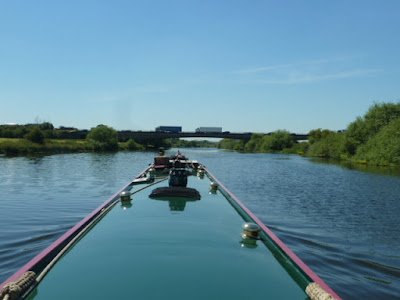 When we arrived he was right, not a mooring to be seen. This was a bit disappointing considering we left at 7.00am this morning.. 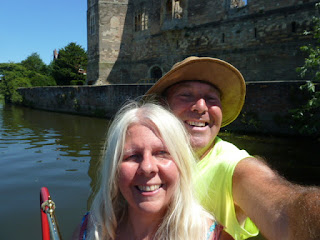 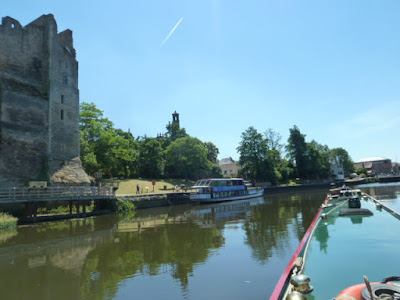 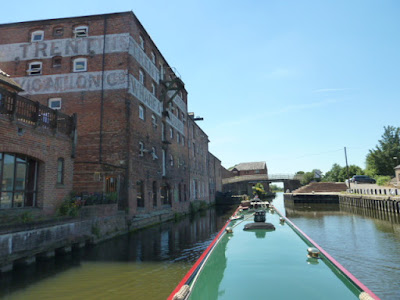 Still we pushed on though Newark town lock and got a hint that we might get moored at Hazelford lock but we couldn't remember the moorings there. 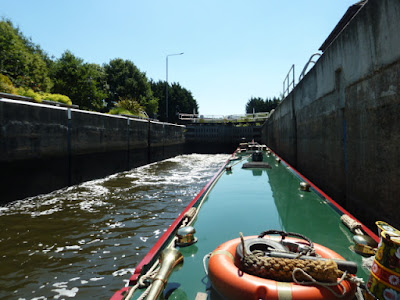 We passed Farndon and saw a mooring on a pontoon and when we got on it there was a sign that said pay at the marina.. When we asked the couple on their boat behind they said it was ten quid. We couldn't even get the full length of Derwent6 on the pontoon, and no shoreline, we moved on!
At Fiskerton we might have got in asking to shift boats around, but it was right outside the pub and we didn't fancy that. 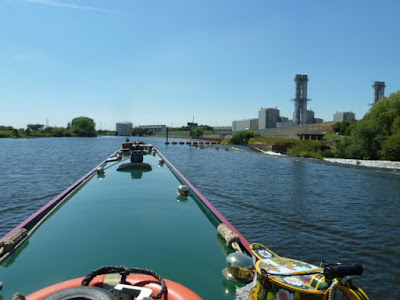 So it was onwards to the Lock, and when we got there it was a high wall but on the end it was a bit lower, just a bit. 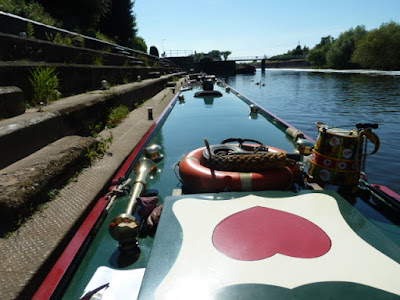 We moored up and walked up to see if there were any other choices but alas, there wasn't.
There really are a massive lack of moorings on the Trent, and its difficult if you don't hit it right, time wise. It feels like you have to fight for a mooring and our luck just ran out.
We couldn't get a tv signal but did have good internet so watched the football on there. We were knackered. We set off at 6.00am and moored up at 4.30pm, a long day!!!
Posted by Del and Al at 4:29 PM