Ok it was a 9.00am start and we were offered some locking support by Doug and James last night.
It was raining which wasn't a good start, but when we turned to go up the locks the lads already had the gates open and waiting.
Everybody worries about the Rochdale Nine and we were ready for the worst. The first four locks were amazing with clubs, bars and restaurants overlooking the canal. 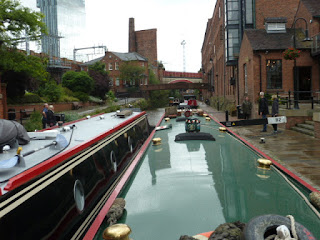 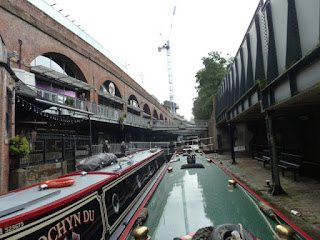 It seemed a lot easier with a crew of four setting up the lock in front and even setting locks up for the boat behind us. 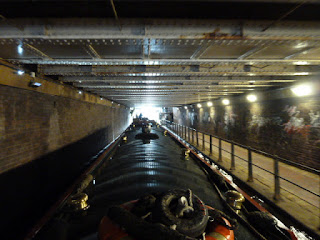 When we got to Canal street we had to get on the boat on a pontoon as the next lock you can't get to by foot, tricky as the crew had to squeeze on and it was raining.. 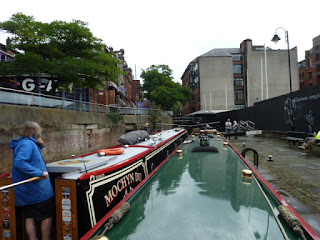 The locks are very slippery when wet, and good footwear is required. 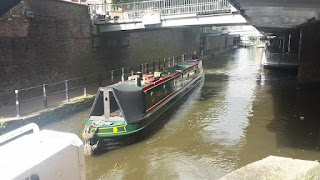 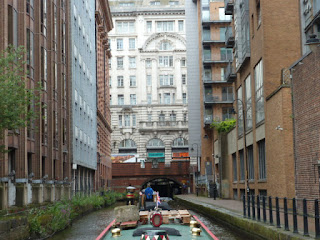 After these locks you get to the dreaded eighth lock, and we have to say it was dreadful. The first thing you see is it is under Piccadilly in a tunnel and as you can imagine smells pretty unpleasant. 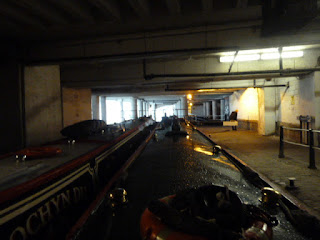 When you get close to the lock you see all sorts of characters and going on's..
We wasn't bothered by any of them, in fact one guy helped push the gates, but we did meet a couple going down the flight and they were really nervous not knowing what to expect further down. When we told them it was a lot better, they felt a little happier..
Why this lock isn't policed we don't know, there was a little sign on the wall. 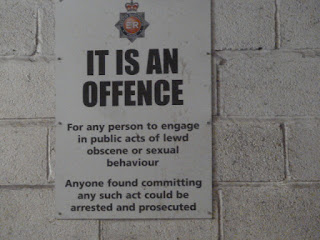 We got to the top and put ourselves on the 24 hour secure moorings, and then got ready to go out.. 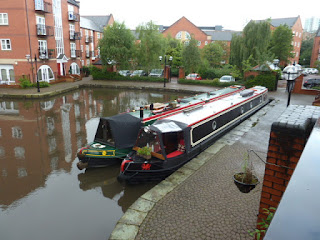 We met up again with Doug and James and jumped in the car with Marky and Sian and went to Blackpool.
The night before we had got our pleasure beach tickets and also booked the show Funny Girls.
We arrived at 2.00pm and parked up and got our wristbands. 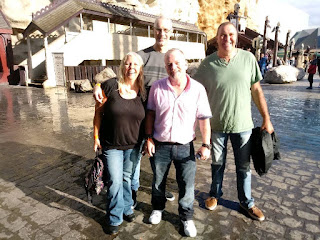 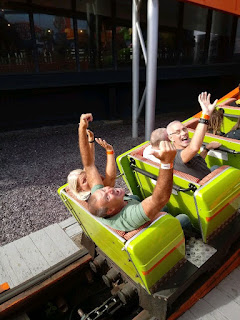 It was thirty years since we had last been to Blackpool and it seems to be better than ever. 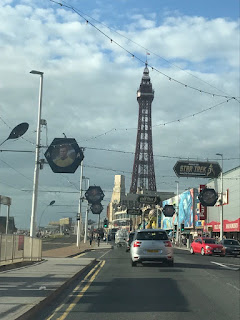 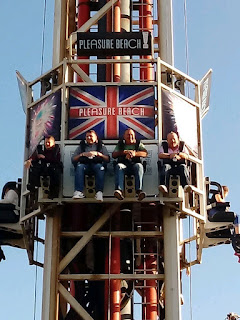 It still had all the old rides mixed with the new and we just had a great time.. 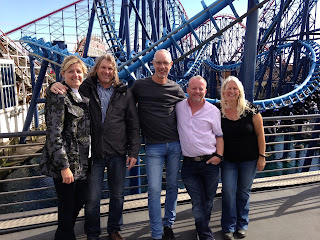 We then went and had something to eat at Prezzos before we went to the show at 8.00pm.
The show was fabulous and funny and excellent value for money. 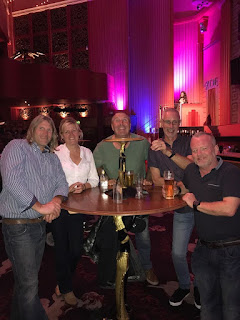 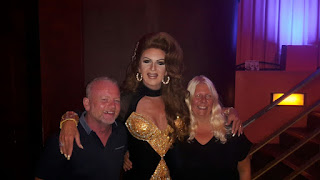 After our drive back we managed to get to bed at 1.00am. A big thank you to Mark and Sian for taking us to Blackpool and a massive thank you to Doug and James for helping us up the locks and organising Blackpool for us all..
Posted by Del and Al at 10:43 PM

Great day and evening guys. Great to catch up with you all and see you again soon. Doug & James xx