We woke up and the weather was awful, Tooty had come in soaked to the skin and the rain just never wanted to stop.
After getting up and having some breakfast we decided to take a walk into Whaley Bridge. 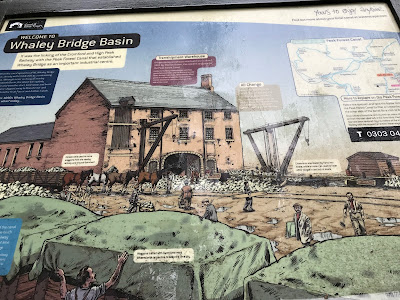 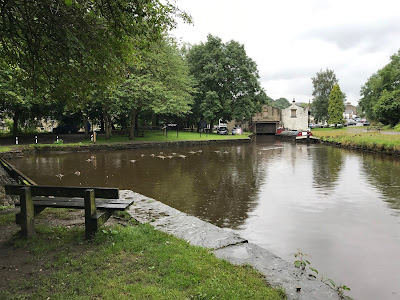 Just a seven minute walk away is a big Tesco's here and we also took the opportunity to walk round the village, and see the Basin and moorings as well.
After getting three large bags of shopping we got back to Derwent6, still with the rain beating down on the roof..
It was an afternoon of doing nothing, it was so damp outside it felt like you wanted to light the fire.
After a shower, Del met up with Marky and they walked up the tramway to another little village called Whitehough.
The tramway is where the limestone was taken from Bugworth Basin to the mills and factories through the valleys. 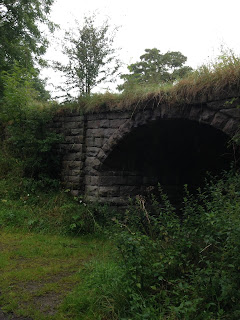 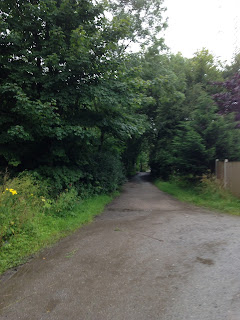 It was a railway that had a very slight incline and horses used to pull the trucks up to the mills, so when they were full they would roll down back to Bugsworth Basin, a very dangerous job. 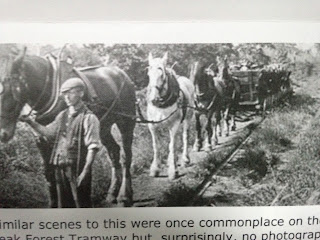 Young boys would be the brakes with blocks of wood sitting on the sides of the trucks. 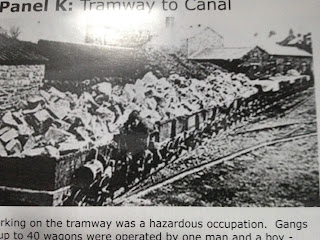 At Whitehough there are two great pubs owned by the same owner, the Old Hall, and the Paper Mill. They had a good selection of ales and the Old Hall did very good food. 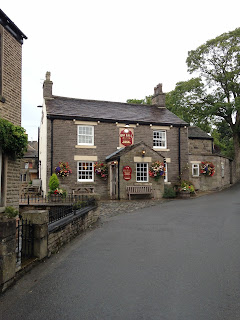 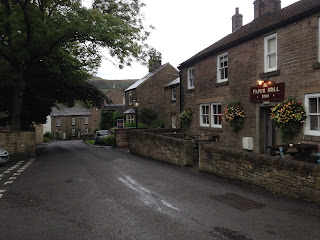 We walked back to the navigation pub and watched Man U and Real Madrid in the football Super Cup.
Still raining, we got back to D6 at 10.00pm.
Posted by Del and Al at 11:14 AM