We decided over drinks last night that we were going to split from Mark and Sian for a couple of days due to the fact we wanted to make the most of a good weather day tomorrow cruising, and they wanted to see more of Congleton.
We set off at 9.30am after the showers had passed in the hope the weather was going to get better.
As it turned out it did, and the sweatshirts came off and we were back in T shirts. 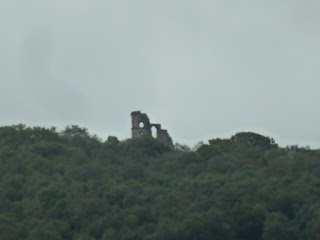 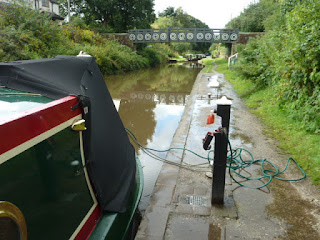 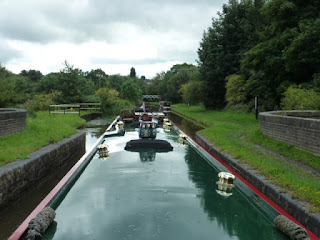 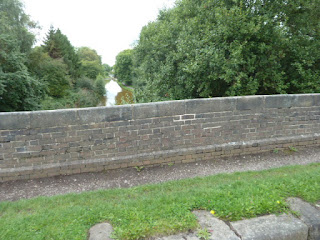 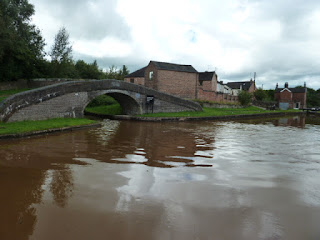 It was a steady cruise down to the stop lock at Hall Green where we topped up with water as the tap was so fast. We then got to the end of the Macclesfield at Kidsgrove, where the canal first goes over the Trent and Mersey by aqueduct, and then turns and joins it further up. You could see the water colour changing from a murky grey to a bright orange.
We pulled up outside the Harecastle tunnel and there was only one other boat, and Al went and found the Tunnel Warden, a nice fella who offered us instructions on how to go through with ease. 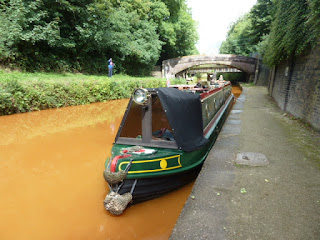 Here there are three tunnels, the first tunnel built by James Brindley where the boats were legged through to get coal to the kilns. Brindley sadly died during its construction. 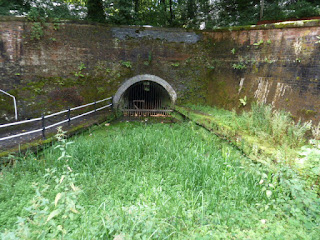 The second one was built by Thomas Telford and originally had a towpath for the horses. This meant that both tunnels could be used because it was a bottleneck on the system, one way for each direction. 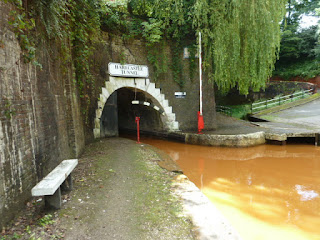 Due to subsidence Brindley's tunnel had to close, and now with motorised craft the towpath has been removed to make it easier to go through. The third tunnel is a railway tunnel which goes above these two tunnels and is shorter.
This tunnel is still really tight and a lot of concentration is needed to get through without damage. It is over a mile long and gets very low in the middle and you have to duck down through a small section of it, it's takes 40 minutes and its wet.. But we made it.. Phew! 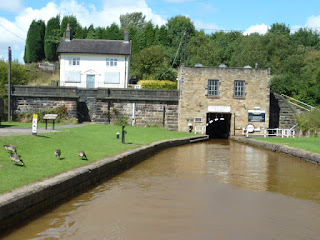 We then got to Stoke on Trent and it has cleaned it's act up a bit.. the canal was free from rubbish and was pleasant to cruise. You can still see a lot of the history on route with mills and bottle kilns by your side. 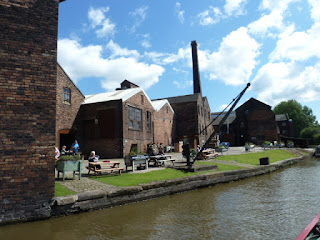 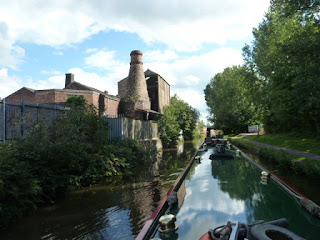 We then got to Twyford Locks where the Caldon canal will have to wait till another day, but we will do it. 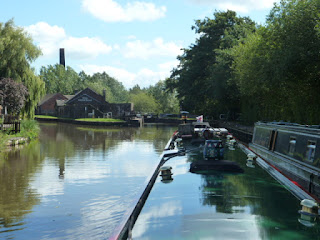 We went down this flight of tricky locks but the paddles were all ok except the last one.. Some of these locks aren't the prettiest locks in the world and have some low bridges to contend with but they are a means to an end. 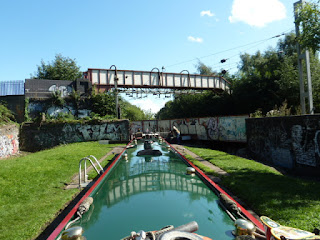 You then start to get out in the country a bit and its wide and deep and also a bit straight, till you come to a lovely place called Trentham. Everyone here had done their gardens to perfection, it was like there was a competition on, but nice for us. 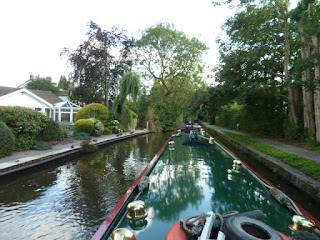 We got to Trentham Lock and then was looking for a mooring as it was getting late in the day. 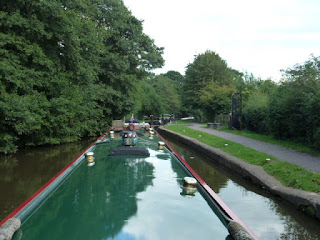 We stopped at the Wedgwood factory moorings which just had a few spaces left, perfect! 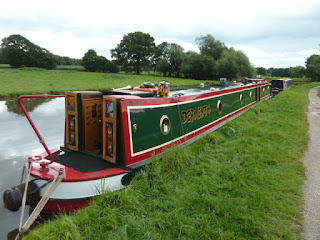 We flopped onto the sofa exhausted, but pleased with what we had done. Al then cooked a lovely steak to build back up our energy levels. When we looked in the mirror, blimey we had caught the sun today, a good days cruising!
Posted by Del and Al at 9:20 PM