Tough, but good timing up the Buckby flight

We don't normally move on a Sunday but we had a window in the weather which allowed us to cruise without getting wet, also it was so mild for the time of year.
Del wanted to see the football which was on at 2.00pm, so we set off at 8.00am. 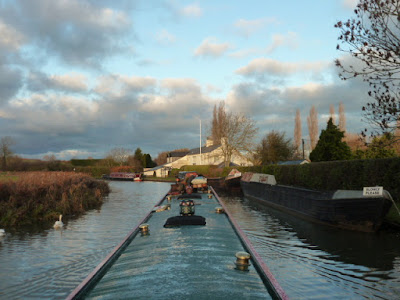 It was lovely with the sun just coming up and we headed towards Nether Heyford wharf. 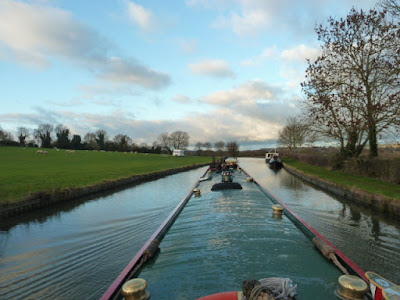 Again it was so quiet and the canal was like a mirror as Derwent6 cut through the water. We then noticed that the new link road on the A45 to Daventry was finished. 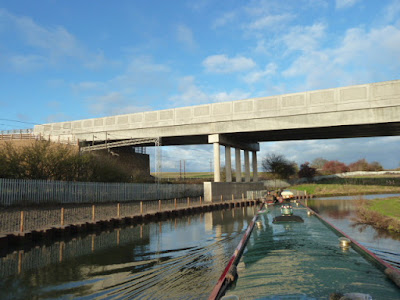 As we passed under the bridge we also noticed a plaque and a memorial bench for an Engineer. 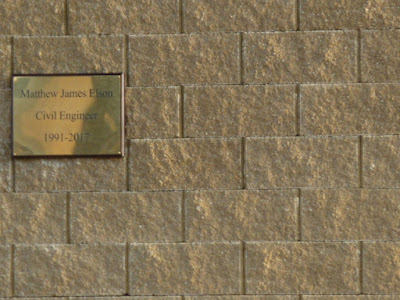 It looked like someone was killed who was an employee of the company building the bridge, very sad. 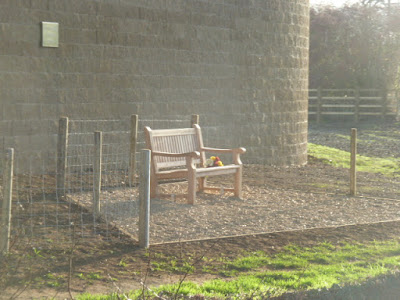 We then made our way to the bottom of the Buckby flight. 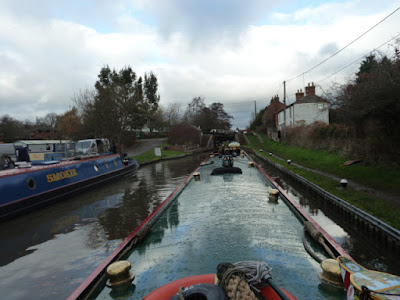 These are tough locks and even tougher when they are against you. Why? because the paddles are stiff, the gates stick and feel very heavy, and also the gates come open on their own and the pounds are always low.. 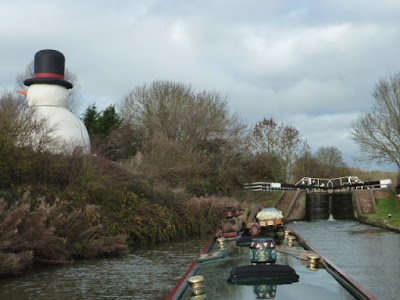 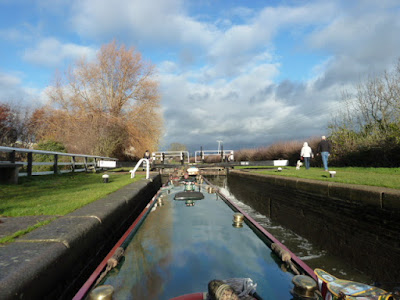 We got to the top lock and the weather turned colder and it looked like there were no moorings.
As we crept along there was a hidden slot and Derwent6 fitting right in.. Phew! 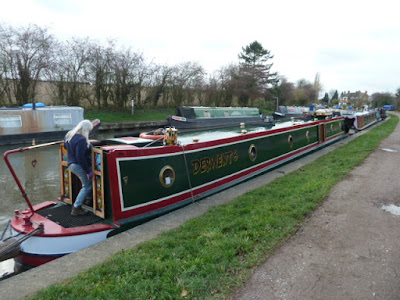 It was 1.15pm and Del did manage to watch the football, seeing Arsenal beat London rivals Spurs..
We then thought it would be good to use the New Inn pub and have a good Sunday lunch. It paid to go a bit later as we got a good plateful of piping hot food. It was then back to Derwent6 for Al's Strictly..
We plan to move tomorrow but the weather looks iffy.. Maybe the Christmas decorations will go up..