Moving in the cold

The sun was out but it was so cold so the legwarmers and body warmers came out as we untied and set off..
You can now see the progression of the Holden Bridge which has made a mess of the landscape here but I'm sure it will have its benefits. 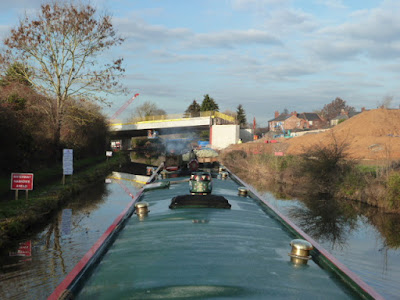 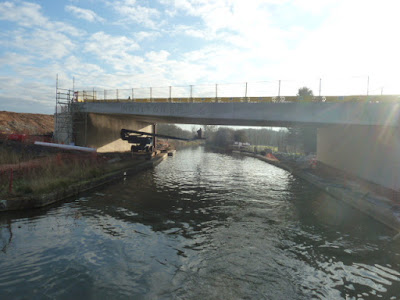 We had to wait a bit so the guy working under it could get out of the way but it wasn't a problem.. 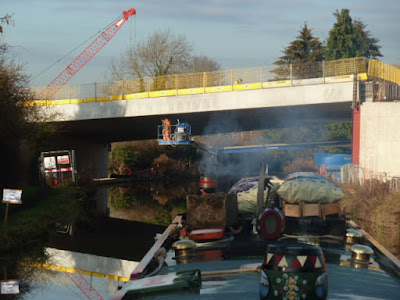 The levels are still down as we still haven't had enough rain and there was even some weed in the canal.
We got past Clifton Marina and then hit some ice.. Del had let a couple of boats go by because we knew it could be icy in places... We followed the tracks of the two boats in front of us so we didn't suffer any damage. 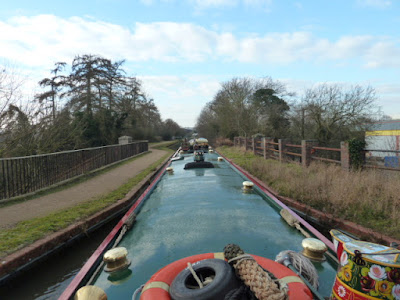 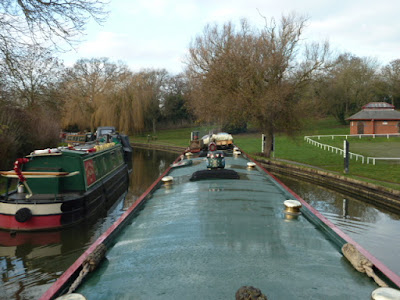 It was quiet at Brownsover and it made for easy cruising to Newbold. 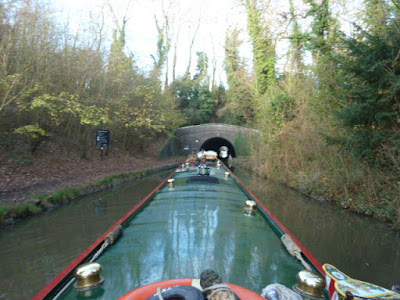 At the tunnel we could see the two boats in front of us and slowly caught them up.. 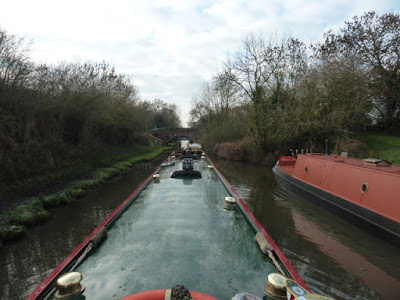 We got to Brinklow marina where we turned in and our mooring here was available. Because of the time we had spent in here over the last few years we had been invited to go to the Christmas Dinner on Saturday night to start off the festivities.. The weather was so calm and it was easy to reverse Derwent6 onto its mooring marked by Al's Mum and Dad's garden animals.. 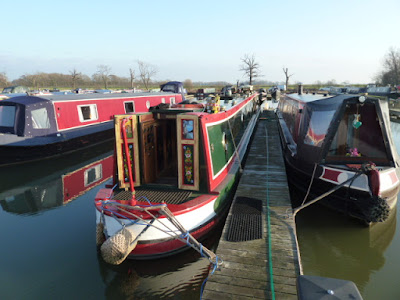 So back on Shoreline and loads planned, washing, charging, and hopefully sorting out the engine problem of us losing coolant..
Derwent6 is looking very Christmassy so bring on Saturday night!! 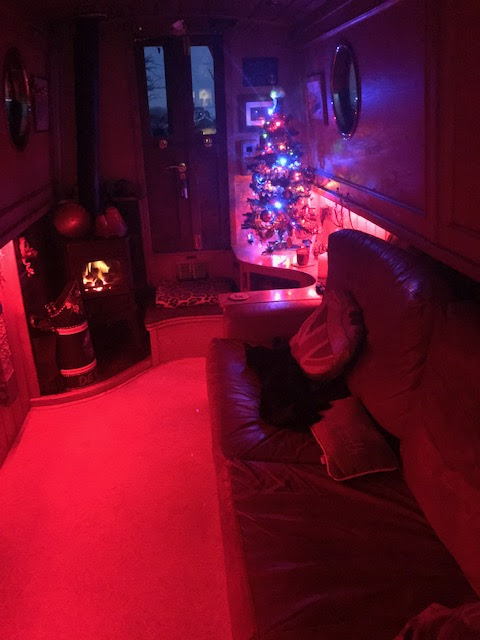