Mmm a bit worse for wear we watched the Strictly final in bed and Al was in a bit of a mess at the end of it with tissues by her side, but Stacey & Kevin were worthy winners..
We surfaced at midday and didn't do too much, in fact where did the day go.. 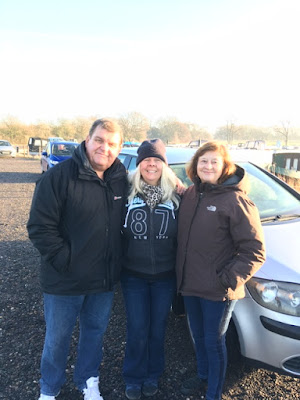 On the Monday we saw Andy and Hilary go with the dogs safely wrapped up in the boot.. 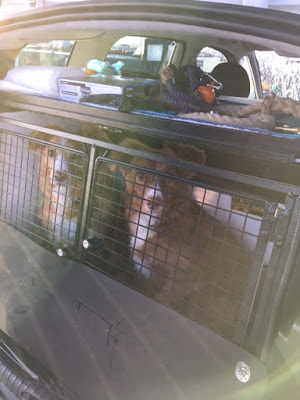 Our Christmas cards then arrived from Kent (Care of Hannah) and it was fun opening them all. A big thank you for all of you that sent them, we will have another delivery next week. 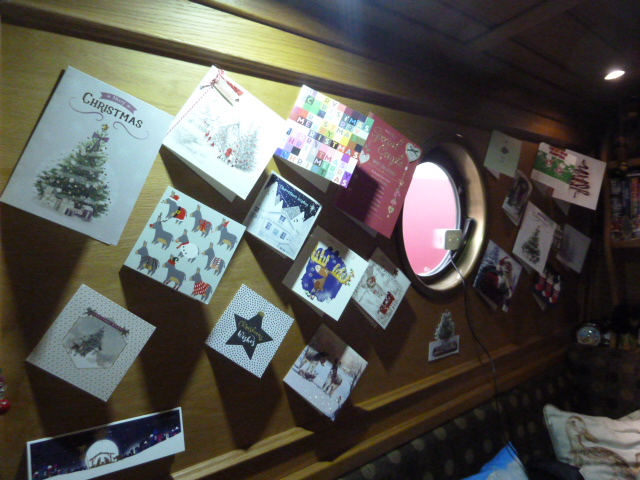 It was then shopping again for us as we had to post a few presents and then Del had an appointment with Julie Hinds, a Soft tissue Therapist, to try and sort out his neck and back problems. She was very good and after an hour of massage Del came out of there aching, but feeling very loose..  He was told it was going to hurt for a couple of days and she was right.. We picked up a few more bits in Sainsbury's on the way back and also stopped for something to eat at the Steam Turbine, where we both had a nice steak.. It was then back to Derwent6, and Del was feeling so achy after his Therapy  he had to go to bed early..
.
Posted by Del and Al at 9:43 AM