After our long stint, we thought it would be good to stay put for a couple of days.. The weather didn't look good as the winds were going to reach 80mph, not good for boats.. It turned out to be a good move with our plans, but the rain we had made things a bit awkward. Del was going to have a go at the engine, but needed light in the hatch to help see what he was doing. Al had planned a trip down to Sevenoaks in Kent to see Sarah, who was also bringing our post and the rest of  Del's Birthday cards. A big thank you to everyone for the cards and pressies! 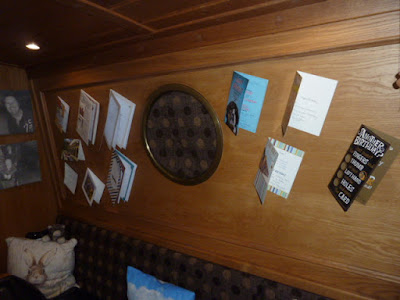 Al walked to Wolverton station and got the 10.30am train and found things were delayed because of the winds.. After a nice taste card meal out and a good catch up she found the delays had extended to the evening. Del couldn't do the engine with all the wind and rain, and decided to rest his arm which is still giving him jip! He met Al at the station at 7.30pm and then we got back to a warm and toasty Derwent6..
The following day was clear skies at last and when we looked at the future forecast we thought we had better move. We left at 8.30am and went through Cosgrove lock with no problems.. 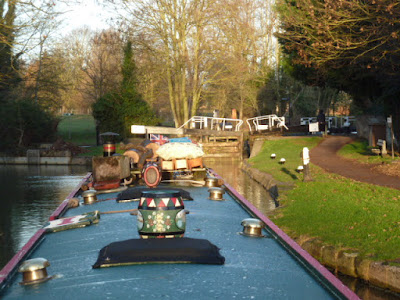 From here it was a clear run through the countryside till we got to Yardley Gobion. 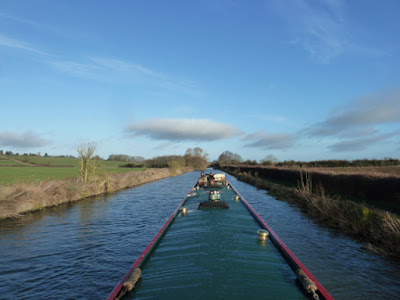 We were going past some moored boats and a horrid thumping noise came from the prop..  Al held Derwent6 under the bridge there and Del went down the weed hatch.. He pulled out one of those rubber fenders attached to a rope, but at least that's all it was 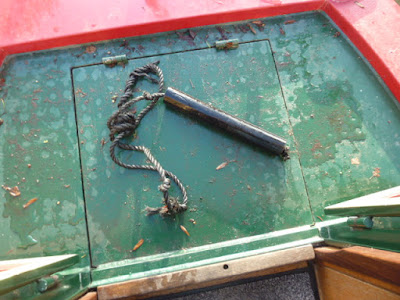 We then got to Stoke Bruerne via its twists and turns to get there. 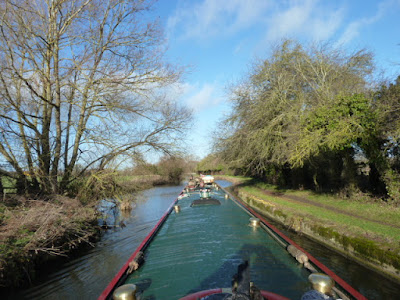 We had to get water and thought we would do a manual pump out as well. This was a bit annoying as we had a boat which had caught us up and he went up the flight in front of us.. It was a bit daft as he was a single handed and it would have been so much quicker with both of us, but we had the time and he didn't.. 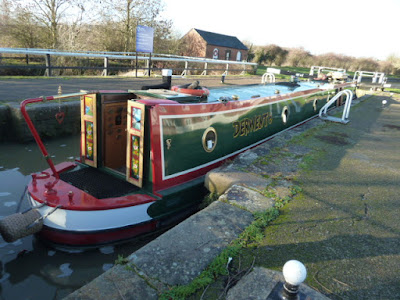 This meant that after we were done all the locks were against us, but it was a nice day and we caught him up at the top, we could have saved so much water.. 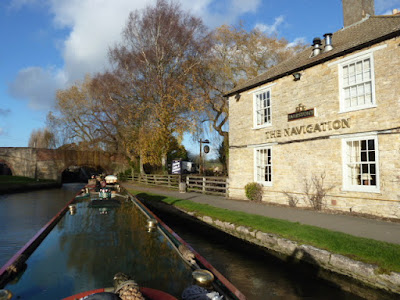 We picked up a bit of wood at the last locks and then headed towards the tunnel.. 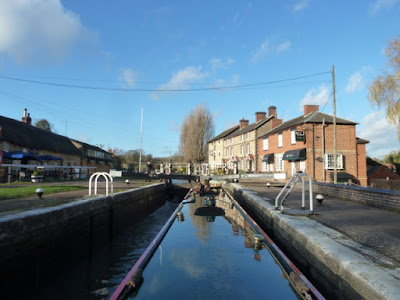 We had only met this one boat all day and wasn't surprised to see the tunnel empty with just the single hander in front of us. 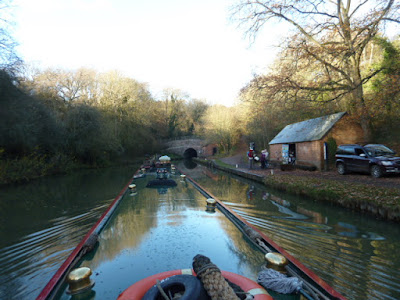 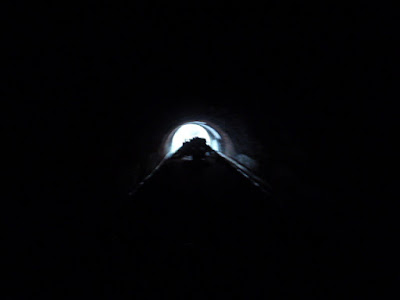 Time was getting on and the sun was beginning to set and it gets dark at 4.30pm so it was a mission to see how far we could go. 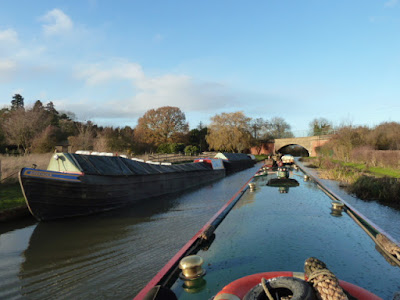 Our plan was to get to Bugbrooke, and it was getting colder by the minute, as we got to the Northampton Arm. 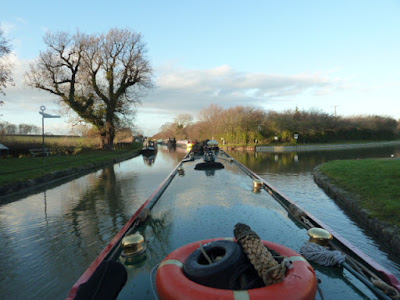 We did pass these two CaRT guys putting the signs on the mooring posts Yes! you did read right, two guys. One to hold the sign, and one to put the screw in.. They were fitting the new logo signs, the ones that they were only replacing when they needed to.. and also an electric over head cable sign. 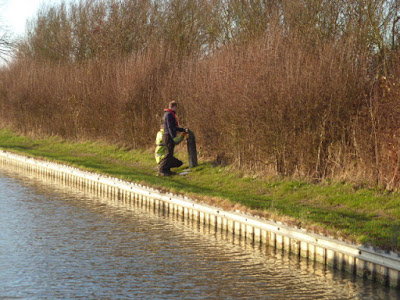 Anyway we managed to find a spot on one of our favourite moorings just before dark.. 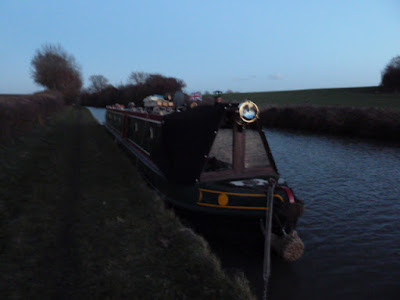 We were very cold at this point, but Al had been inside and fired up the log burner..
Ahhh it was lovely just to sit and warm up again smelling the cottage pie Al had also made going along.. Blisss!!!
Posted by Del and Al at 1:38 PM

Yes, a bit concerning when you hear thumping from underneath the boat.
We had one of those half way down the Napton flight, so anoying!
Hope the pain/ swelling in Del's arm soon eases off.
Stay cosy and warm, cottage pie tastes sooo good in the winter months.
A&K xx