So we have done nothing for the last couple of days due to the world cup and Wimbledon.. It has also been tough in the heat but we're not complaining..
We have been very low on diesel and decided to stay put till Wednesday because the marina opposite us was closed on Tuesday, which was handy with England playing Tuesday night.. It turned out to be a great win for us all and we are so pleased to see England in the last eight..
So today we had to move and got ready to go at 8.30am so we could get on the diesel pump. They also had a water tap here so it was a double whammy.. 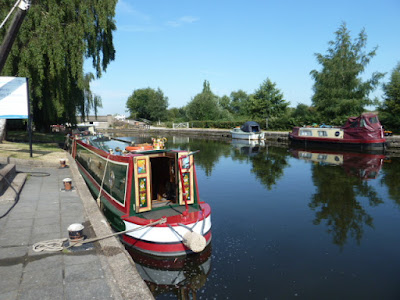 Sawley marina did us a good price so it didn't turn out too bad but we still took 240 litres.
From here we were on our way again and with the flood gates open due to the lack of water recently, we did our last bit of the Trent to get to Derwent Mouth Lock. 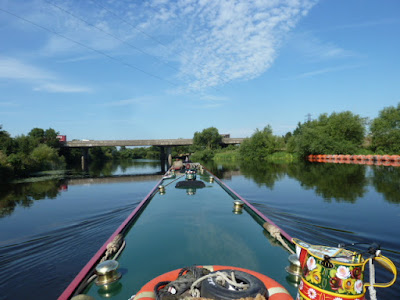 Some narrowboaters don't do it slowly. 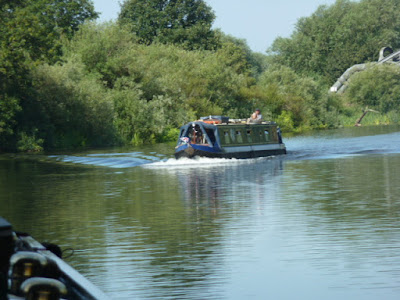 We soon saw the mouth of the Trent and Mersey at the start of its 90 miles to Preston Brook. 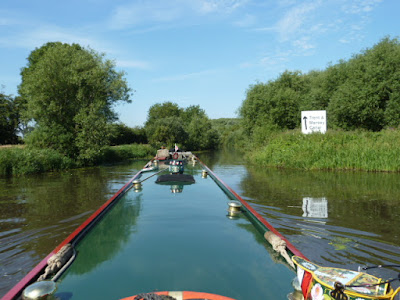 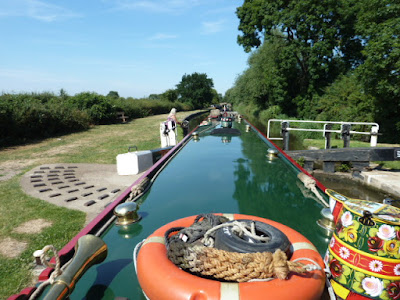 This took us into Shardlow and we tiptoed through here. It seemed so calming after being on the river.. 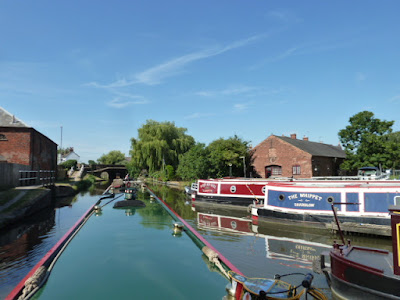 We joined the queue at Shardlow lock and met up with a couple going up. The guy had had two knee replacements as well, so Del and him chatted knees in the lock, and they both agreed it was the right thing to be doing, taking it easy on them..
We followed them through the next two locks at Aston and Weston, and it made light work of these tough doubles.We were overlooking the field of wheat turning to a golden colour in the lovely warm weather. 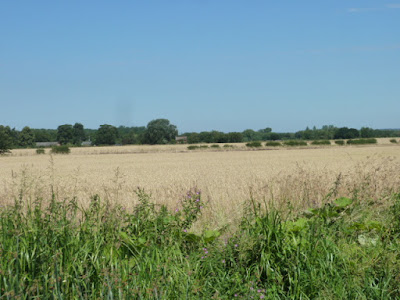 At Swarkestone lock we said our goodbyes. 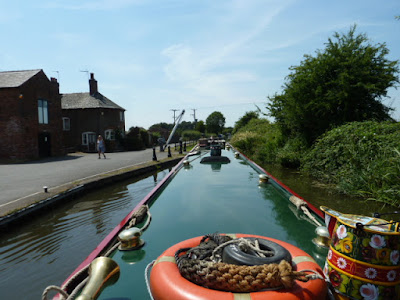 The heat was intense again, and we were pleased to be on the water.. It just gave you a cool breeze even though there wasn't any breeze. 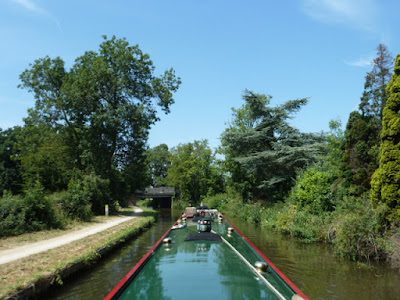 We pushed on to the deep Stenson Lock which had lock volunteers on. This lock was leaking bad and took an age to fill but we got out in the end.. 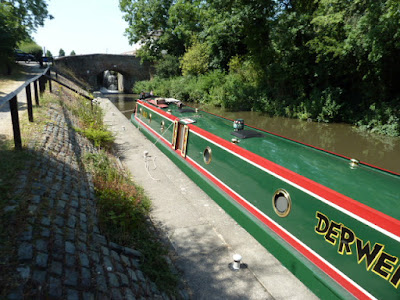 We then looked for a spot to moor up at Willington and managed to get in on a mooring with some woods for Tooty to play in and keep cool for tonight.. 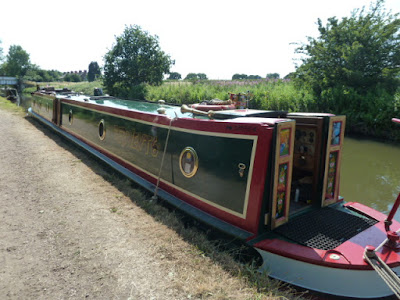 We then had a quick cold shower and walked down into Willington where we sat in the pub garden and had a bite to eat with a ice cold beer.. The problem was we had a few too many ice cold beers and they went straight to our heads before our walk back.. We were giggling and laughing as we took a long slow walk back to Derwent6. It was boiling on Derwent6 and Tooty was out like a shot into the cool wooded area.. We had to sweat it out till the sun went down.. Loving this hot weather!
Posted by Del and Al at 11:56 AM