It was Saturday, and we don't normally move on Saturday's but again the weather was so nice and the Trent is so tame. We pulled the pins and got to the flood lock at Beeston. Its a tricky mooring here but its not normally very deep. 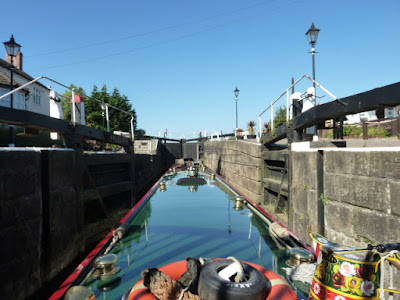 We passed through and entered the wide flowing Trent again.. 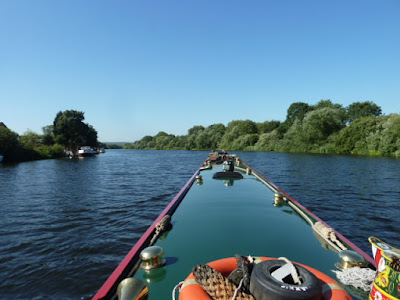 We had a lovely tail breeze which kept us cool as we ate crumpets for breakfast on the go. No charts are required on this section just follow the big arrows to avoid obstructions. 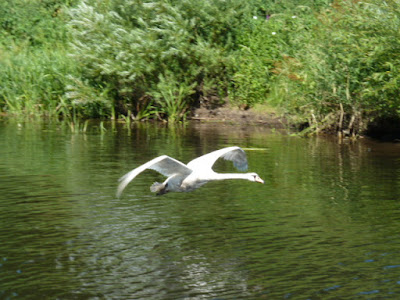 After an hour we came to Cranfleet lock and there were four volunteers working it for us.. We got the green flag to enter and they roped us in. 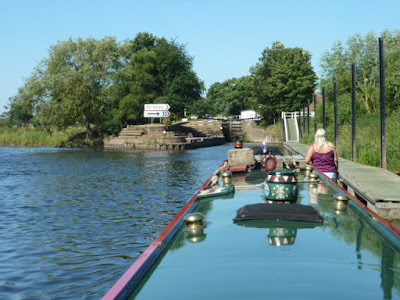 As you exit you go into Cranfleet cut which is a big crossroads of canals. 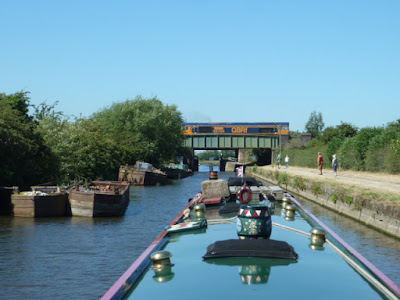 The Erewash on our right and the River Soar on our left. 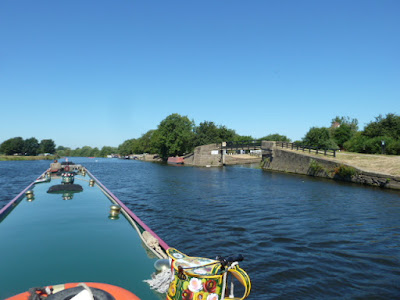 We had planned to do the Erewash and might regret not doing it, but the weather has made the river shallow so I expect the Erewash would be tricky with Derwent6 draft of 2' 6". We then got to the Sawley cut lock and here there are two locks. We had a little rubber dingy in with us and we then found a spot to moor up in.. 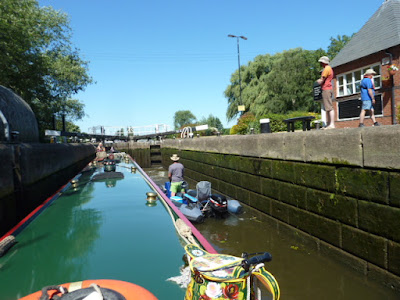 Its very pleasant along here and the wall is not too high. It was very hot again, lovely! 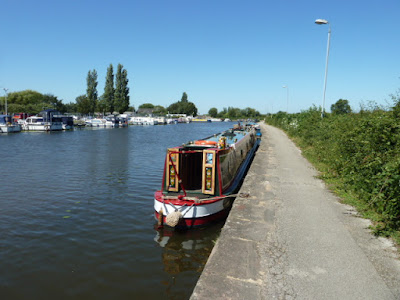 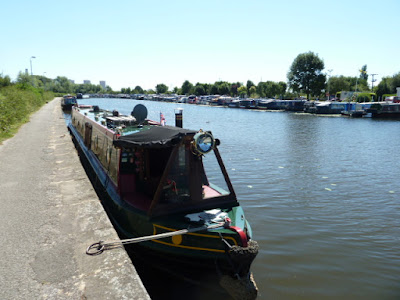 So we sat out in the cratch with Tooty till the football was on in the afternoon and watched the Argies go out of the competition.. 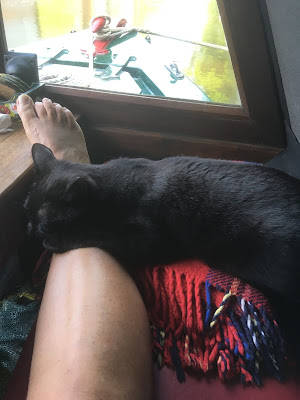 We then walked up to the lockkeepers retreat for a couple of pints of their Sloe gin cider in the sunshine. This micro pub is owned by ex lock keeper Dave who brought it when he retired. 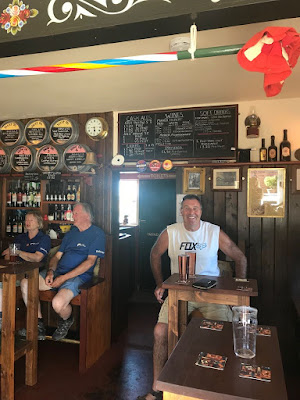 It is only open from 4.00pm and only on certain days. He has some great beers which he selects himself or gets what the customers want.. 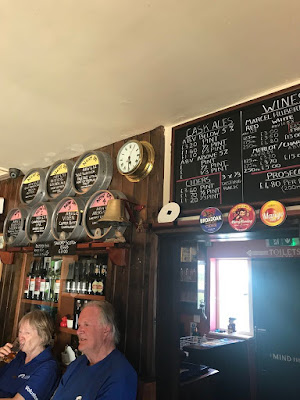 We just made it back for the Portugal game and watched them go out as well, come on England!
We sat in the cool air watching the moon rise till bedtime. 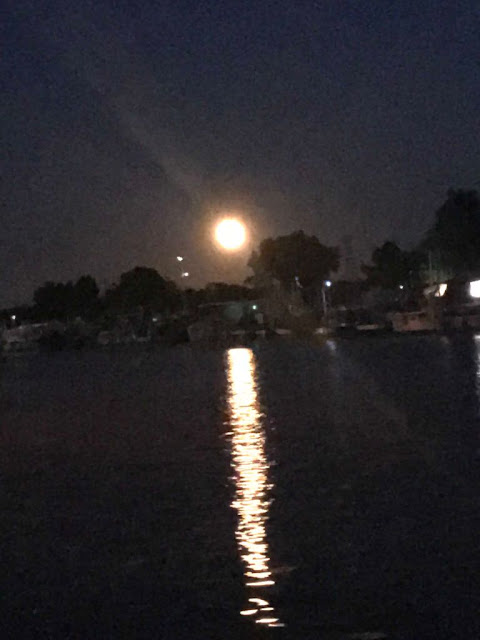