We groaned with another early start again, but we knew we needed to get on with it.. Tooty can't get used to us always on the move, and after being suck inside in Birmingham for a week, is finding it difficult, so we needed a spot where we could be for a few days.
Today was also going to be a busy day with 21 locks again on the agenda. 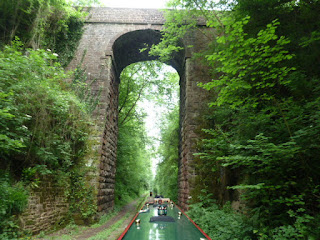 We had to take the Woodseaves Cutting which is very narrow and you have to pick your places to pass, but first you go under the High bridges which seems to be in all the Shroppie photos.. 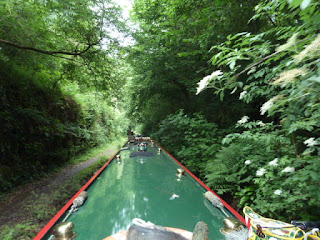 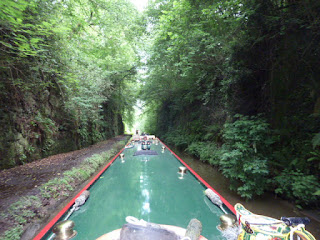 We soon hit Tyrley Locks which are five very tricky pretty locks, the top lock being exceptional with the lock keepers house and gardens. 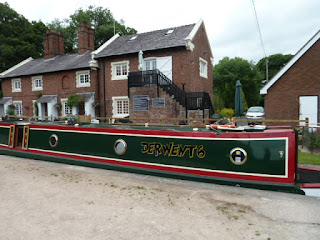 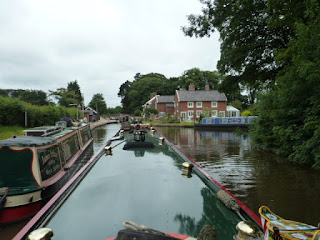 As you go down through the woods it goes into a rock face cutting. 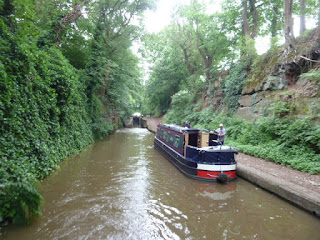 We then got to Market Drayton but didn't feel the need to stop here this time as last time it felt a little run down, and it is a half a mile walk into town from the canal. 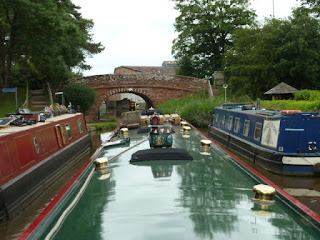 We then made it to Adderley Locks, which are also pretty locks and a little more spread out, but easy locks all the same.
After a mile we got to Audlem Locks, all 15 of them.. At the top is a small farm shop and it sells local burgers, sausages, pasties, pork pies and loads of other home made stuff. 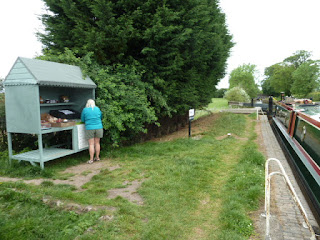 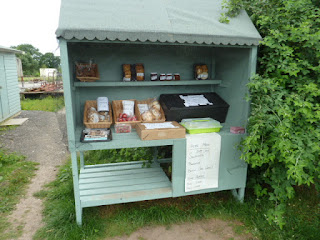 It just has a honesty box for payment, it just shows you can trust a boater! Rude not to have a scone on route. 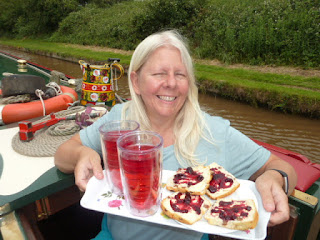 After 11 locks we had had enough for the day and found a good mooring not far from town... 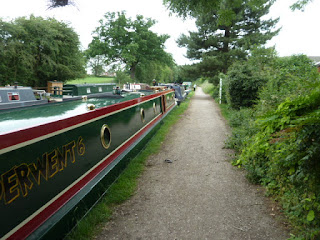 It was a quick shave and shower before we headed out to try the pubs and suss things out, and Tooty did the same.. We visited all three pubs and to be fair, they were all good, with a good selection of ales.. We thought it was a drink well deserved after another long day, but our livers didn't, and Tooty was nowhere to be seen..
Posted by Del and Al at 3:31 PM