Lapworth in the rain

We decided to get up at 7.30am as the weather forecast said it was going to rain at 1.00pm, this would give us enough time to get through Lapworth Locks, all 21 of them, and still have time to find a mooring at the top.. WRONG!
When we got up it had already started to rain, albeit showers, but we decided to set off anyway. We took the left turn at Kingswood junction and then the right turn onto the Stratford Canal and headed north and hit the Lapworth flight of single locks, all 21 of them.. 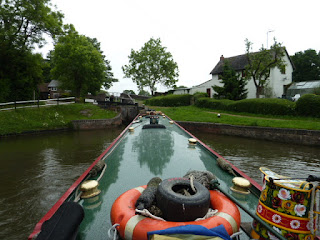 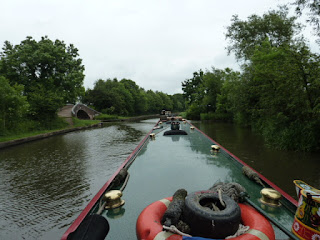 These are very pretty locks, but not as much fun in the rain, and extra care needs to be taken, even with the extra helpers. 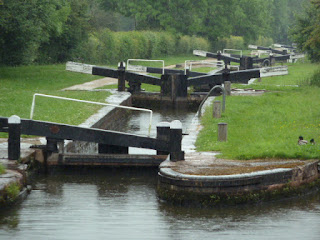 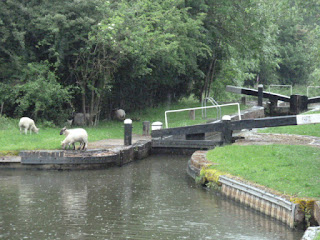 The wind wasn't helping either, in between pounds, but we just took our time and made steady progress to the top of the flight.. 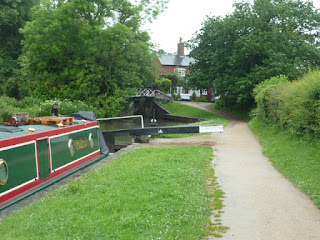 It seemed very shallow so it was slow going with two draw bridges to deal with.. 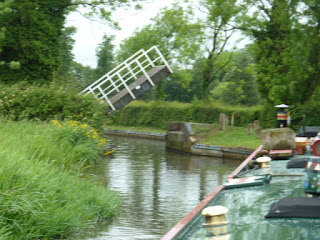 We stopped at Hockley Heath and sort of managed to get in. 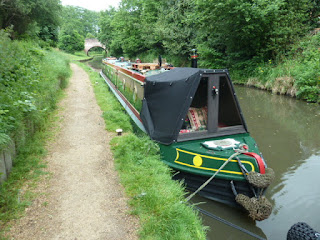 Early evening the boys went and had a couple of pints in the Wharf Tavern, while the girls made a lovely dinner on the boats. 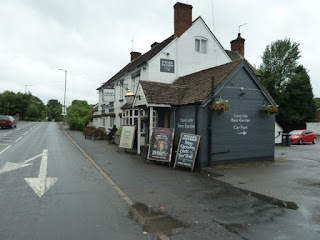