We set off early again and the sun was trying to come out through the mist at Wadenhoe. 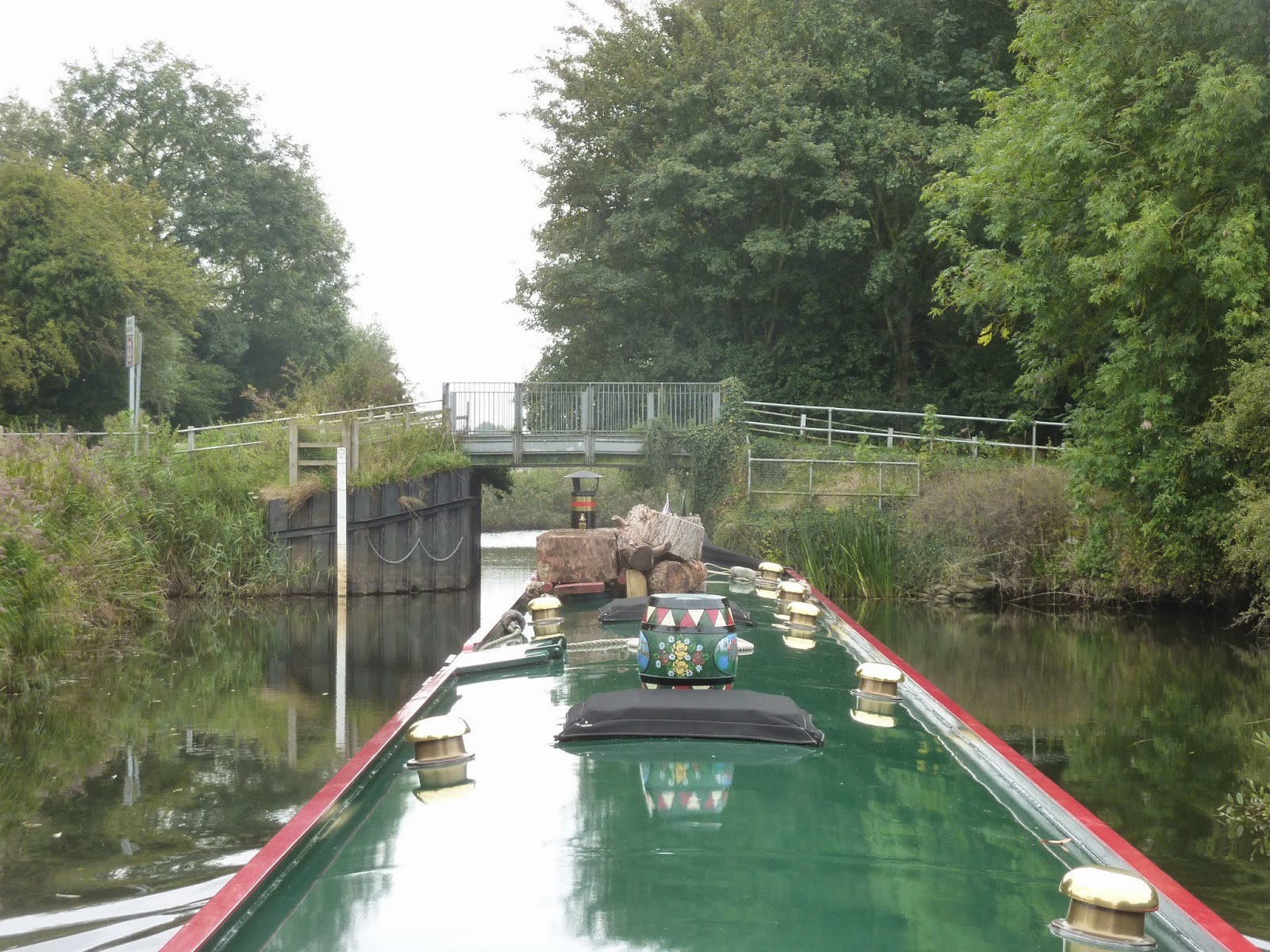 It was a three mile twisty turn trip to the first lock at Titchmarch and we had no problems going up. 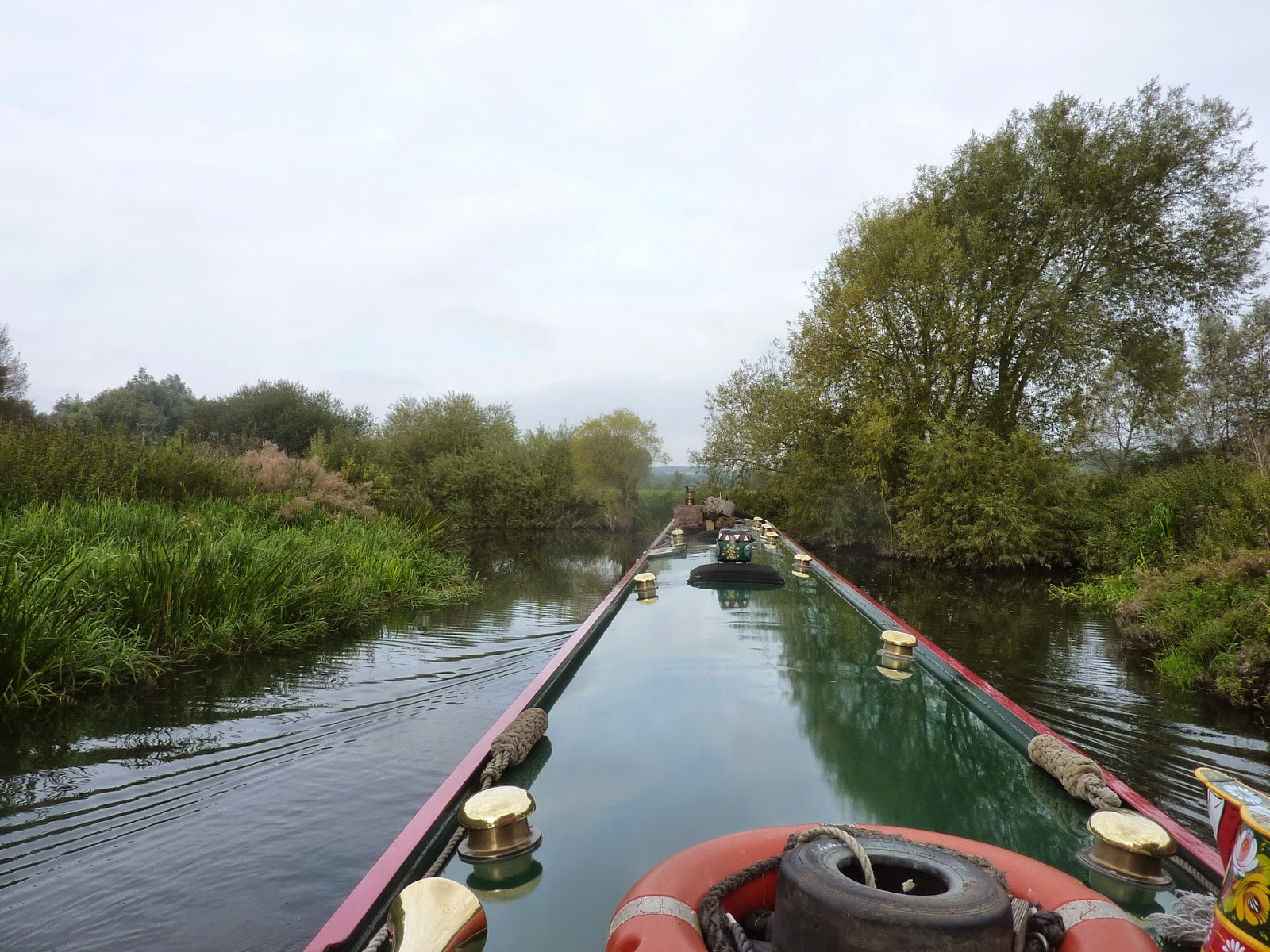 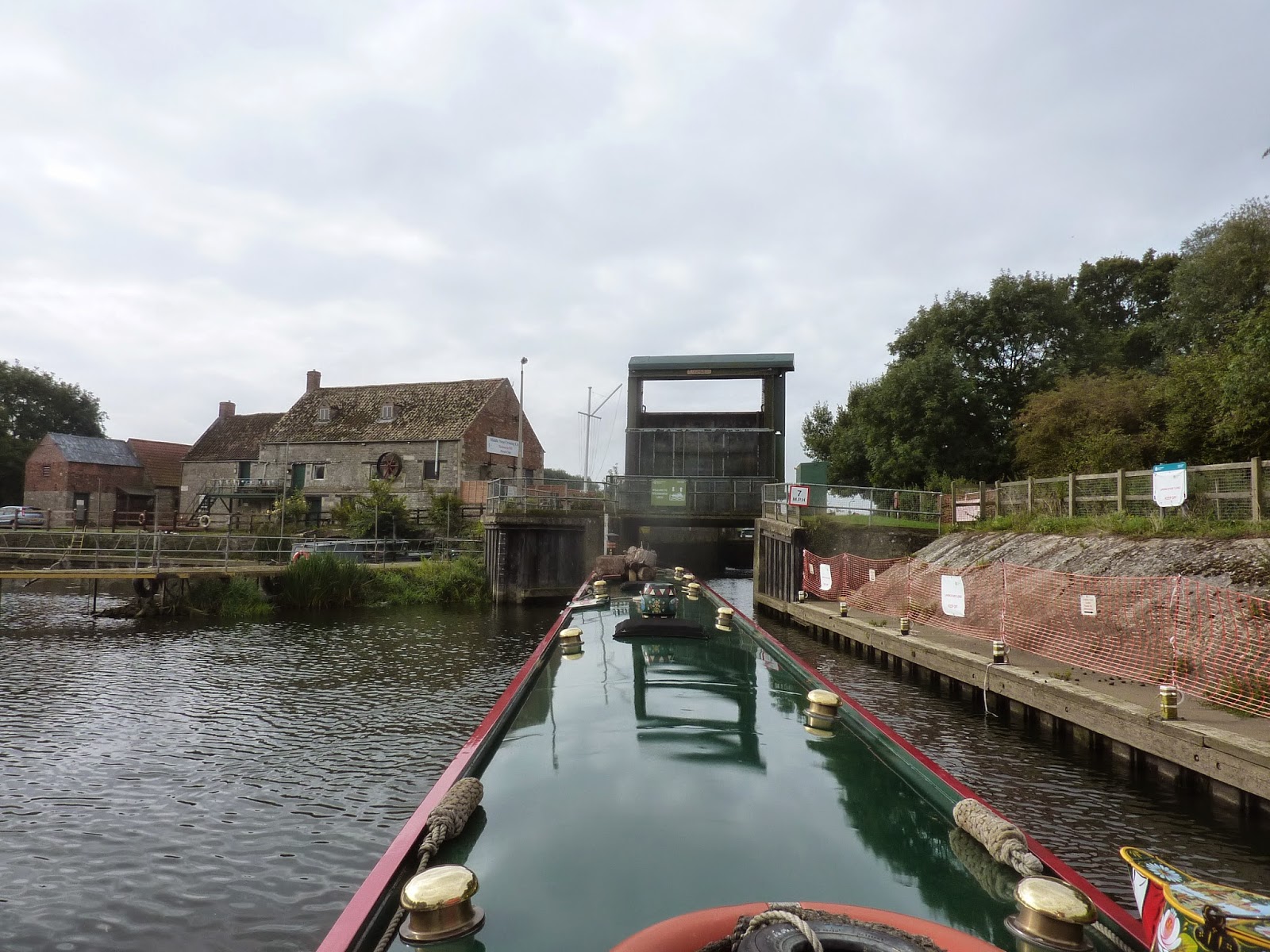 We met a nice couple waiting to go down and they told us that the moorings in Thrapston were empty. 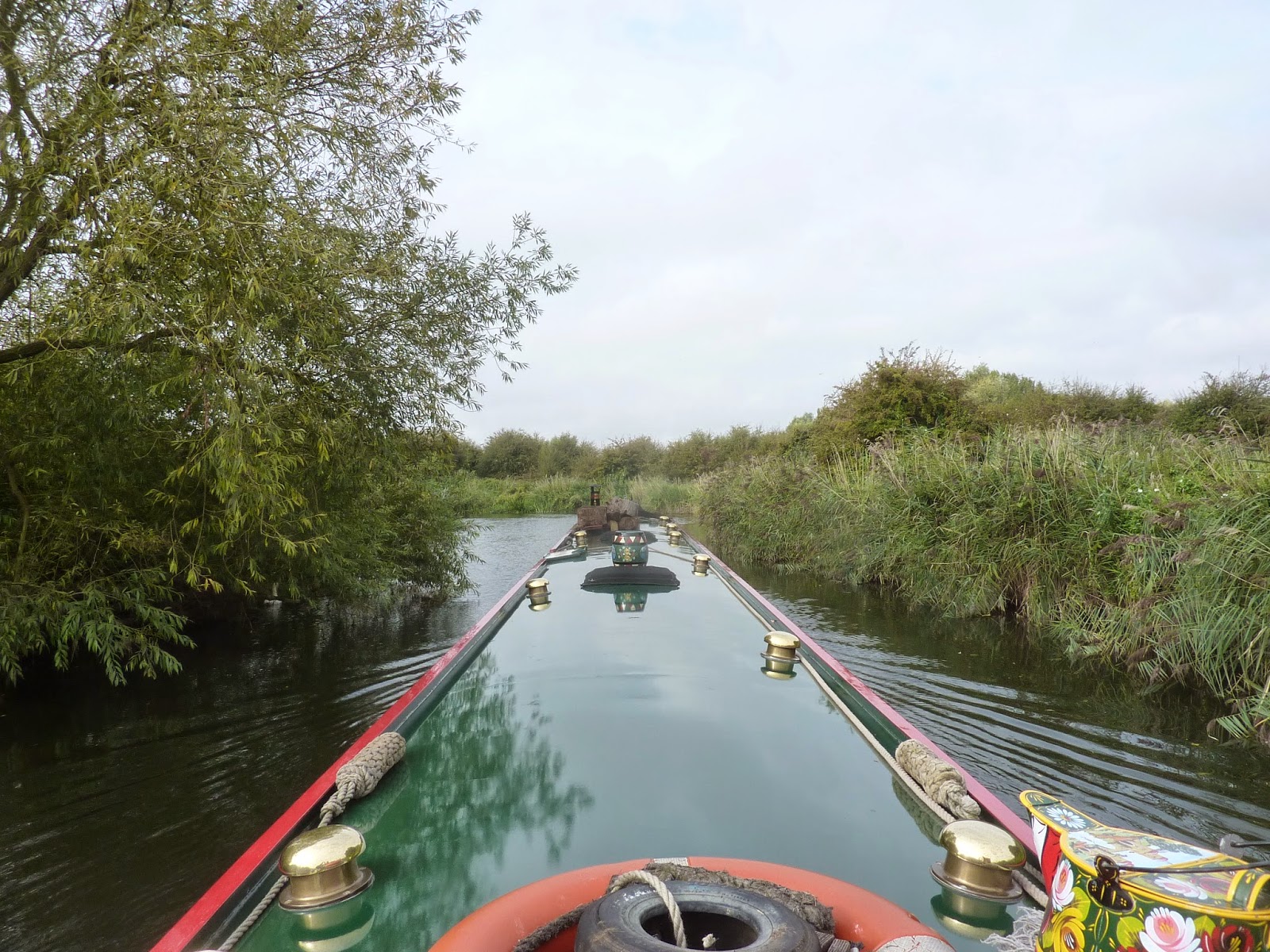 We were hoping to stop here, as they were full when we came through on the way down. When we arrived on the sailing club moorings they were indeed empty. 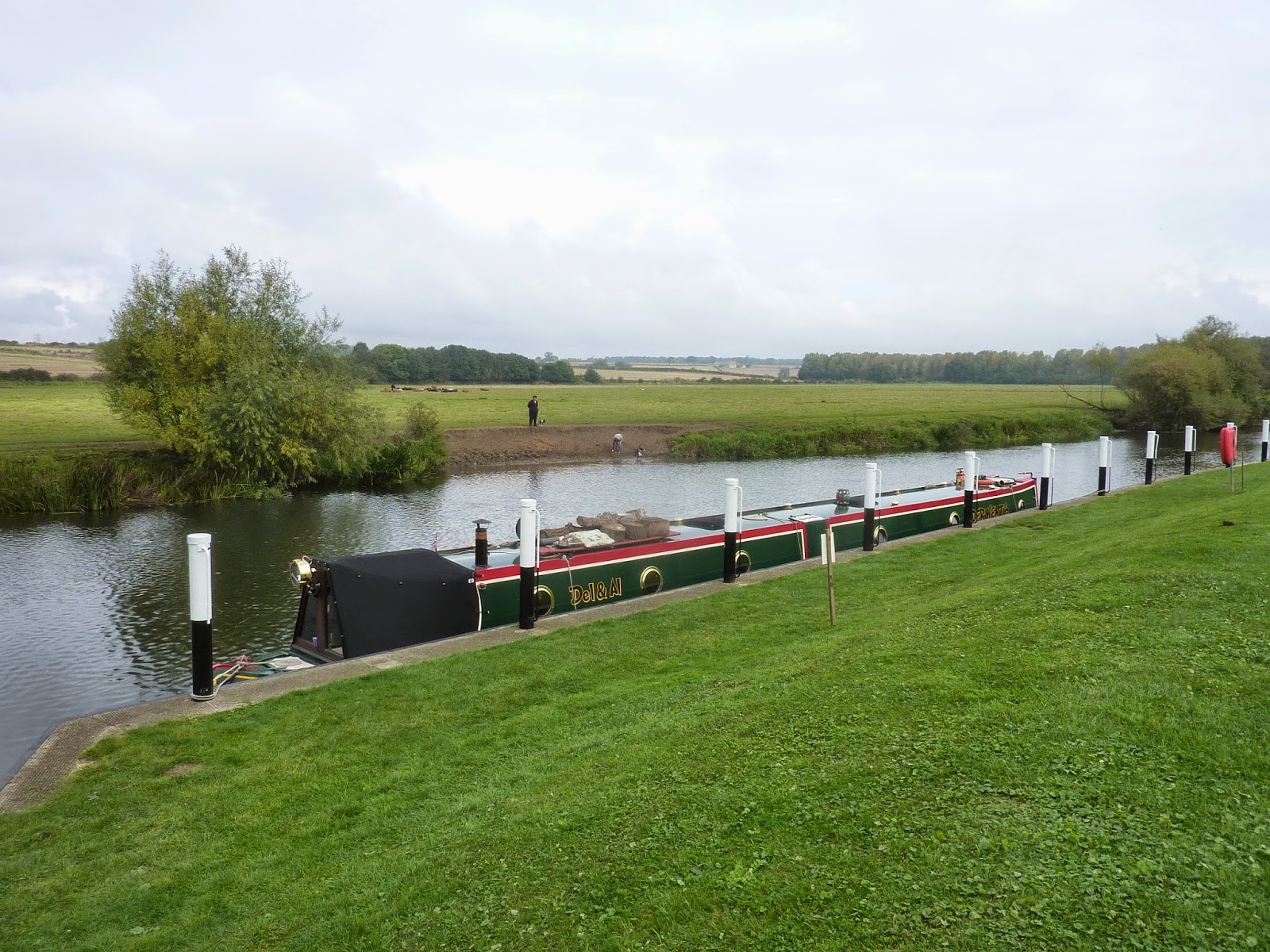 We had a problem getting a tv signal, but the post they supply helped us get a good one in the end.. 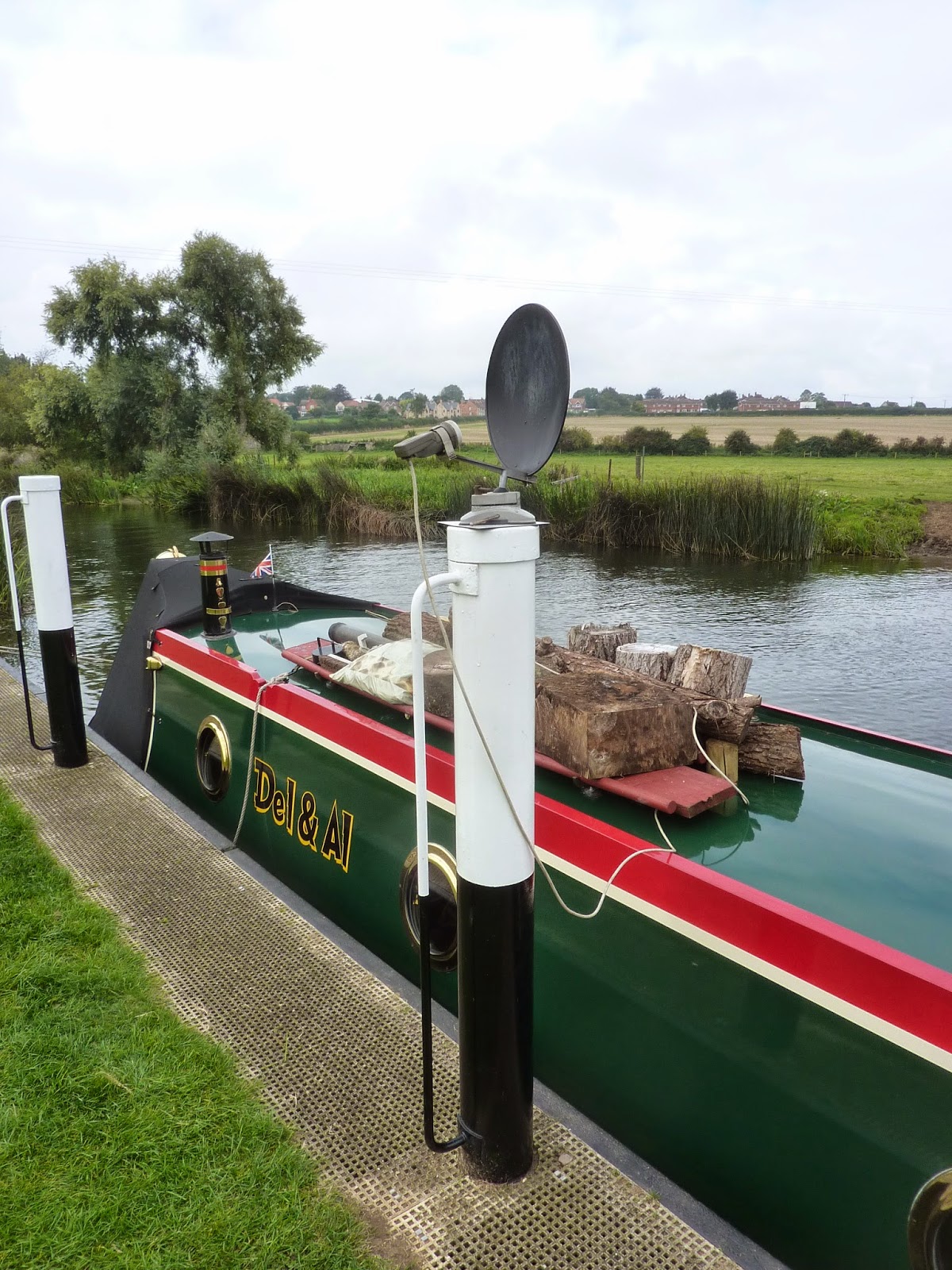 We had a cup of tea and then went for a walk round Thrapston town. Its a nice walk from here, past the sailing lake. 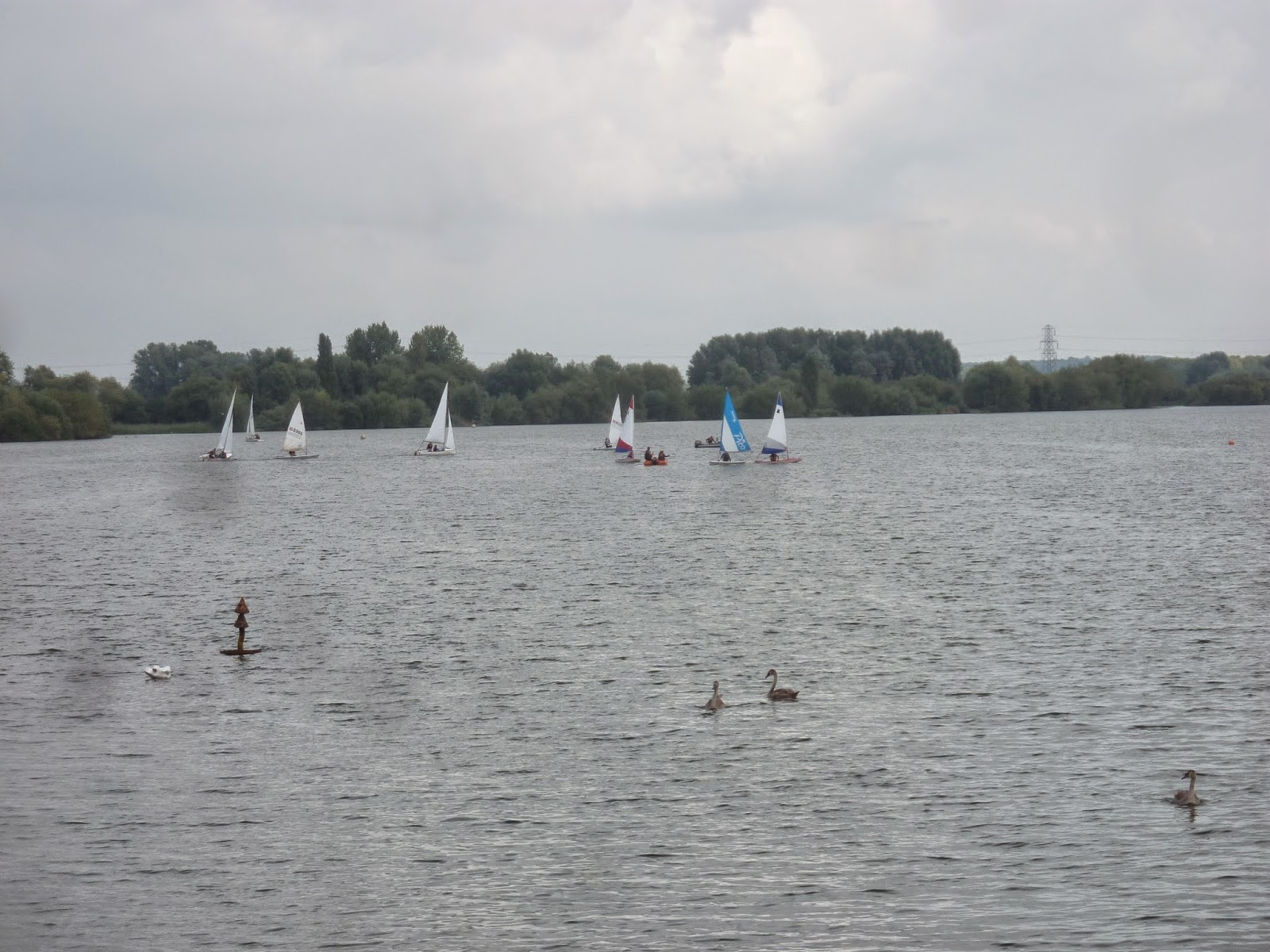 Our objective was to find a pub with BT Sports so Del could watch the football, Arsenal were playing Man City.
We went to The Kings Arms and they had a big screen in the corner, we ended up ordering some food and watched the game. Afterwards we went for a walk round the town and looked at the difficult moorings by the bridge. 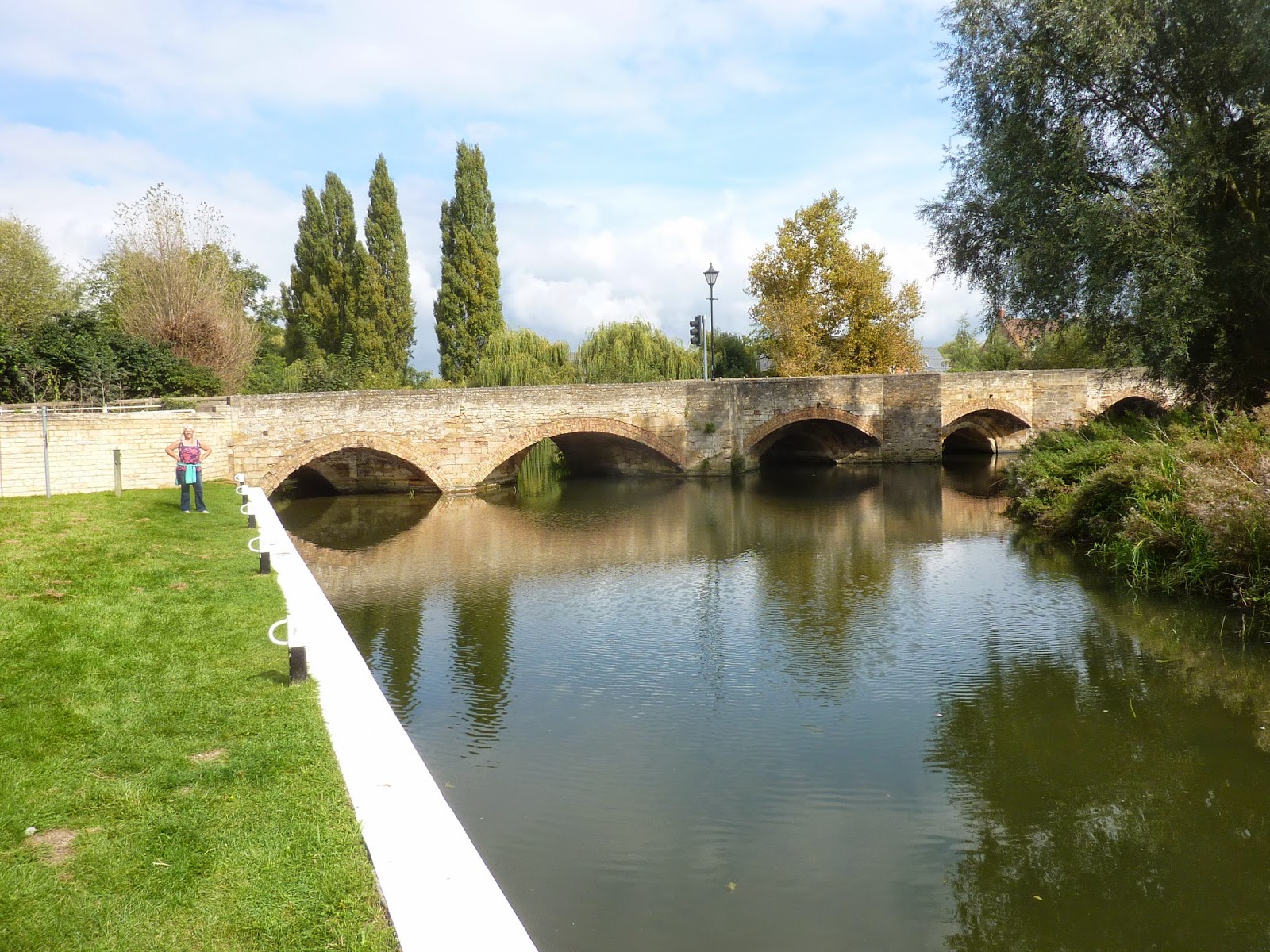 We ended up in the Co-Op and picked up a few bits and pieces. We also found a great Ironmongers which sells everything and they were such nice people, very helpful..... Del wanted to buy the shop. 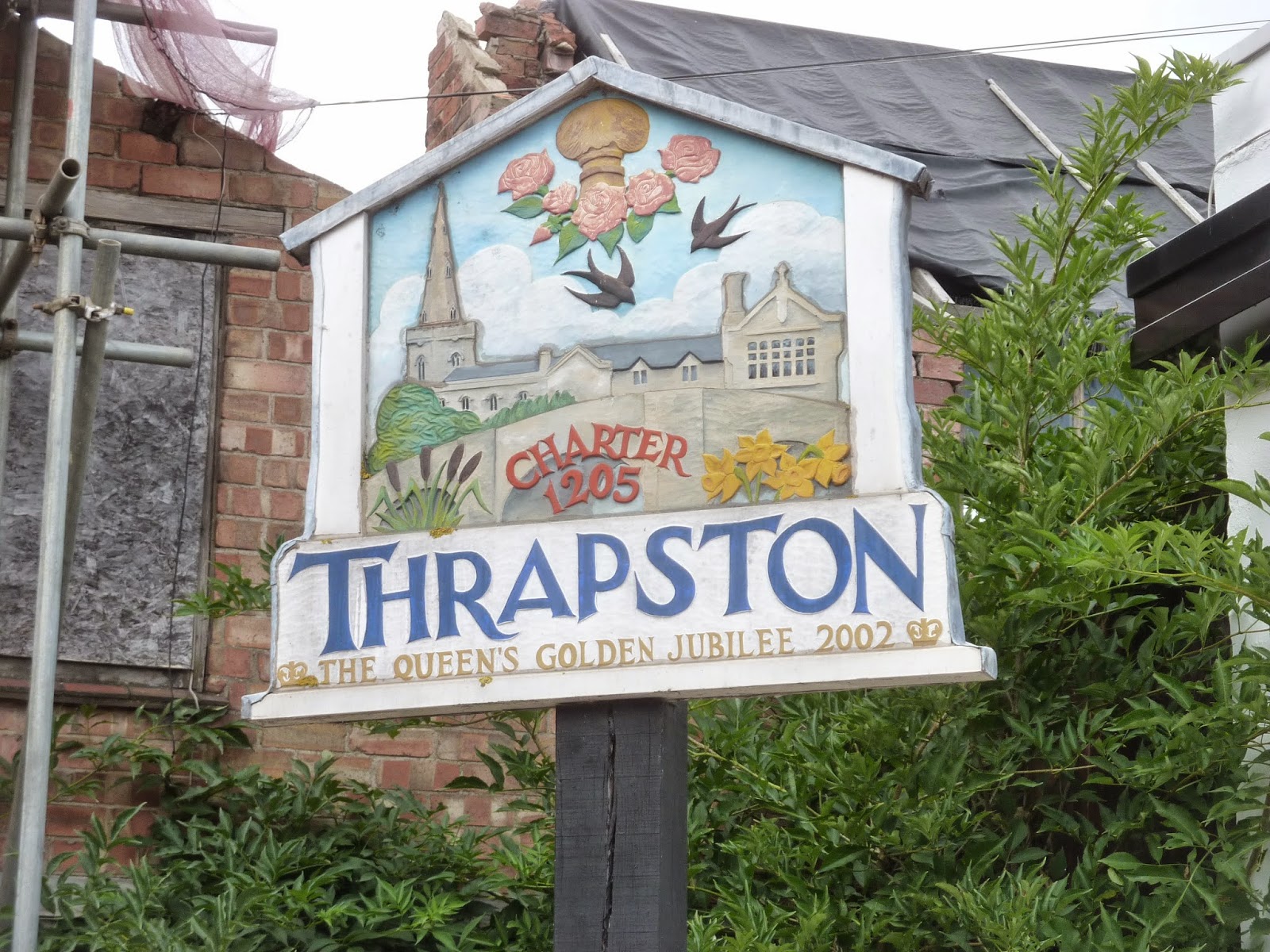 We walked back to Derwent6 and Del carried on with his painting while Al read her book.....
Posted by Del and Al at 3:43 PM