We left Ashton at 9.15am and headed off towards Oundle. Al put some washing on and we cruised up to Lower Barnwell Lock. 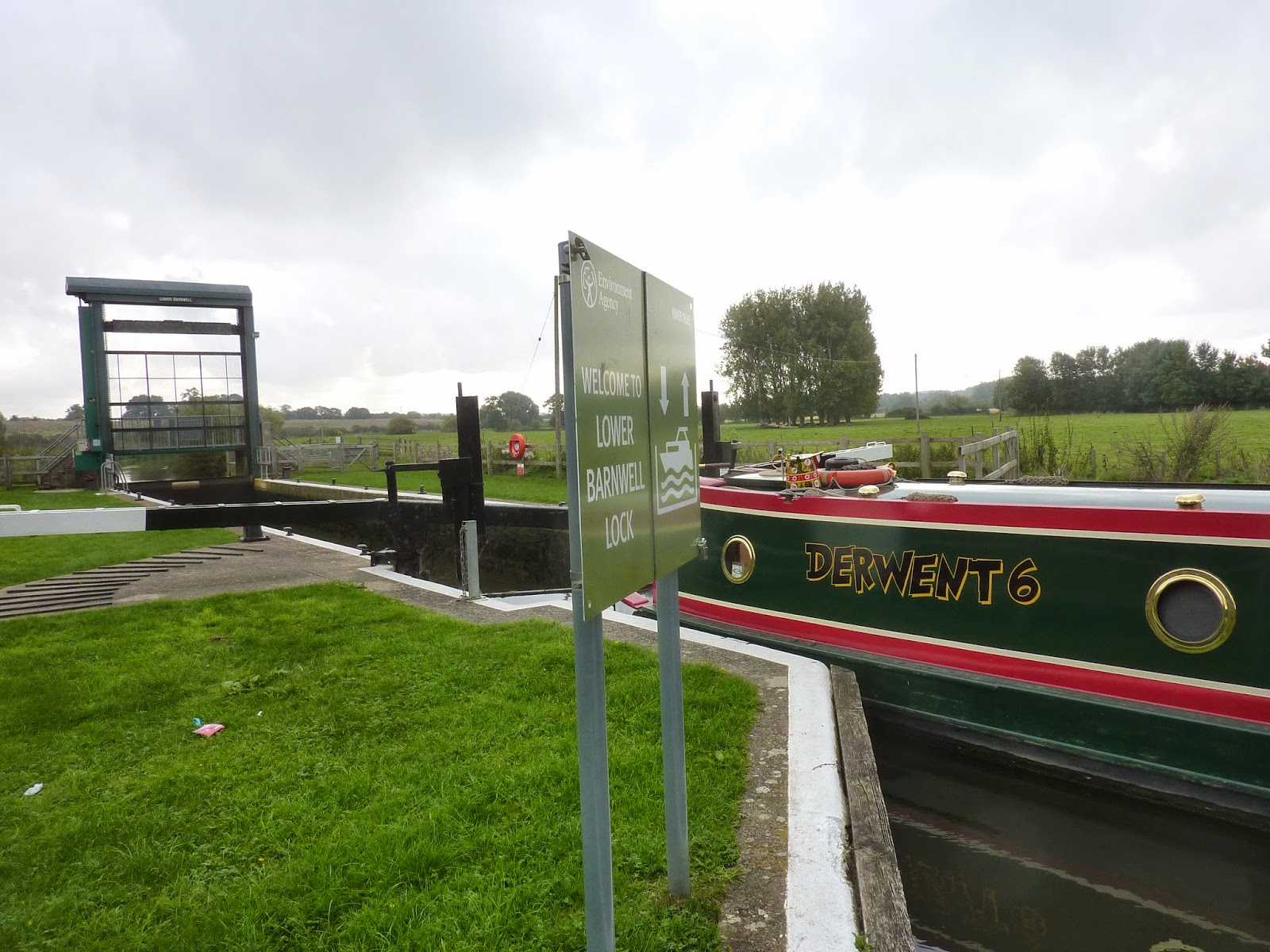 We soon passed Oundle Cruising club and went for the low bridge here. The water levels had dropped a lot since we last went under as we had to take the chimney off on the way down.. 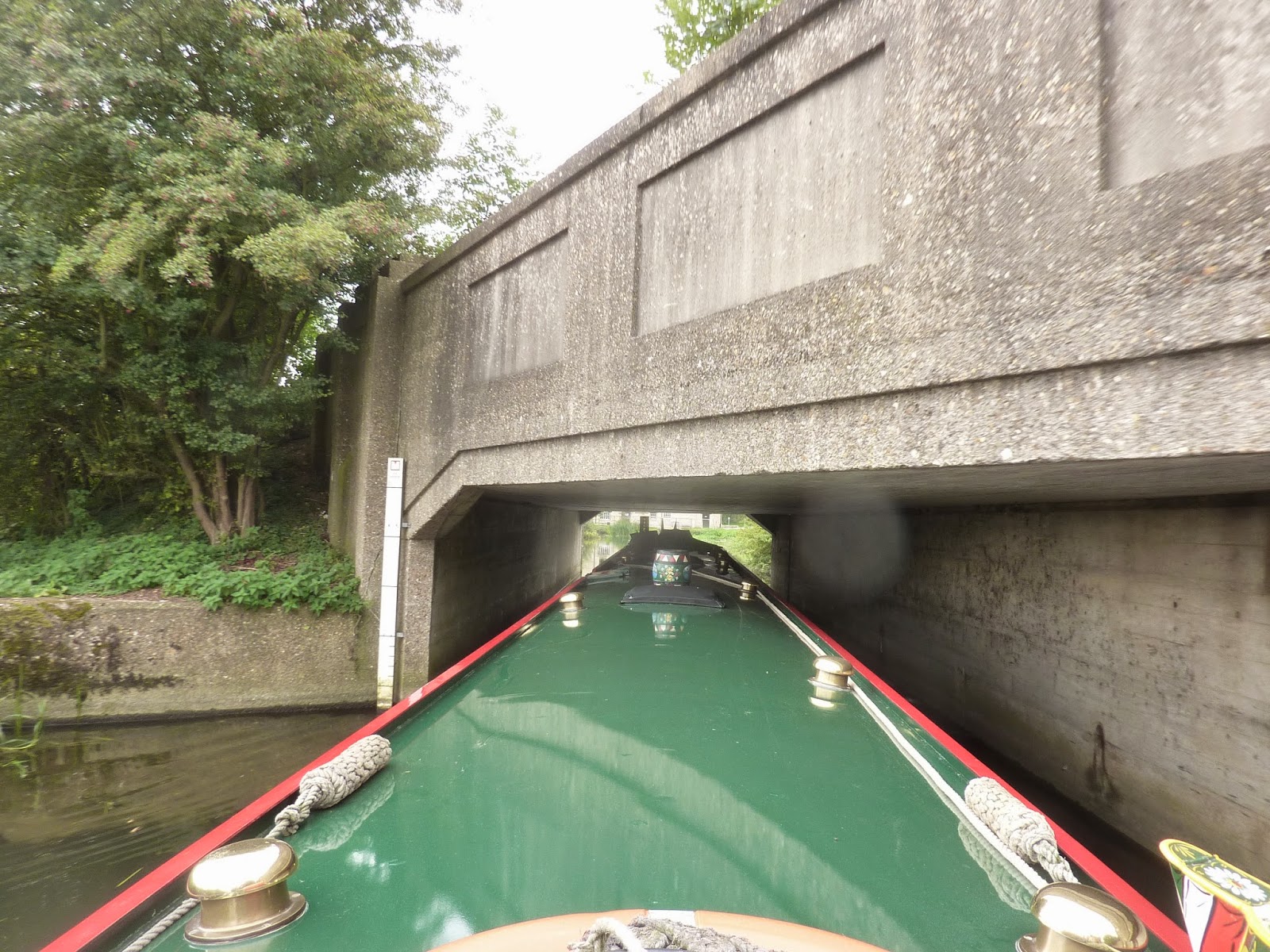 There are two very low bridges on the Nene which stop you getting back on the canal system if the water rises. The other we will be trying tomorrow.
We went through the upper lock and were surprised to see a notice that this lovely restaurant had closed down, why we don't know! 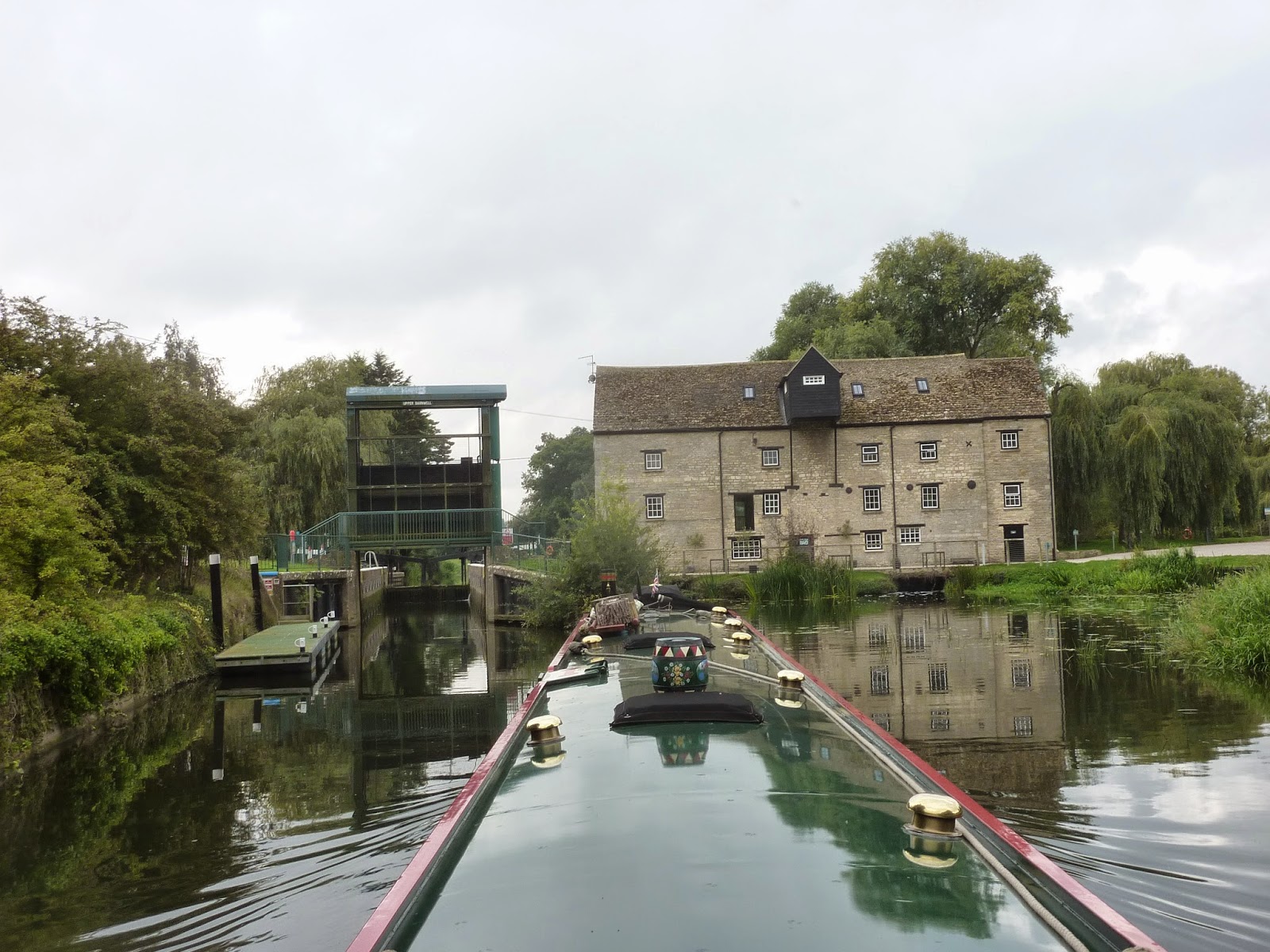 We were getting low on diesel and the services on here aren't the best, so we were pleased to see coal boat n.b Bletchley to top the tank up. 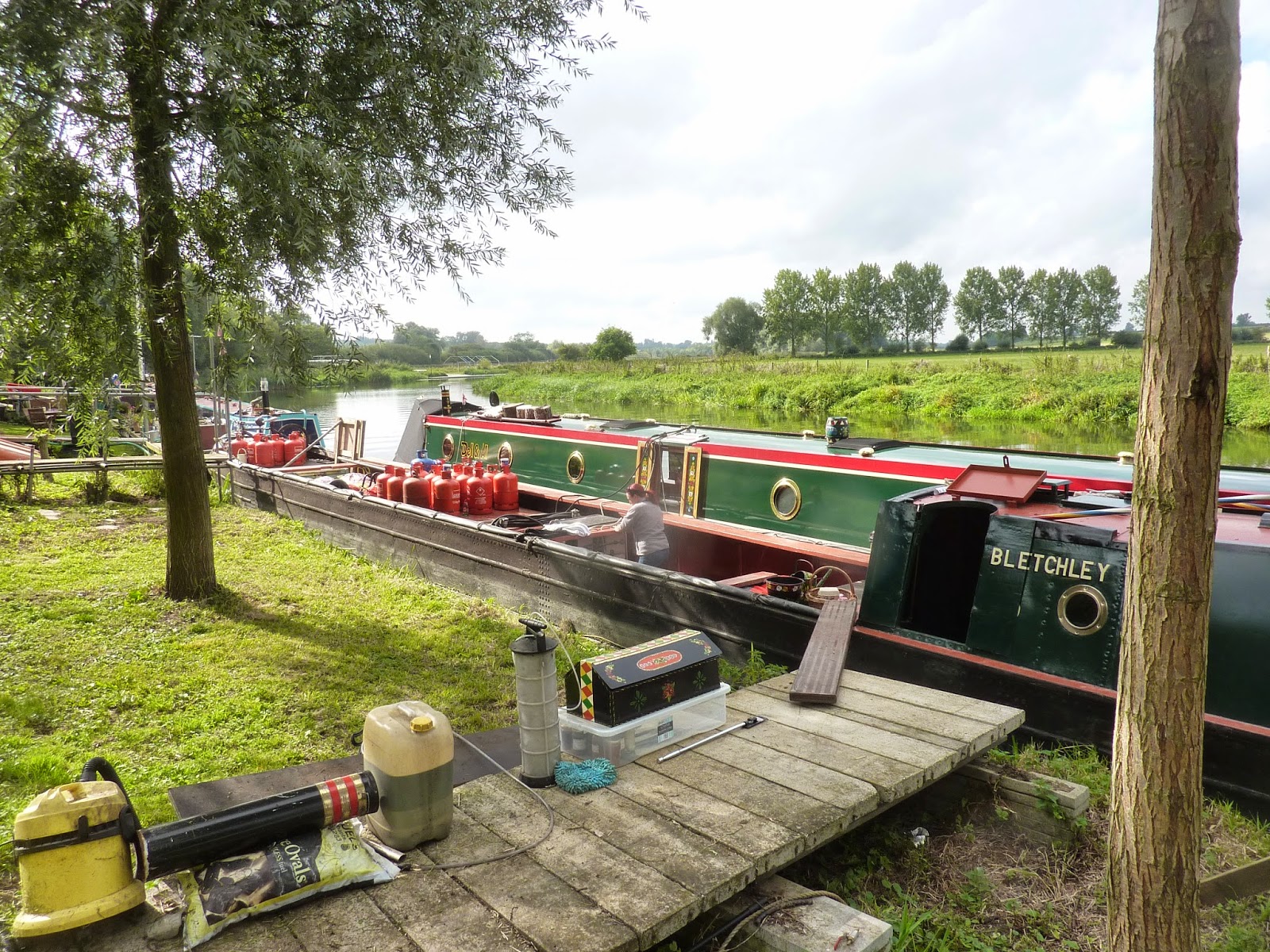 We then got to Lifford bridge where a obstruction under the water made us keep well to the right, it turned out to be the wall of the bridge that had fallen in. There was so much concentration we couldn't take a photo, as we guided Derwent6 into the lock close by.
We then got to Wadenhoe Lock where the water always seem to flow fast over the gate. As you shut the guillotine the lock fills itself, easy! 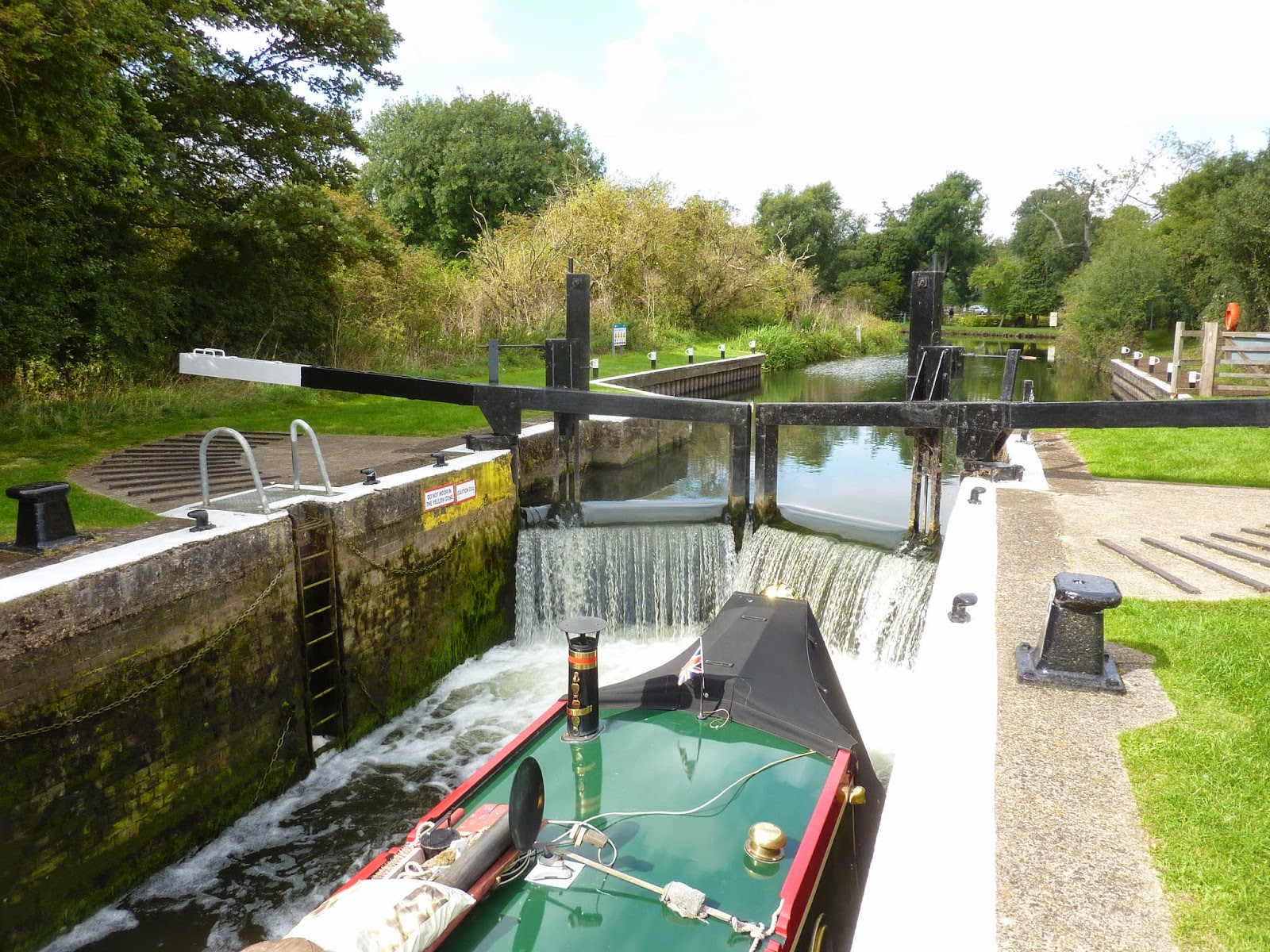 We then pulled outside the pub and filled with water, its a good fast tap here, very handy as Derwent6 has a big tank. While filling Del had a quick look to see if one of our favourite moorings was free. Oh yes! we just can't pass a great mooring, so we moved along to it and pinned in. 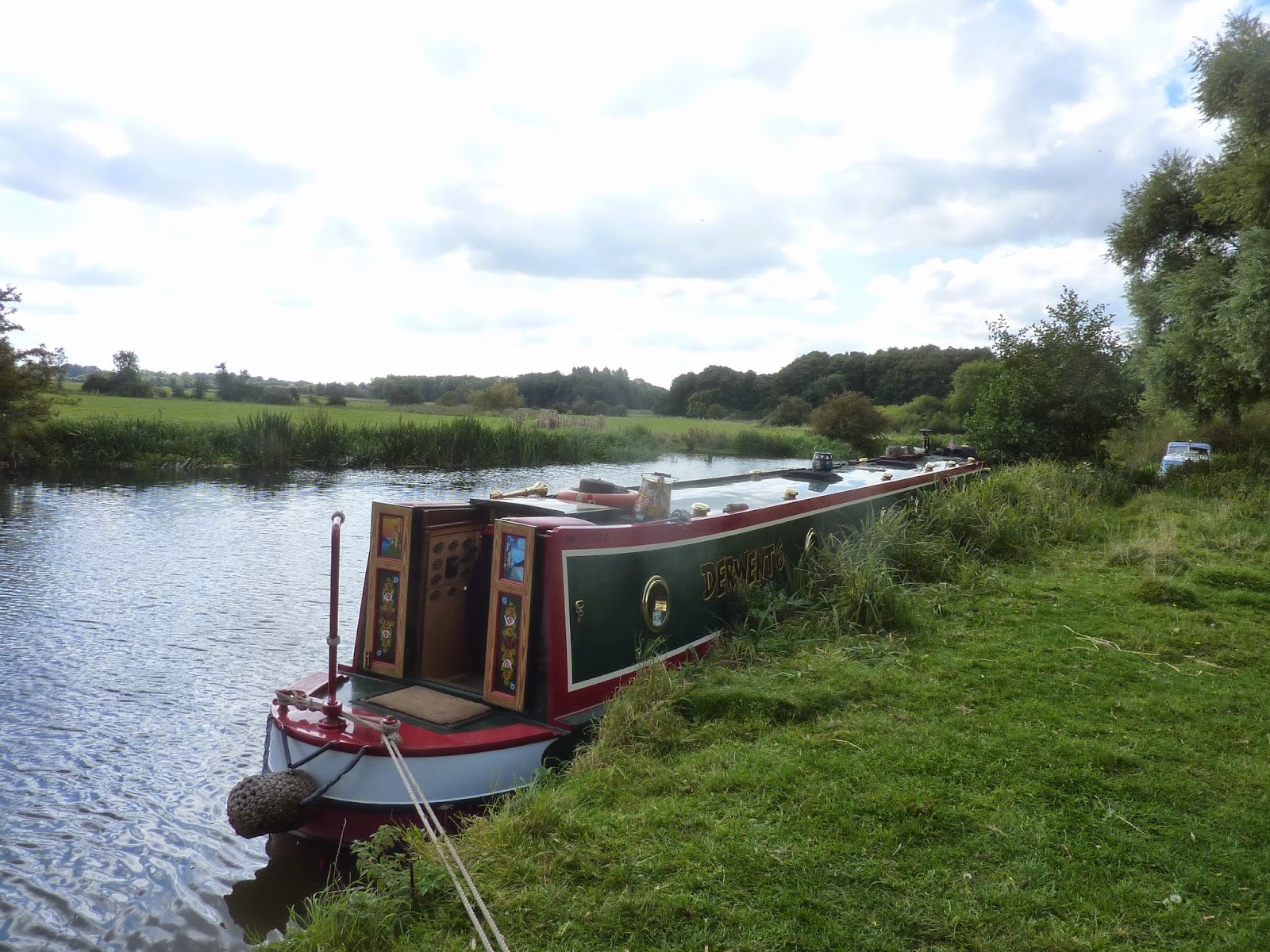 After some lunch  Del set to work on the barrel's again this time painting the diamonds. 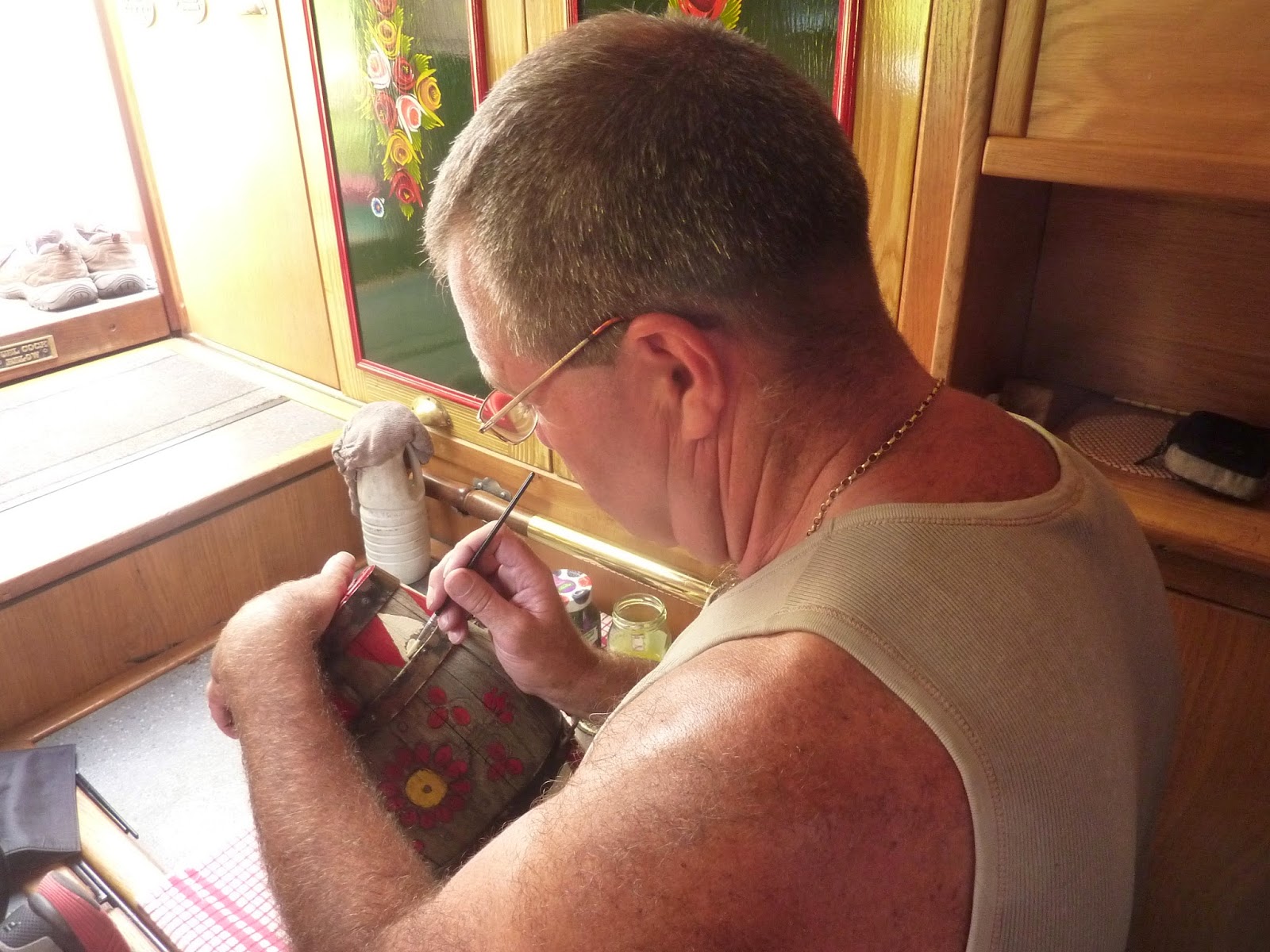 He also managed to finish repairing the main barrel which now looks much better.. 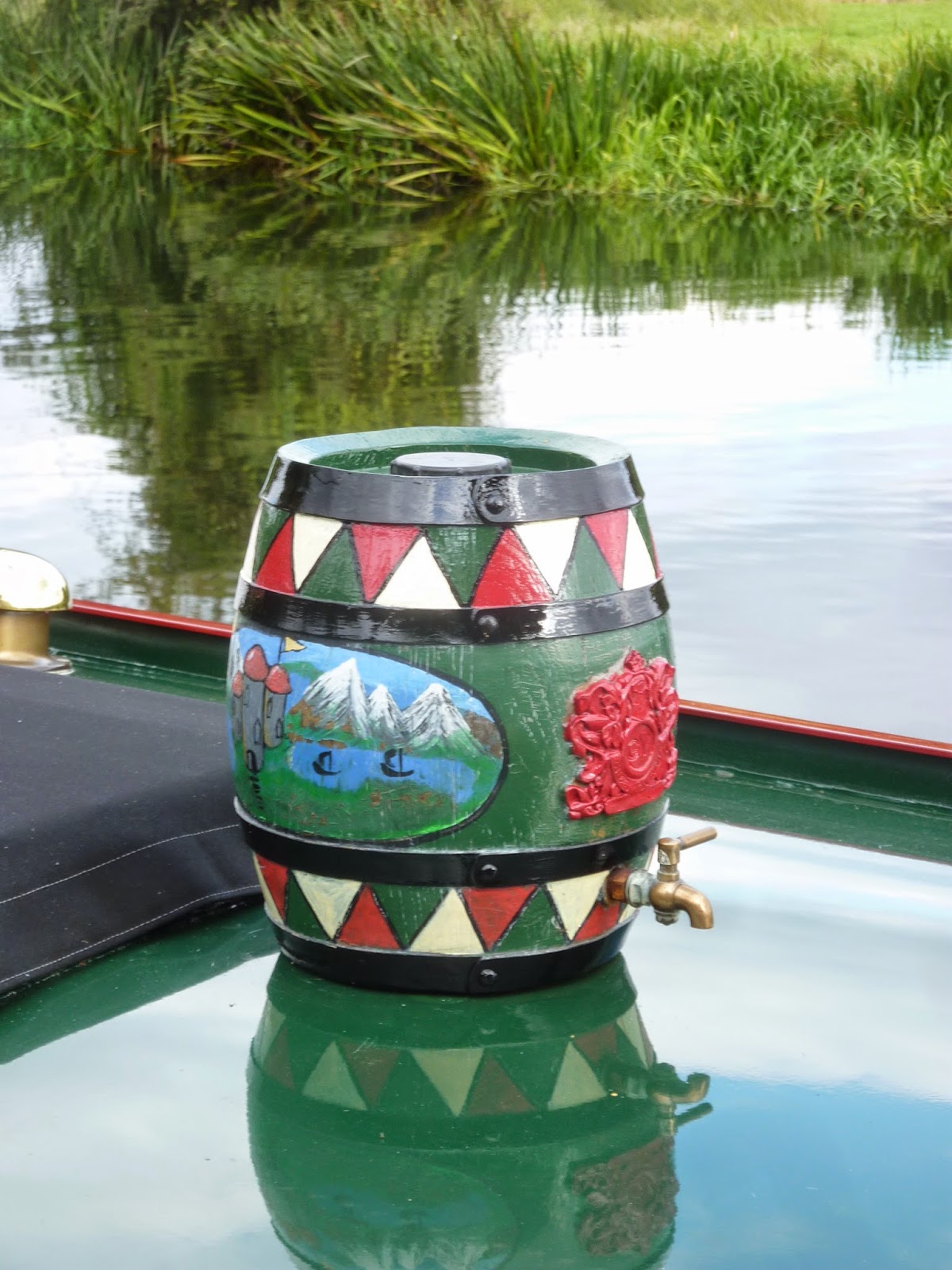 It was then on the hunt for wood, it is that time of year when it just could be a bit cold overnight, not that we have had it yet. Del managed to find a few bits and loaded them on. We toyed with going to the pub but decided to muster something up on Derwent6 with a beer of course. The nights really seem to be closing in now....Its been a great Summer!
Posted by Del and Al at 10:33 AM