Family issues, with a 21st thrown in

Blimey! where do we start. As you can see we took a small break from blogging for a bit. We think you have to sometimes so it doesn't become too much of a chore. So a catch required! We have kindly been allowed to stay at the Oundle Cruising Club moorings for a while, while we sort out a few things.. Al got the bus from the Market town of Oundle to Peterborough on Wednesday, and then the train down to her Mum and Dad's in Kent..  Alf, her Dad, had to go to hospital and have loads of tests and scans on Thursday so she got the train back to London with him while carers looked after her Mum.. Del meanwhile used the time to service the engine on Derwent6 so the fuel filter got changed and this created a few problems. Derwent6 would not bleed all the air out of the system and it turned out to be a small air leak at the filter housing, but in the end everything was purring like a kitten..  Al returned back to Derwent6 on Friday morning  and things seemed fine until we got a call from her Dad in the afternoon saying he had so much pain in his back and couldn't move in the chair. Al ended up calling the doctor. The Doctor diagnosed a kidney infection and was told he would have to be taken in to hospital unless someone could be with him. He was given a course of antibiotics and told they would take the weekend to work. So Jo (Al's sister) travelled from Farnham to stay with him overnight. On Saturday we were both up early and walked back into town to get the 7.55am bus to Peterborough, and the train back down to Kent. We arrived to a poor Alf in bed and her sister exhausted from a difficult night. The problem we had was that Alf had to go back up to King's in London for one more test and if he didn't make it his treatment might be delayed for his tumours he had, phew!
After a sleep and a few pain killers, he said he felt ok to go and as Al was with him we took a chance, so Del looked after her Mum and they got the train up to London.. As it happened things went well and he got his last test done, which was a endoscopy (a camera down his throat), which Alf bravely had with no sedative, just a throat spray, and they got back ok, but it had taken it out of him. We stayed Saturday knowing Bob the Harbourmaster was looking after Derwent6.. On Sunday things were still not good with Alf and we had to cancel a visit we had planned with friends Richard and Lisa but in the afternoon he perked up a bit and we managed to go to godson Zak's 21st Birthday at a restaurant in Tunbridge Wells..

We had a lovely time with his friends and ours with good food to go with it.. 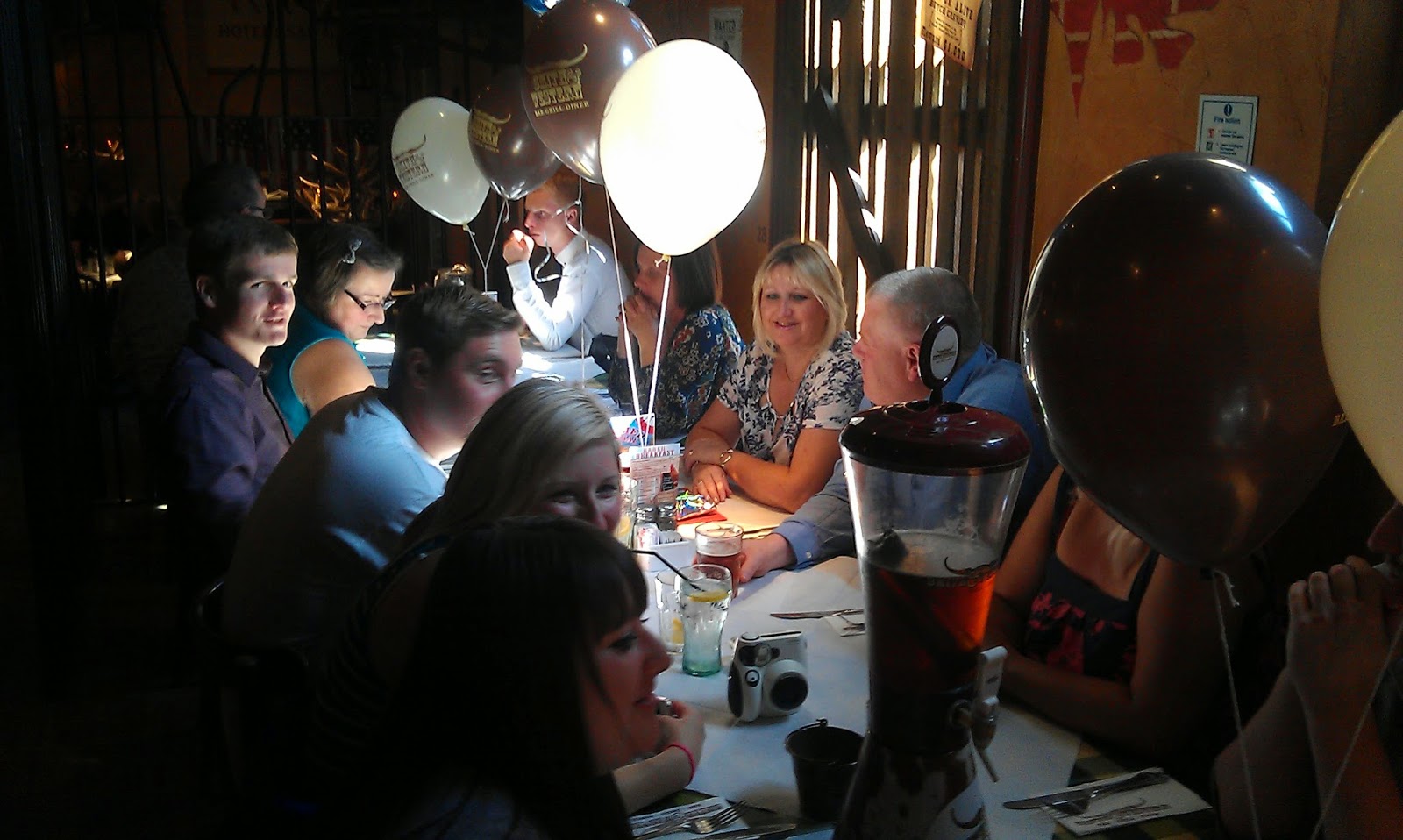 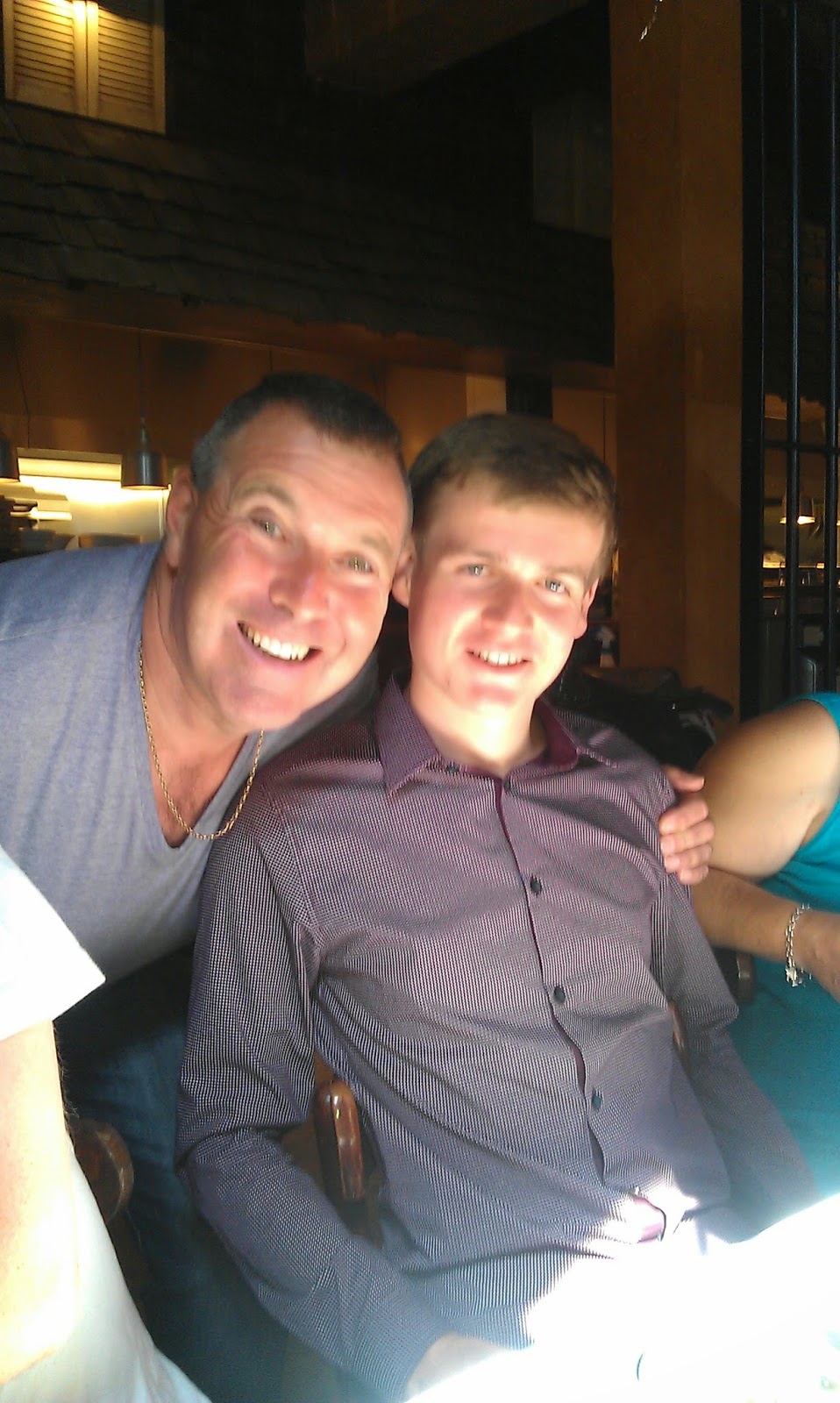 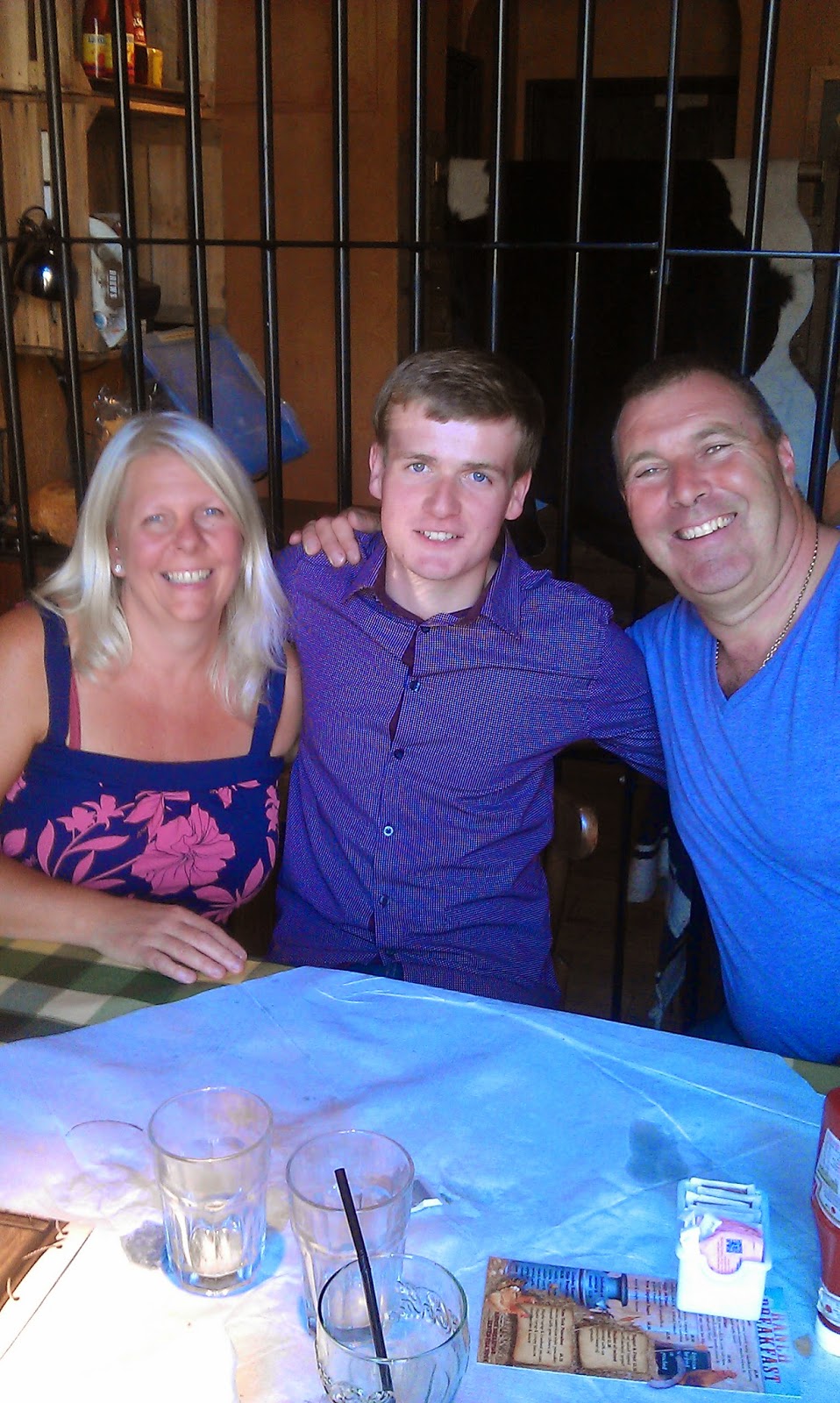 It was nice to chill with them all. On the way back we popped in to see Maxine and Graham and their restaurant has now changed into a very modern pub, it was great to see them. We then went on to Steve and Erica's (Zak's Mum and Dad's) for the all important cake and catch up with everyone..  Here we called Alf and things had took a turn for the worse again, so we had to rush back.. When we got there he was asleep in the chair and in pain but we managed to get him settled for the night.
Monday morning things weren't much better.. We were going back, but Al decided to stay and Del would go back to make sure things were ok and to let Bob know the situation. The doctor had told us that the antibiotics would kick in by Monday but as we had put things back with his hospital trip on Saturday we thought it might go on till Tuesday. Del got back to Derwent6 at 3.00pm and got things ship shape, while Al looked after her Dad.
On Wednesday Alf felt a lot better and Al made the decision to come home. She arrived back at 1.00pm and we had some lunch while we waited for Mr Tesco's to turn up and fill the cupboards. We sat out in the afternoon with a nice drink and chatted with some people on the boat behind us.. 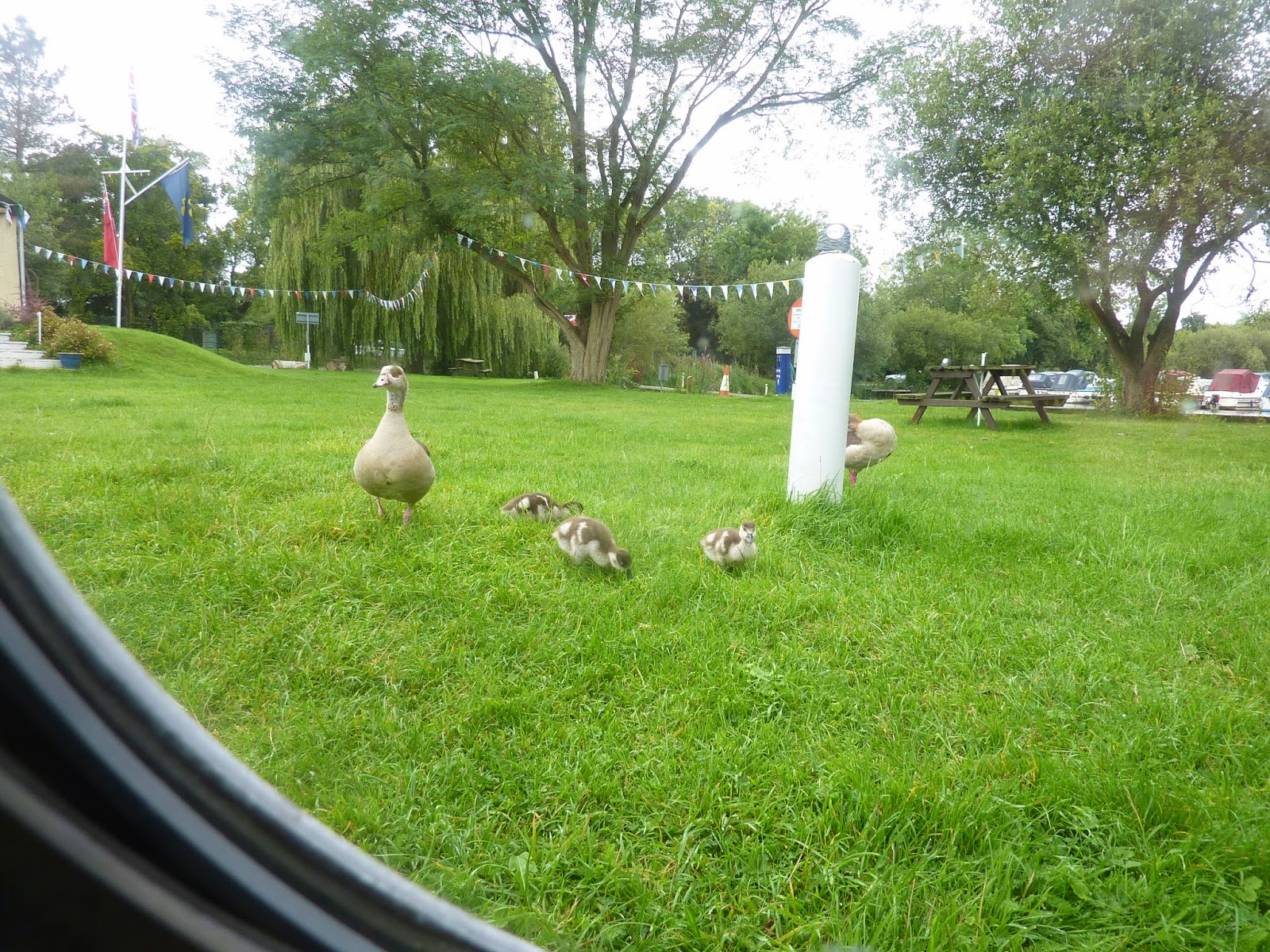 We are so looking forward to continuing our trip up the Nene tomorrow, so bed early tonight for a early start tomorrow...
Posted by Del and Al at 6:09 PM

Oh my, wot a lot is going on in your lives. Got it off your chest now so hope things get better for you all.

Please try my book ‘Life With a Narrowboat’ now published in 3 parts down loadable from LULU in ebook format. Click on the LULU button in my blog. Chas