On to Penultimate Watford

We needed a bit of a lie in this morning as it was Matty's penultimate day, so we took it easy and had some breakfast in the cratch, Matty had his first taste of omelette, and loved it. We ended up setting off at 10.30pm and were able to get into the first lock at Copper mill with another boat. 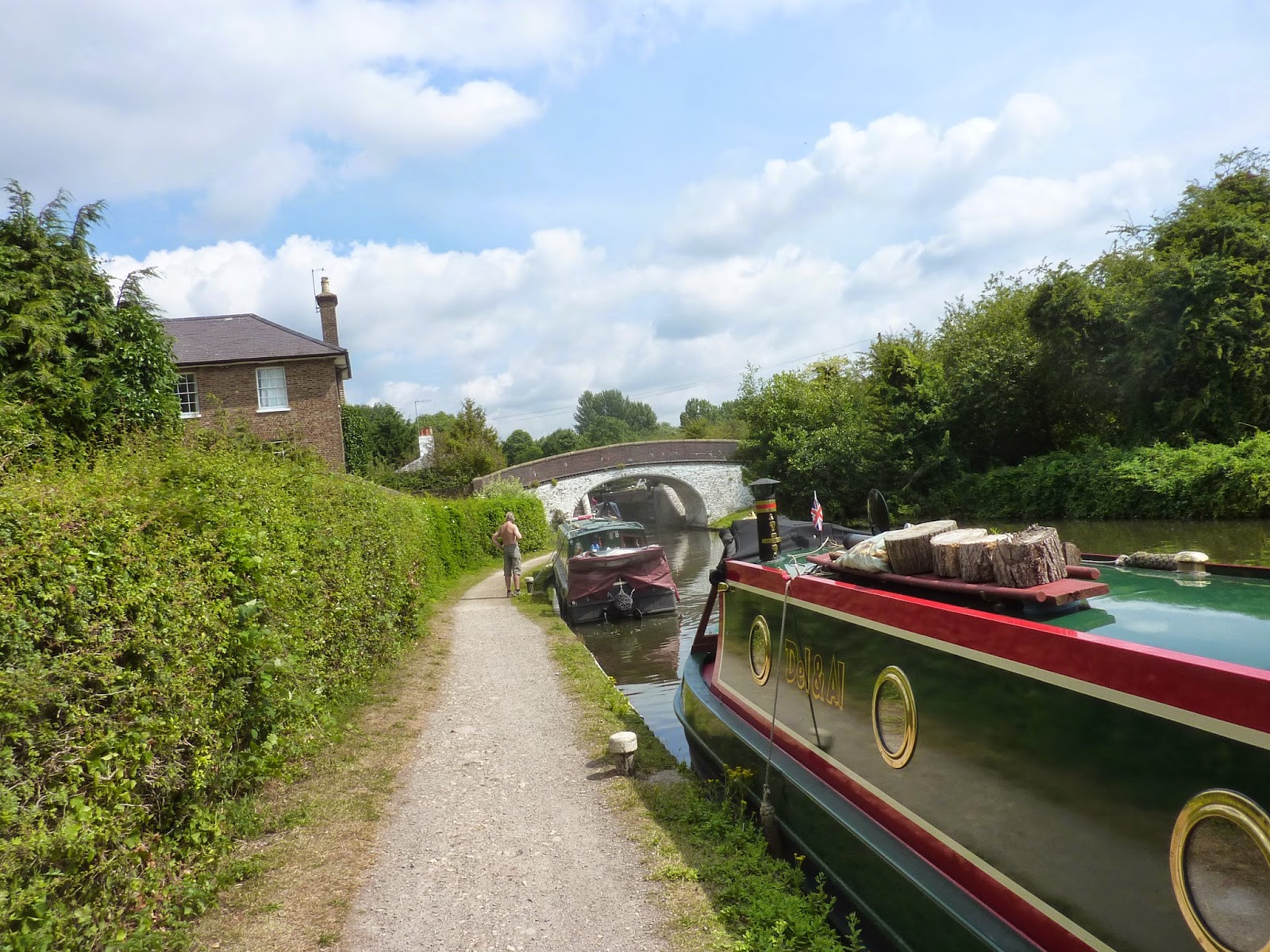 It made life a lot easier and we did the next three locks with them till we got to Tesco's at Rickmansworth. 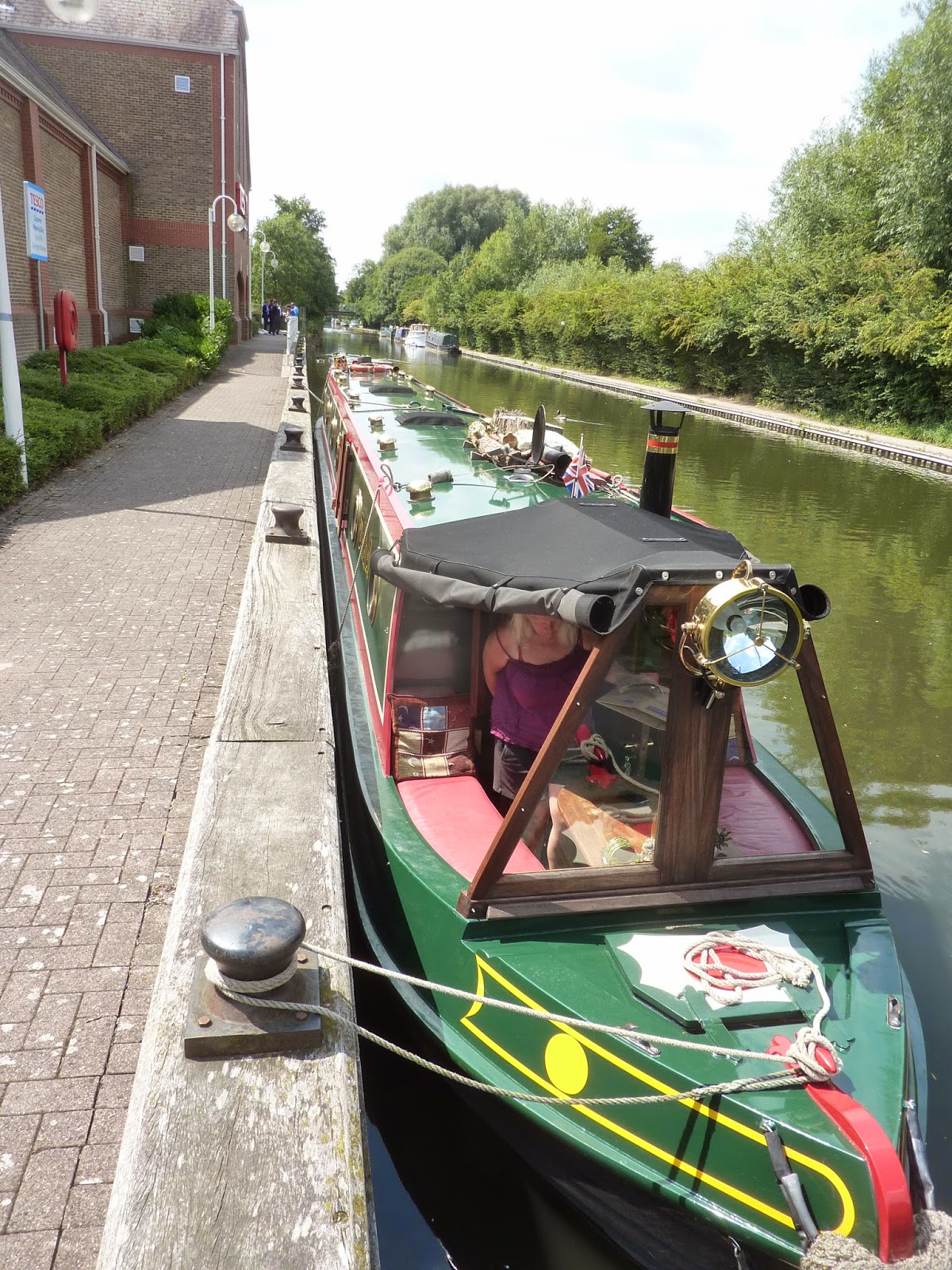 We topped up with chocolate, and snacks and also some BBQ stuff as Matty wanted one tonight..  We stopped at the small model canal which Matty enjoyed, it is nice to see some youngster's liking the canals, it could be the future for them. 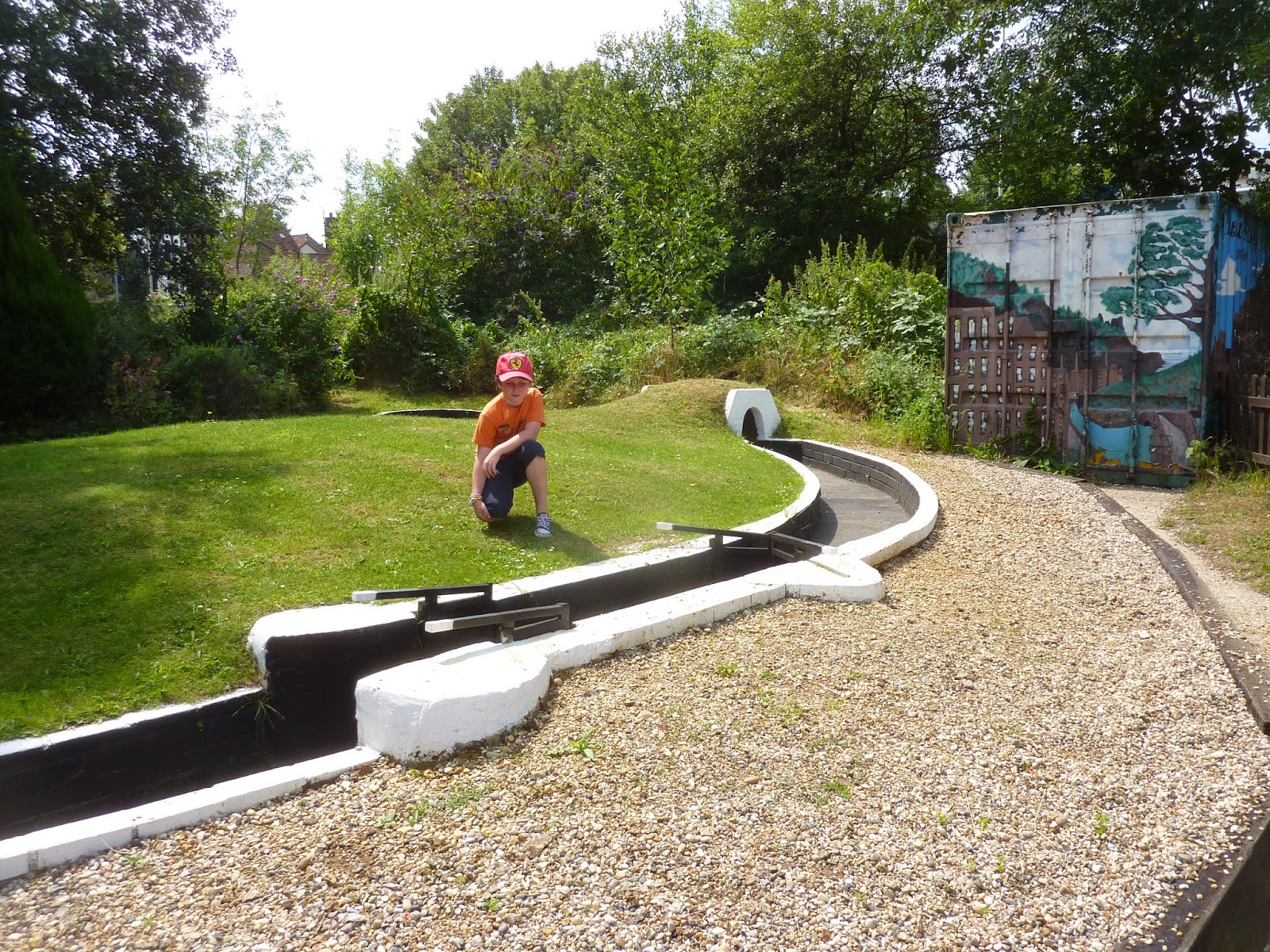 We carried on and at each lock Matty was off collecting Blackberries, he ended up with a couple of big bowls full. 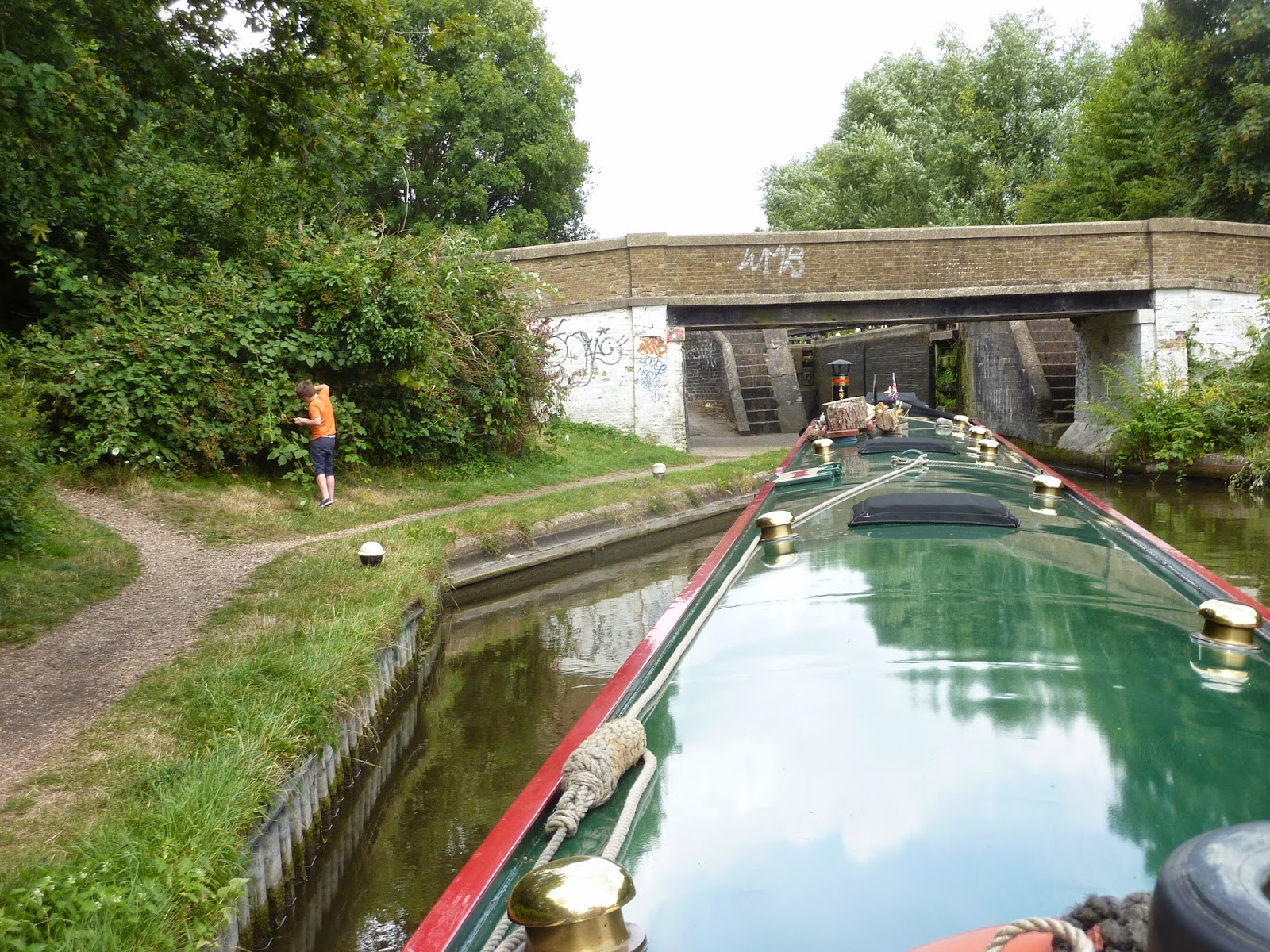 When we pulled into Watford we went past the drunks and had problems opening up the lock gates, but this guy was out to the world, quite nice really.. but he will be sore in the morning! 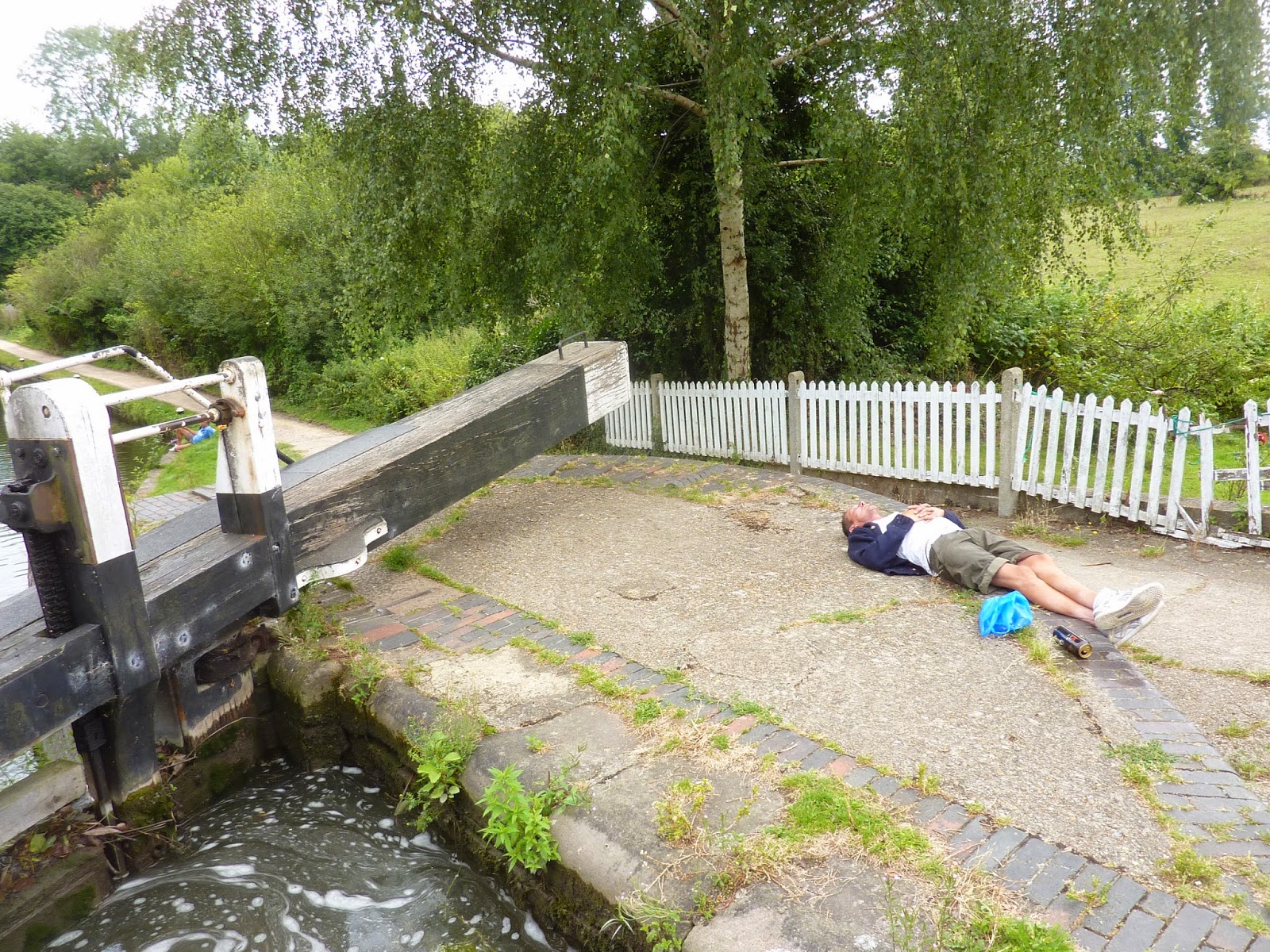 We got moored up just out of it and managed to get a tv signal and Matty had the fishing net out again. 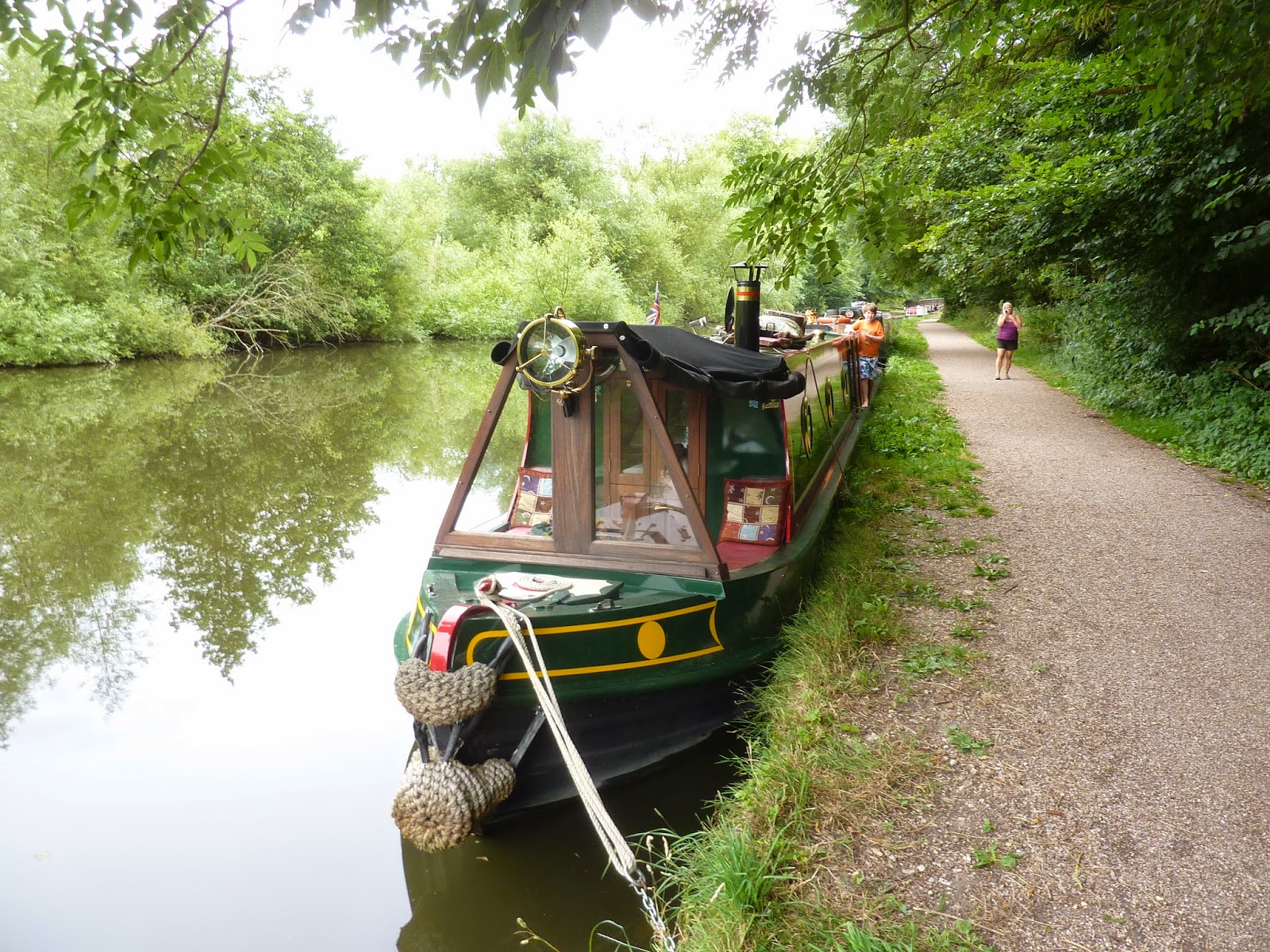 It was then cooking time and Matty was making dessert again, this time it was Banoffee Pie. 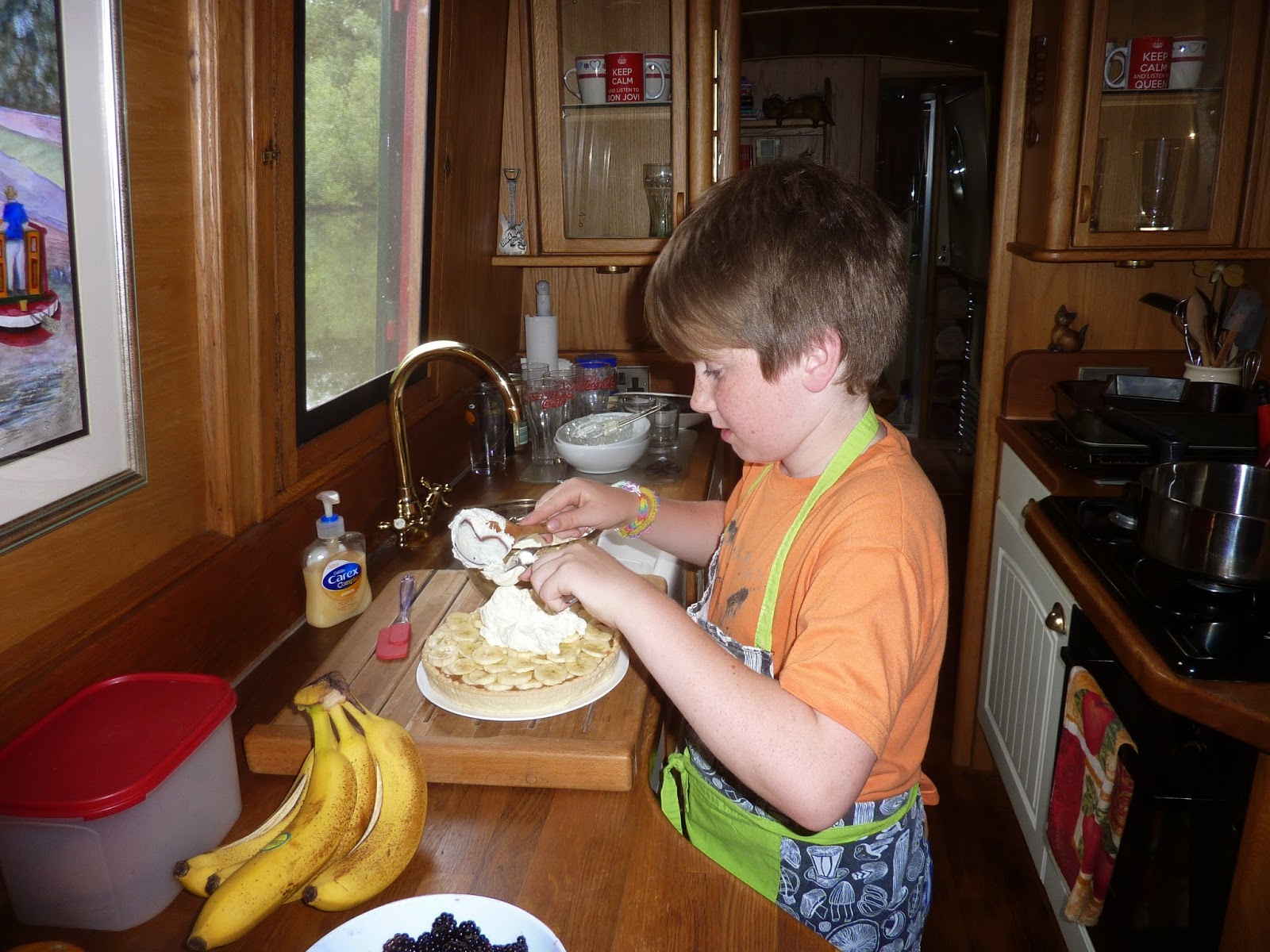 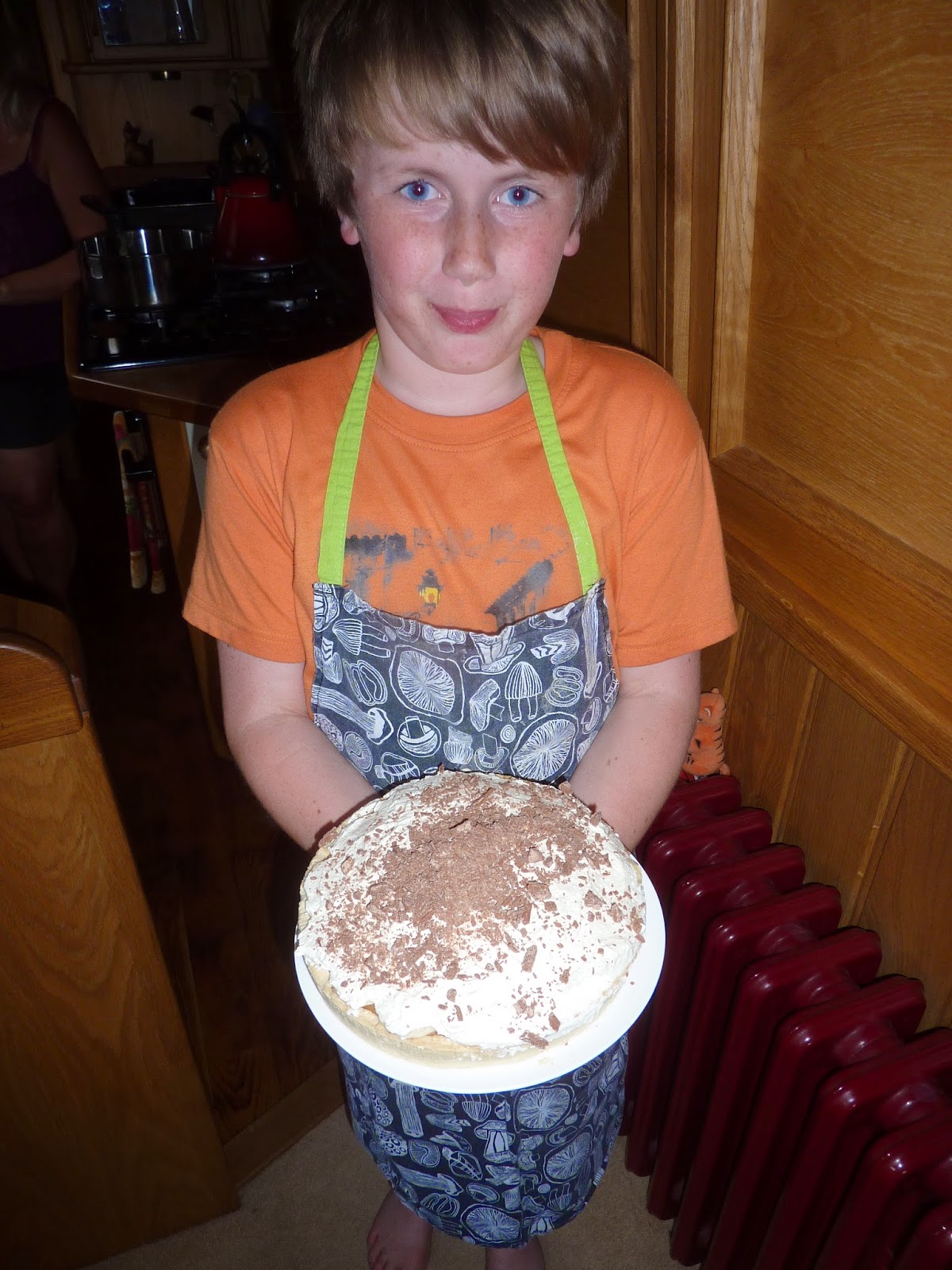 Then with all the fresh Blackberries he made us some Jam, in fact we got four jars, Mmmmmmmm 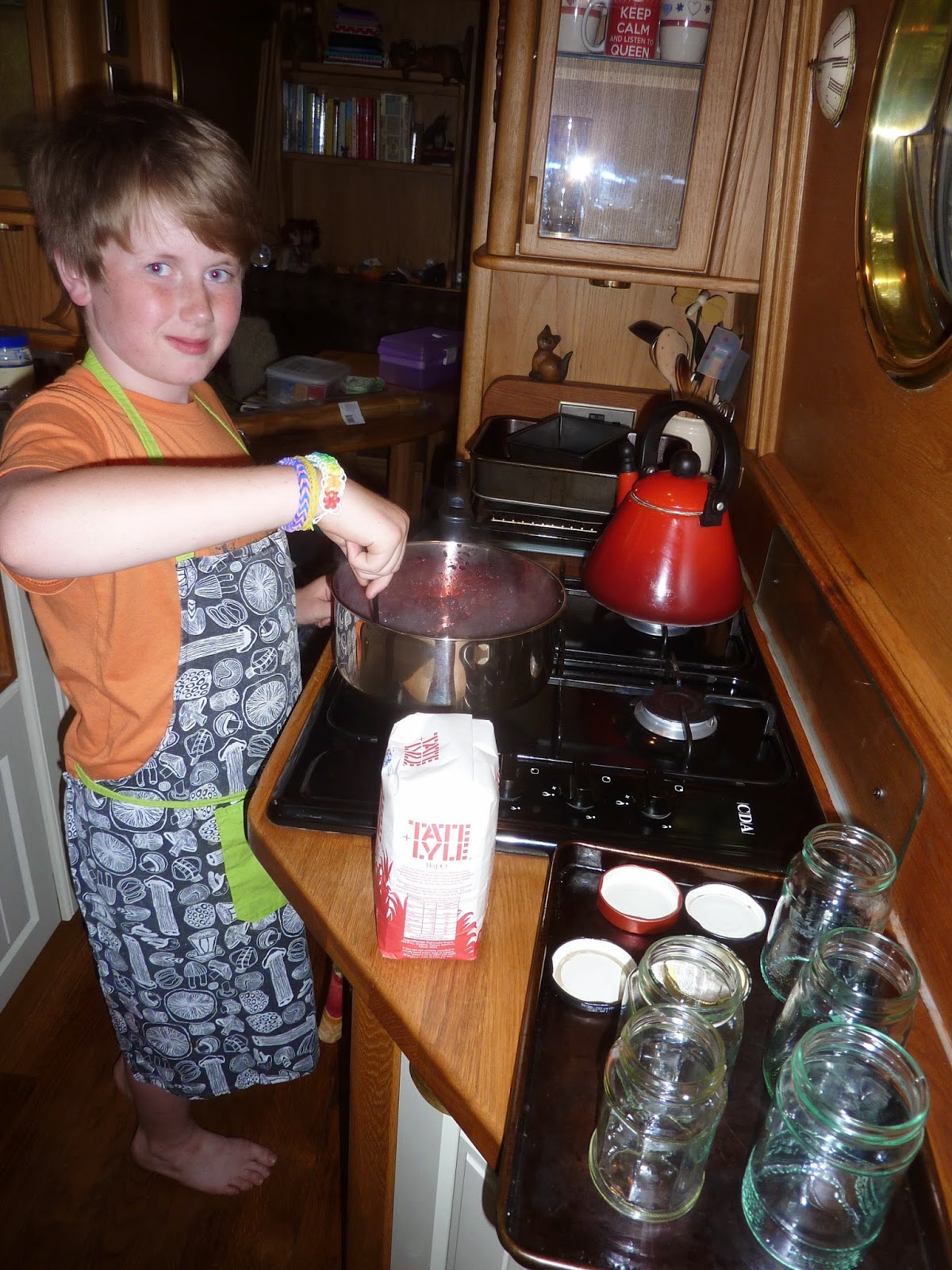 Then it was BBQ time and Matty lit and cooked the food on it while Al did a nice salad. 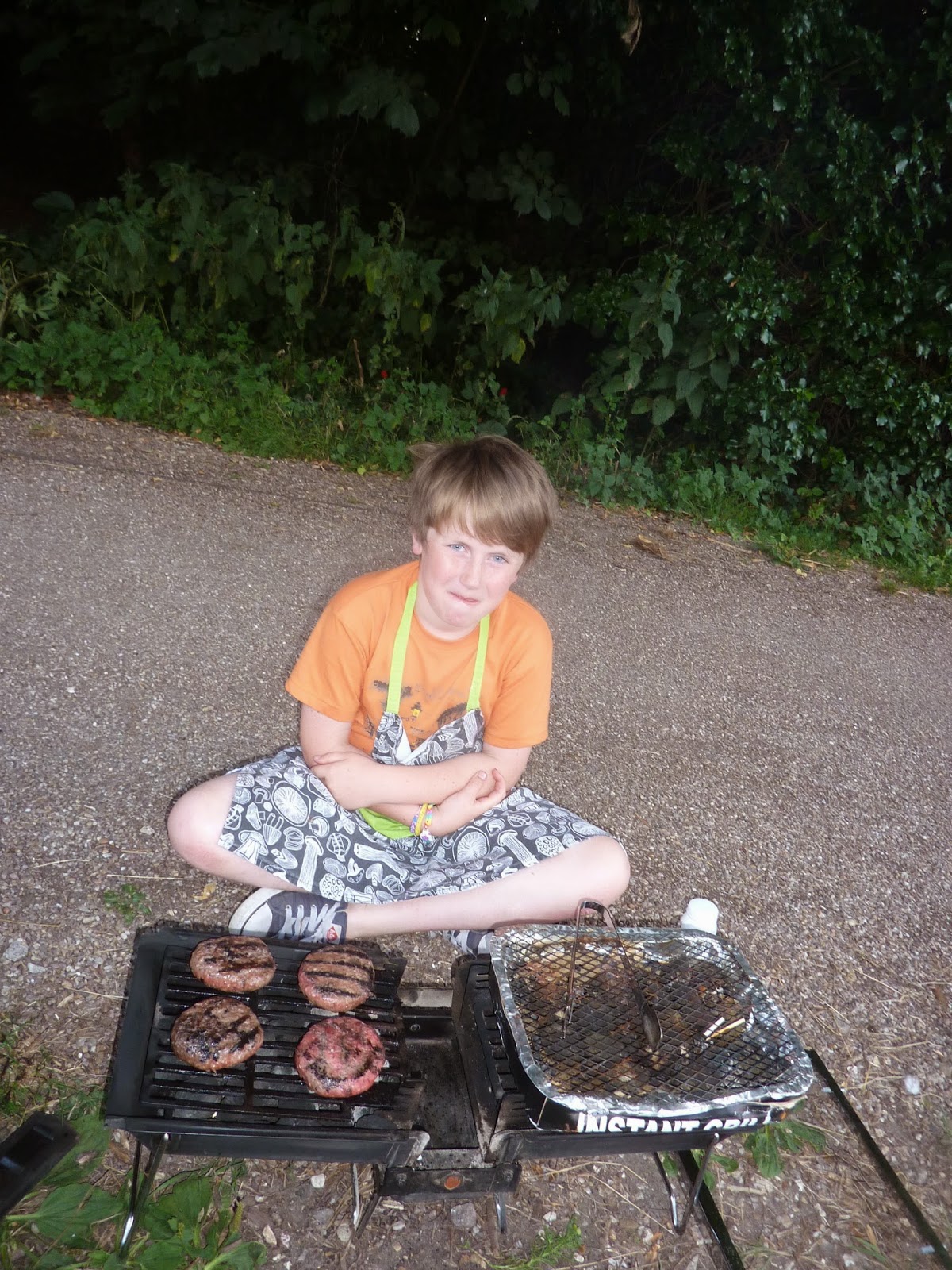 While it was cooking, Del showed Matty how to light a fire without matches, something learnt in the Scouts......Matty wants to join the Scouts now.. 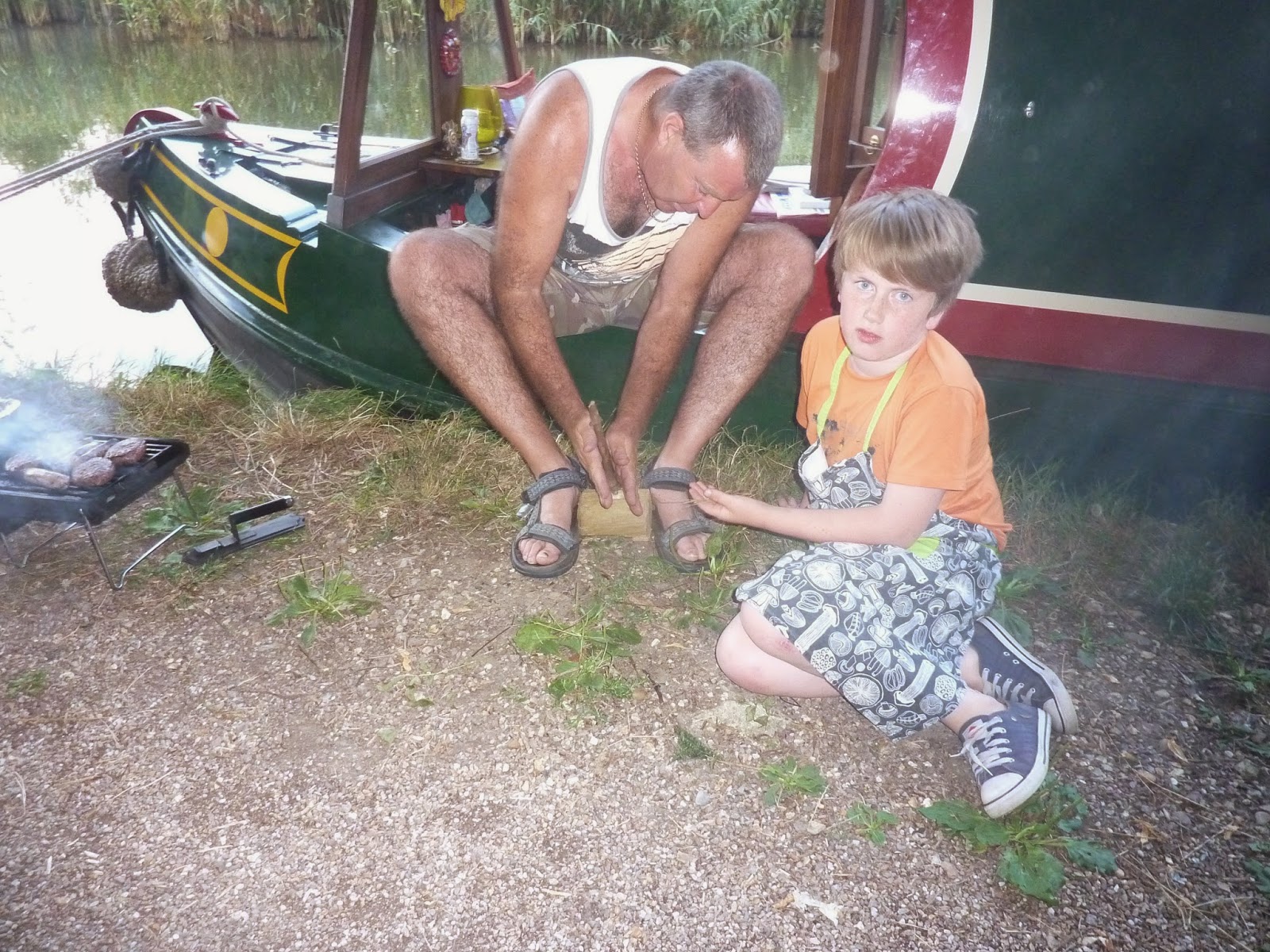 We all had a lovely Barbie with just the best Banoffee pie.. Let's hope our jam turns out as good!!! 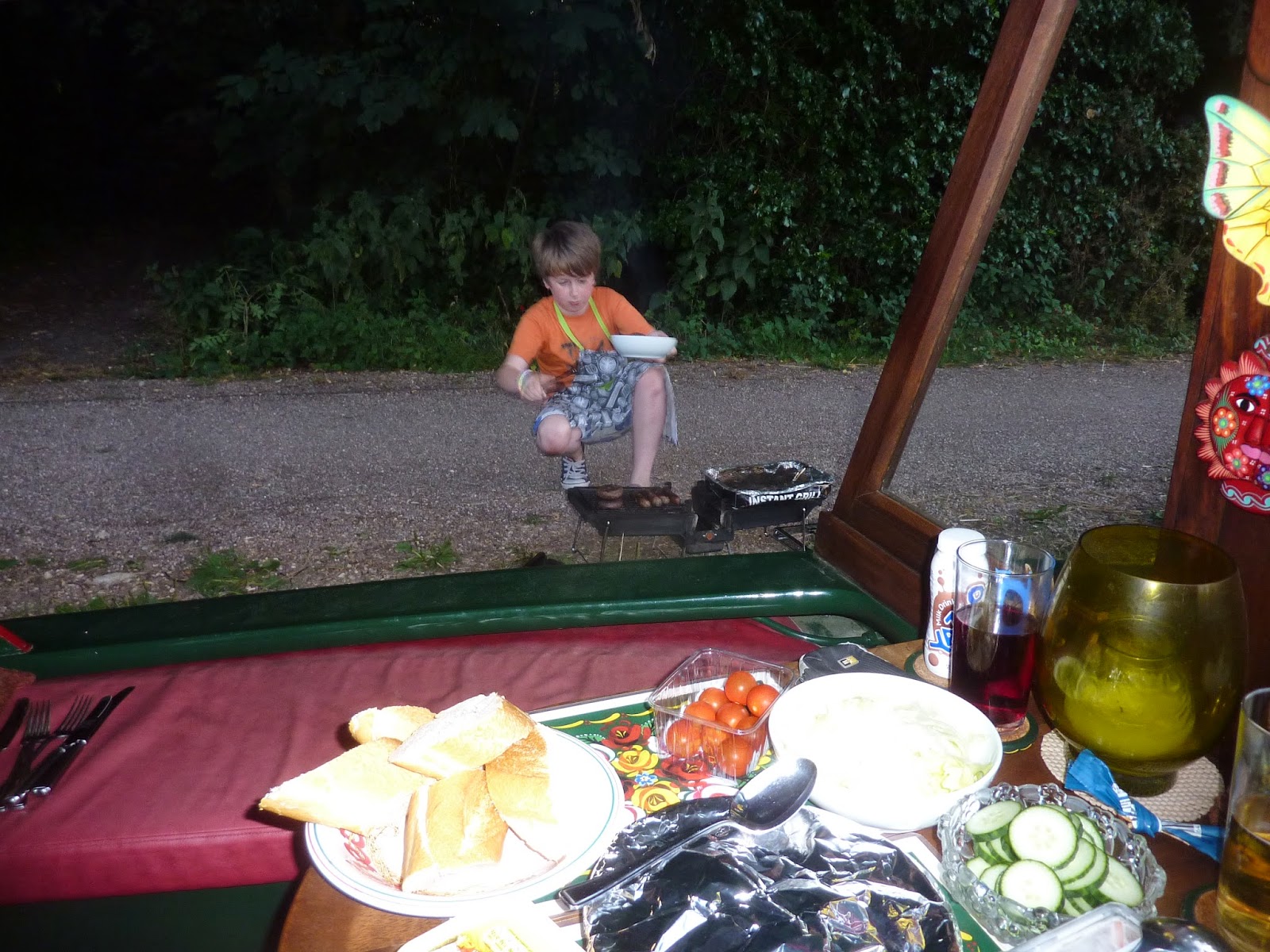