Another long day to the Nene

We were up at the crack of dawn with the plan to move, but drizzle in the portholes made us sit back in bed.. After a look at the weather it looked like it would brighten up a bit so we got up and soon set off. We thought we had better top up with water as we were travelling on new ground and didn't want to get caught out.. 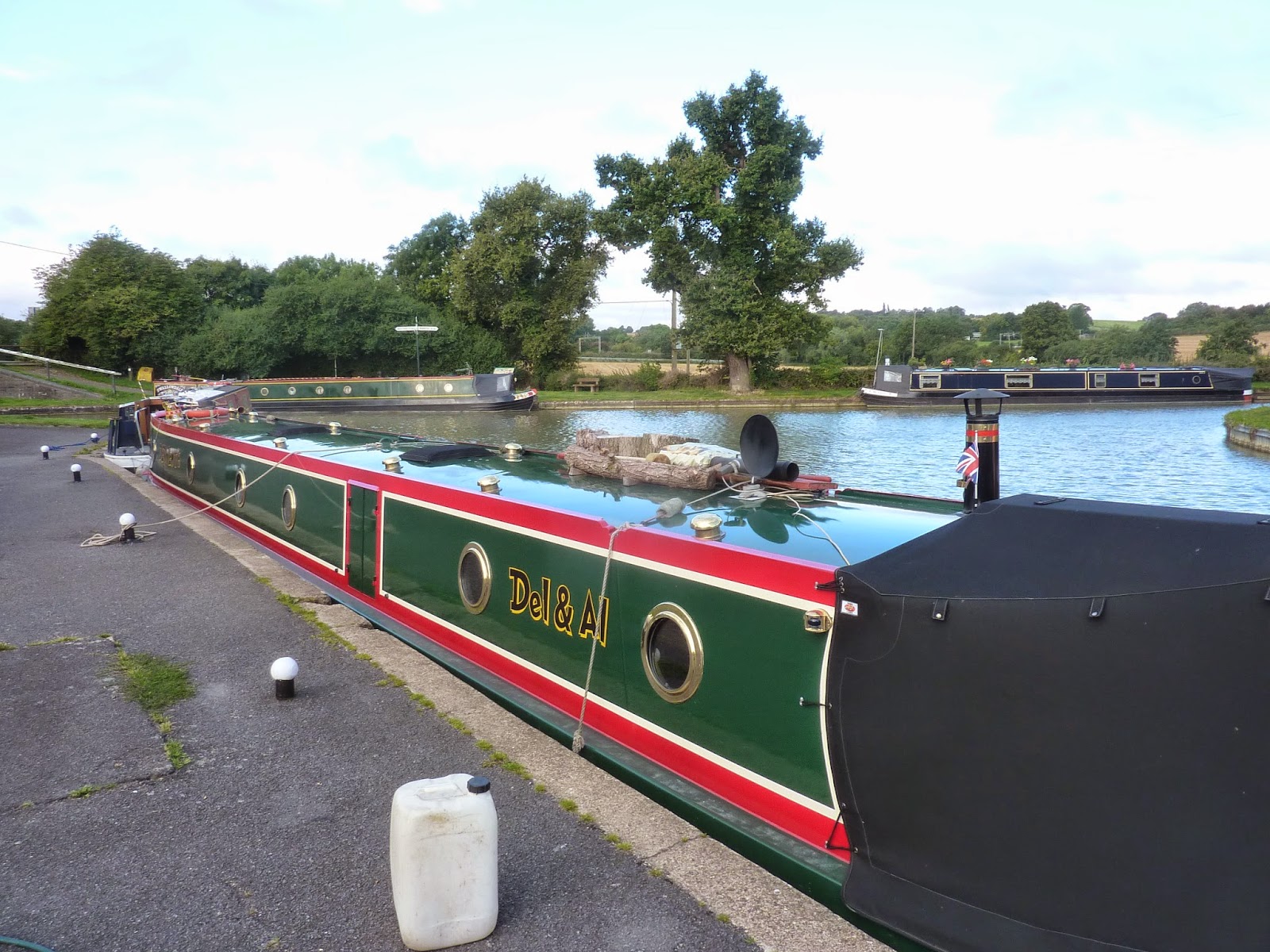 While we was on the services we were hit by two boats, one trying to turn and one guy who just thought he would moor along side us without asking, Wrong! bet he asks next time and has some manners.
We then set off up the arm and when we got to the first lock a boat was on the moorings and another was in front and had gone down one lock. 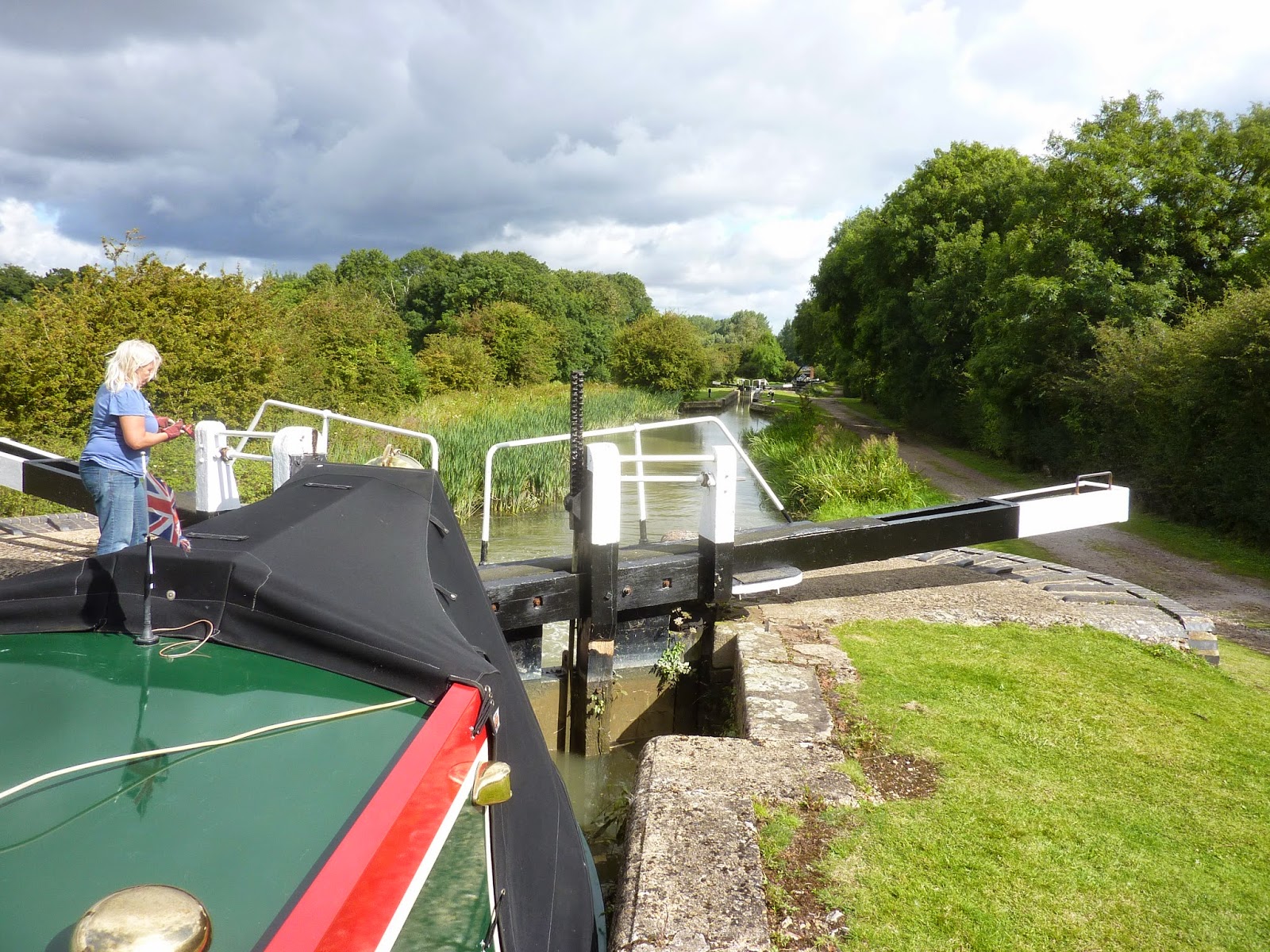 We followed until we got to lock six where they had emptied the pound so they could carry on. Don't worry about us! It would have been good manners to let us know so we could sit in the lock while they let water through. It took us 45mins to get water down and while we were at it CART turned up. 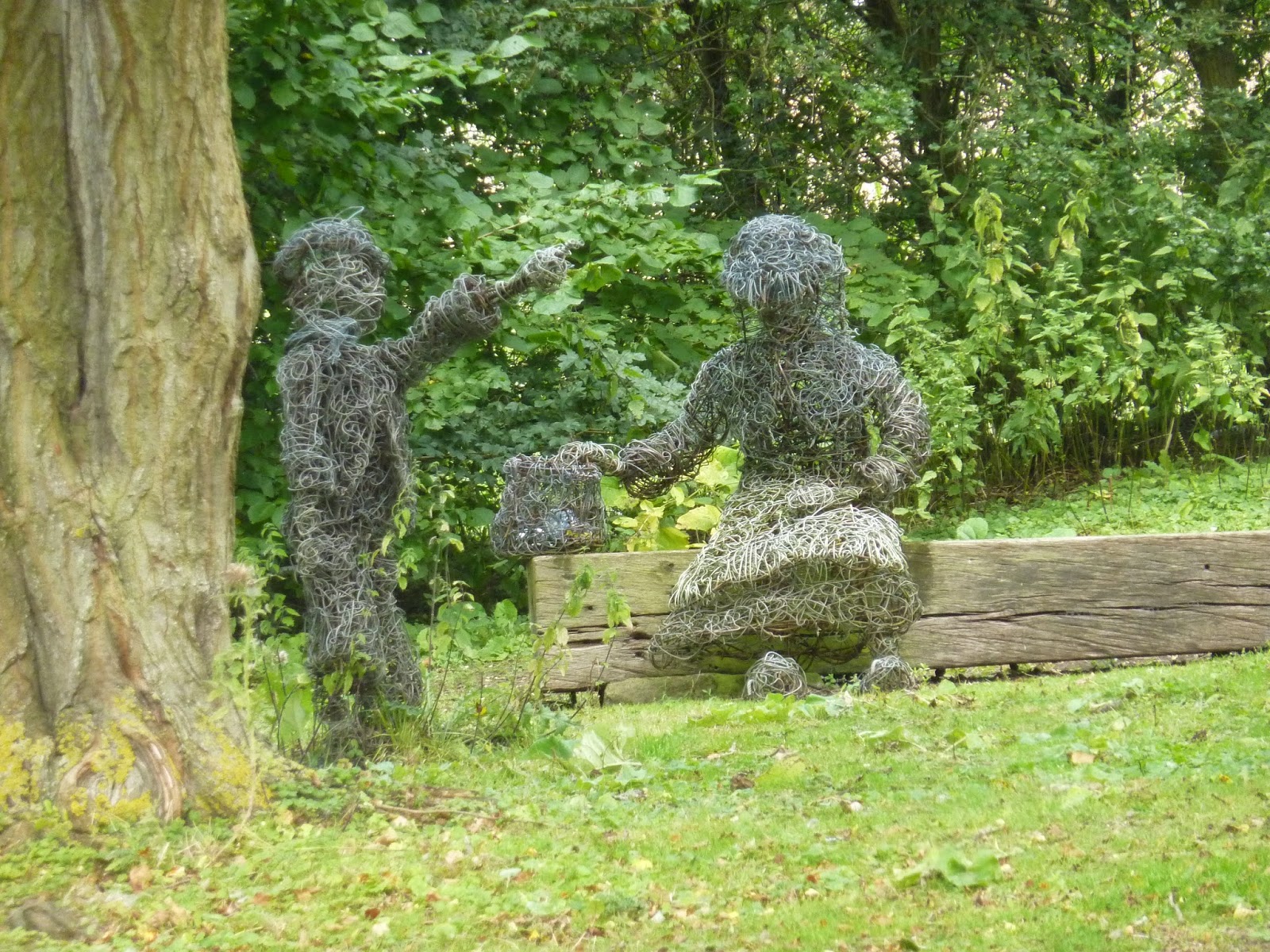 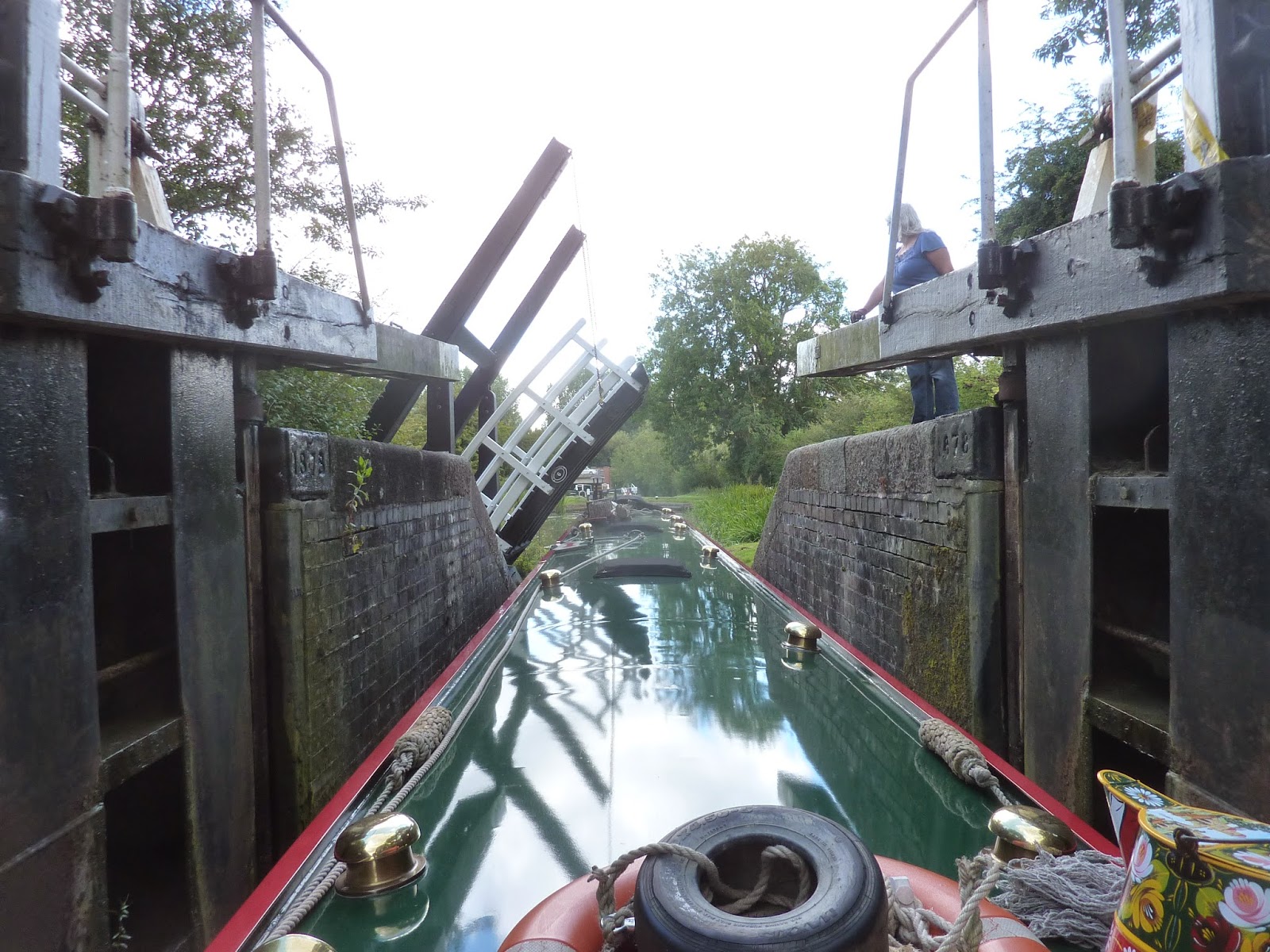 Slowly we got down the flight of 13 locks which are very pretty, and then went under the M1, not so pretty. 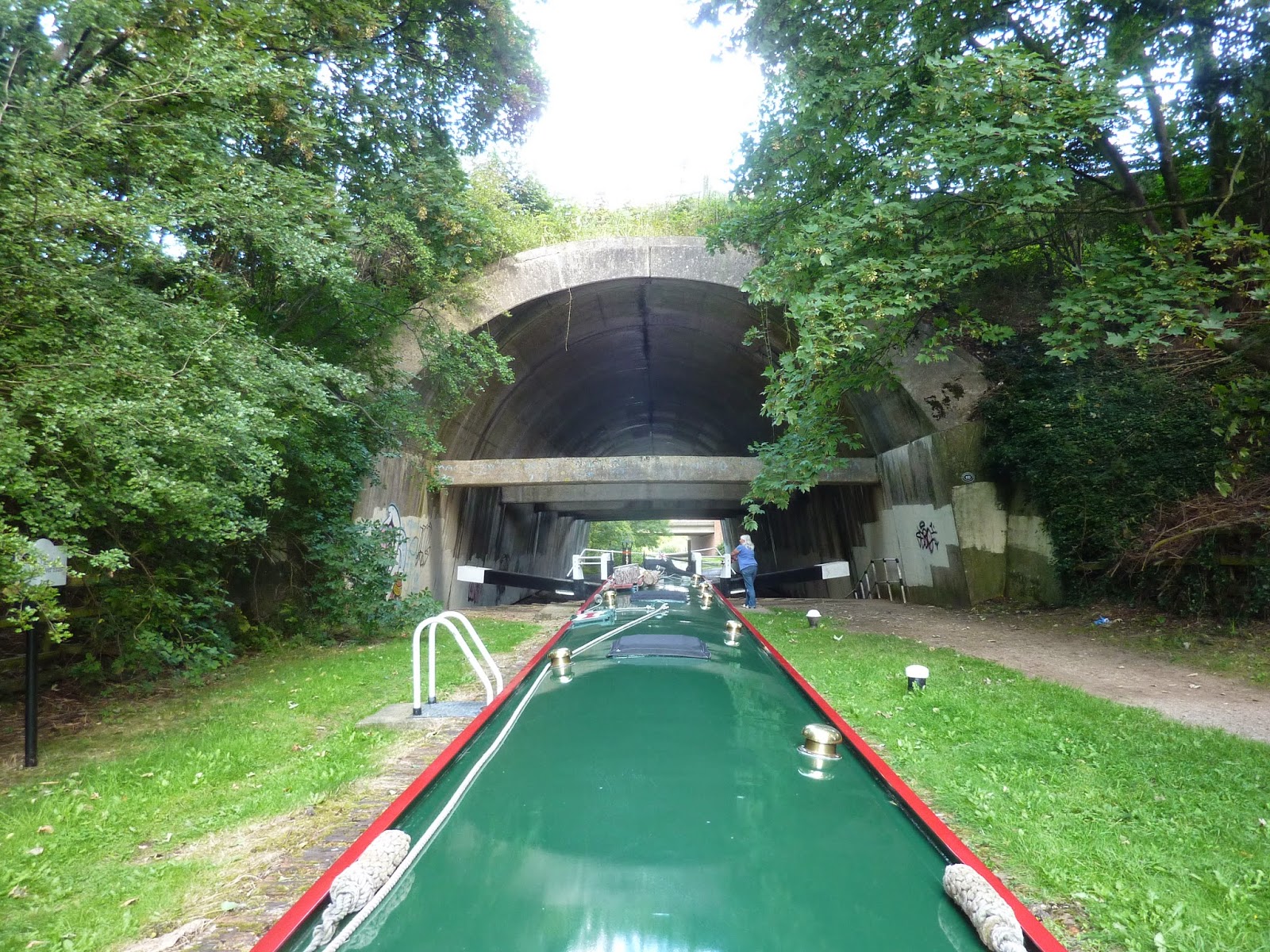 The next few locks we had another problem, weeds, good job we had the Axion and could shake most of them off. It is really narrow in some places and we could see why a lot of people are put off by coming down here.. We passed a number of boats coming up the flight and you had to pick where you passed. 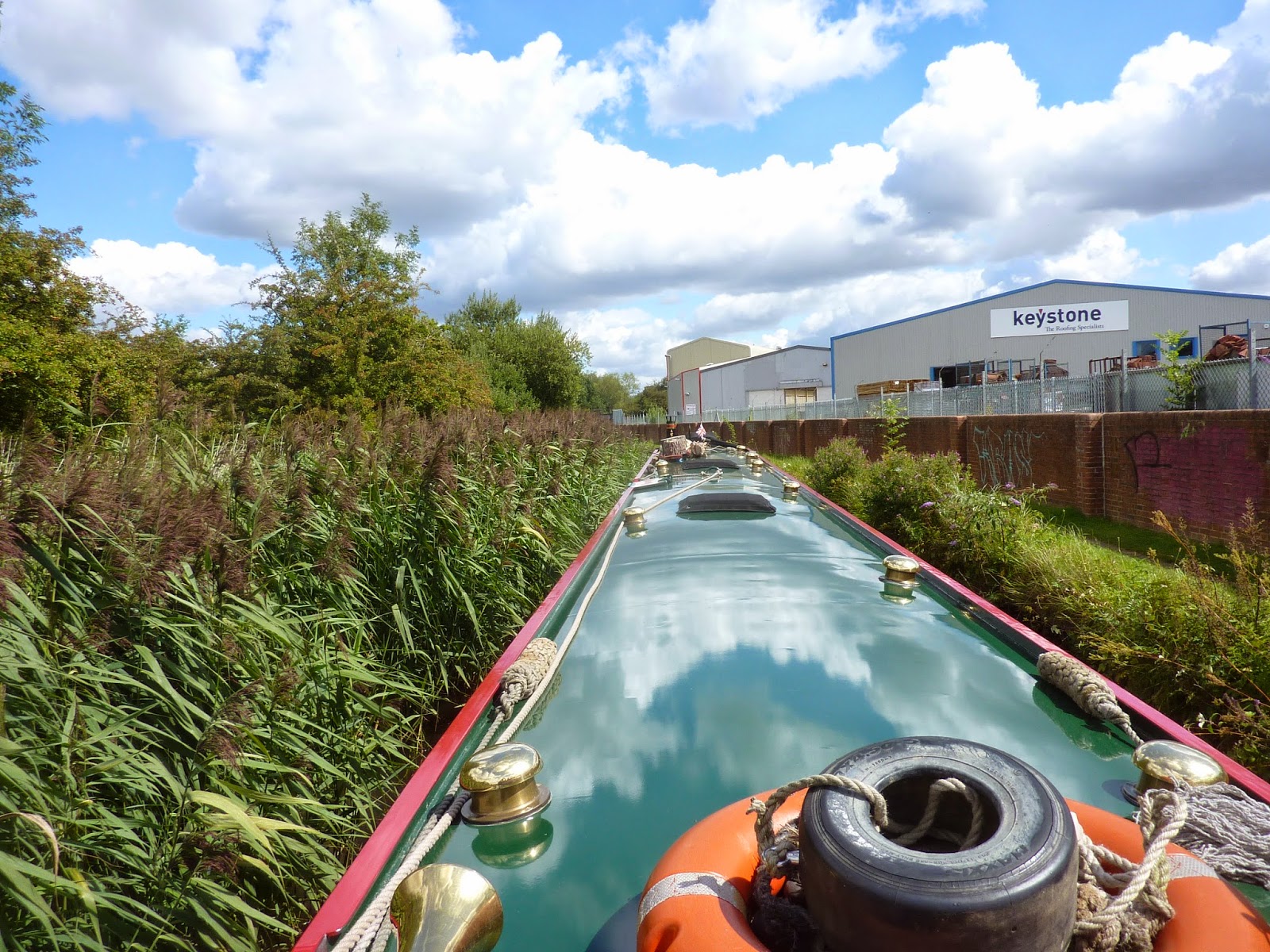 In view is the Express lifts tower used for testing the high speed lifts and still called the Terry Wogan lighthouse and now a listed building.. 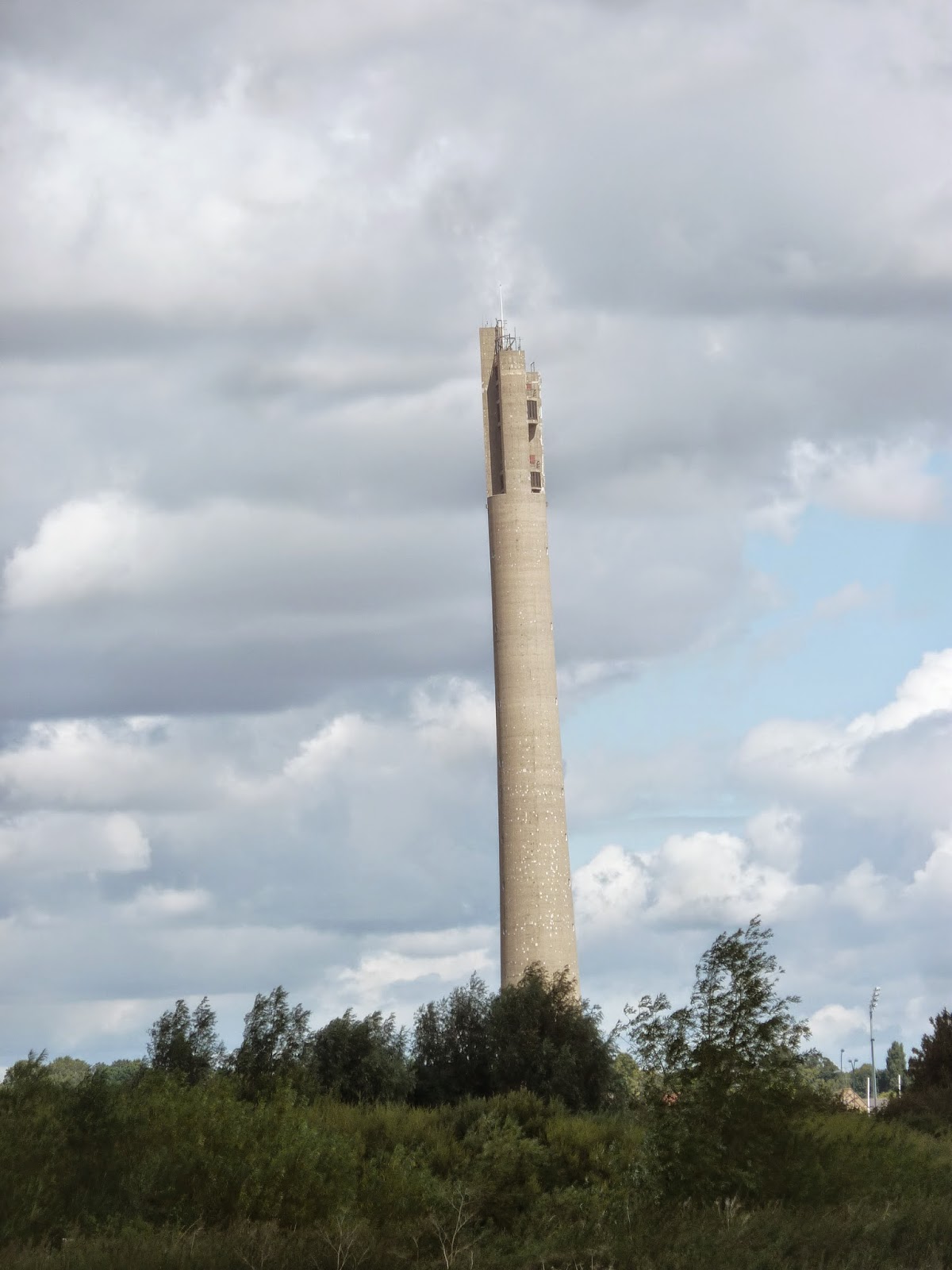 We were behind time because we wanted to get through the dreaded lock 16 area where most problems seem to have occurred. Last story we heard was air rifles to boats. It was midday and we could hear kids in the bushes, but with Derwent6's quiet engine we passed through at a whisper. We soon got to the cotton end lock, with the smell of beer from the Carlsberg brewery. 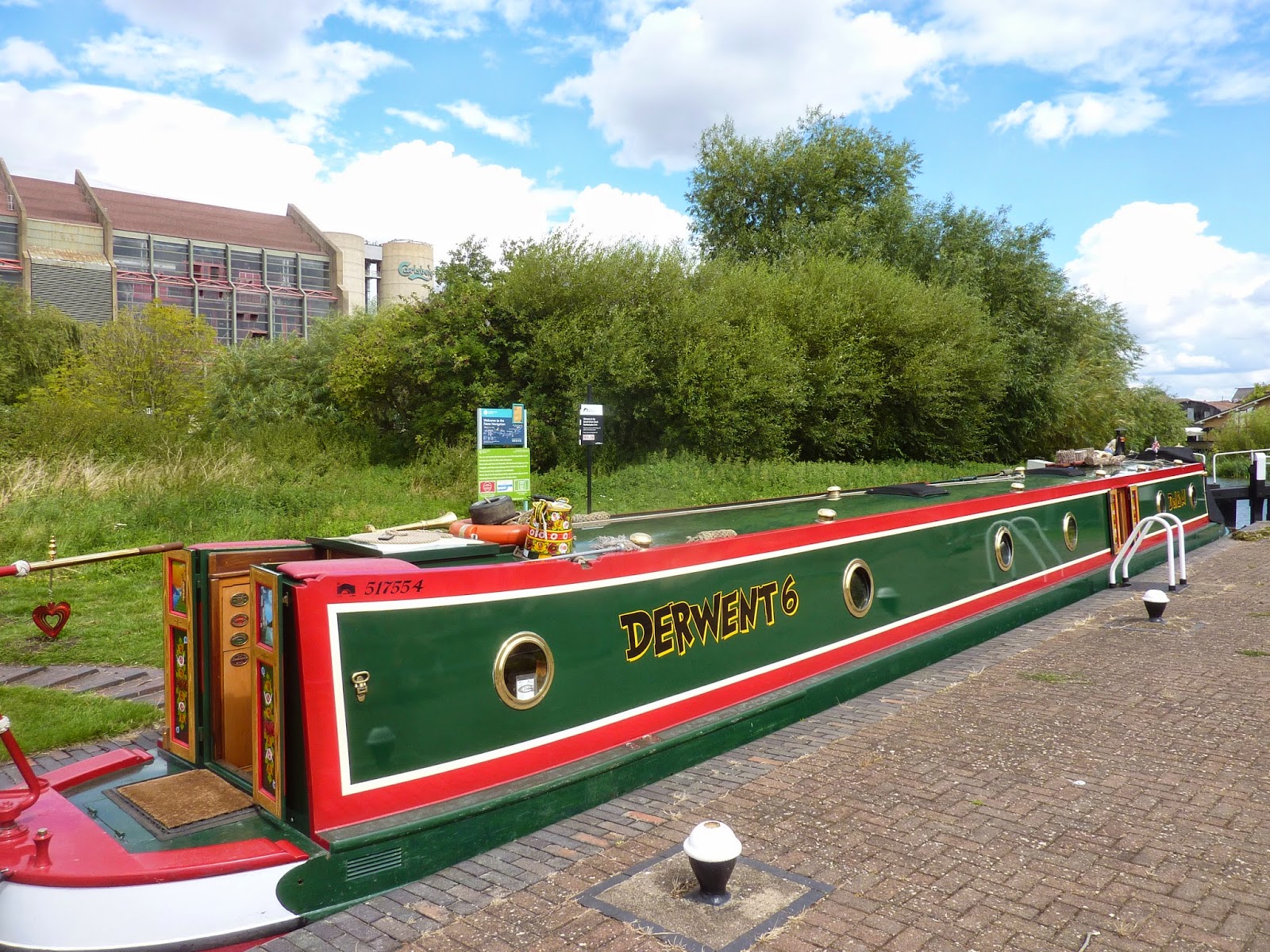 Wow we then pulled out onto the Neen.
First impressions aren't very good and we felt we didn't want to moor on the Morrisons moorings so we carried on to the first lock. Another boat was waiting to go in and we joined them which made life a bit easier after the 17 locks we had done already. 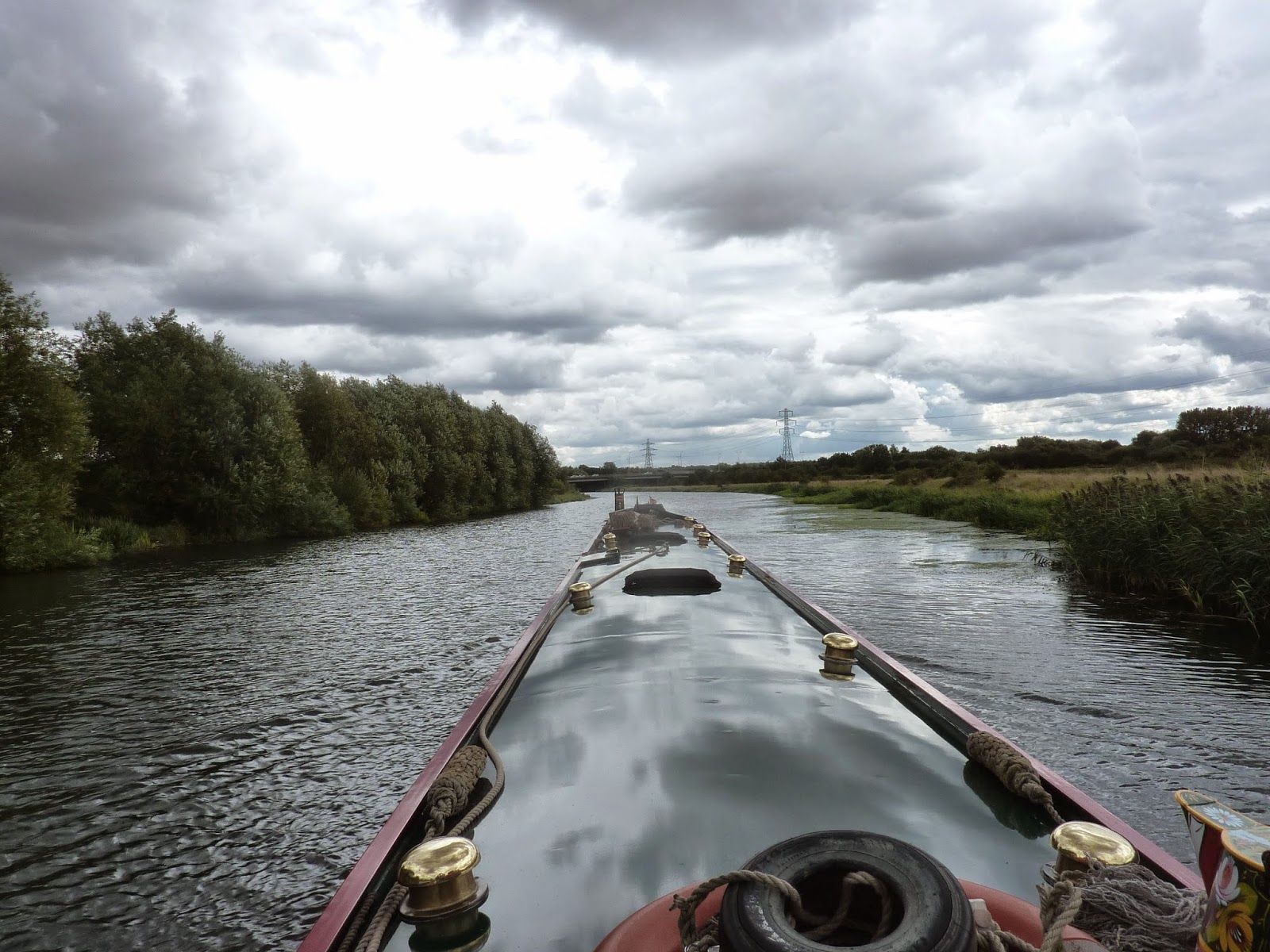 As we got out of Northampton it just got better and better, even thought the lock moorings were very tricky and more paintwork will be required. 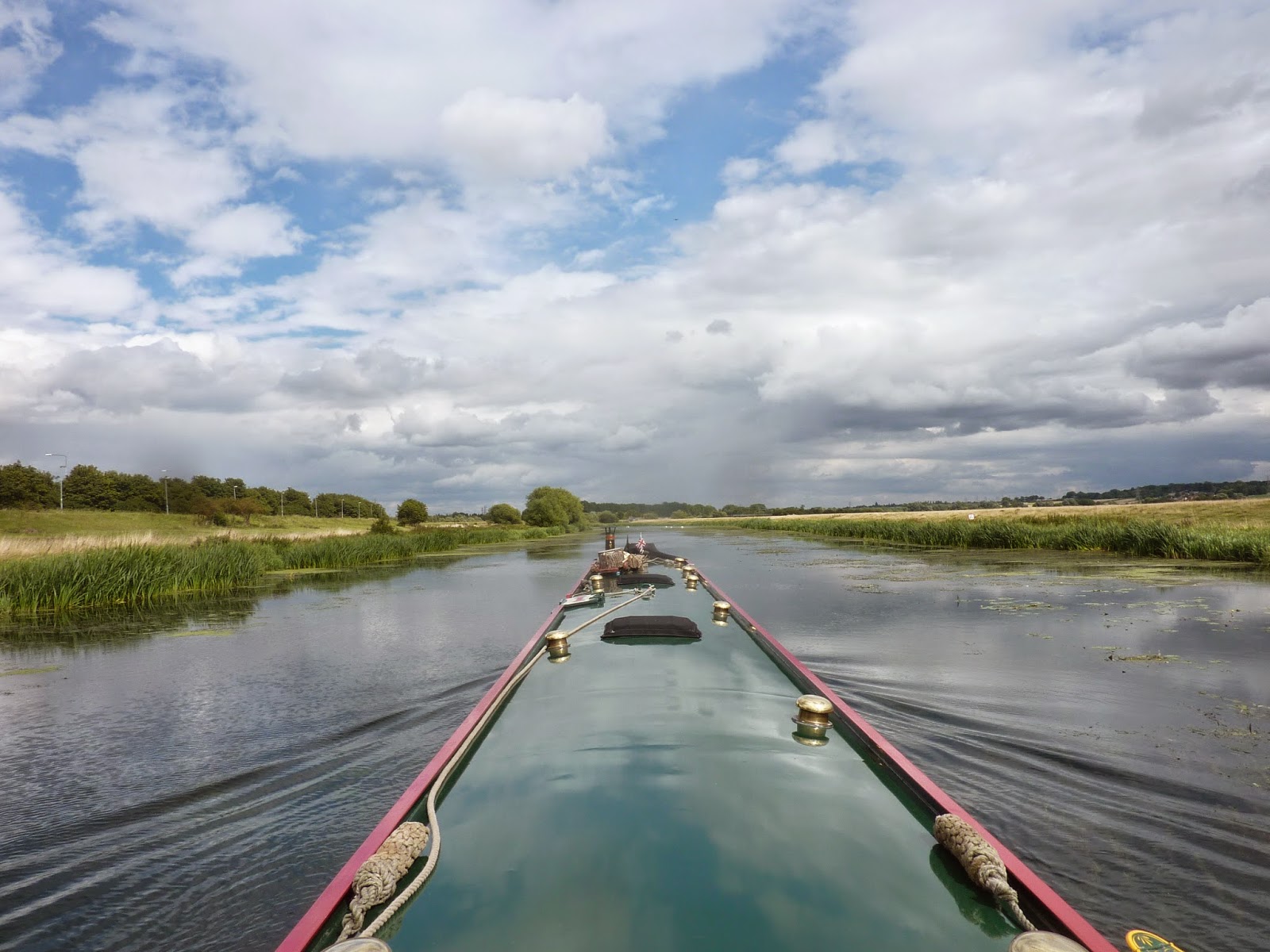 We soon got to our first guillotine lock and when you first see them they look a bit daunting, but you needn't worry as they are easier than you think, and electric with automatic opening. As you pass Northampton cruising club it gets quiet quaint, as the Nene twist and turns through the bushes on its way to Billings. Here they were still packing up after an American car and hot-rod weekend where Country and Rock and Roll were played on the live stage. We just managed to spot one of the cars as we passed. 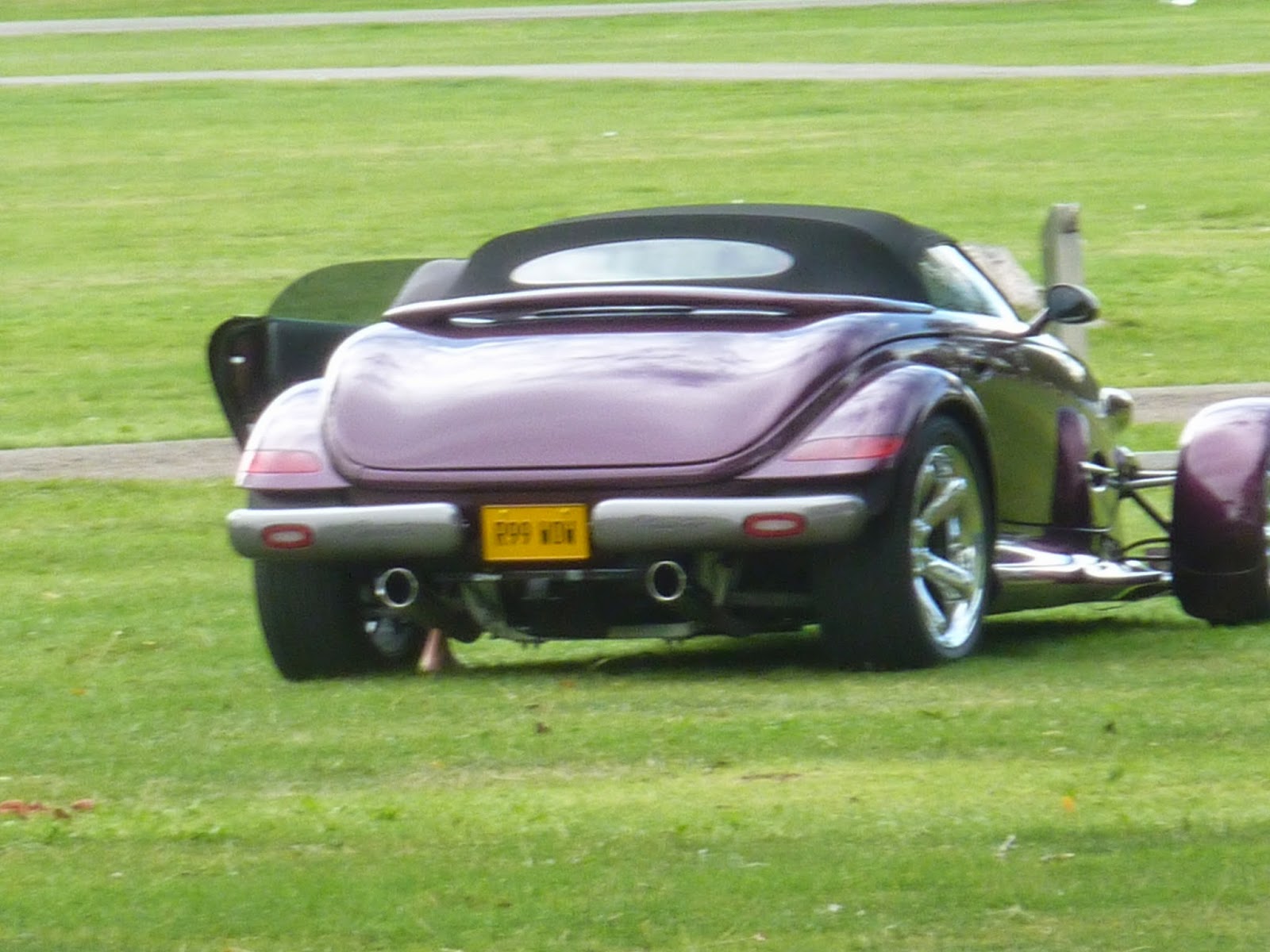 Things got really pretty and we decided to moor up. 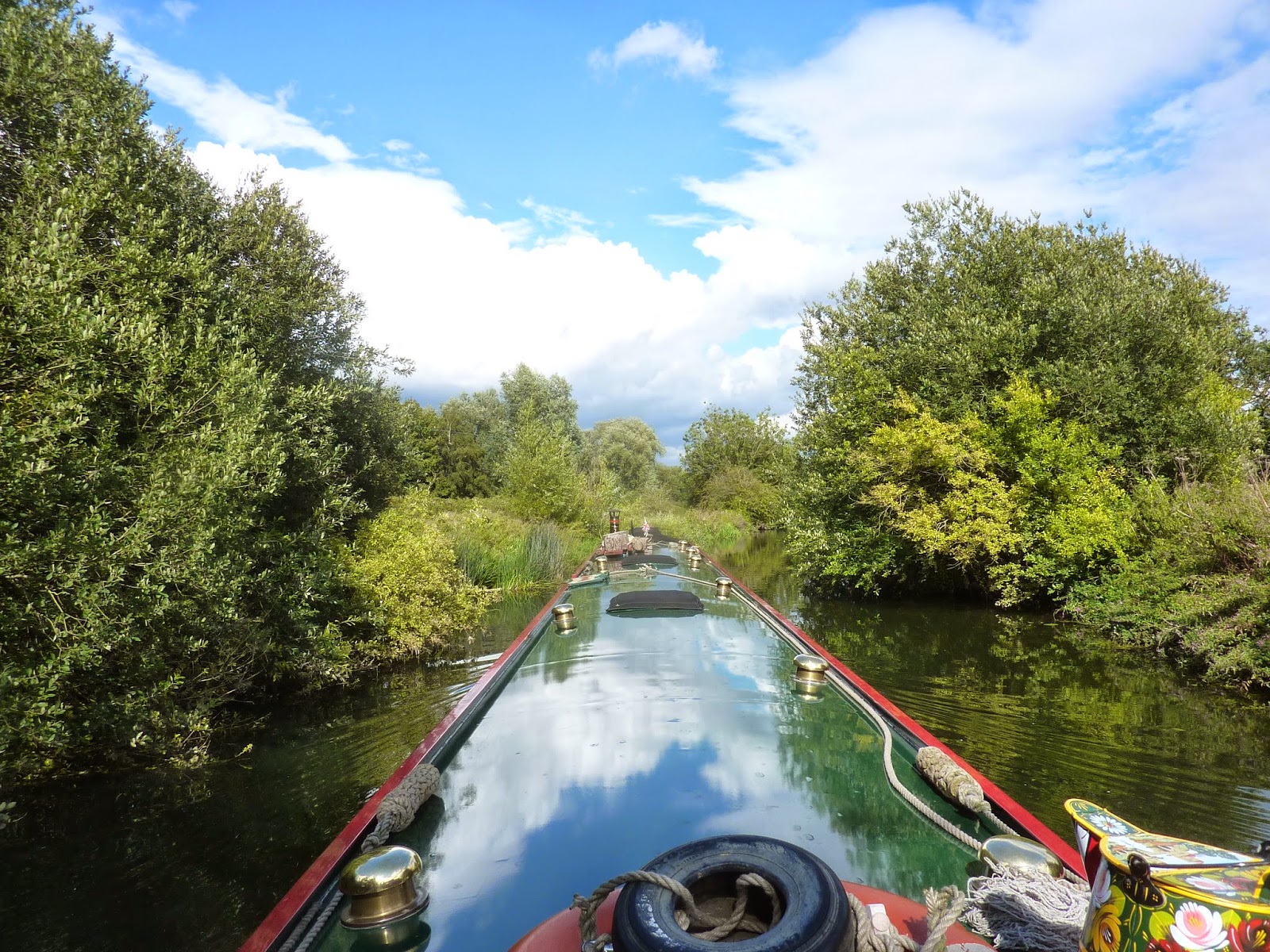 Sue and Vic on n.b No Problem had given us a tip on mooring here as it has signs up saying "Private property, no Mooring", but we took their advice and moored there. 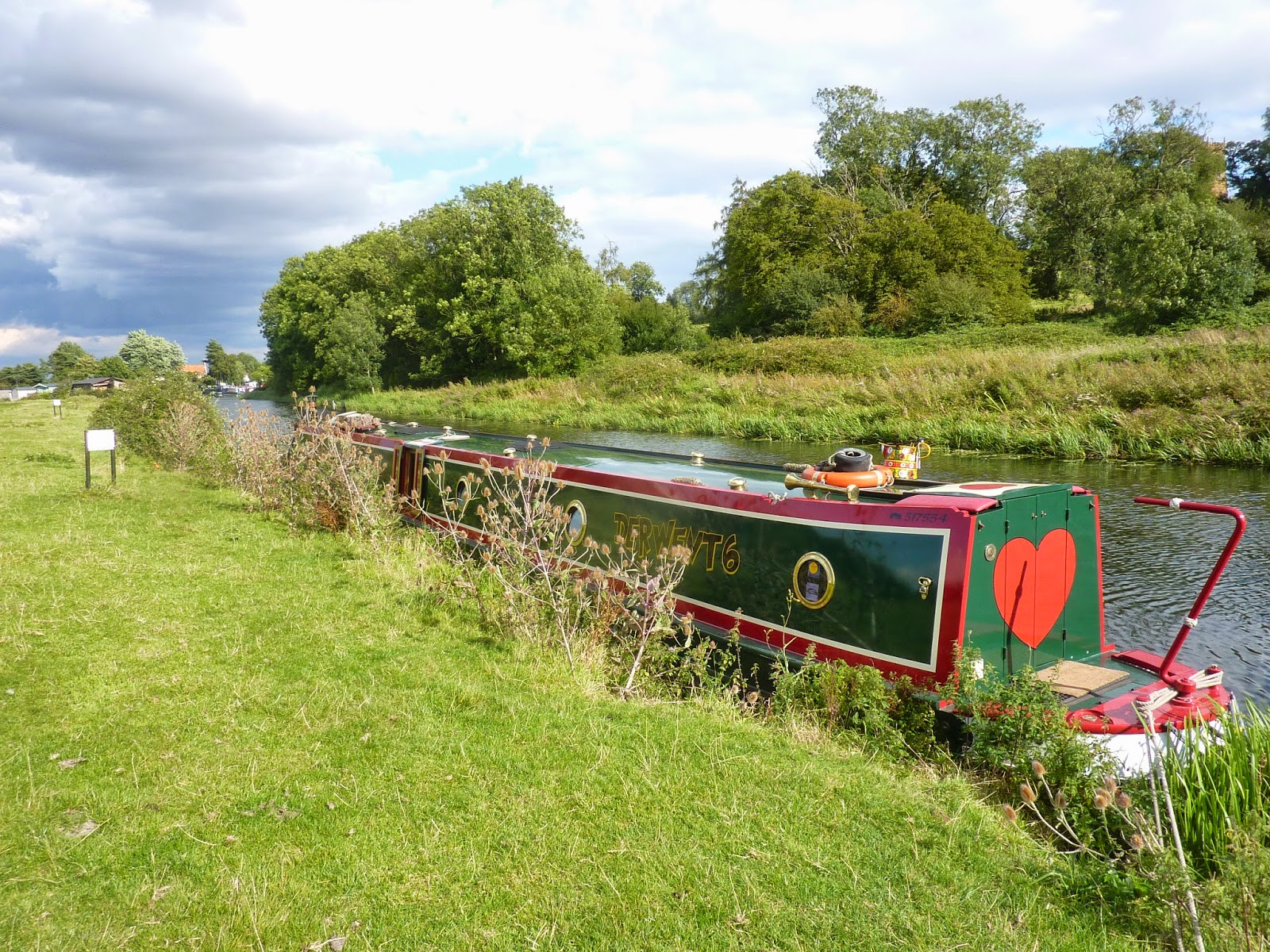 It is a lovely mooring, but we thought we had better go and see the caravan site to check we were ok.. The reception and shop were closed for the day, so no luck there, but we tried.. 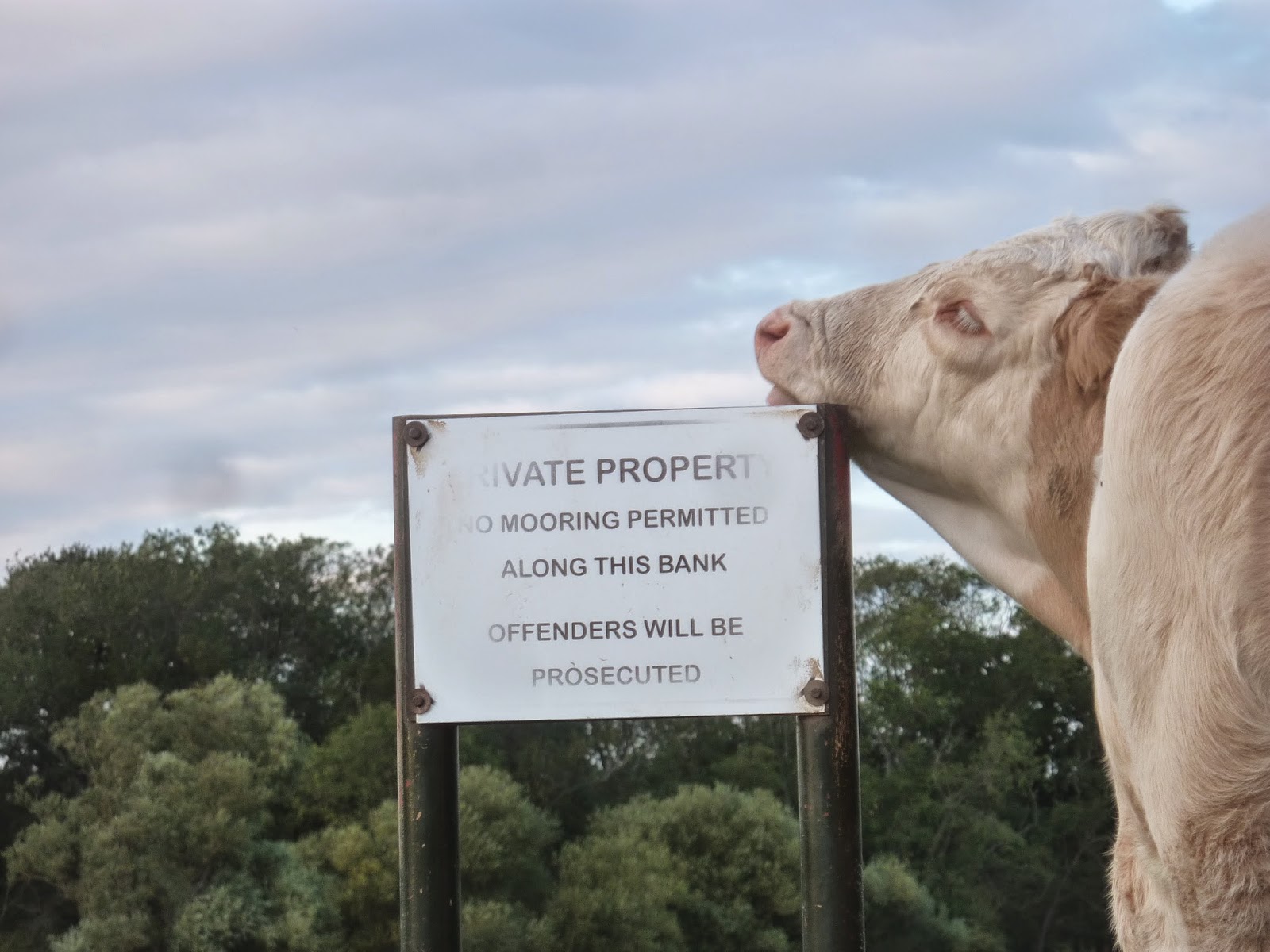 So Del and Al are in the peace and quiet of the countryside again, and all on our own, just the church bells practice in the background, and the cows joining us, we love this life..
Posted by Del and Al at 11:15 AM