Comforting with friends and family

We were up early as Al had to meet her Dad for the results of his last scan.. She got on the train at 9.00am and went to Kings at Denmark Hill and Del went down later in the afternoon to meet them in Kent. The news was still not brilliant and it means more treatment is needed for the tumours he has.
We stayed with him that night.
In the morning Del had to go to the dentist and sort out a broken tooth he had from eating some chilly popcorn. We are now £135.00 lighter so our diesel tank will be empty for another month.
We then had a special guest turn up. 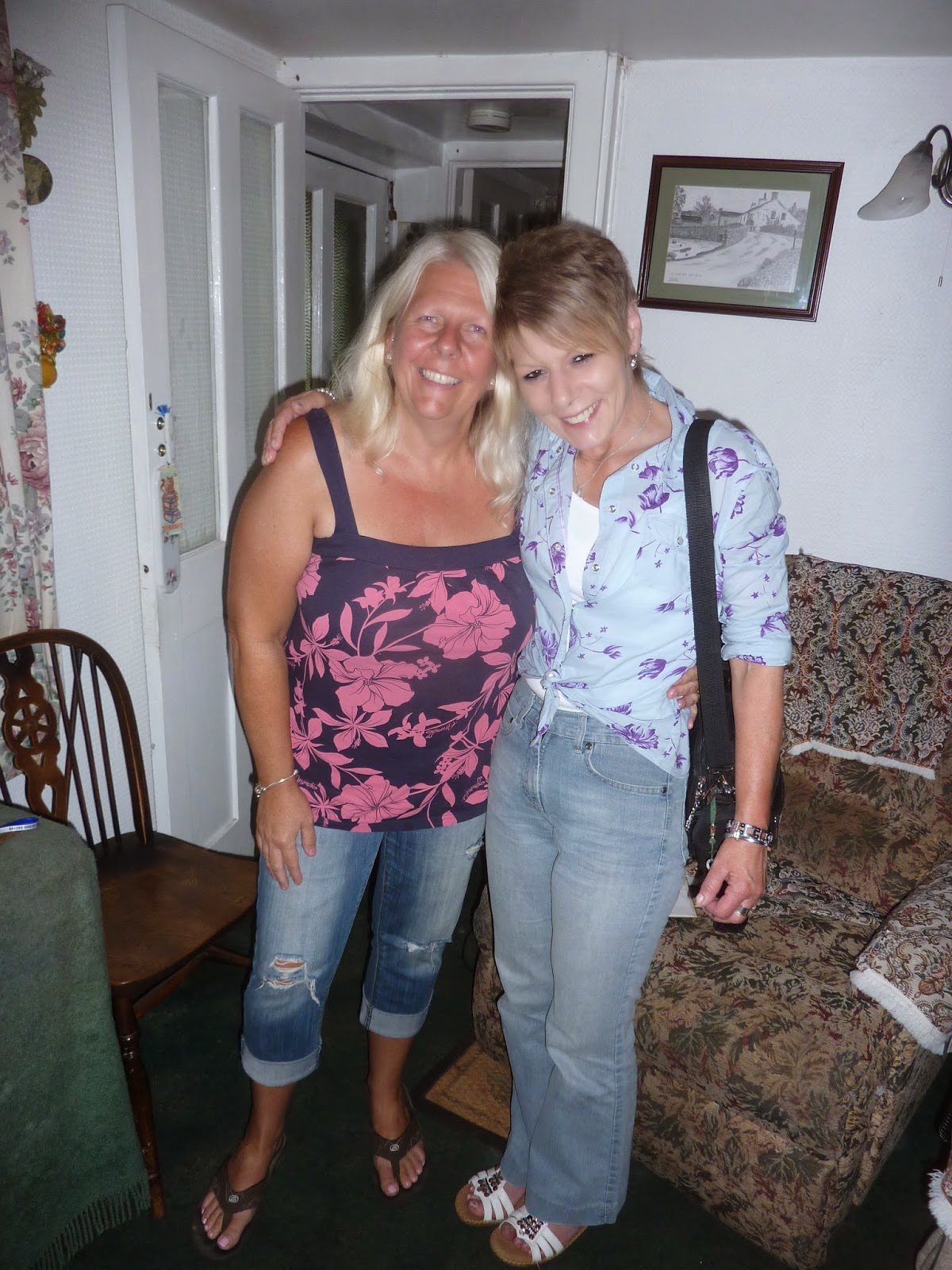 A girlfriend of Al's Chrissie arrived, who she has been friends with since the age of four and Chrissie used to spend more time round Al's Mum and Dad's then her own. Chrissie had come back from Wales to visit her Mum Beryl, and she wanted to see Pam & Alf, their house and the village where they both used to play for hours on end. 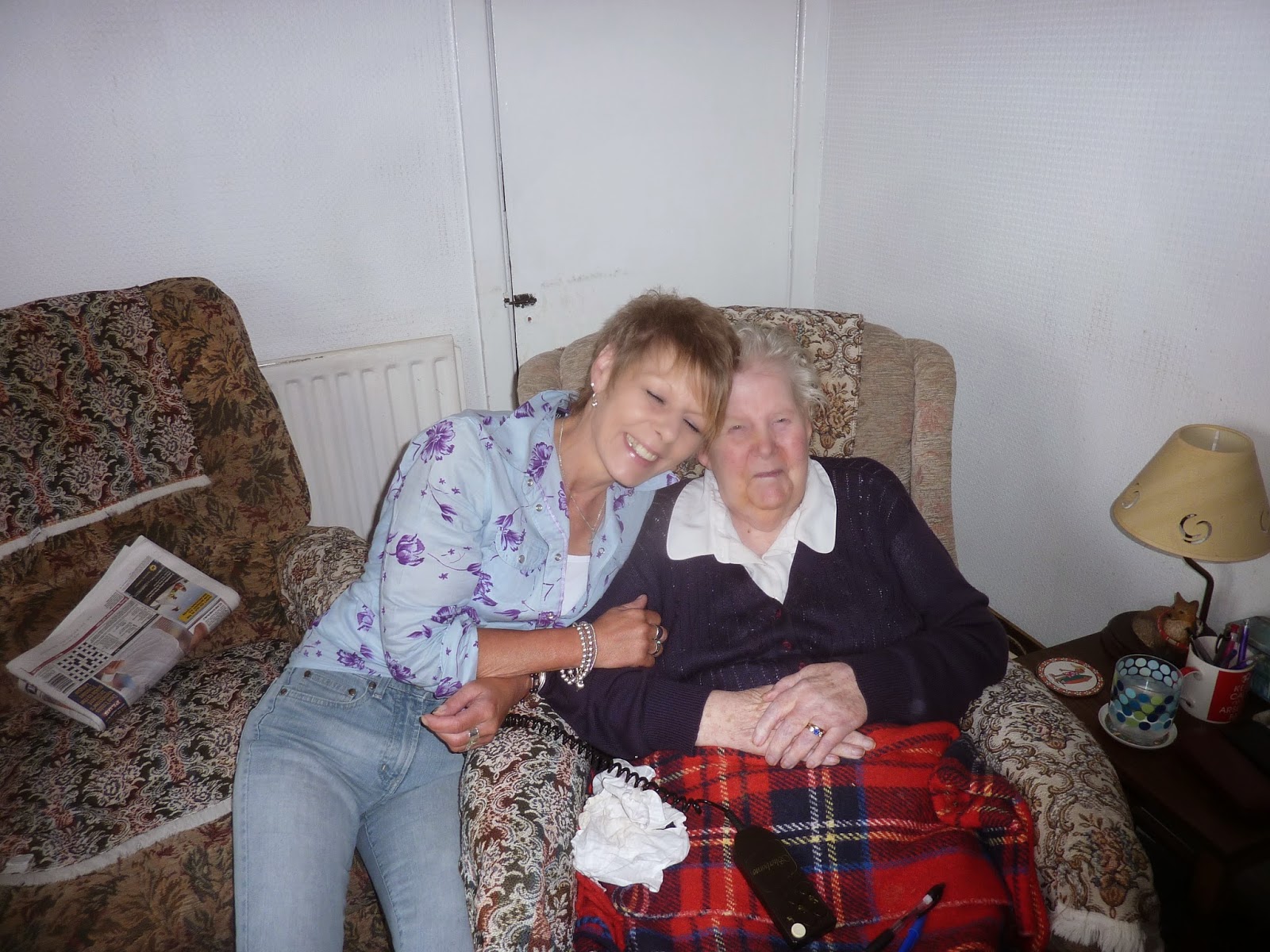 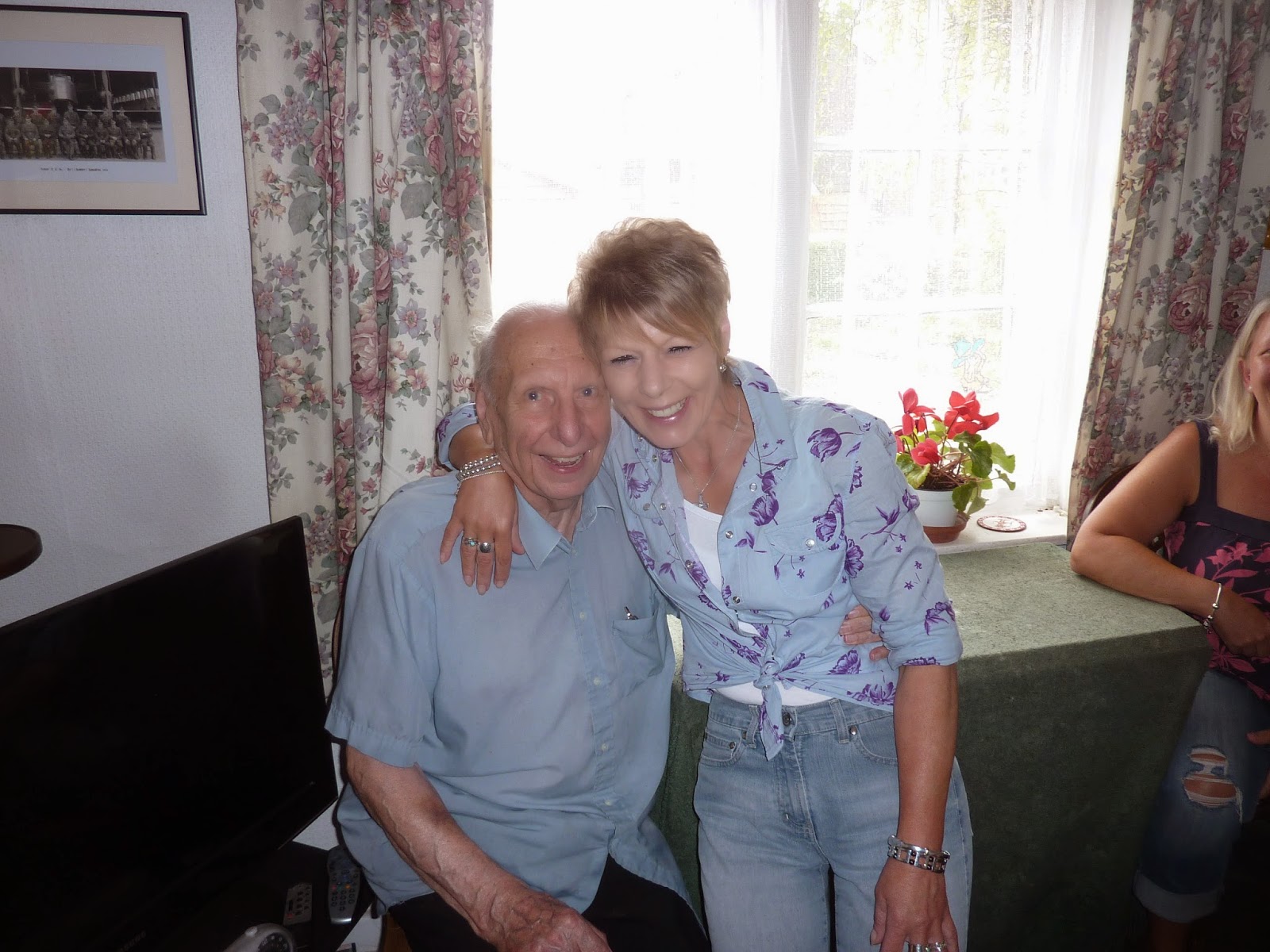 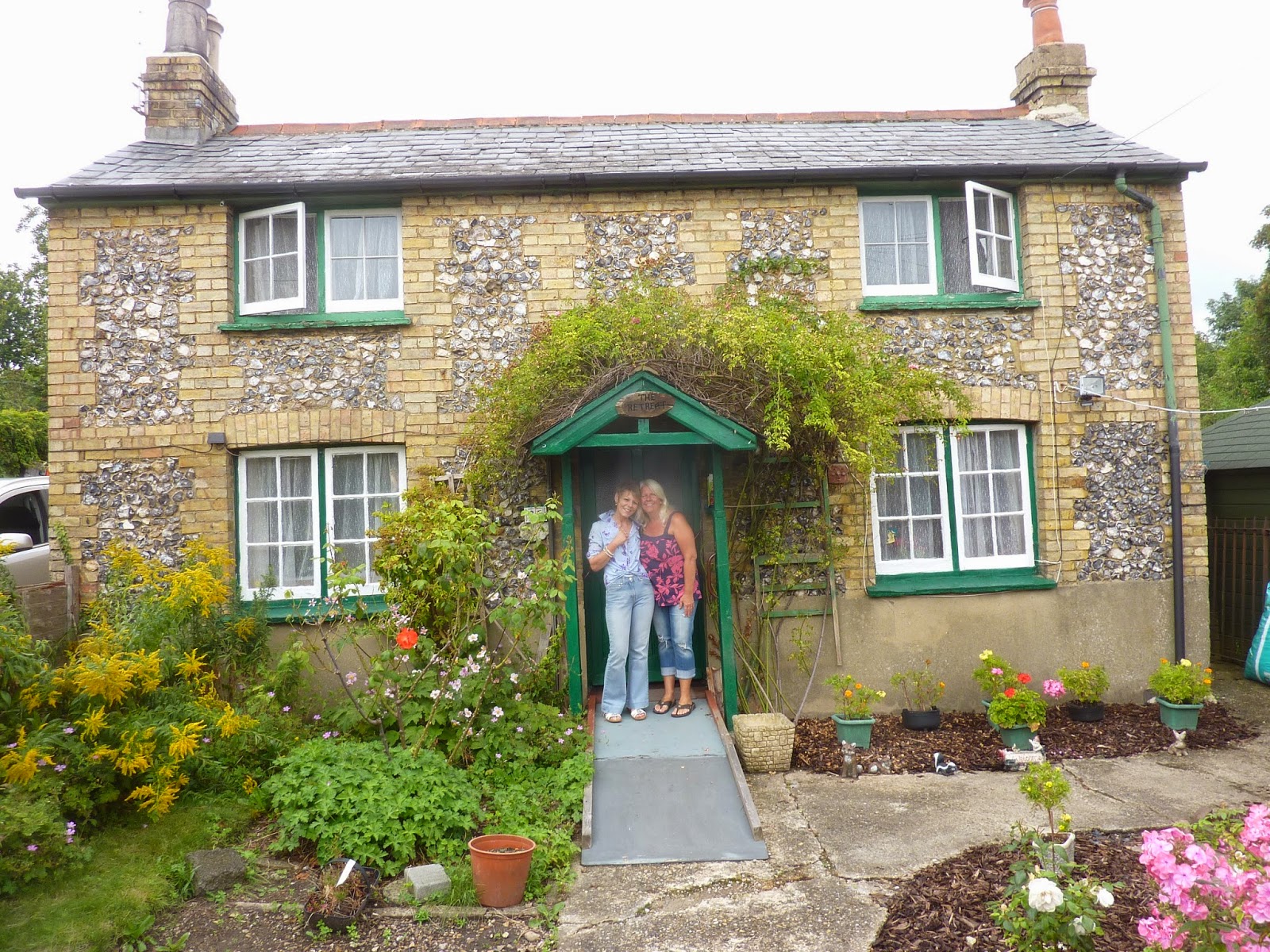 As you can imagine loads of tears. They then walked round the village going to their old haunts and even reminiscing on the bridge by waving to the drivers. They ended up in Ye Ole George Inn pub with some eats and drinks. They walked back to the house and Chrissie then departed later at the station with more tears. Del did a few jobs for Pam and Alf while his tooth came back to planet earth and Al was away. We ended up staying the night again.
The following day Alf was having a new back door fitted and we were up early again clearing the kitchen for it.. It was time for more jobs to be done around the house including the normal stuff like cutting the grass and cleaning the floors... In the afternoon we both went down to Terry and Ron's (Del's stepmum) as they were throwing a BBQ for us. 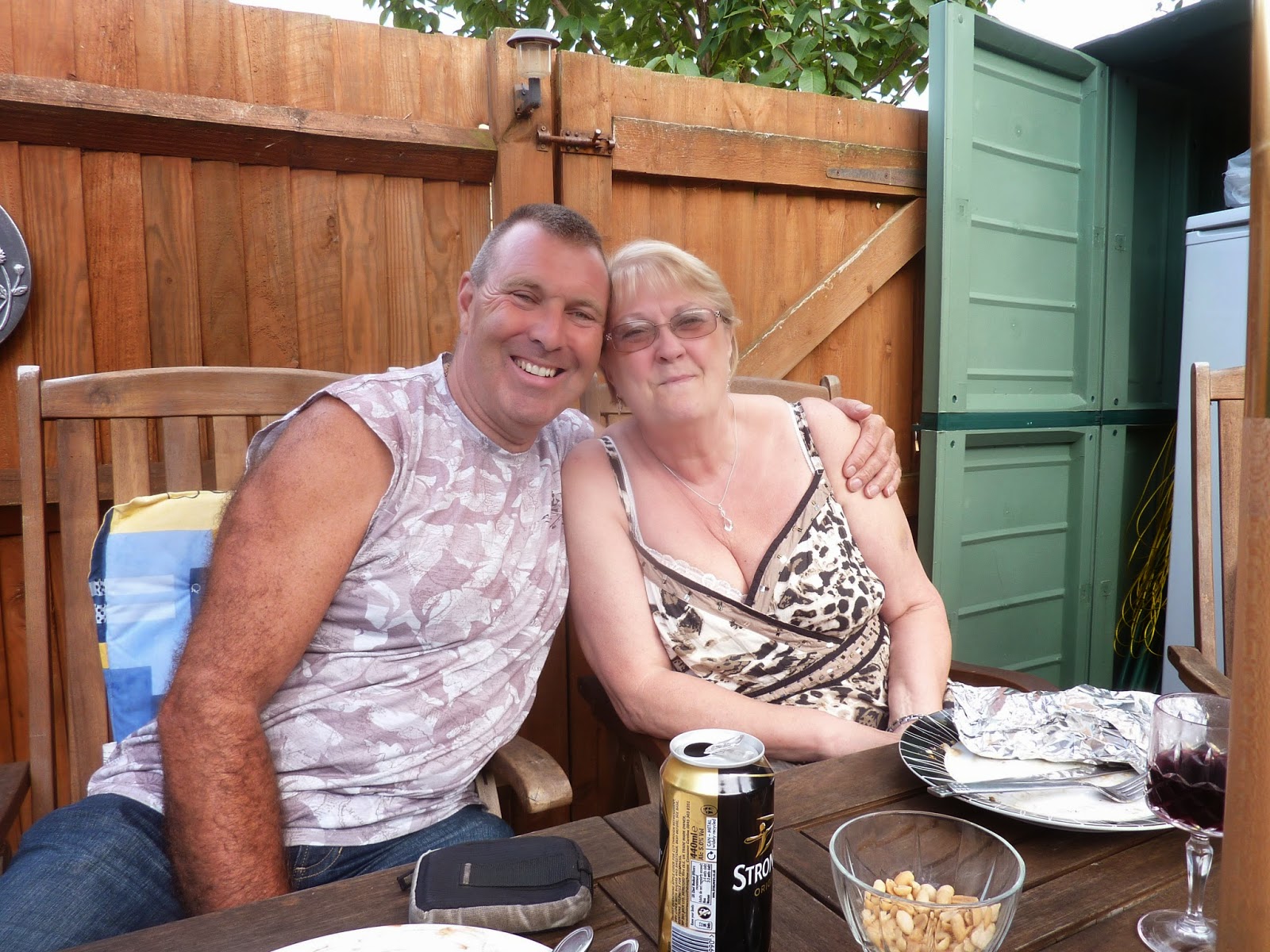 We were lucky with the weather as it had rained on the Friday and it didn't sound good for the Sunday. 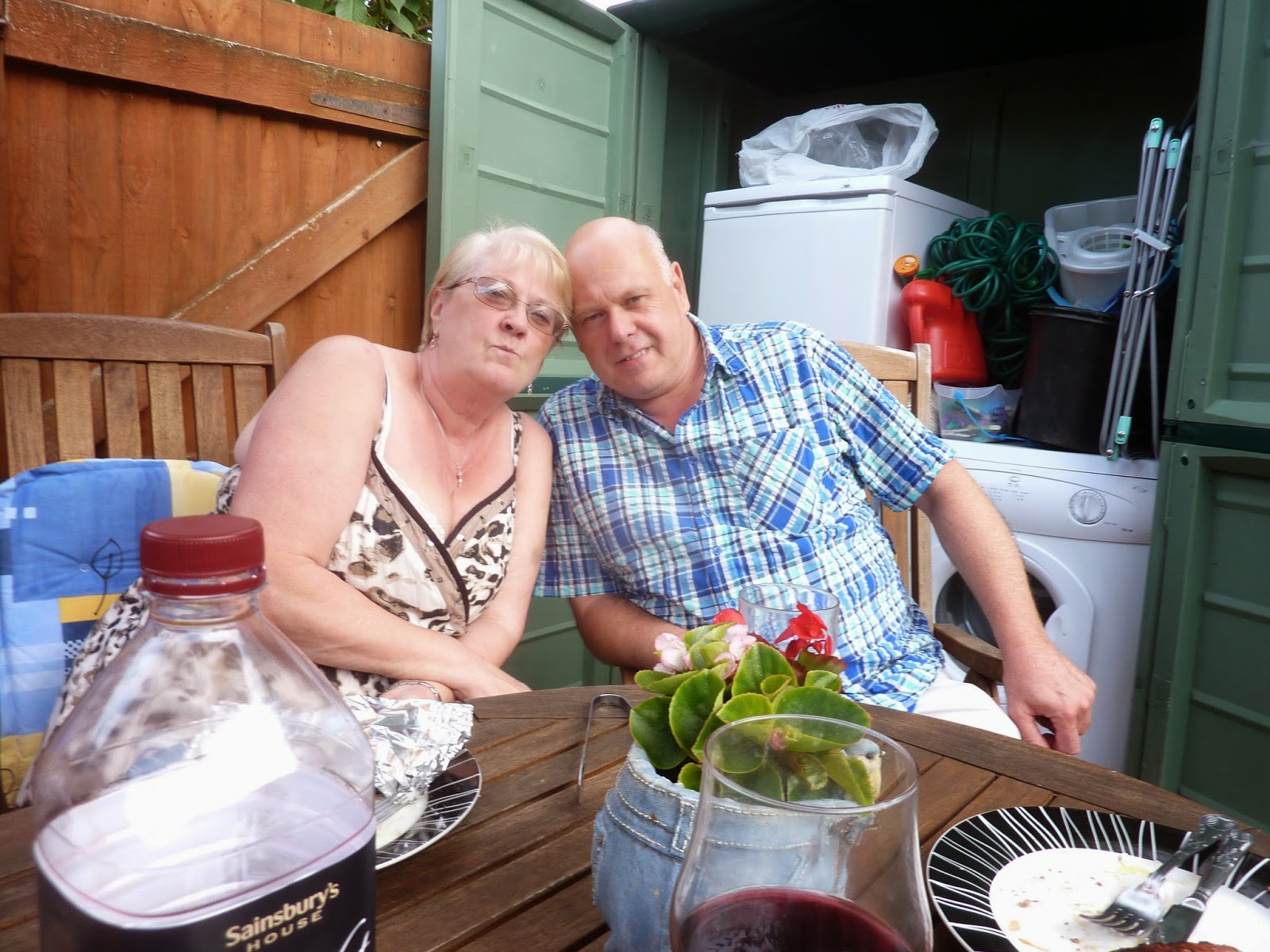 They had a few friends going and it was nice to catch up with everyone... The food was fantastic..... 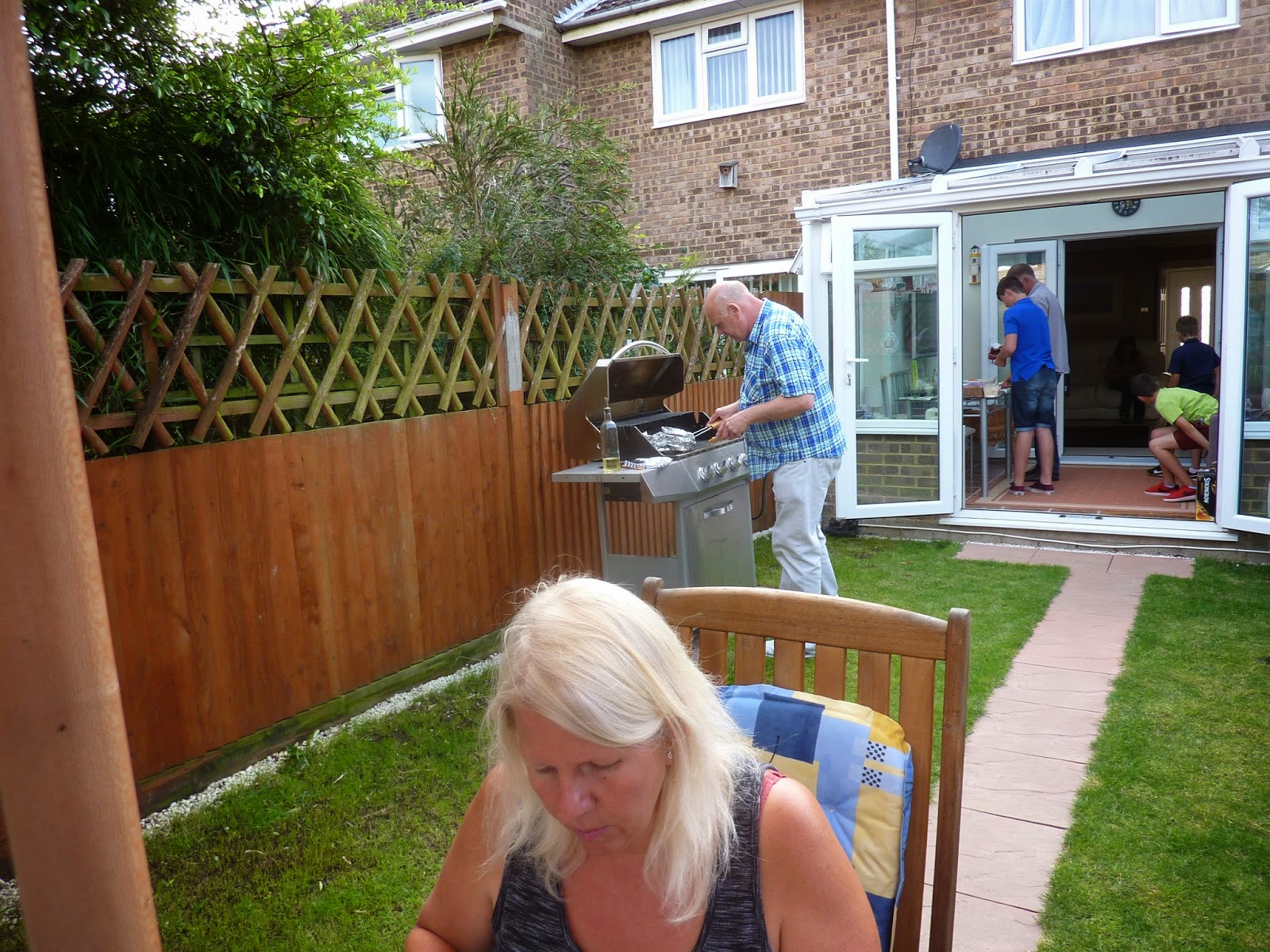 We stayed with them that night and got to bed at 2.00am..
In the morning the weather man was right and it poured down with thunder and lightening. Mmmmm good planning we all thought.. After some breakfast we left and drove back to Al's Mum and Dad's before Del set off to come back to Derwent6 and Al stayed for another doctor's appointment for her Dad. Thanks guys for another lovely weekend it is so nice to have the time to do all this..
Posted by Del and Al at 10:13 AM

Sorry to hear the news about your dad's ongoing health issues Al. It is brill that you are visiting as much as possible and helping out wherever you can. Your trip down memory lane with your childhood friend sounds wonderful! Take care of yourself darlin' and perhaps we four will actually meet up one of these days for longer than mid-canal hovering!
Hugs to you and Del,
JaqX