We were up and about this morning as we planned a busy day. Del cleaned up Derwent6 on the outside and Al sorted the inside. We set off at 11.00am and did two locks before we moored at Apsley where we waited for some friends to arrive at the marina.. 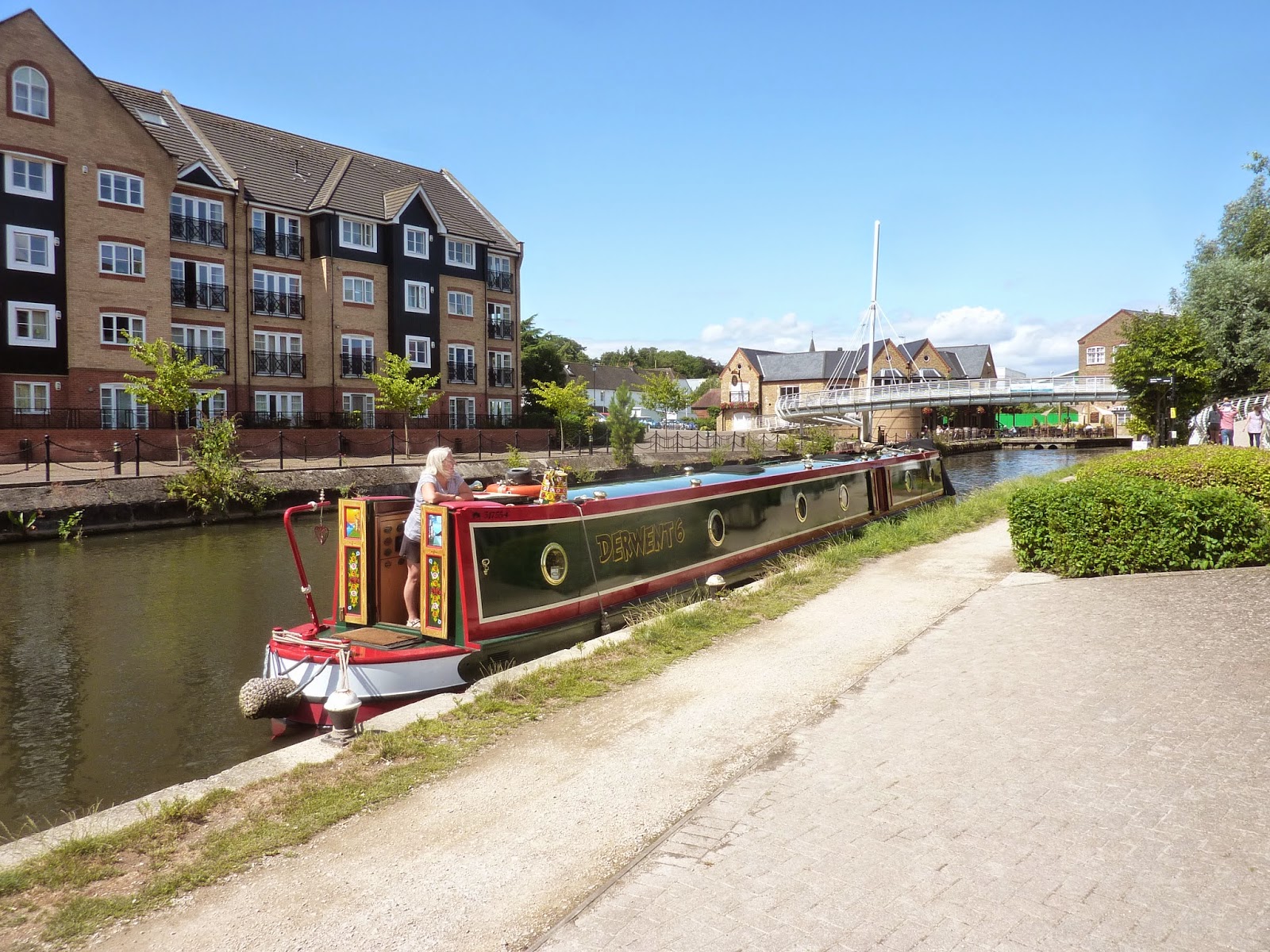 At 1.00pm we got a knock on the boat and sure enough Mark and Sian on n.b. Utopian had greeted us, it was lovely to see them. They got their stuff loaded onto their boat (mainly beer and wine) and we set off through the first lock. 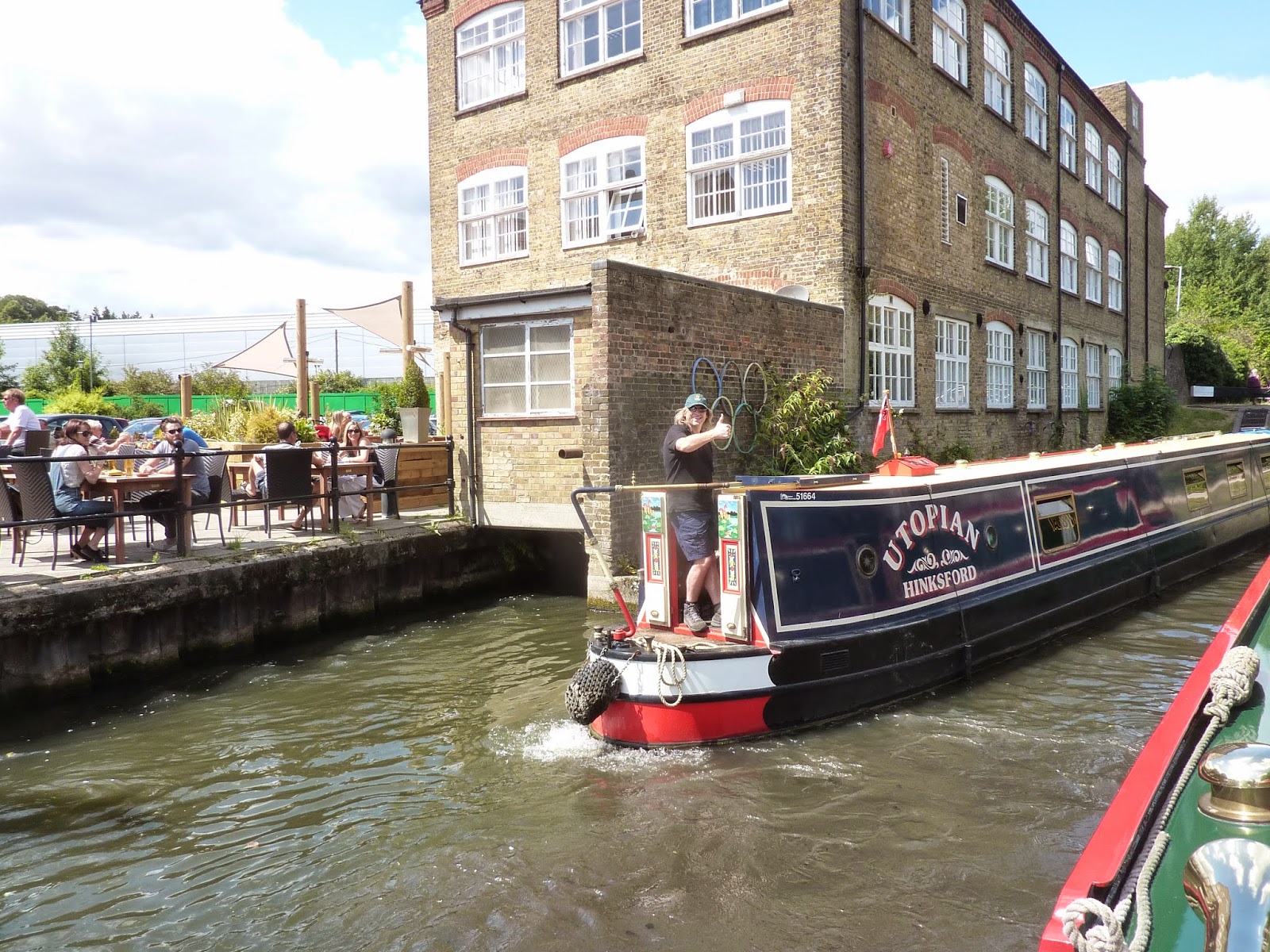 We went side by side having a good chat and catch up but Mark was on a mission on their two week trip out and had it all planned on a laminated sheet of A4, "fine" we said and we just tagged along. 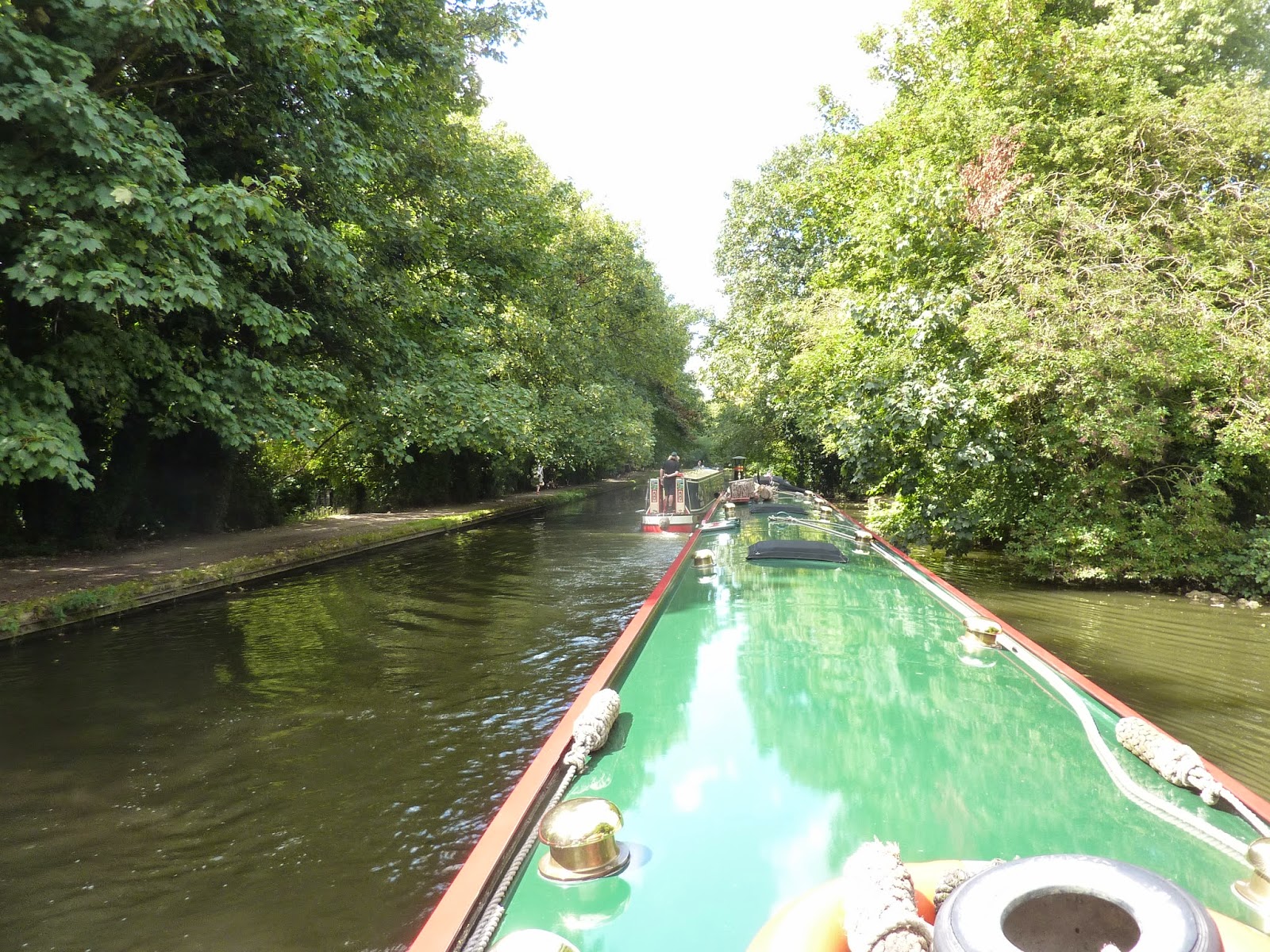 We got through Hemel Hempstead even though it was very weedy in places. 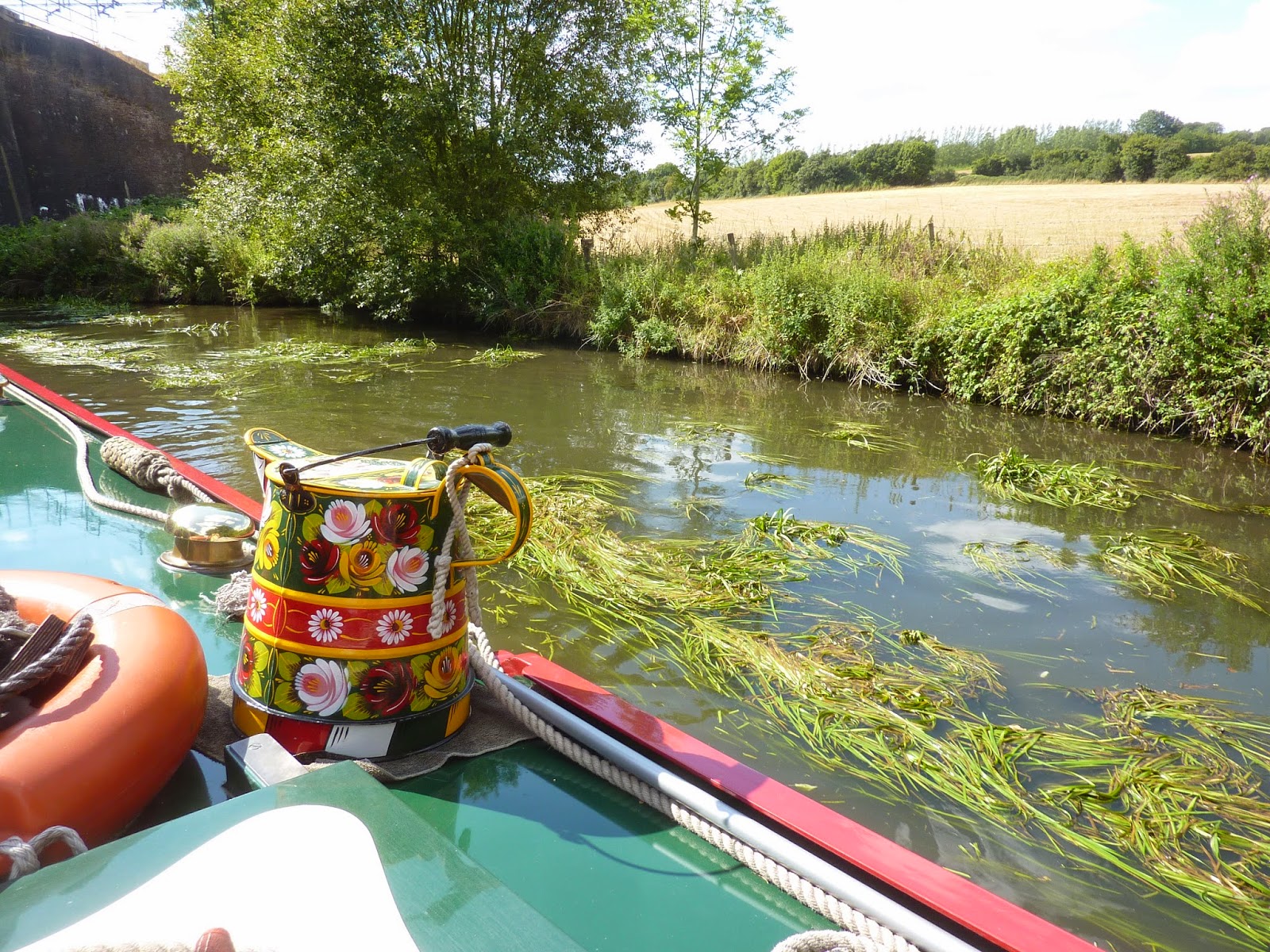 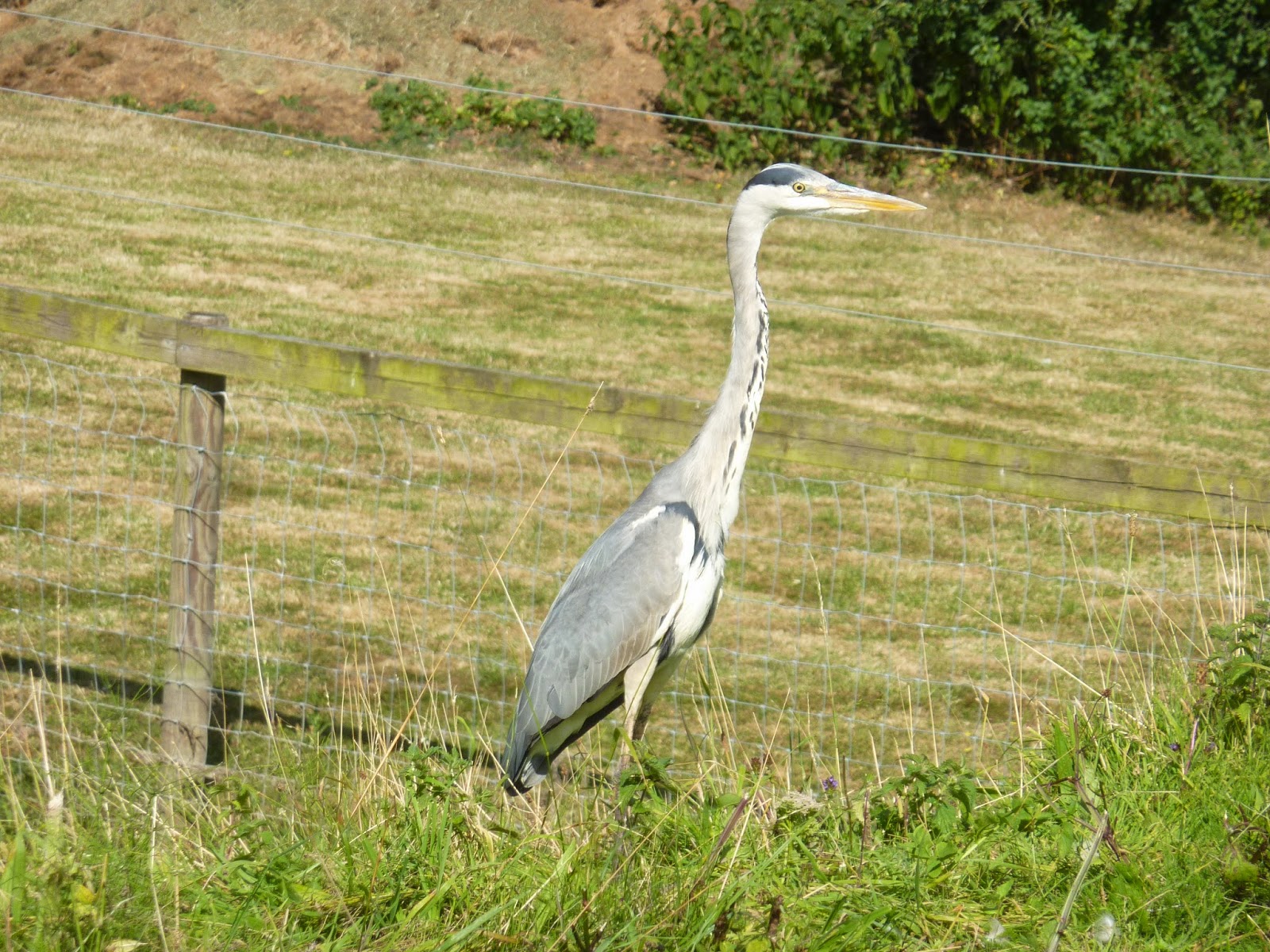 With the girls doing the locks and the boys on the tiller we were making good progress even though Mark had a few problems, but we managed to get to Winkwell in good time.. We were opening the swing bridge when a familiar head poked round the corner, it was George and Carol from w.b Still Rocking, they had moored outside the Three Horseshoes pub and were begging us to come in, it was so tempting. 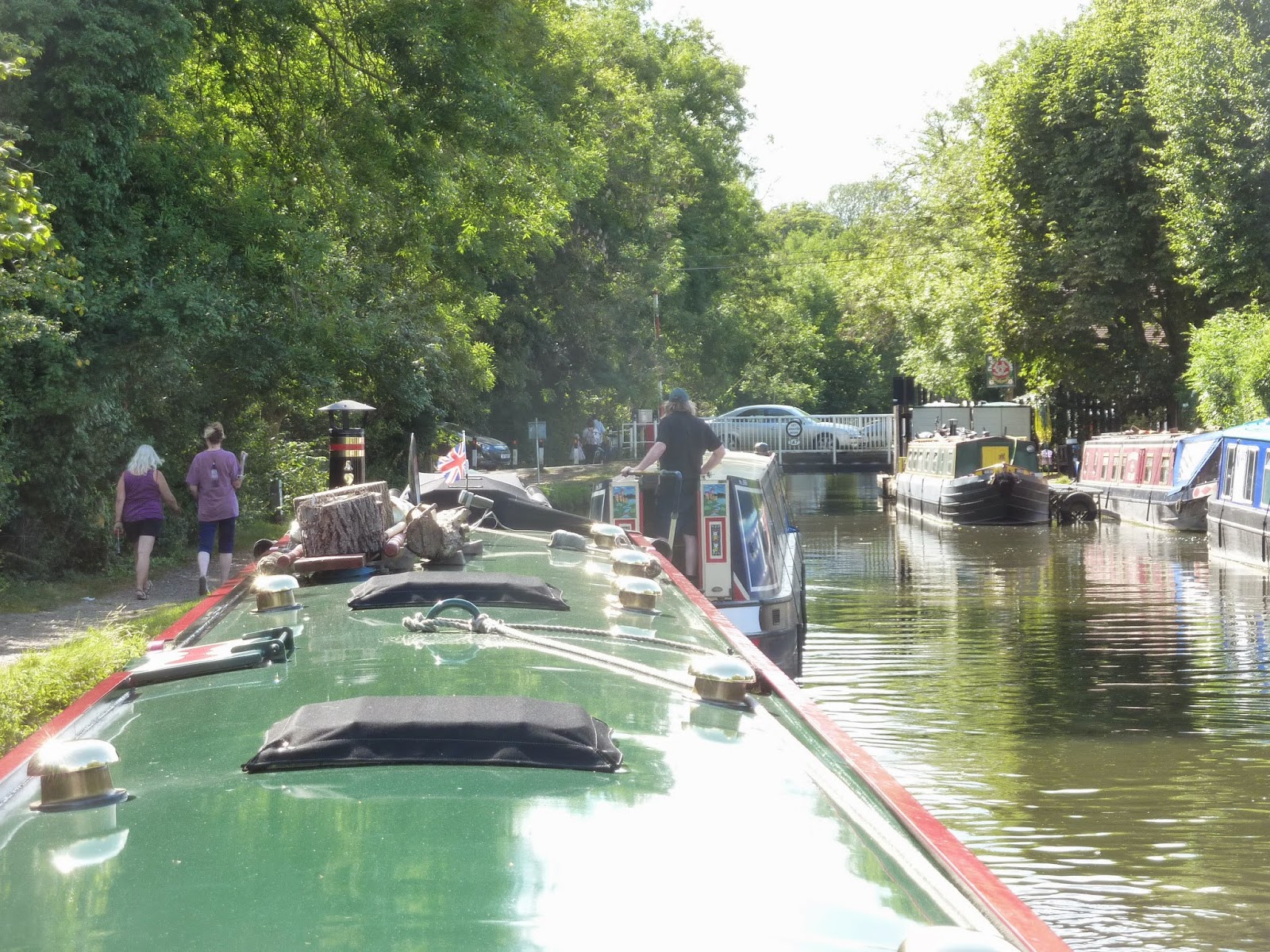 They had been going since 4.00am and we had a mission with Mark and Sian, so we had to have a quick chat and get going, promising to get together later in the year. Your boat looks fantastic guys! 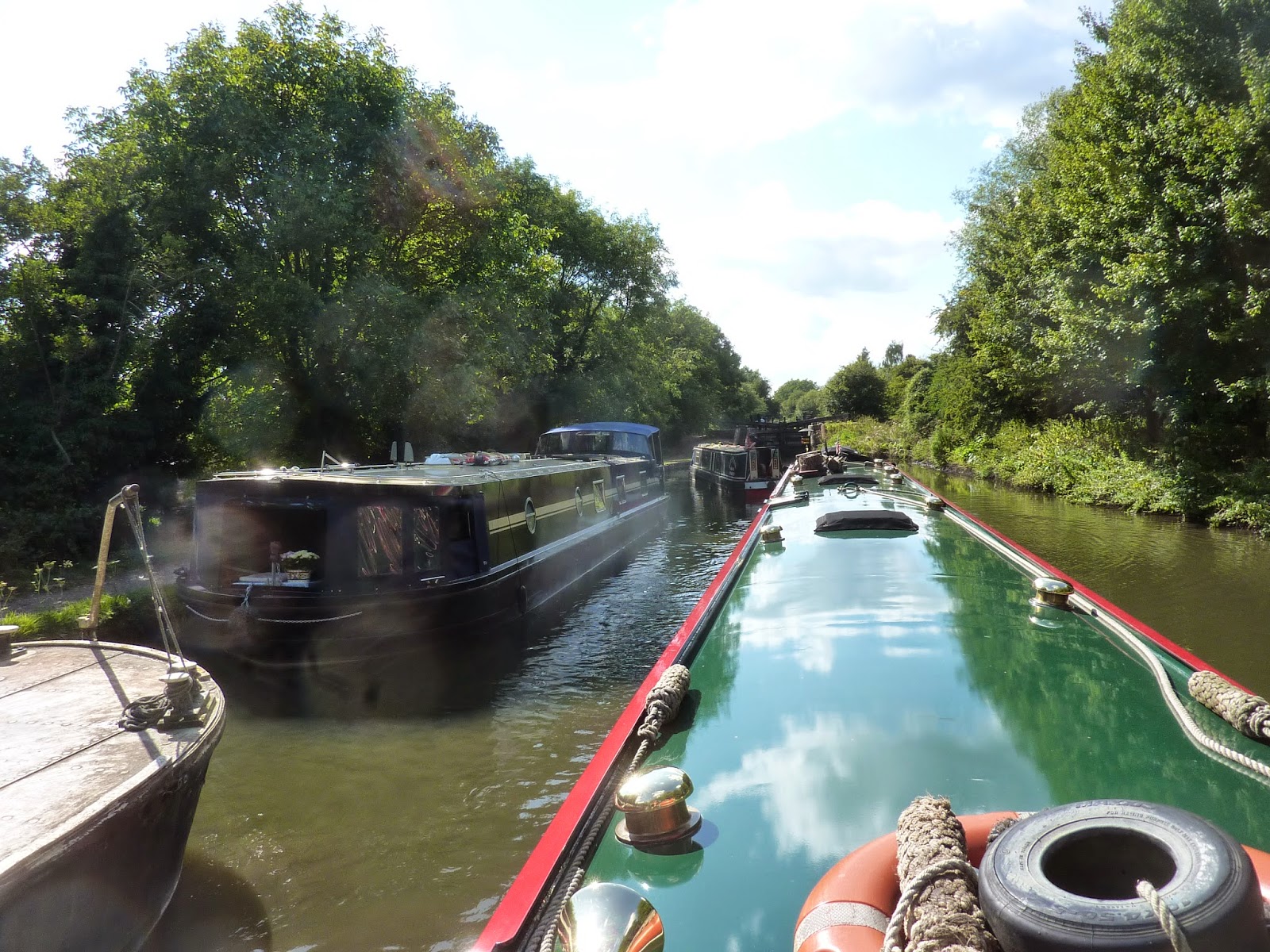 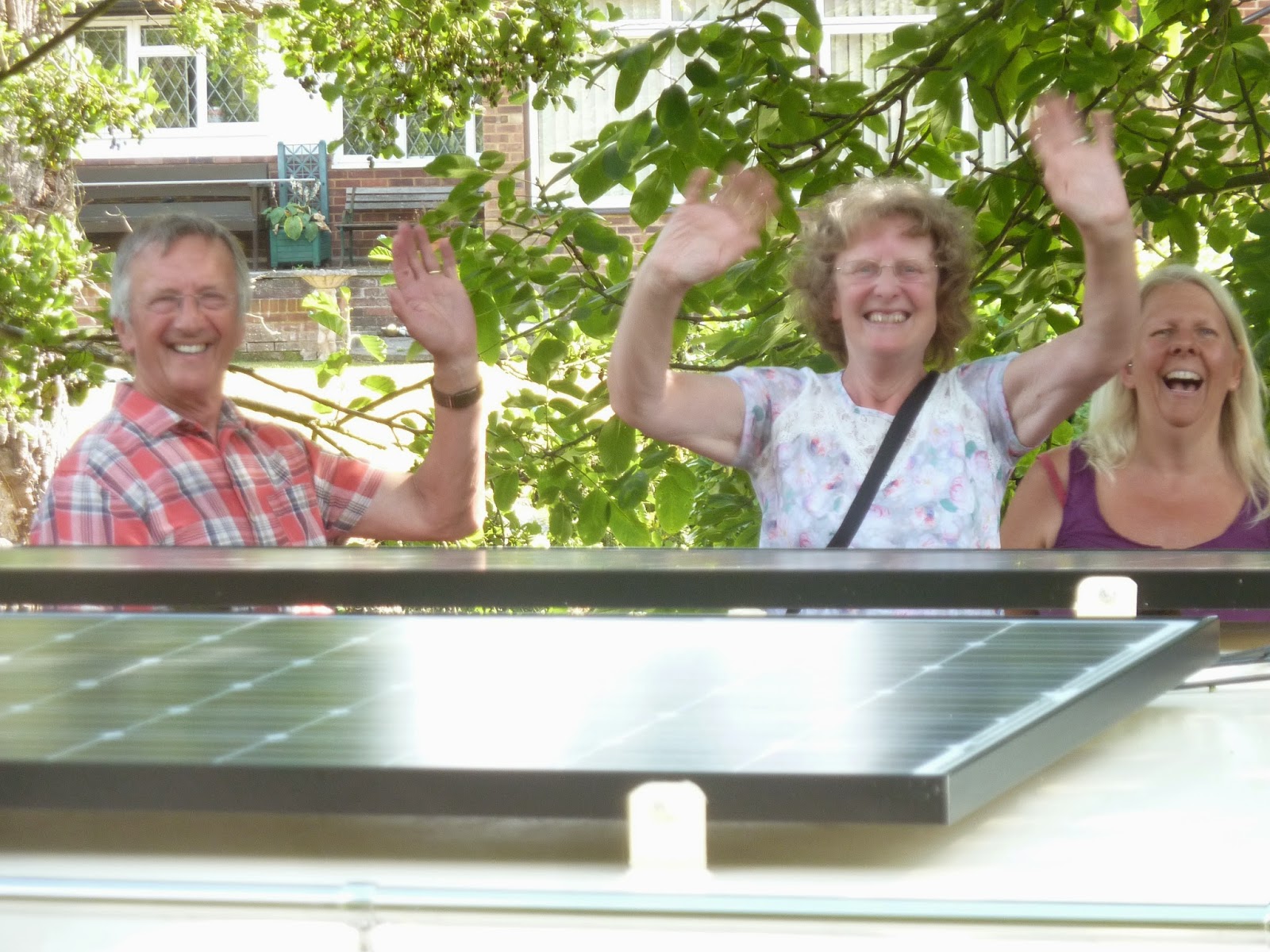 We were then joined by Sian's sister Tina and her husband Toby, and we got through the next few locks with ease as we headed to Berkhampsted and ended up mooring up outside The Rising Sun pub. 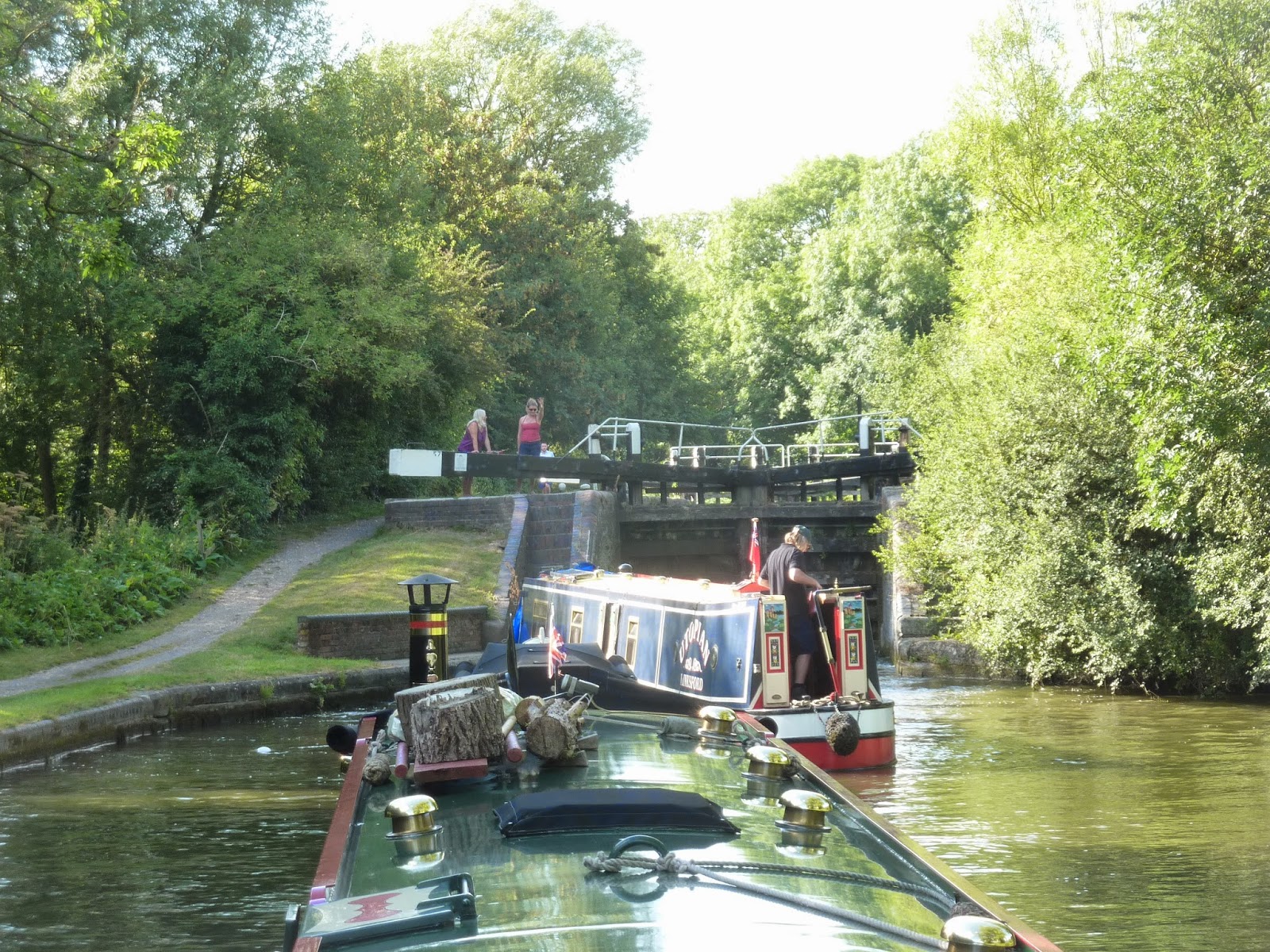 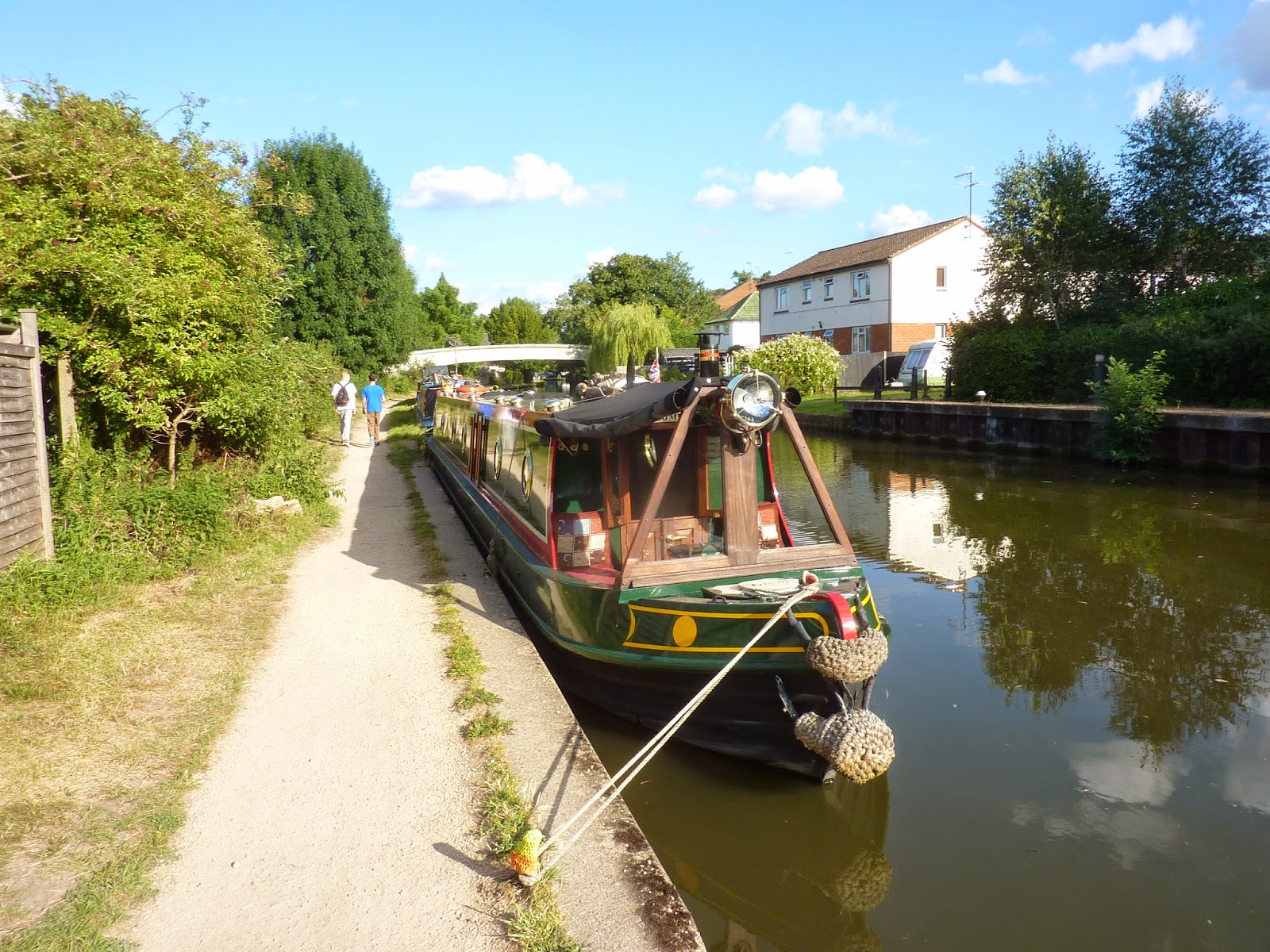 We had a quick change and were soon at the bar drinking their riser beer and after the day it went down a bit too well in the sunshine. 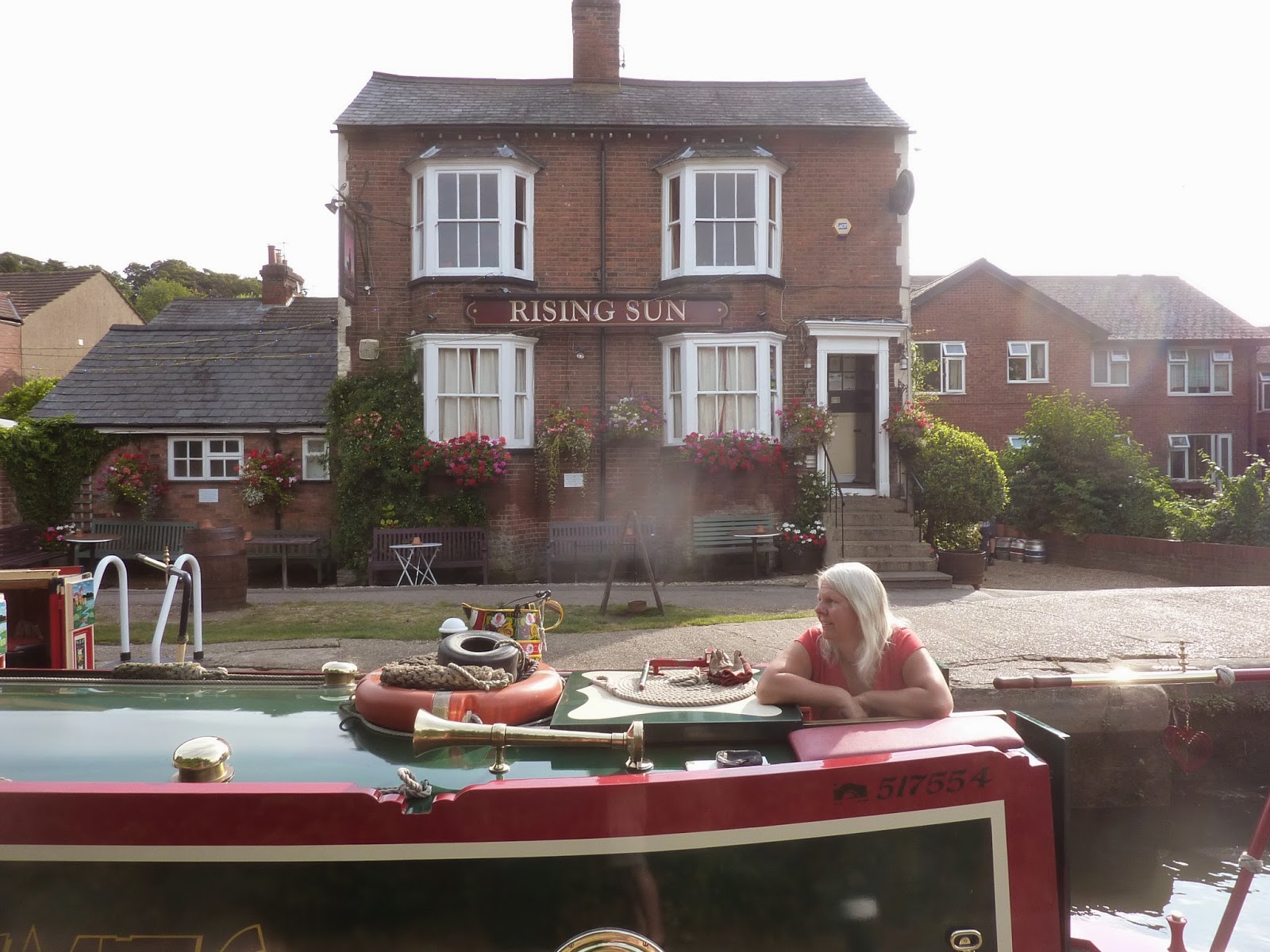 We decided to move up to the Boat pub just 200 metres up the canal and here it was more beers and something to eat. 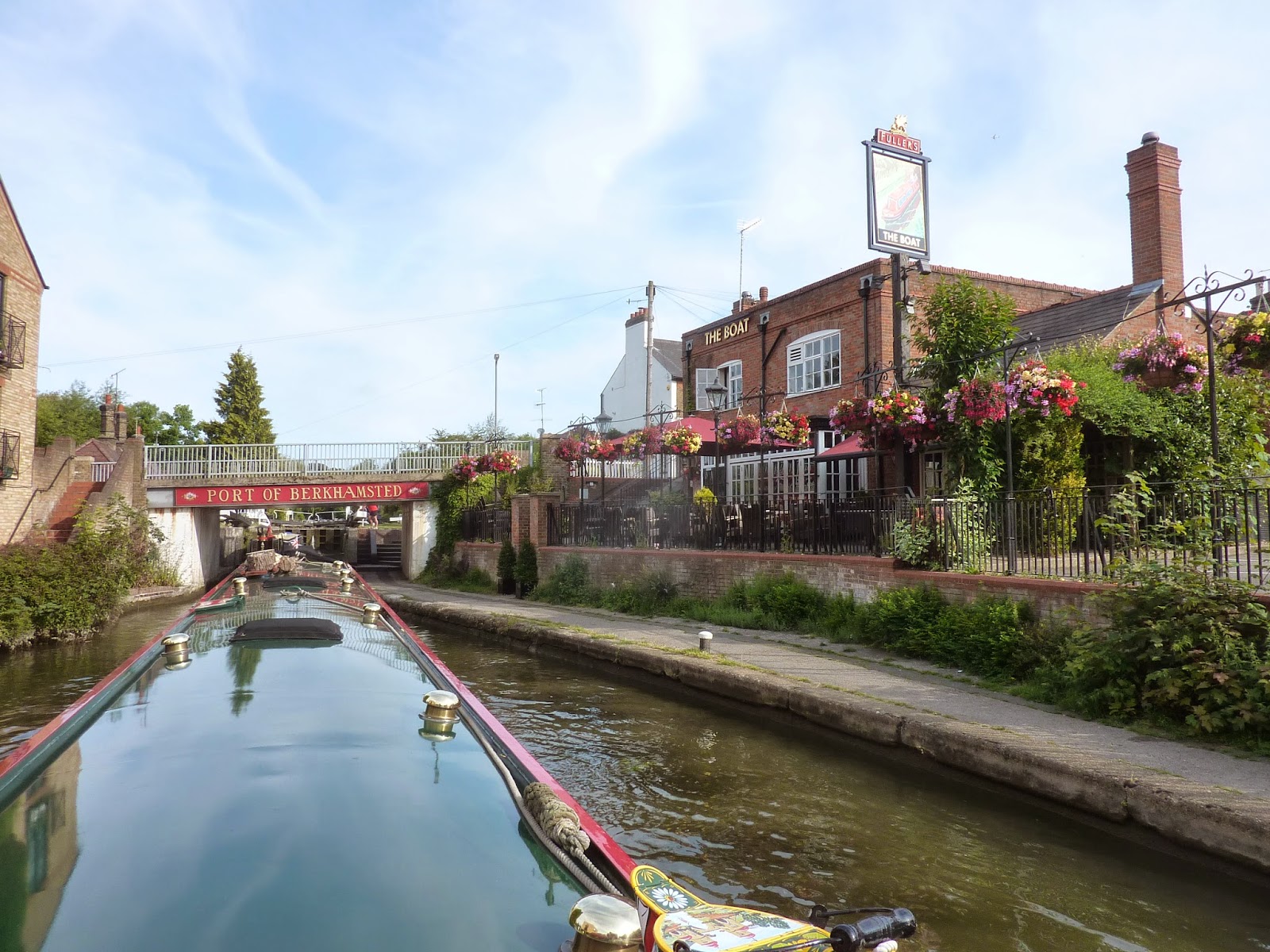 As we had to pass the Rising Sun on the way back it was rude not to have another in there. 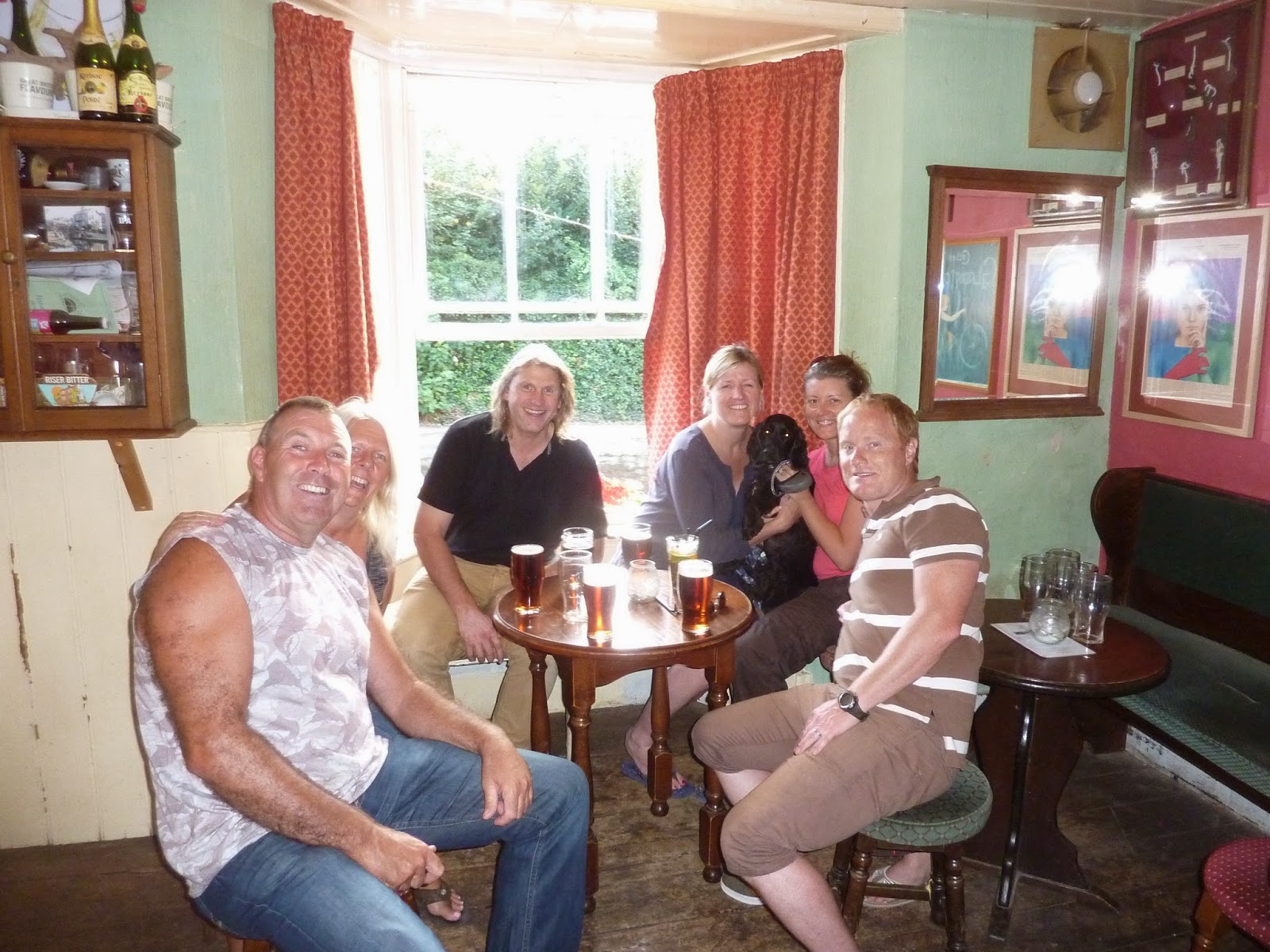 As it started to get chilly from our day in the sun, we then went back to Mark and Sian's boat for you guessed it more beers and wine.. We rolled out at midnight as we had a very, and I mean VERY! long day tomorrow. Watch this space!
Posted by Del and Al at 12:17 PM