Should we or shouldn't we

Del was up early and Al stayed in bed as Derwent6 cruised as the sunrise came up behind.. 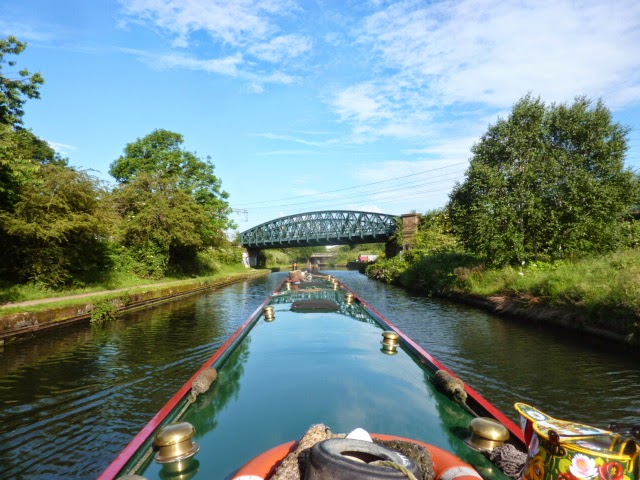 We had to take it very easy when we passed this boat off it's moorings but no harm done.. 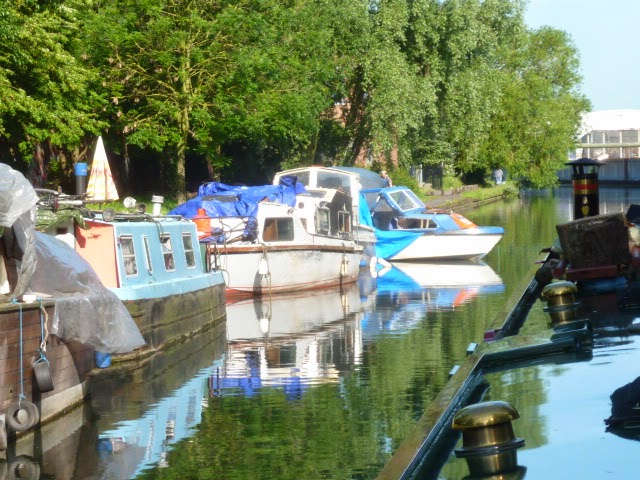 Al surfaced after we had gone passed Wembley. 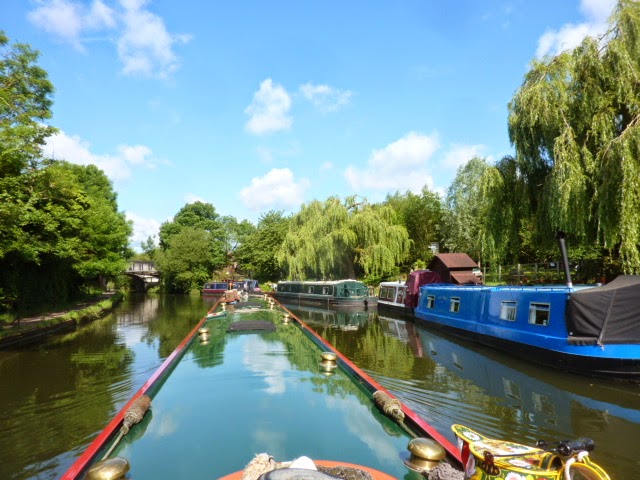 We were taking it easy when another boat came up behind us with a girl on the tiller in a bit of a hurry. Our normal thing is to slow down and make um wait, but we pulled over and waved her through, the speed she was going she must have been having a baby or something lol.... 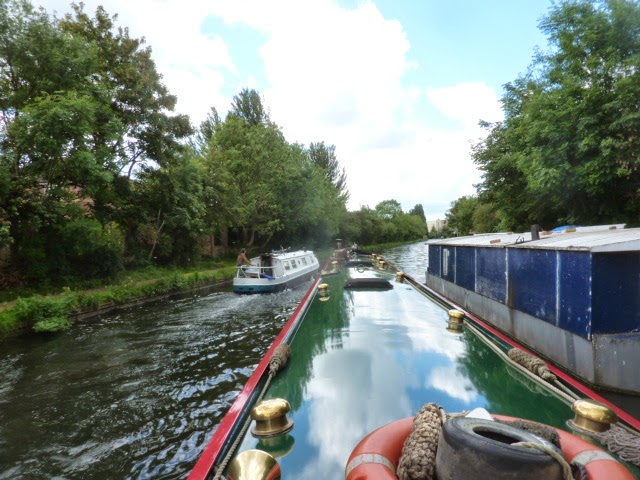 We then stopped at High Line Yachting for diesel, and with Del's tactics of "what deal can you do us mate, or we will bugger off" worked, and he filled us up with a good price.. Hush Hush! 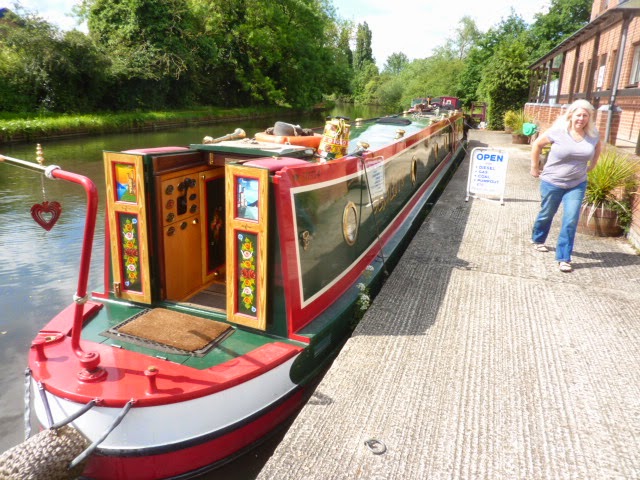 Filled with fuel we needed to now fill the cupboards, so at Bulls Bridge we pulled in for a water top up and Al went to Tesco's. Del managed to do the roof brasses while she was in there. 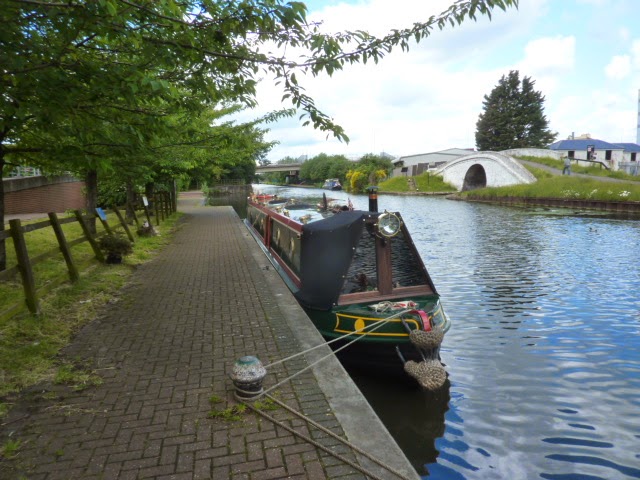 We then headed down the Grand Union to Brentford and soon got to the first of ten locks which were all against us. This part always seems to have the most rubbish in the canal. We have not had to go down the weed hatch at all on this trip so far (so we have been lucky) but we had to on this section and it was mainly plastic bags! Maybe the 5p charge will reduce this? We passed the three bridges which we find fascinating. A road bridge goes over the canal which goes over a railway all in the same place, brilliant engineering. 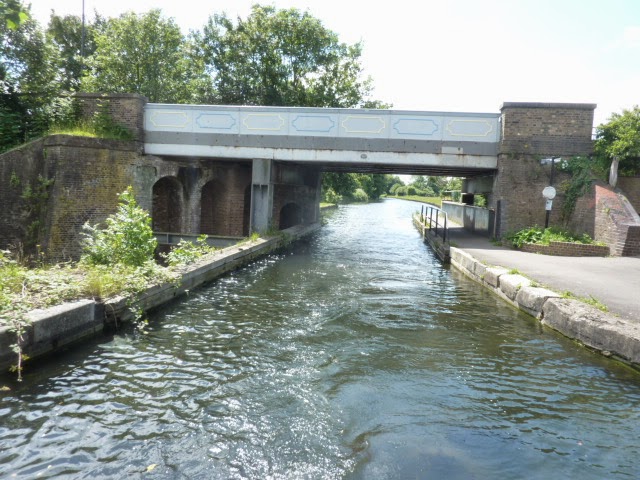 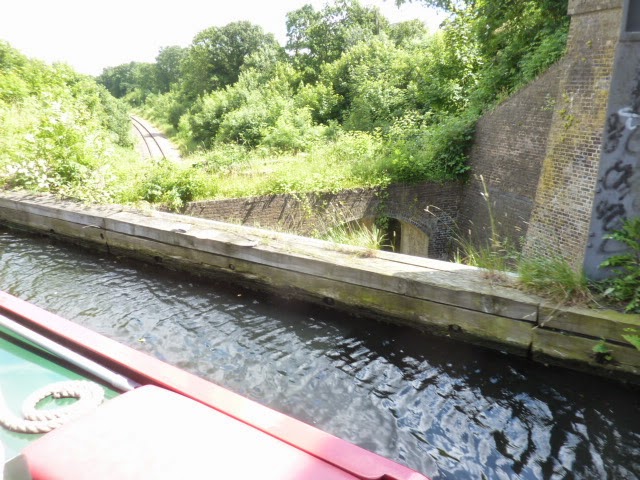 We caught up with another couple on a hire boat who were struggling with the lock gates a bit, so they were pleased to wait for us to join them. 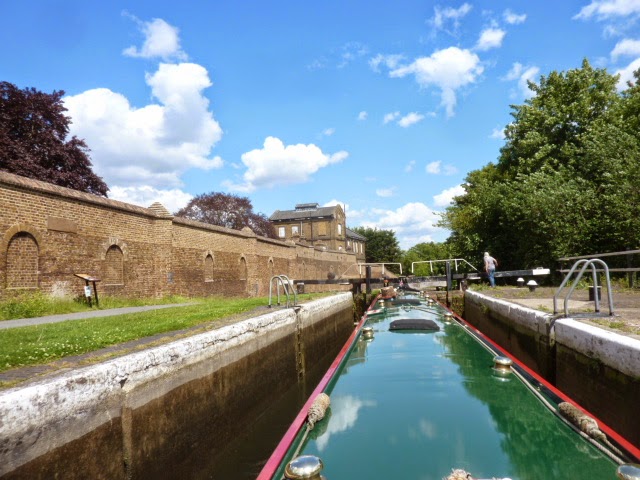 This made the last three locks a lot easier as we got to Brentford.. 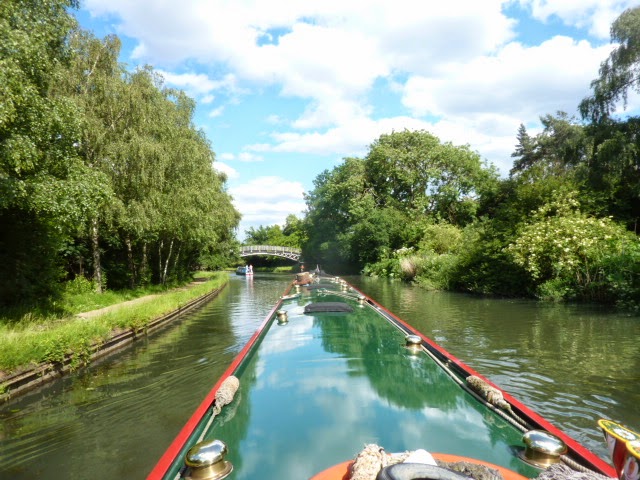 As we pulled round the last bend a guy shouted out "there are no spaces at the lock" so it was a quick manoeuvre and we pulled in front of him. We pinned in and then walked round to check, he was right, no chance. 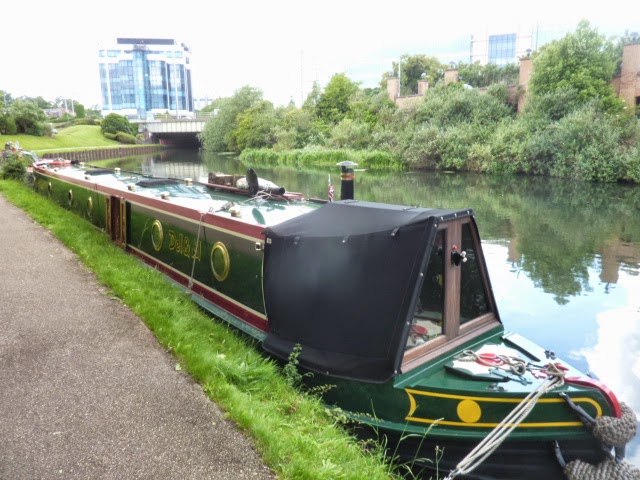 We decided in the evening to rest with a DVD and a nice meal Al had cooked then an early night. We now have to decide whether we go on the Thames tomorrow or wait till after the weekend with the predicted storms ahead.
Posted by Del and Al at 12:24 PM