We were excited about moving into London so we set off early from Uxbridge. As we got to Cowley Peachy Lock we were met by a wide beam coming out of the lock, while Tom on the coal boat was waiting to go in.. 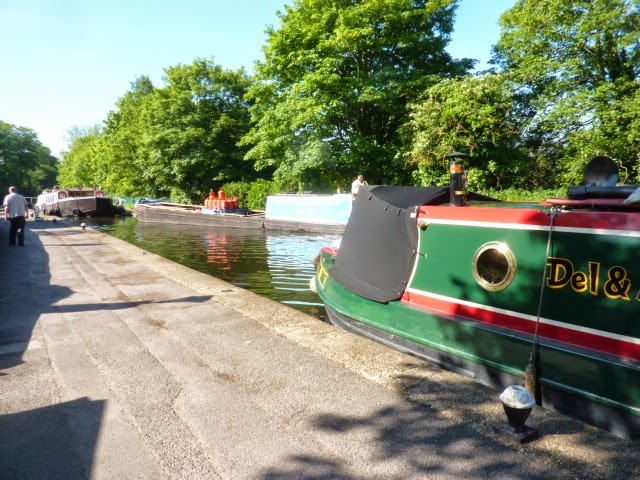 The wide beam came out and had a bit of a tight fit under the bridge and we followed Tom on n.b. Ash in. 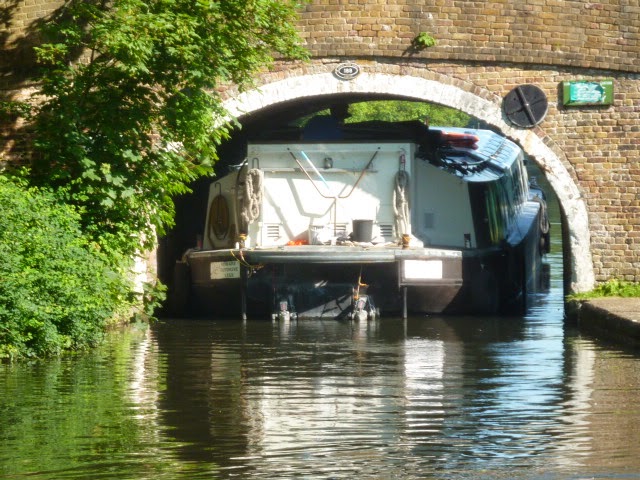 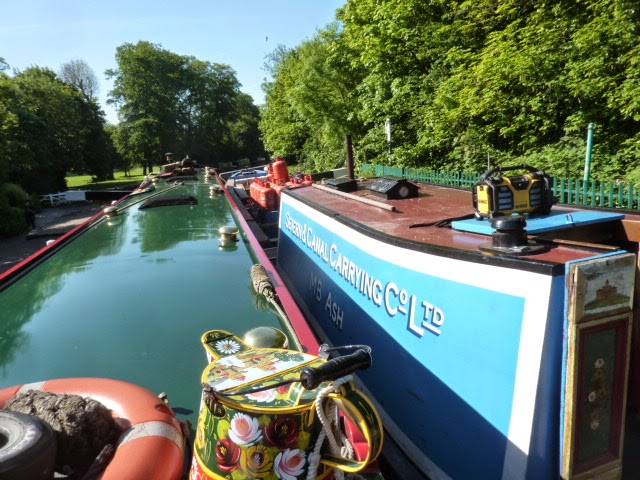 He pulled over waiting for a delivery and we cruised on to Bulls Bridge with no other boats around. 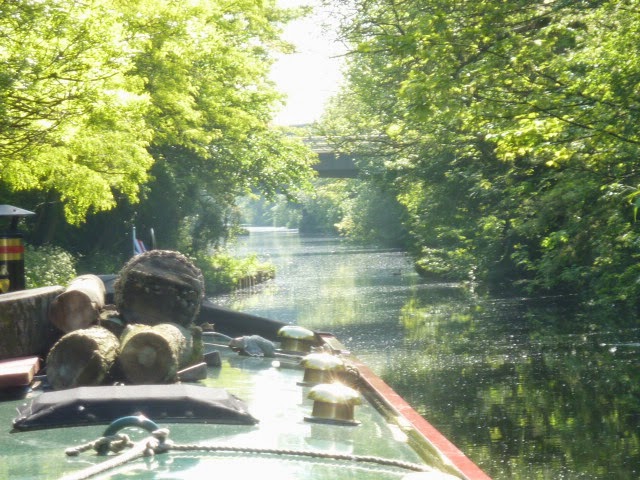 It was strange that we had the whole place to ourselves, the skies were busy though with these three going to Heathrow. 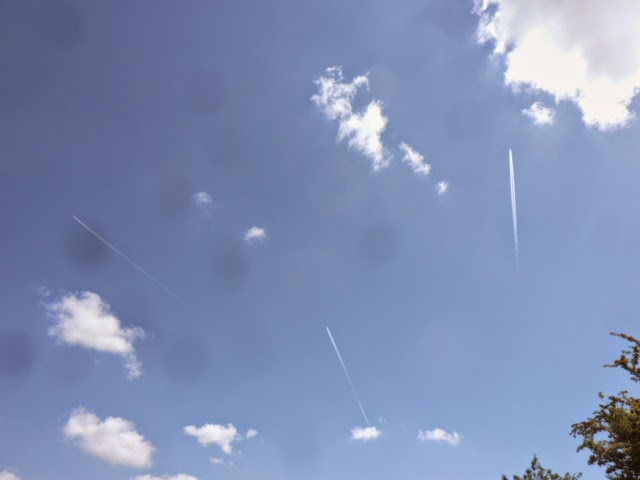 The turn into the Regents Canal was straight forward and we still hadn't met any other boats. 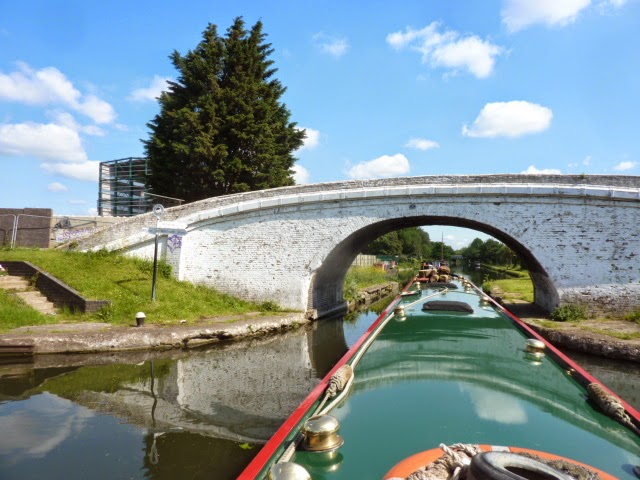 Its a slow going stint with moored boats but who cares we've got all day. 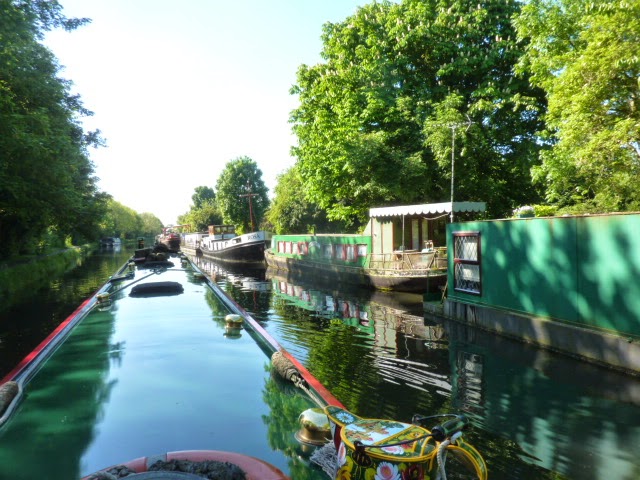 We got to Northolt before we met someone and it was so pleasant in the lovely sunshine, waving to people on their lunch break..  We got to the North Circular Aqueduct and were pleased to be traveling on the cut and not on the roads. 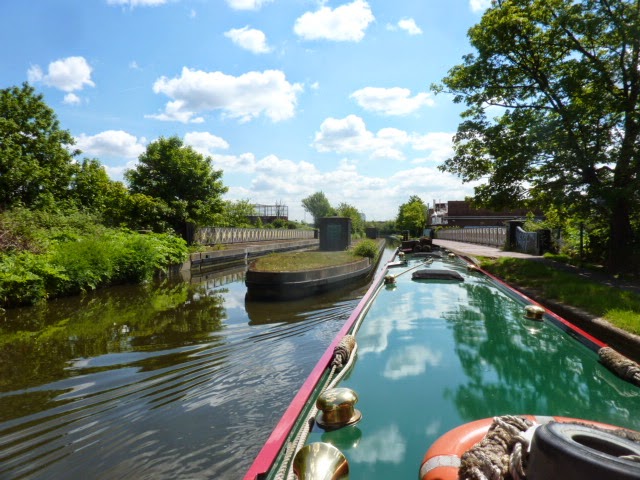 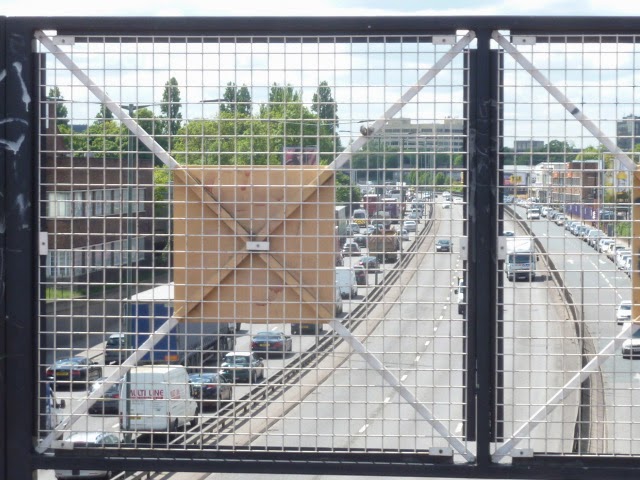 We got to the moorings at Kensal Green and pulled over in a nice spot where we could get a good telly signal. 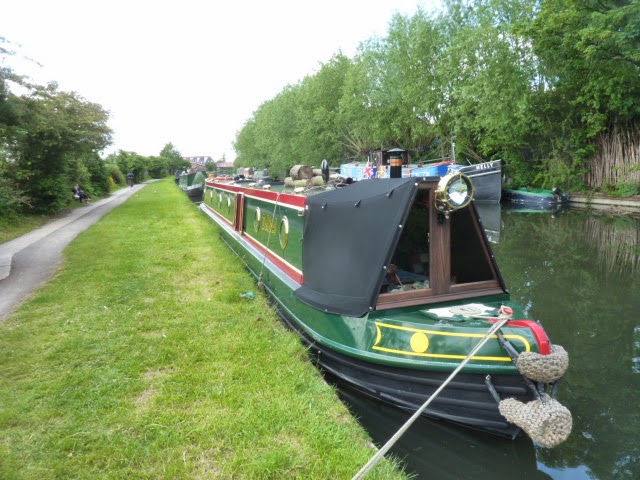 Worn out from the sun we chilled for the evening, though Del did get a London haircut before bed..
Posted by Del and Al at 11:09 AM