After another late night we had a nice lay in, which as you know is quite normal for Tanya and Sam.. The weather still wasn't very good and at midday Tanya and Sam wanted to eat again at TGI Friday's before going on to the theatre to see "The book of Mormon" which they had booked.. We decided to try a new restaurant for us, Bill Wyman's "Sticky Fingers" which is full of Rolling Stones memorabilia and they play Rock music all night.. 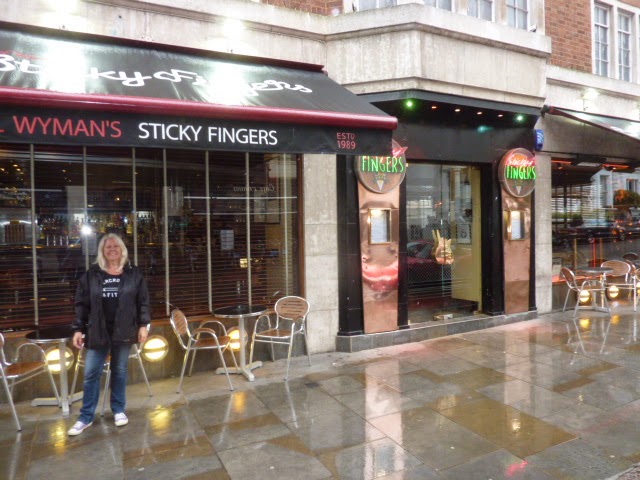 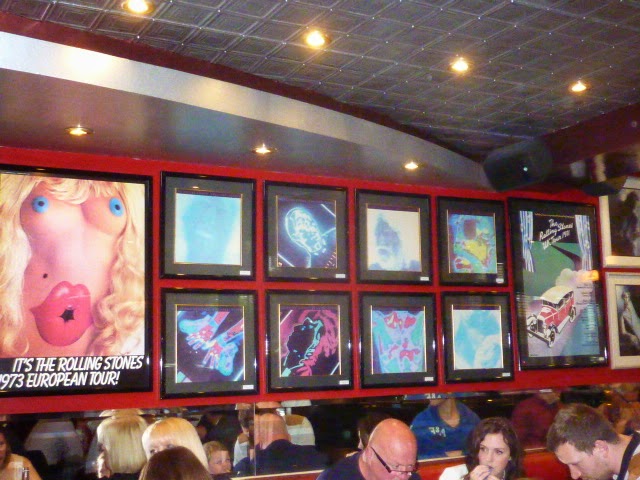 It is the place for Ribs, Chicken, and Sticky Toffee pudding. 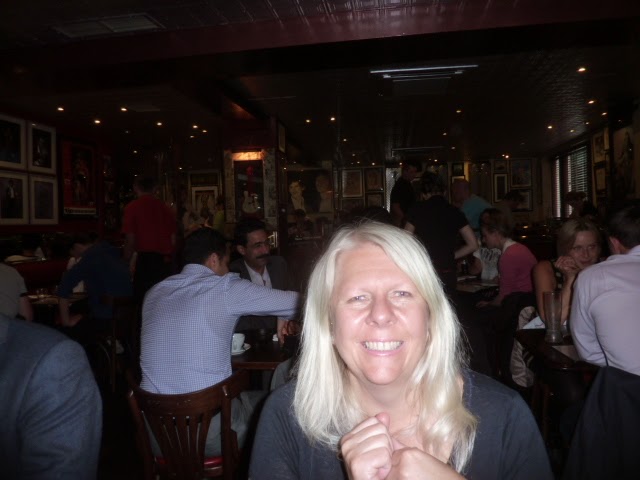 We enjoyed it even though they tried to stitch us up with a £7.90 tip, so we halved it. 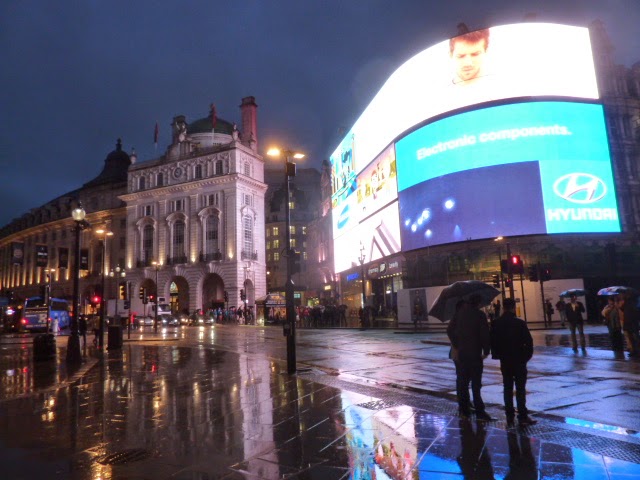 We met the rest of the gang back at TGI's in a wet Piccadilly for cocktails, and a chat about our day's, they really enjoyed The book of Mormon.. 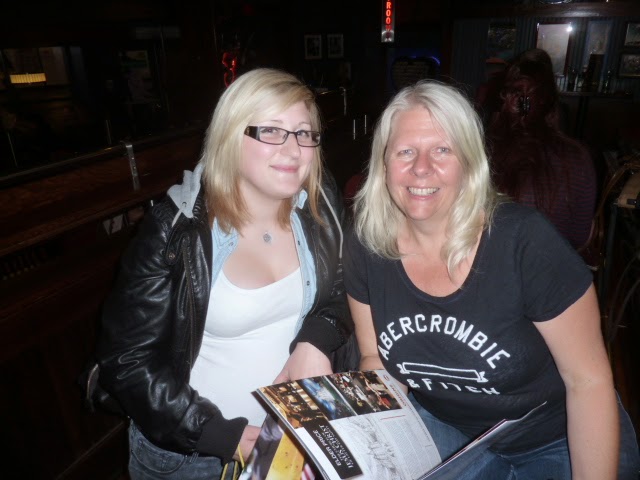 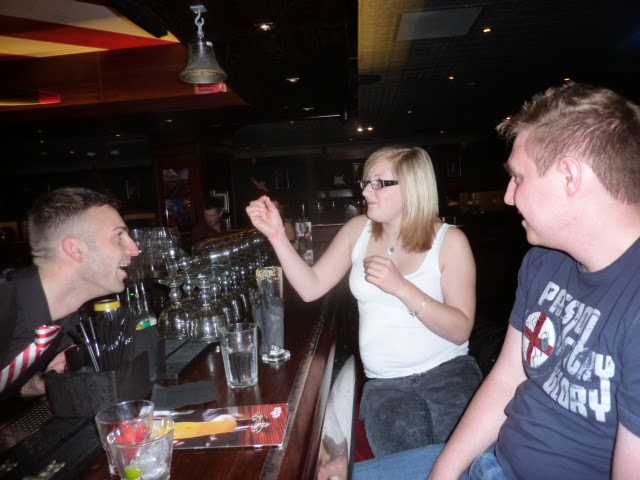 We got back to Derwent6 at midnight.
Posted by Del and Al at 6:33 PM