The weather looked like thick cloud all day so we got up early and took a slow cruise up to Braunston tunnel.. 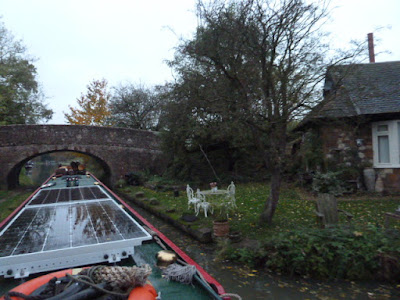 A boat came out just as we went in and we had it all to ourselves. 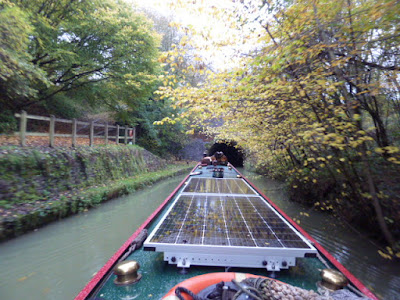 When we came out it was raining hard, typical! We then got to the lock and didn't know whether to  go down the flight of six or moor up till the weather had improved.. Al walked down to the lock and then noticed the pound below was nearly empty.. Del moored up Derwent6 and then we investigated the situation.. Both gates were open on the next lock so we walked down and closed them all.. 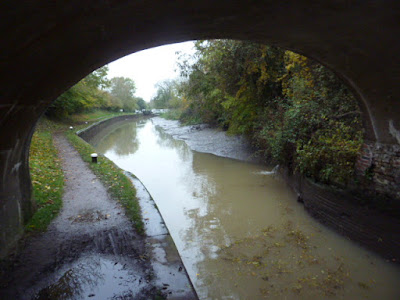 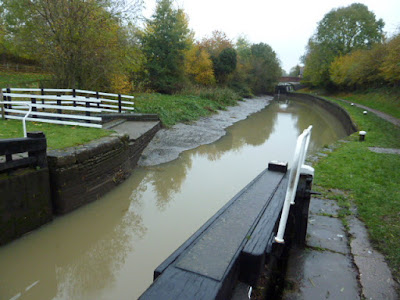 We then left two paddles open on the top lock to let water down and went and had a cup of tea for 15 minutes.. By this time a boat was coming up and CaRT had arrived and the pound was nearly full. The guy from CaRT found a blockage on the lock bypass channel and a big plastic bag came out when he lifted it right up.. The boat coming up got through with no trouble and we decided to go down as the rain had turned into a very light on/off drizzle..
We had the locks in our favour for the rest of the flight, just having to top up the lock to get the gates open.. 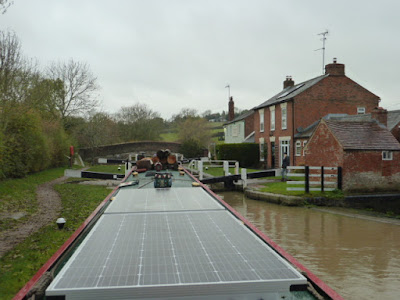 We got to the bottom lock, and it was here that we always used to wait in the lock during the winter months while we used the chandlers, but they closed earlier in the year and the building has now been turned into a very nice Artist shop.. 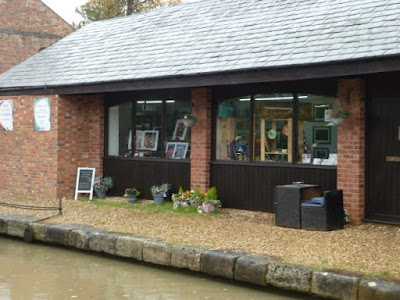 The weather was rain, drizzle and some dry spells but we were damp now so we pushed on through Braunston. 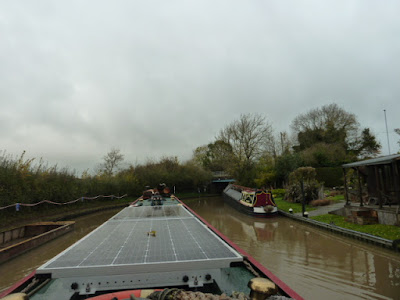 We were shocked to see a widebeam on the Oxford going up to Rugby and it was very tight to pass where they were moored.. 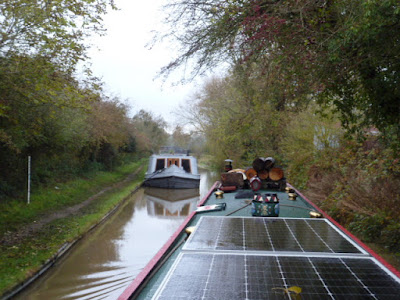 It was lovely to be out in the countryside again with the wind and drizzle in our faces. 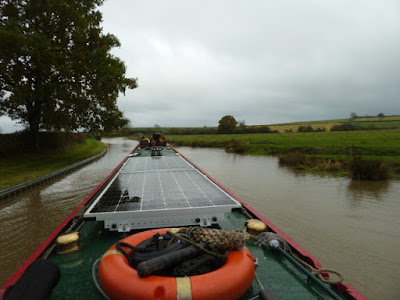 We moored up at another old mooring of ours at Onley. 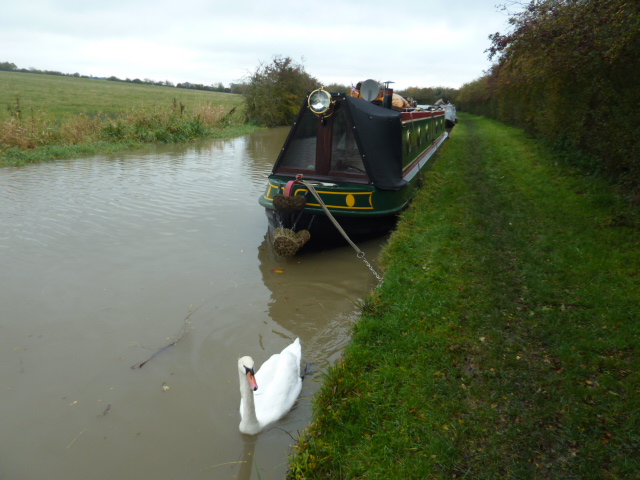 We hadn't lit the fire (because we had the tunnel early) so it took some warming up when we had stopped..  Once warm though, we were very snug, and Al made some lunch and we have to be honest it was hard to keep our eyes open.. 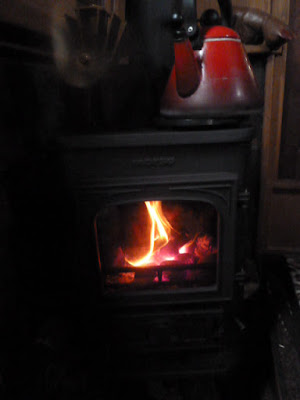 The days are so much shorter now so more planning has to be done when cruising.. We enjoyed our short trip down to Tring and the Wendover arm on the Grand Union, but as we are still very worried about the engine keyway situation, we want to be in familiar territory so we can sort things out easier if required.. We also have a lot going on over the next couple of months, so its all very exciting!
Posted by Del and Al at 10:15 PM

If you're looking to burn fat then you certainly need to get on this totally brand new personalized keto meal plan.

To create this service, licensed nutritionists, fitness couches, and cooks have joined together to develop keto meal plans that are effective, suitable, economically-efficient, and enjoyable.

Since their first launch in early 2019, 100's of people have already transformed their body and health with the benefits a certified keto meal plan can offer.