It was another early start for us as we wanted to make our way down the Grand Union while we could. The weather was helping us and it was a lovely day. We crept down to Wolverton going over the Iron aqueduct. 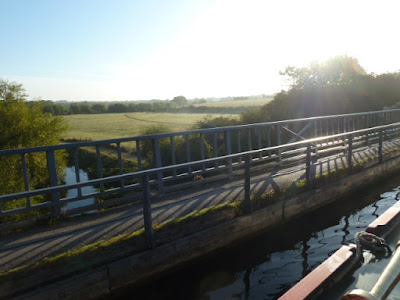 We then followed it past the famous wall by the station.. 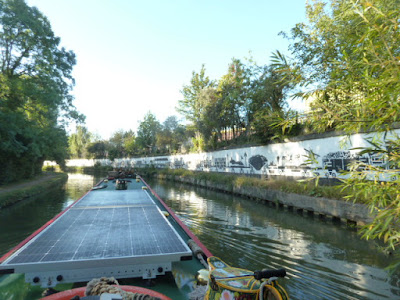 Then it was over another aqueduct and it was satisfying seeing all the traffic queuing, maybe we will get there before them.. 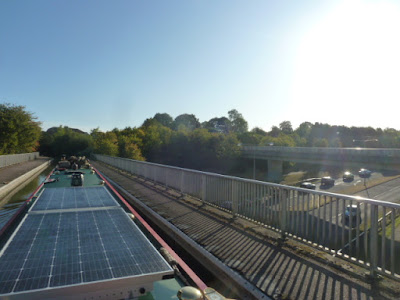 There is definitely now more boats moored down the Grand Union, and we were on idle, it seemed, for 40% of the way. 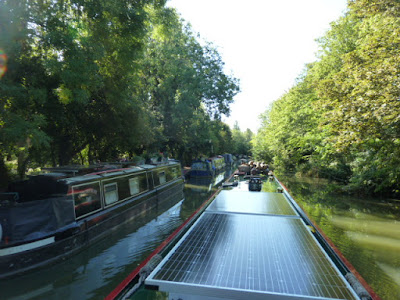 Also widebeams are a big feature around Milton Keynes. We saw one coming, so we stopped on a blind bend covered with trees and could only sit there and wait, but they didn't stop, missed the bend, and hit the bank very hard. "That was lucky" they said as they passed us.. 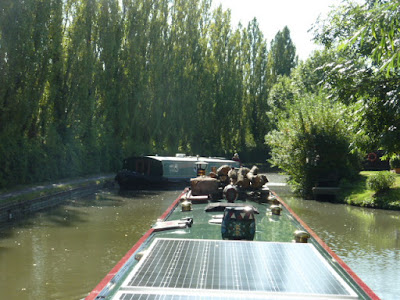 They were on one of the widebeam hire boats and didn't have a clue what they were doing, and on checking the bridge we went under a big fresh chunk had been taken out of it.. 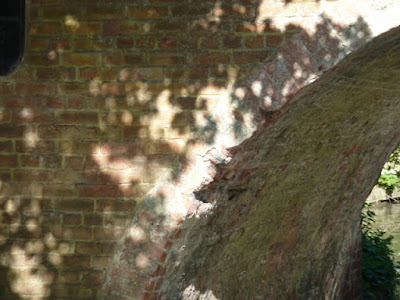 Anyway moan over. When we went through the busy Campbell Park we were amazed to see two spaces on the 48 hour moorings, just typical as we didn't want to stop yet. 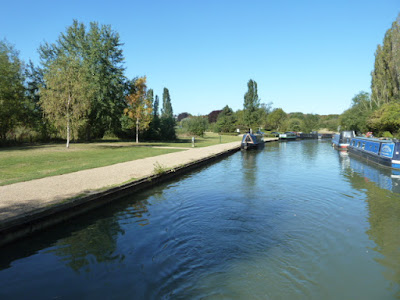 It was then past all the work going on at where the new Milton Keynes to Bedford link has been started. 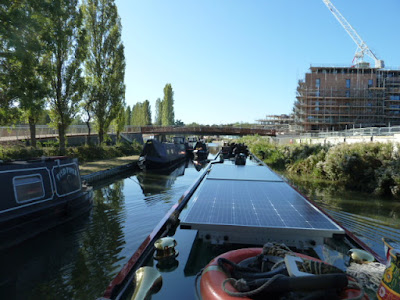 There is a new Campbell Wharf marina here and the expensive Y bridge is nearly completed. 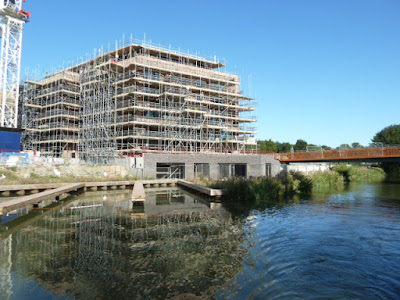 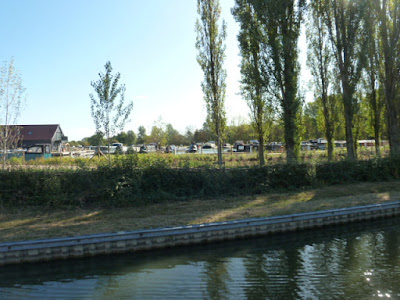 This will be the start of the Bedford link canal and it will link with the Great Ouse if it happens. 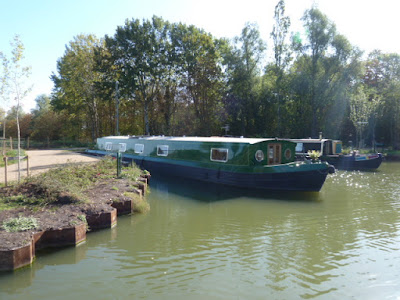 This link has been currently blocked by a new road scheme, which can't find the cost of fitting a tunnel under it, very short sighted when you see so many people getting some tranquillity from our waterways in this hectic world.. 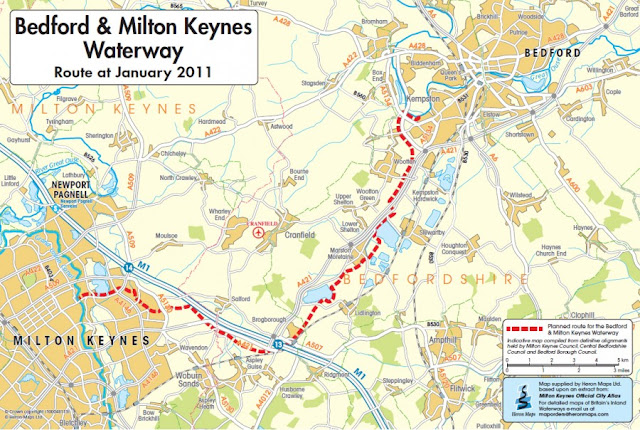 If we are honest we preferred the quiet woodlands and walks which were here..
We carried on towards Fenny Stratford with its lock and a bridge in the middle of it.
We were lucky as two boat were coming out and left the gates and the bridge open. 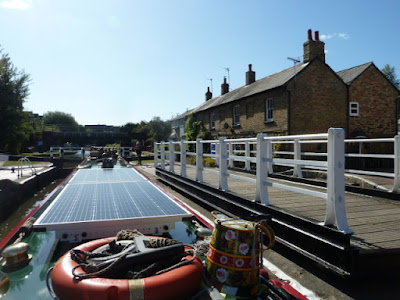 We then headed to the pretty Stoke Hammond lock and we had no problems here. 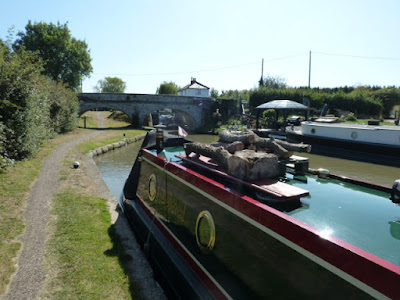 After a mile we hit the Soulbury three locks and found three fantastic volunteers who helped us up the flight in no time.. 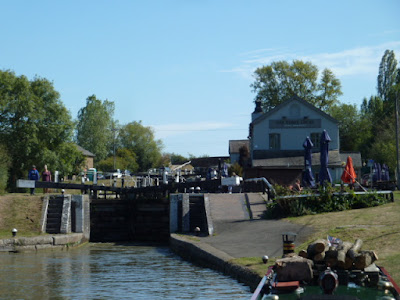 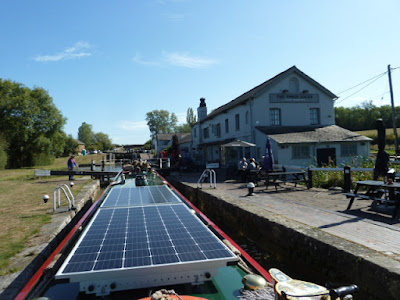 At the top we had two hazards, the first was CaRT doing some sidings. 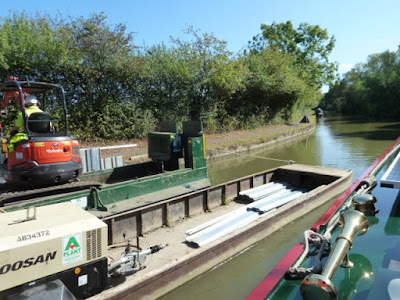 Then we had to dodge a fallen tree. 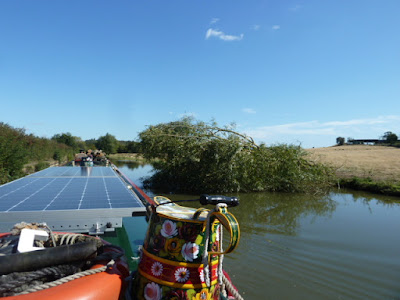 It had been another long day so we moored in a place we like to chill for the rest of the day. 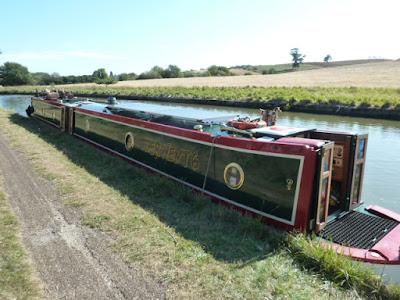