We were up early as Al was cutting Del's hair. We then got a text saying Marilyn and David on n.b. Wakahuia were close by and Marilyn had made some cheese scones for elevenses. They arrived at 10.45pm and sure enough Scones were on the table. 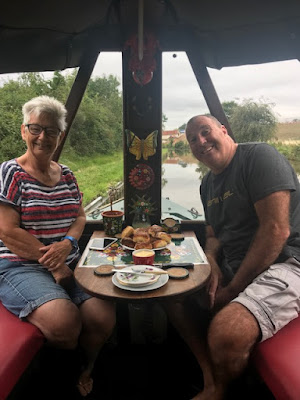 We met Marilyn and David on our trip to New Zealand in their campervan and we knew they had a boat in the UK which they use six months of the year. 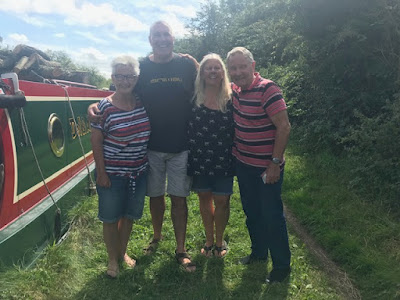 It was so lovely to see them and those scones were to die for.. 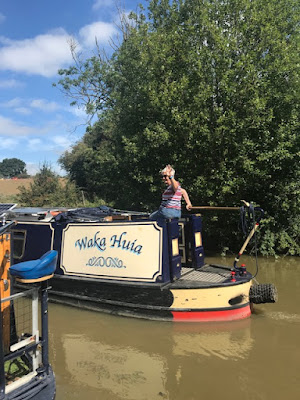 We were just chatting when Hilary and Andy on n.b. Maisibert came by on their return trip.. They promised to stop for a coffee and that's what they did.. 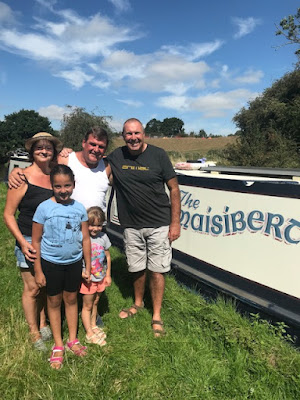 It was great to see them all again having a good time.. 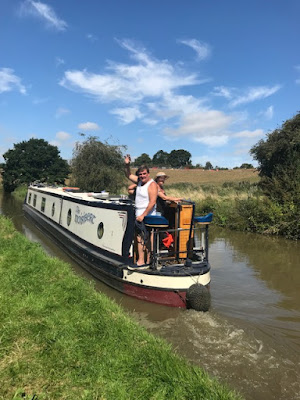 We were a bit pressured as Del had his osteopath appointment at 2.00pm and we had a bus to catch at 1.30pm. We made it and got to the appointment bang on time.. We were there for an hour as the osteopath pulled Del about and could feel the problem.. Del has had this problem for about 18 months and we think it happened when he lifted half a tree on his shoulder one winter. He now has another appointment in a couple of weeks and has some exercises to do along with an ice pack as well.
When we came out we had some time for a coffee before we headed back on the bus to Derwent6. It had been one of those quick days, and we wondered were it had gone....
Posted by Del and Al at 10:18 PM